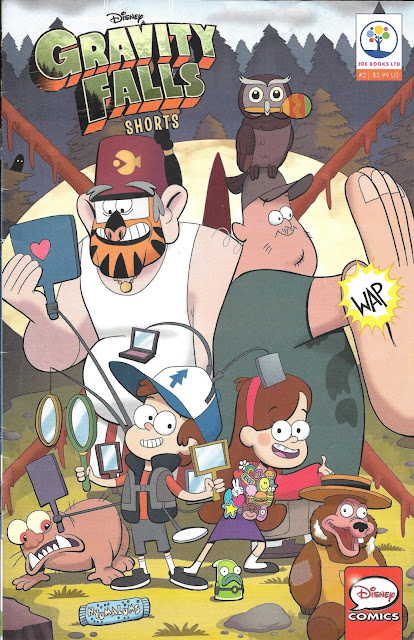 The best animated program to come along in a lone while

I am a HUGE Gravity Falls fan.

Just how HUGE? Here, this is the only time I’ve cosplayed anything in my entire life. This is me as Grunkle Stan from the show. My son is playing Soos there beside me. 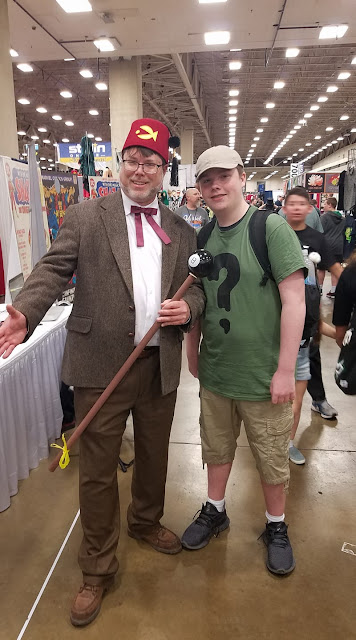 Why am I fan and what is Gravity Falls? Gravity Falls was a comedy-horror cartoon that aired on Disney XD from 2012 to 2016. The show had two perfect seasons of 40 episodes. Executive Produced by Alex Hirsch, the show cemented him as “a guy I have to watch no matter what he is attached to.”

The show follows twins Mabel and Dipper as they are dropped off in Gravity Falls for their entire Summer vacation. The person in charge of them is their slightly crooked, but loveable Grunkle Stan. Stan runs a tourist trap of a roadside attraction / gift shop called the Mystery Shack. He also hides a deep dark secret under the shop the threatens the existence of our entire world with annihilation at the hands of a cosmic entity that cares nothing for humanity.

It’s good fun. And Lovecraftian. There’s a character on the show that is the spitting image of what I expect Nyarlathotep would actually be like. The final three episodes wrap up all of Gravity Falls mysteries while also charting the destruction of the entire town as Weirdmageoddon is unleashed and our vast cast of survivors must “Take Back the Falls!”

Unbeknowst to me, Disney released some short 2 to 3 minute mini episodes to play between shows. I found the IMDB for them shortly (ha) after starting this review.

These shorts were cut into single frames and edited to form a comic book series. The Gravity Falls Shorts comic lasted for four issues. I don’t know if they covered all the shorts. Here is a sample page of content, which feels compressed, but reads as a direct transcript of what occurs onscreen. 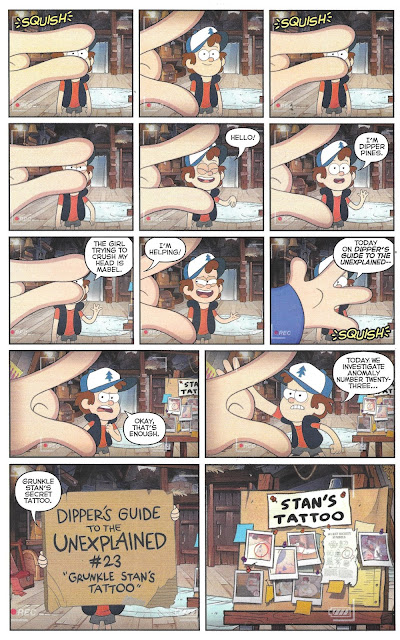 The good and the bad of this is, if you’ve seen the cartoon shorts, you don’t need to buy these comics, Unless you just can’t get enough of Gravity Falls. Even as big a fan as I am, I can’t find myself diving for more. I will state that the books are faithful and designed to hit all the same story beats as the animation they are taken from. The only drawback is the size of the panels tends to shrink to accommodate the action in places. They are good, but not as good as the actual animations.

The good news is that because of this issue and the strength of these short tales set in the Gravity Falls ‘verse, I did a little YouTube searching and came across this:

Yep! That is all the shorts in one handy-dandy place. You Gravity Falls fans who, like me, never got to see these can thank me later.
Posted by SonOfCthulhu at 9:21 PM