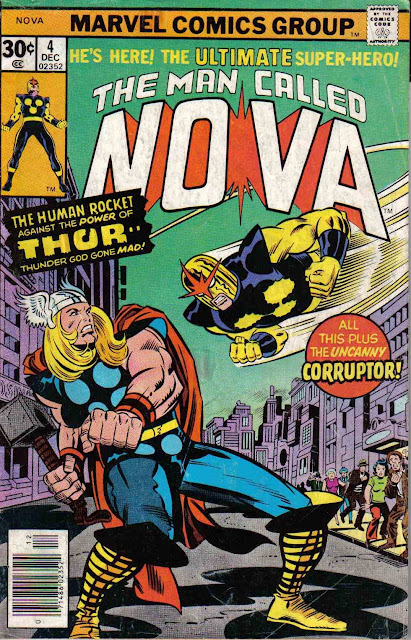 I have a soft spot for Nova. He’s had an uphill battle from the moment he was created. His origin is a near complete rip-off of the Silver Age Green Lantern. His powers are pretty much the standard superhero cookbook recipe of medium power super-strength, flight and limited invulnerability. Nova’s had two kinds of villains: 1.) original and crappy or 2.) stolen from another Marvel hero. Nova is now on his fourth unlimited series. His first three series combined didn’t make it as far as Rom or Micronauts – series that are based on fricken’ action figures. Heck Dazzler’s magazine had a longer concurrent run than the original Nova did.

Additionally, the whole “origin of Nova” thing sounds like a bad mad lib. Marvel has been creating heroes since the 1940’s under various publishing names. You think by the time Nova gets created we’d get origins that were much better thought out. Heck, I could summarize Marvel’s or DC’s hero creation during this period with a fill in the blank form and a couple of spinner wheels. 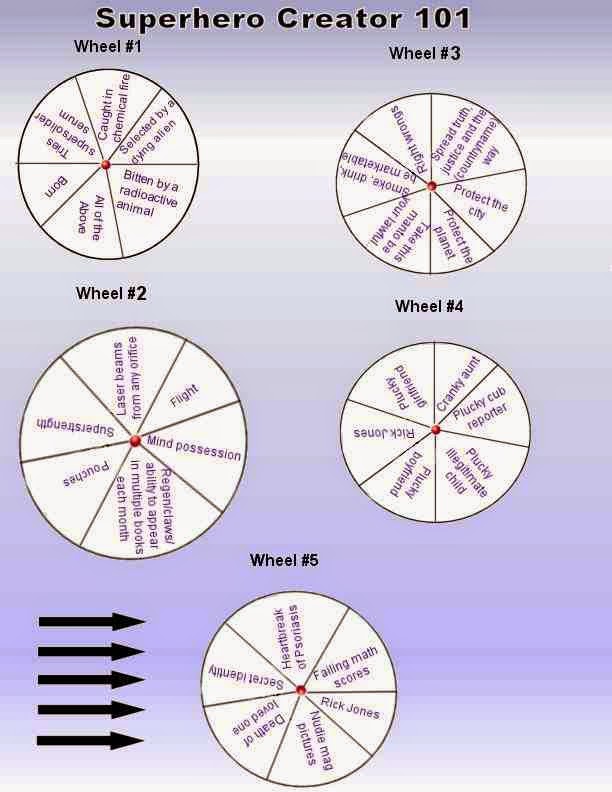 So I’m hoping this latest character revival from the Annihilation miniseries gets Richard Rider the chance he deserves. It’s the least Marvel could do for screwing up his school grades. Reading through Nova’s first series leaves you with no doubt as to the value of proper study time. We continually hear Rider lament about how superheroing is ruining his math grades.

Note the Rhoda reference. I’m looking forward to the next time Spiderman drops a “Friends” quote.  Anyway, as sad as failing math might be, Nova’s got bigger problems coming his way. Seems a warehouse fire in a chemical plant (see spinner 1) has caused a man to develop the power to possess people (see spinner 2) while giving him the personality of a demon. Luckily, Thor’s on hand to stop him. 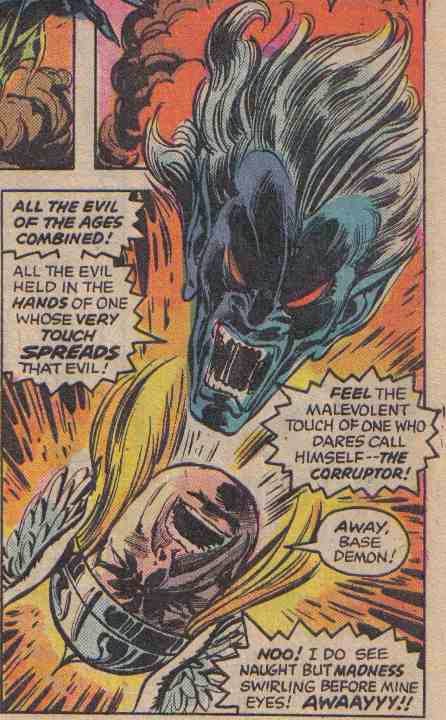 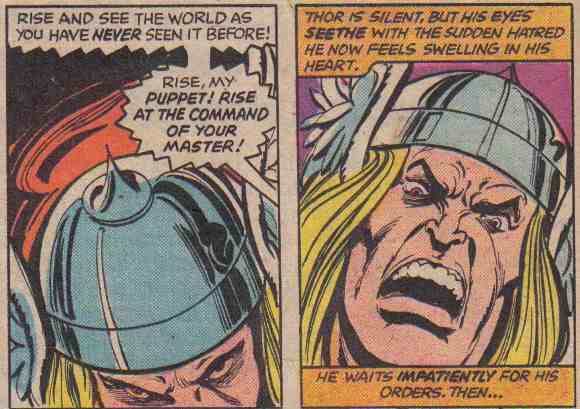 Or maybe it’s not such a good thing Thor’s around. You can tell Thor’s evil now because he looks like he’s smelling dirty diapers. Meanwhile Rider endures being picked on by fellow student and all-around thorn in his side Mike Burley. Mikey is an amazingly complex one-dimensional character. He in no way resembles Flash Thompson. He’s smart and Flash was dumb. He has dark hair and Flash had blond hair. He taunts Richard and Flash taunts Peter Parker. Nothing formulaic here. 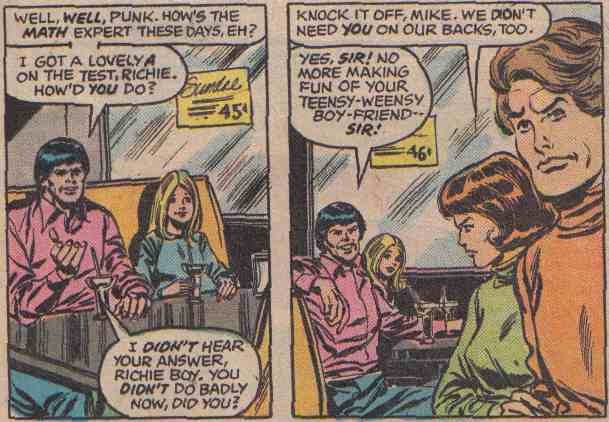 Mikey’s been peeking at Rider in the gym showers it seems. So Rider sees Thor flying by and decides to change into Nova and introduce himself. Under the influence of the Corruptor, Thor lays the smackdown on Nova. Nova gets up from the confrontation and crashes Thor into his high school. I’m thinking he’s just trying to demolish the place so he won’t fail anymore math tests. Thor knocks Nova into a swimming pool and tries to drown him.

Green Lantern – power ring capable of creating anything its user imagines. Nova – dorky helmet that lets you breath in space for 15 minutes. If I were Rider, I’d feel a bit jipped right now. Nova wins this fight because the villain suddenly turns back into a human, freeing Thor from his control. Here’s how that meeting Nova wanted goes. 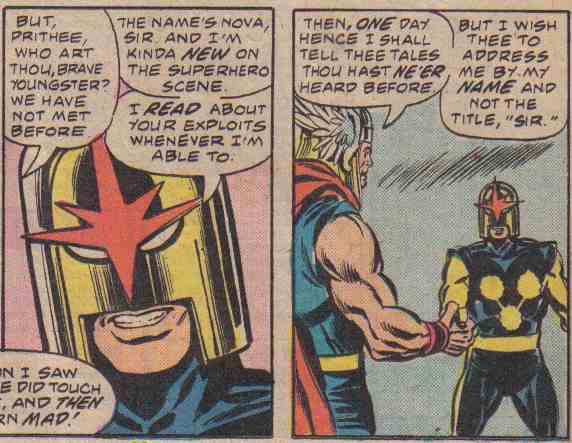 Tales of Gladiators. Hot sweaty Spartans with huge muscles gleaming in the sultry sun. But not now Nova, you’re underage. Joining forces, Thor and Nova track down the Corruptor who has again taken possession of chemist Jackson Day. After some brief fisticuffs, Nova floors him and Thor trucks him off to Avenger’s mansion.

Nova Villain Meter:
The Corruptor – 1 out of 5 Mephistos
Posted by SonOfCthulhu at 4:11 AM