Ads in the Crapbox, Part II 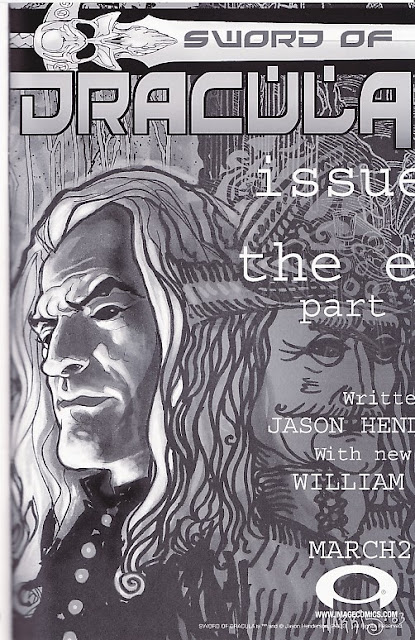 Someone at Image must have felt pretty silly about this ad screw up. About a full inch is missing from the right side of the page. Either that or the book comes shrink-wrapped “with new WILLIAM.” Sure hope they left the dude an air hole to breath through. 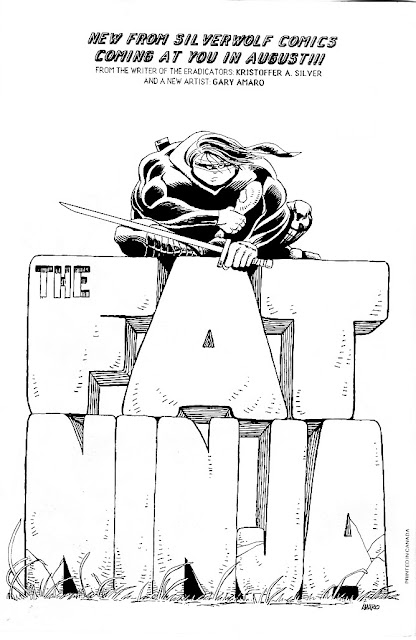 It’s amazing to me that somehow in the late ‘80s we ran out of subject matter for new comic books. How else could we explain the existence of a book about a “fat ninja”. 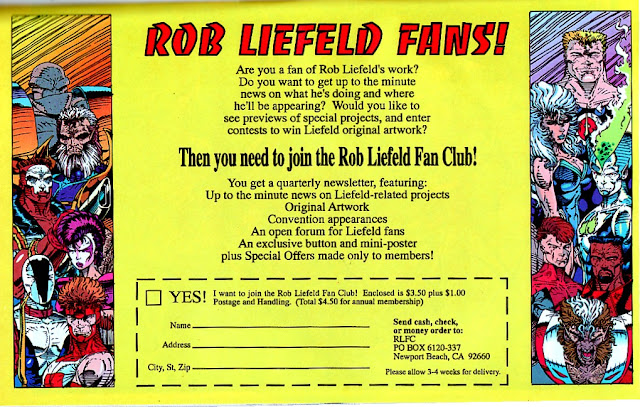 Hard as it is to imagine these days, there was a point in time when many people liked Rob Liefeld art. Liked it enough to send him $5 for a crappy button and mini-poster. Nowadays, many people would send him $5 to quit drawing altogether. 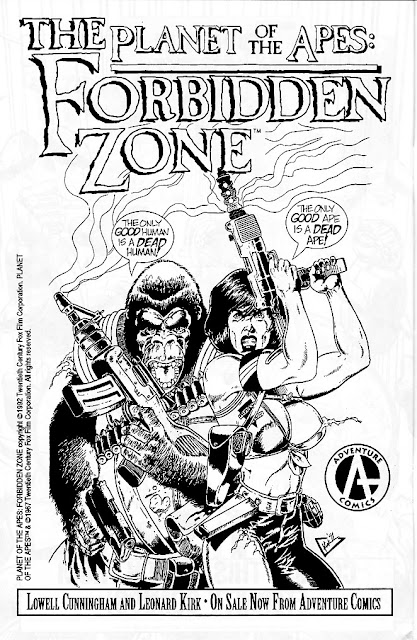 When these came out, only good Planet of the Apes were the original set of five movies. The second reboot has been good so far, but at the time I'm glad I never saw these.

Two about shoes:
These two appeared in the exact same comic mag. I think it was Nick Fury’s Howling Commandos. I was struck by the techniques used by the ad agencies to sell shoes to the pre-teen to young adult market. I just had to comment on them here. 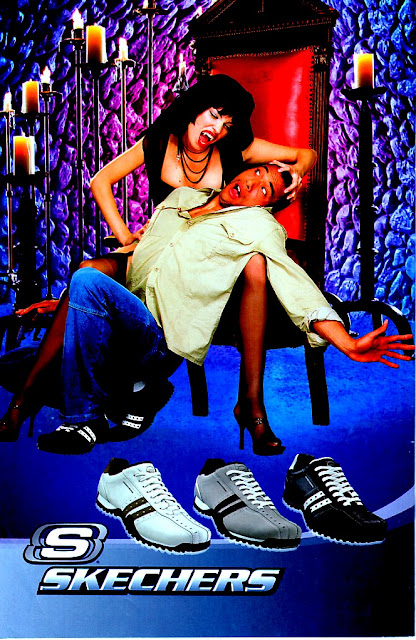 Skechers is a brand of shoes trying to be hip. Misspelled names always mean you are trying to be cool. The ad on display here is unfortunately sending me other messages. These messages are one of the following:

“The only hot women a loser wearing Skechers could pick up would have to be an undead biach.”

“Vampires love Skecher’s shoes. Because they make our prey too slow to get away.”

“Unlucky in love, about to die and wearing goofy shoes. Sucks to be you!” 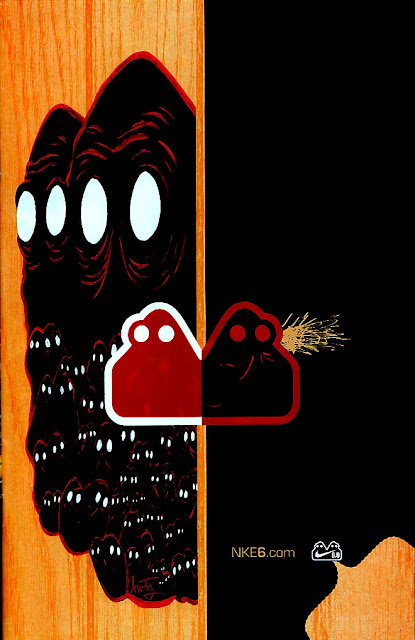 At least with the Skecher’s ad I could tell they were selling shoes. WTF is this all about. Going to the website explains a bit more. This is Nike’s new line that is endorsed by Gen X eXtreme sports gamers. If it wasn’t for the small Nike swoosh in the corner, I wouldn’t have even gotten that it was for their products.

What the ad did make me think of was Gloop and Gleep, the snot creatures from the Herculoids. Man I miss the Herculoids. My favorite character was Tundro, the rhino-triceratops thing. I happened to catch an episode the other day on Cartoon Network’s Boomerang. Boomerang is a great network in that it still is showing old cartoons. Look at how MTV and the SciFi channels sold out. MTV never shows music videos anymore. Just crappy reality TV and even crappier award shows. And don’t even get me started on the SciFi channel. Series like CSI are not science fiction. Heck, where are shows like Lost in Space and Voyage to the Bottom of the Sea suppose to go when they die if not the SciFi channel. Neither of these stations remained true to their mission statements. I should write a nasty letter to their broadcasters. While I’m at it, I’ll write one to the current owners of the Hanna Barbera product line and find out why the Herculoids aren’t out on DVD yet.

What started all this again?

Posted by SonOfCthulhu at 8:34 PM