The Fairer Sex, Part I: American Woman #2 (flip side is a Samwise short) 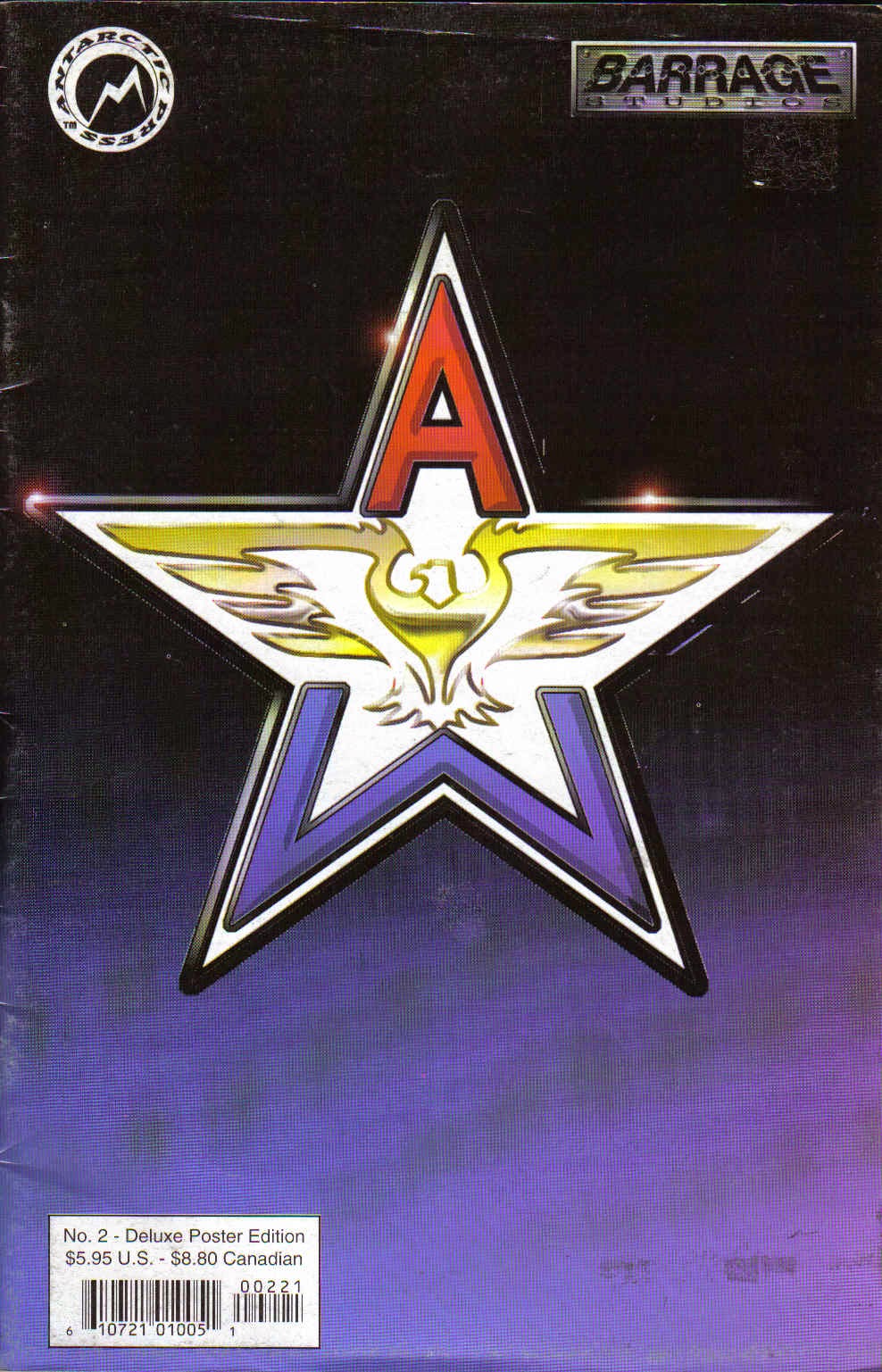 
Antarctic Press has made a name for themselves with their Warrior Nun and Gold Digger series. The shop is still in business today and appears to be doing booming business with steampunk and zombie tales. This was one of their lesser known titles and it has a very special place in the crapbox. It is, without a doubt, one the shortest and most pointless series I’ve ever read. I’ve read Razorguts and Rare Bit Fiends, so that last line says a lot. American Woman’s entire run is two issues.


I can only assume that issue 1 of American Woman (...get away from meee-he…) had an origin story. Here we get no explanation of her powers, origins or who she really is. What we get is a six page fight with shiny bubbles attached to the outside of a building. About 80% of the action is told through the mouths of various news reporters. We get two panels of American Woman (…mama, let me beeee-he… sorry, I’ll stop now) thinking something and then the building blows up. 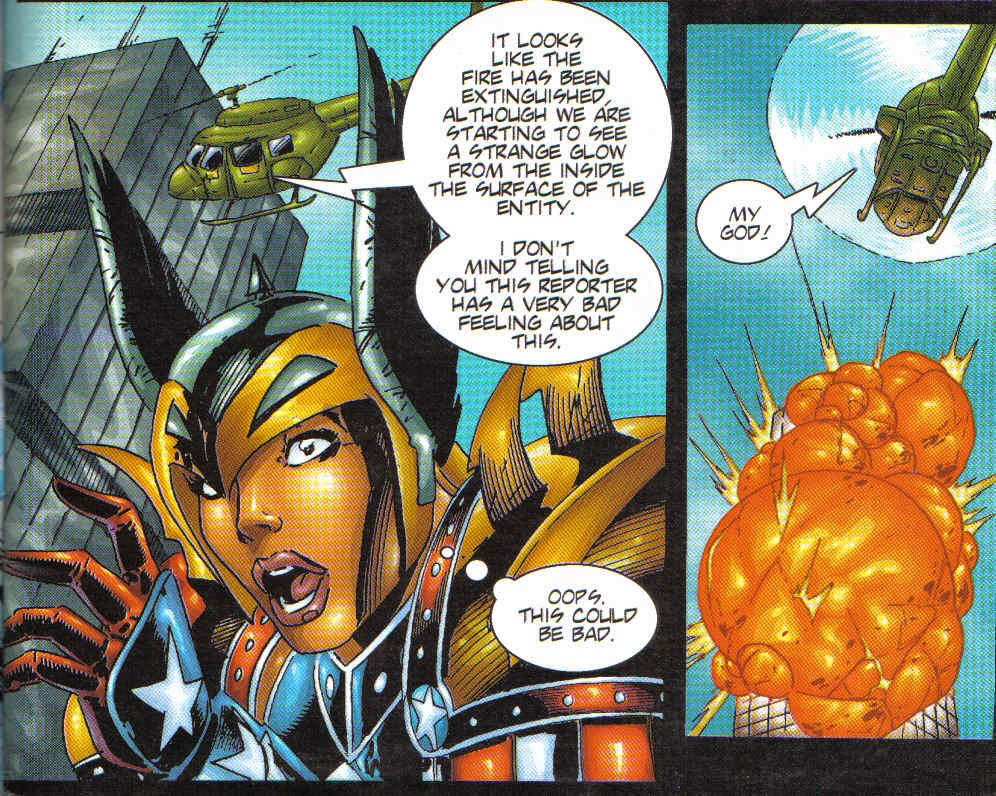 I wasn't aware she was speaking of the storyline at this point. Oh, and surprise, the building is undamaged! By the end of this issue none of this will matter, trust me. Because of all the power she’s absorbed, AW gets covered in skyblue energy and stars while flying off to parts unknown. It’s then that we are introduced to the main villain of this issue. 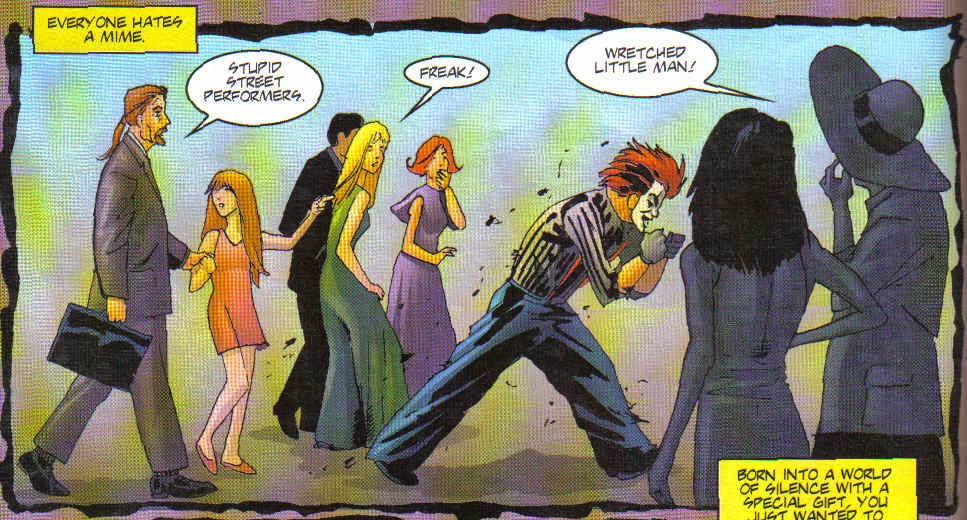 The Mime. Not a rip-off of Joker, DC lawyers. This guy doesn’t speak. He’s hated by everyone. And he has invisible weapons. Like this little number: the invisible WORLD-DESTROYING BOMB! 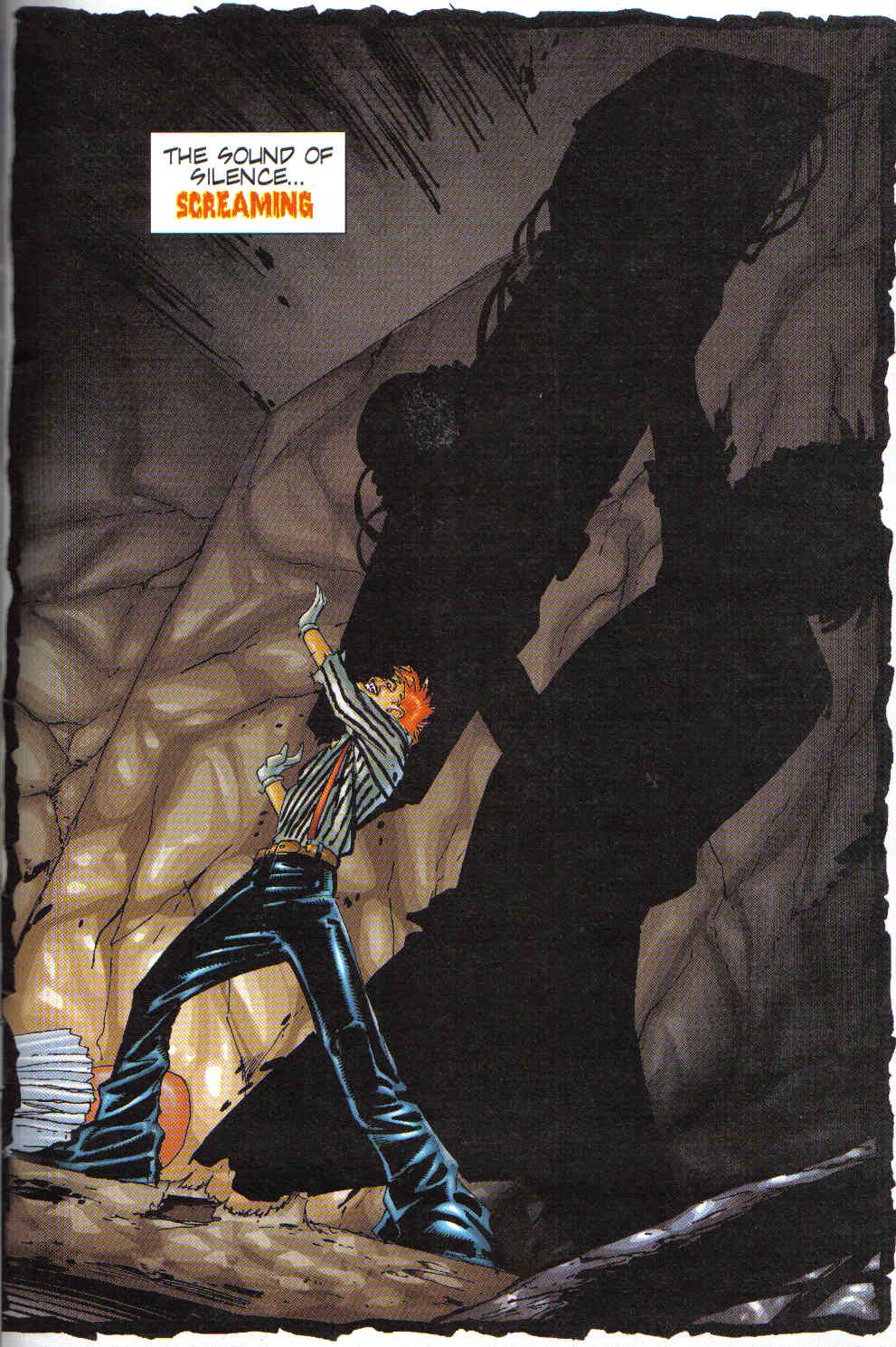 I’m totally serious about that. And speaking of serious, Amercan Woman gets into a serious chat with some guy she knows. Who cares what his name is, in less than four pages, the issue and series is over. Here she is covered in blue sparkle stars. 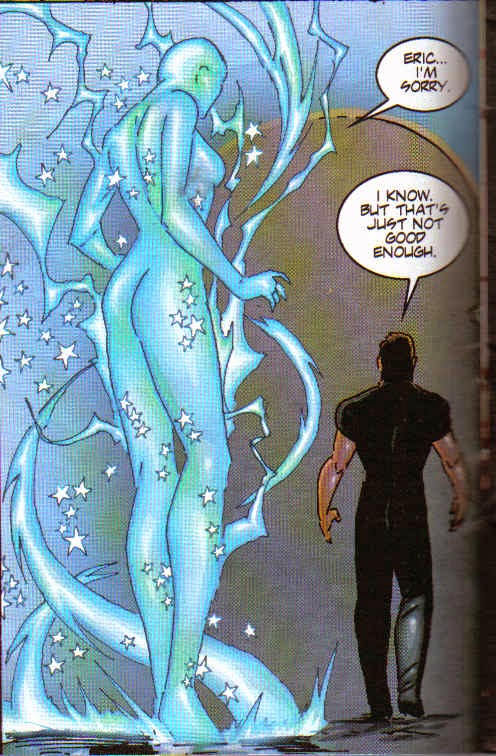 Next we see AW, she’s speaking at an Independence Day rally. The mime is there doing tricks in the crowd. As usual the people are hurling insults at him. Meanwhile American Woman spouts off stuff that sounds vaguely fascist like the line below. 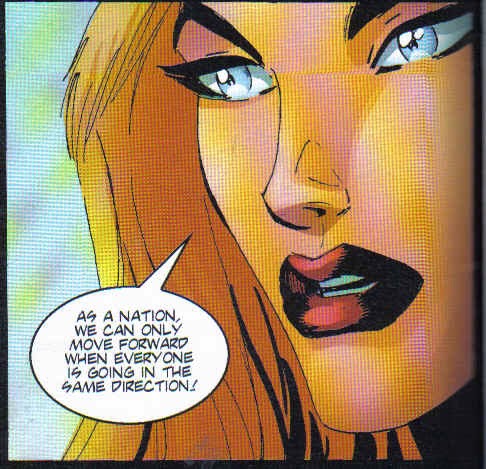 Except ours is a nation built on individualism and freedom of speech and many other large concepts that insure the right to dissent from majority opinion. Sieg Heil, American Woman, Sieg Heil. She shouldn’t be up there anyway. She should be stopping the mime, who is in the process of lighting the FUSE on the invisible PLANET DESTROYING WORLD BOMB. 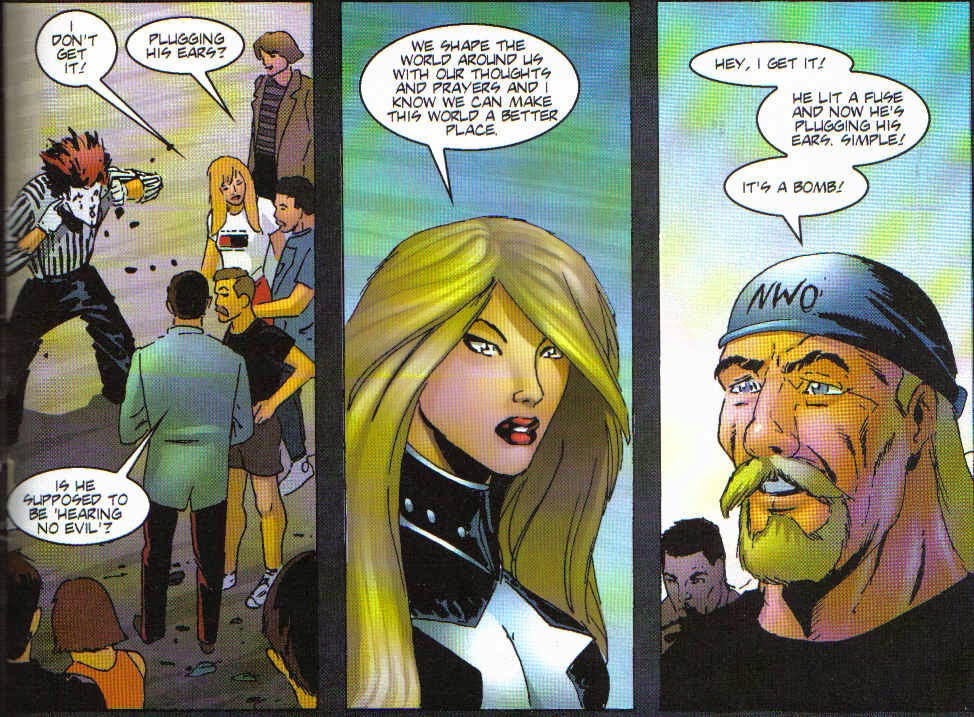 Yeah good luck with all that, American Woman. If only Hulk Hogan-man there was our hero. Boom! 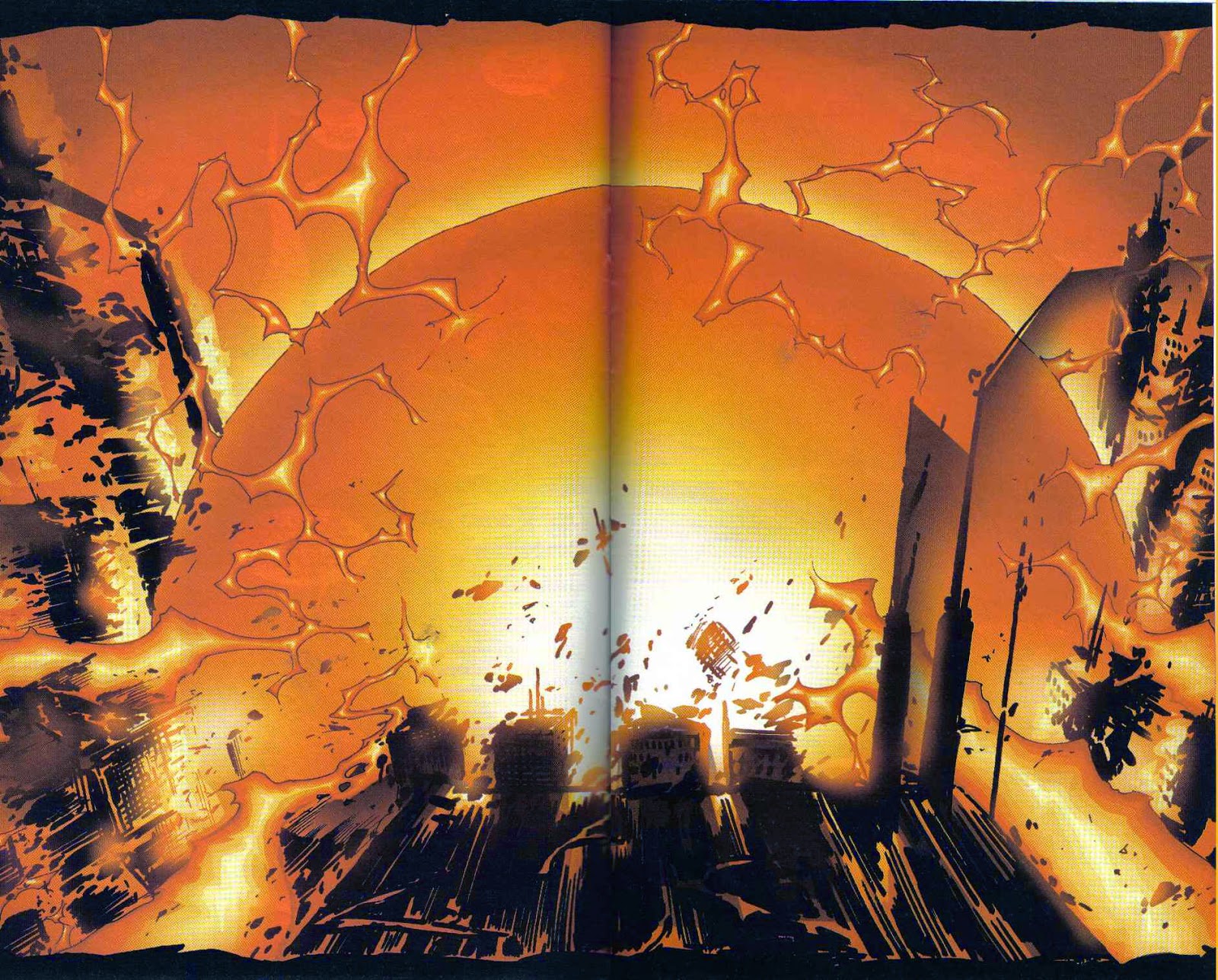 Heh-hee! Well there goes the neighborhood. No wait! It’s a WORLD DESTROYING BOMB. 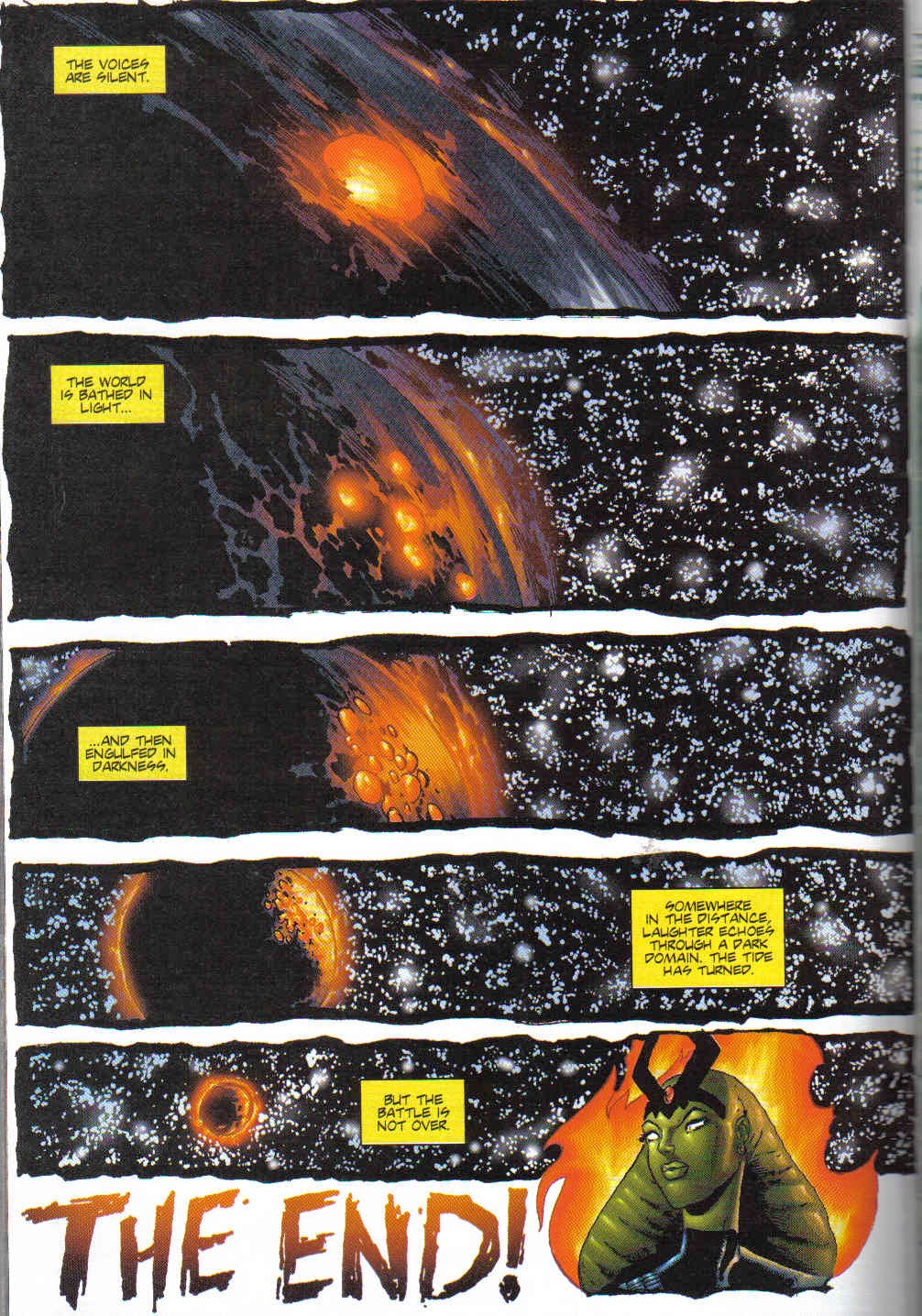 American Woman should turn in her hero license for this. I will say this: American Woman is possibly the best hero parody I’ve ever read. What hero lets the villain destroy the world. Better than All-Star Batman and Robin. That is suppose to be a parody, right? 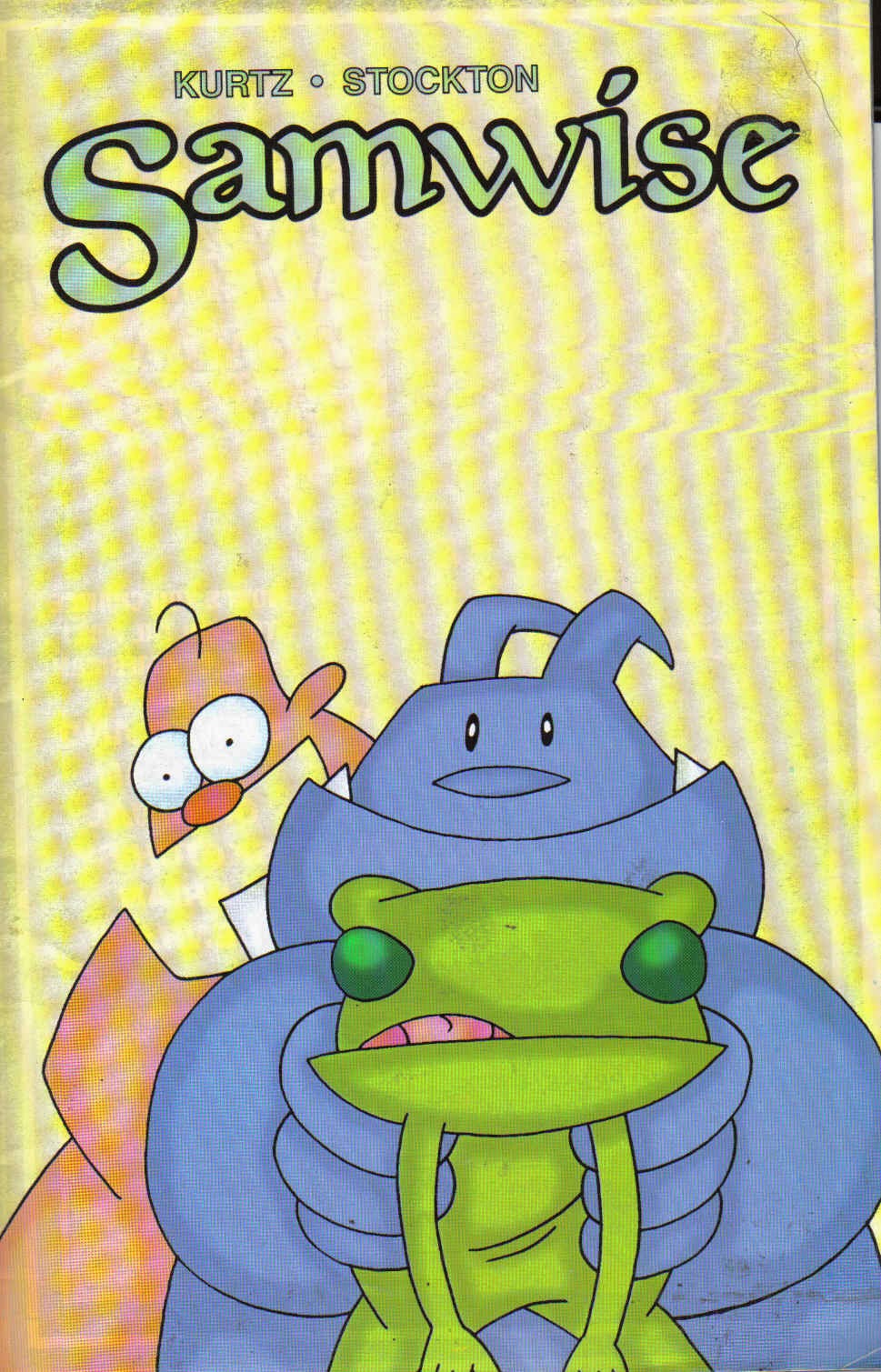 The Samwise feature on the flipside of the comic was four pages long and the whole joke was ruined by the publisher putting the pages out of order. Come on guys, you can’t count to four? You can’t put four pages in sequence? Nitwits.
Posted by SonOfCthulhu at 3:29 AM