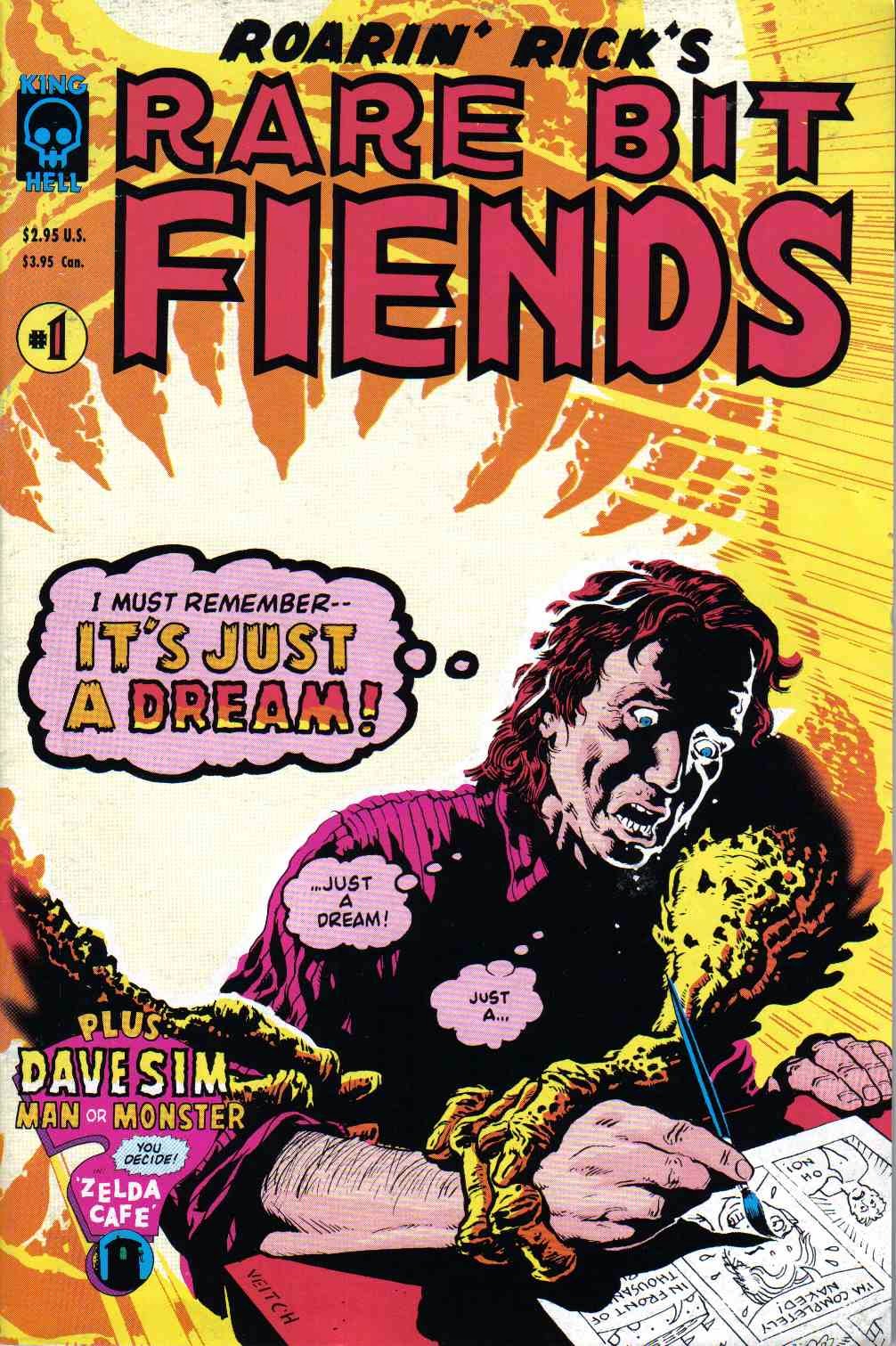 The Most Bizarre Book Ever! Period! 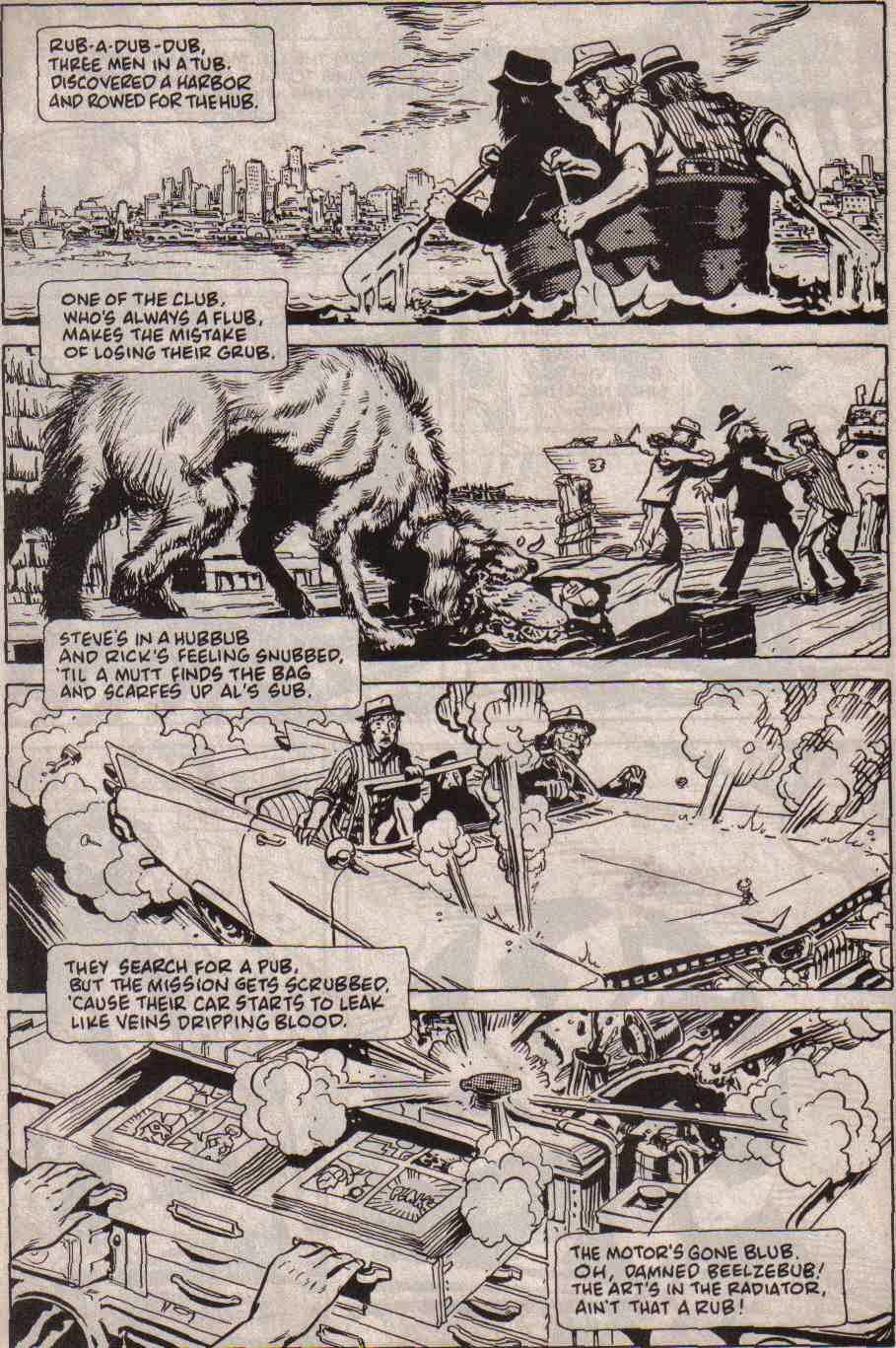 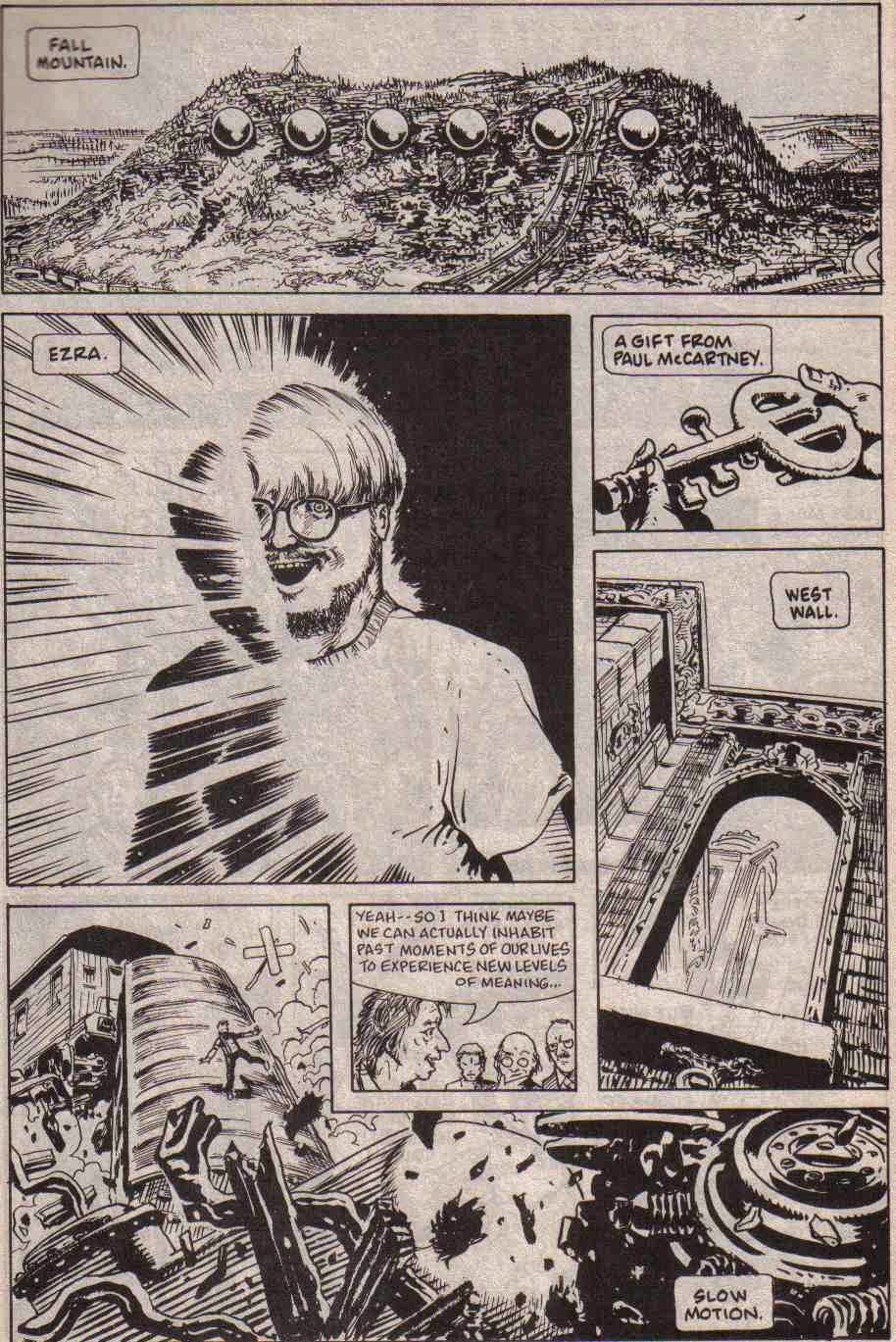 Above you see pages 4-5 and 8 of Roarin’ Rick’s Rare Bit Fiends #1. I placed them up there with no commentary because they speak for themselves. This book is what I imagine dropping acid must be like. Each page is either a self-contained story or a series of random panels. Every 5 pages or so we have a new story of the three men told in a very simplistic rhyme scheme but telling a similar peculiar story. There are no real characters, no real conflicts (although there is one fight scene), and many odd images juxtaposed around other odd images. What the heck is this? The 60’s all over again?

No, but it takes some reading of the letter column to make any kind of sense of this. Or you have to have heard of the an obscure comic by Winsor McCay run in the 1900’s New York Evening Telegram (If you saw these when first published, please raise your hand. Or have the nursing home assistant raise it for you).

Rare Bit Fiends is a pet project of Rick Veitch, who was Alan Moore’s accomplice on Miracleman and Swamp Thing. After Moore left Swamp Thing, Veitch took up the writing chores for the magazine for the next two years. Bad blood between him and DC occurred when he was denied the ability to run a story where Swamp Thing meets Jesus near the end of a story arc where the man-monster was trekking through history. It was at that time that Veitch turned to self publishing books.

So what is this book? It’s a dream journal of Rick Veitch. It contains ideas and situations taken directly from his dreams. He got the idea from a challenge issued by Scott McCloud to several artists to write and draw a 24 page comic in 24 hours. Rick’s first result was a dream journal that he released to his friends in ashcan version to rave reviews. The less said about “rave reviews” from friends and fellow artists, the better. 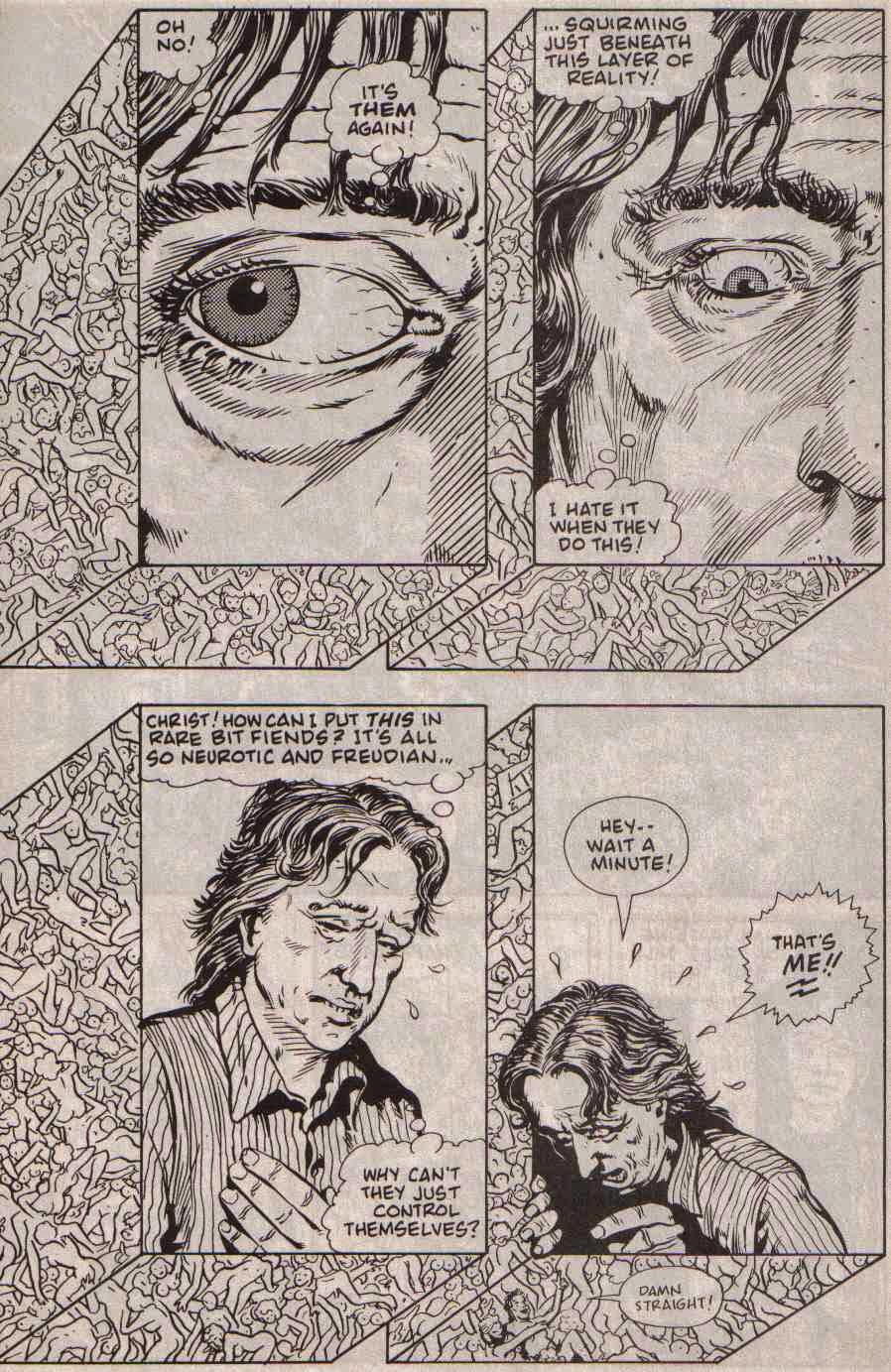 There are 21 issues of Rare Bit Fiends floating around out there, somewhere. No doubt they are awaiting the pull to someone’s crapbox, perhaps even mine. If so, I can’t imagine them being more bizarre or random than this one.
Posted by SonOfCthulhu at 6:41 PM