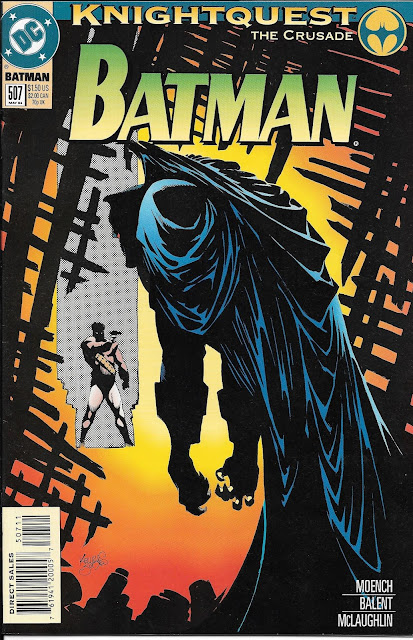 
Knightfall introduced us to the character Bane, a diabolical madman with a plot to destroy Gotham's protector once and for all. He releases all the inmates at Arkham Asylum, driving Batman to run a gauntlet of his old foes before facing Bane in a climactic battle of physical strength. It is a fight Bruce Wayne, in his weakened state, is ill-prepared for, leading to Bane lifting the Dark Knight over his head before administering a devastating drop onto his knee, snapping Batman's back. 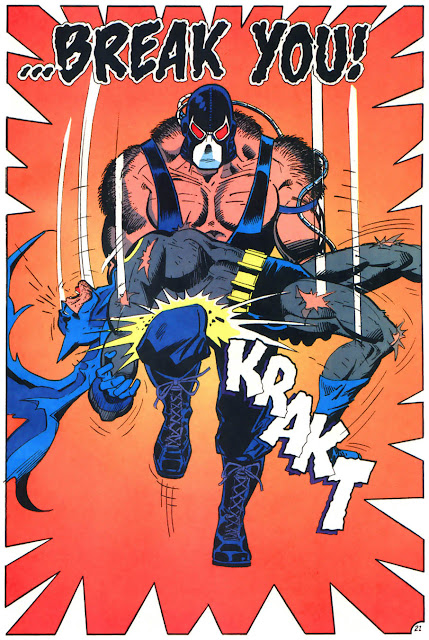 Don't worry, he got better.


But in the meantime, Gotham needed a protector, so the injured Bruce Wayne tapped the recently introduced Jean-Paul Valley to take his place behind the Bat-mask. Or as we say, screw you Mr. Grayson. Previously Jean-Paul fought crime as Azreal, a costumed adventurer who had been brainwashed to become an assassin-enforcer by The Sacred Order of Saint Dumas, which I guess venerates that guy who wrote The Three Musketeers.


But I digress. Azreal turns out not to be the protector Gotham needs but just the one they get right now. He decides that the Bat-costume doesn't adequately shield his tender parts enough and there just isn't enough shooty-stabby-slashiness going on with it. So his brainwashing allows him to remake the suit to his own liking and what we end up with is, well, frankly quite silly. 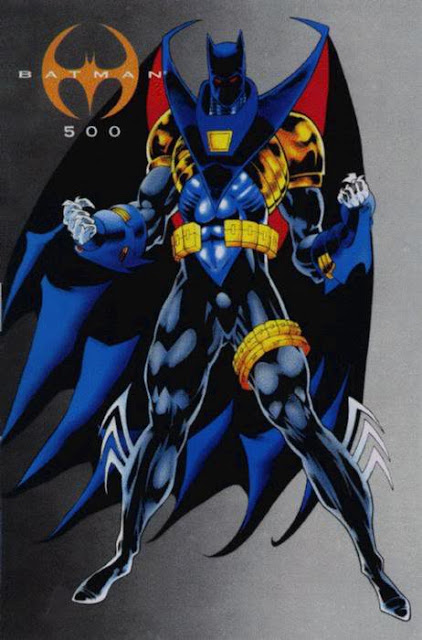 That's supposed to be Batman.


And a full helmet.


And with wrist-mounted guns that shoot bat-symbol-throwing stars.

That's like Edward Sissorhands levels of sharp there. I have no idea how he could catch someone without injuring them, drive the Batmobile or relieve himself without injury.

It looks like the worst mashup of Lady Deathstrike and Night Thrasher imaginable. This replacement for Batman's iconic cape-and-cowl was almost as startling as Jean-Paul's use of it on Gotham's criminals, proving himself without compunction when it came to killing them.


Thus the opening of this story has Batman teaming up with someone Bruce never would, acting in a manner very un-Batman-like and looking like something that slithered in from the 90's Image comic's lineup. Written by Doug Moench with his tongue firmly planted in-cheek, the issue acts like it knows this pretender to Batman's throne doesn't deserve any respect by giving us these three "knuckleheads" as the antagonists.

Doug Moench can write a good story. I have several of his Master of Kung Fu books that are as deep and well written as any comics the House of Ideas had out at the time. But in this Batman issue, Doug phones it in. Those three up there are our villains of this piece, a trio of punks who ape the Three Stooges down to the last eye poke.


Add to this mess the product of DC's failed "Bloodlines" crossover event from the Batman annual and you end up with a story that is intensely unsatisfying. What was Bloodlines you ask? I have several of the annuals in question in Crapbox, but they looked so uninteresting that I haven't read them yet. Wiki tells me that it was crossover where by every 1993 DC Annual introduced a new and unusually lame superhero. The catalyst to all these pop-up, D-list newbies was each of them began as a normal person until they were attacked by an alien who sucked their spinal fluid. In most people this resulted in death, but for these lucky individuals, they got superpowers. It's as hackneyed as it sounds.

So our lame helper for this is Ballistic, a Korean-American former member of the Gotham City police whose special powers are armored skin, super strength, night vision and super-hearing. He uses guns as his primary offensive weapons though, relying on his training with the police tactical unit. This would not go over so well with Bruce Wayne's Batman. Jean-Paul doesn't seem to care.


So that's our setup: While wearing a suit of high-tech armor with gloves made from Wolverine claws, Batman works back-to-back with a demon-faced Punisher rip-off while fighting punk-rock versions of Moe, Larry and Curly.


That's the 90's comic buying experience for you in nutshell.


The issue is like one long unfunny joke on the audience. From Ballistic's single-minded pursuit of bounty money…

…that is hammered in over and over, diminishing any sympathy the audience might have for the character… 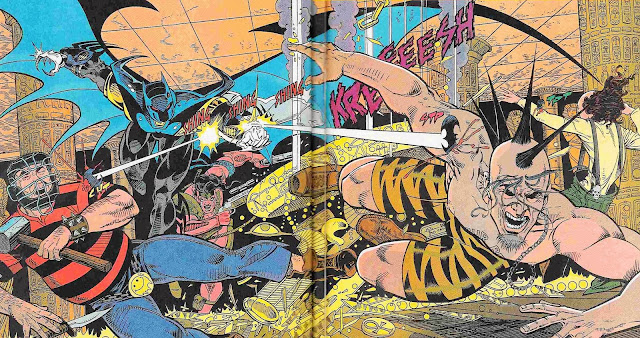 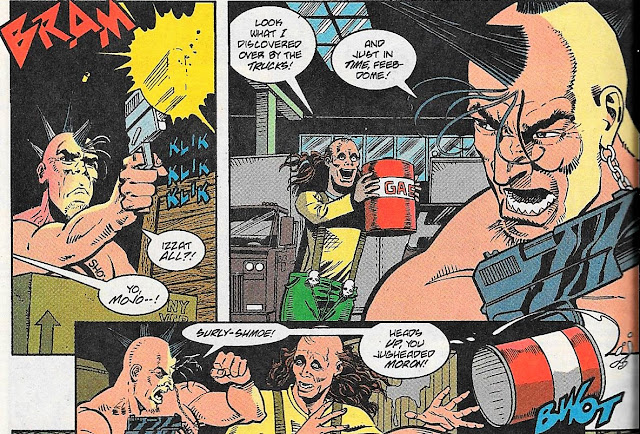 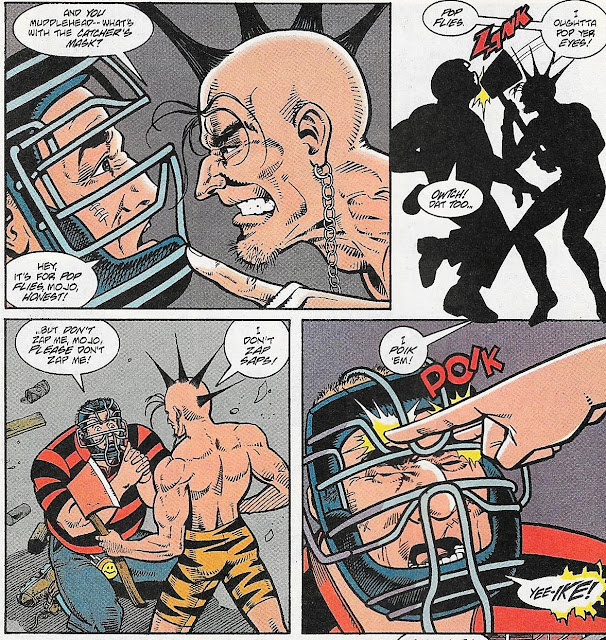 
DC was going through a very dark period at the time. They had just killed Superman, driven Green Lantern insane, cut off Aquaman's hand and replaced Diana with a different Wonder Woman altogether. None of it was as grueling as watching Bruce battered and broken, then tossed to the side. Perhaps I can give this issue a pass as the writer and artist needing to "blow off some steam" after being in the grim and gritty realm too long. And it is noteworthy that this more ruthless approach was rescinded a year later.


And as we said, Bruce Wayne got better, came back and kicked Jean-Paul out of the limelight. Thankfully.
Posted by SonOfCthulhu at 4:51 AM