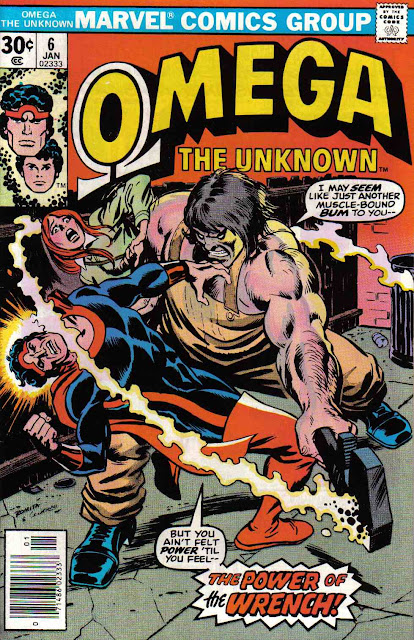 Next month he takes on a trio of supervillains whose powers are based on an air nailer, a wet-dry vac and a laser level. The book is in a cross-promotion with Sear's Handman collection.

So having dispensed with “El Gato” sometime in number 5, we pick up James-Michael and Omega’s story one issue later. Our story begins with JM awakening from a strange dream where he is fighting off metal men, but he’s in the body of Omega. Here he is acting all weird to Ruth. 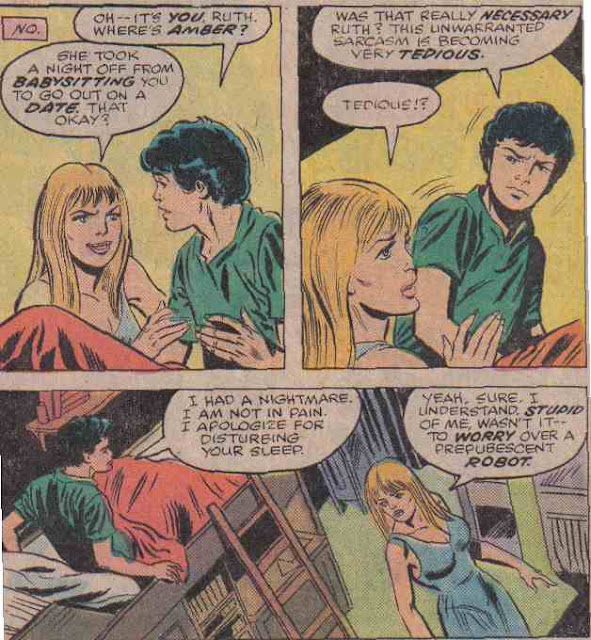 Sheesh, he acts like he could snap at any minute. Anyway the dream makes him too uneasy to sleep so he goes for a nice stroll. Did I happen to mention that he lives in Hell’s Kitchen? Maybe he should have just taken a nice soothing bath with an electrical appliance instead.

While JM is being panhandled, Omega is spending time with this old guy he’s been rooming with who keeps calling him “Sam”. Gramps has gotten Omega to accompany him and his girlfriend to a bar. He also gets the Mute Marvel of Mystery to try a shot of alcohol.

Thank goodness Omega wasn’t taken in by some hippy stoner or else we would have to watch him tripping on ‘shrooms or dropping acid. As you can expect, superheroing and alcohol don’t mix, as Omega tries to stop a burly handman carrying a plumbers wrench from whacking Gramp’s date in the head. 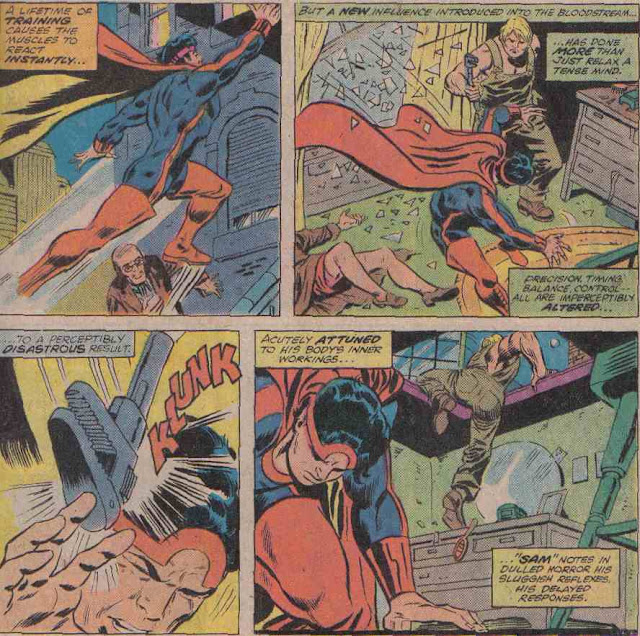 So kids, don’t drink and superhero. And only you can prevent forest fires. This has been a message from your local ad council, we now resume your regular broadcast. “The Wrench” gets away but later it seems he’s not the supervillian the cover makes him out to be. Meanwhile JM is mixing with the pimps and hos. No, really!

Yeah, even I don’t understand the chicken line. He finally crosses paths with Amber, the guardian who calls him punk all the time. JM hides from her and her date in what seems like a fit of jealousy.  So she’s forced to go back out looking for him after she makes it home and Ruth discovers he is missing. Meanwhile we make some startling discoveries about The Wrench. 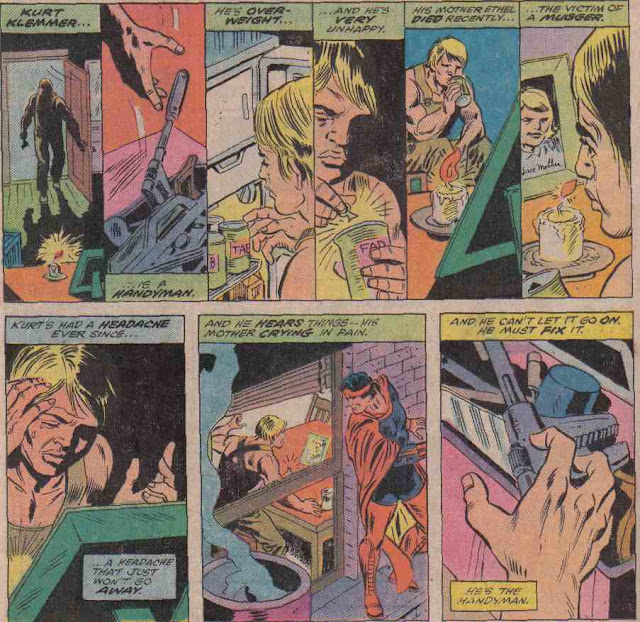 So he’s less a supervillian and more of a “mental patient with grief issues”. As for the rest of the story, Amber finds James-Michael as he’s about to get hassled by some dudes in a video arcade. She gets in their face and leaves with him. The Wrench corners them in a alley somehow. Omega shows up and The Wrench shoots him in the head (that’s gotta sting). Amber gets bitch-slapped unconscious leaving James-Michael facing off against “mad-handyman”. That’s when he zaps the dude using energy bolts that look suspiciously like Omegas.

We are left with a lot of questions at the end of the issue, but the real puzzle is do we care about the answers? Or maybe: why chickens?

Posted by SonOfCthulhu at 5:23 PM