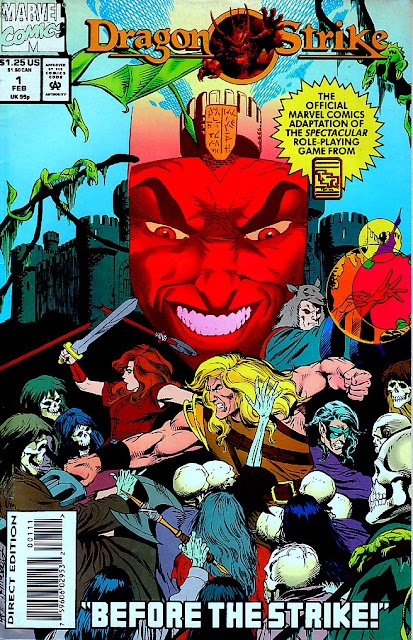 By 1994, TSR had watched their thunder get stolen right out from under them. In 1989 Milton Bradley and rival British fantasy RPG producer Games Workshop developed a scaled down version of RPG rules playable on a game board. The package, called Hero Quest, was like D&D-lite. It pitted a “game master” who was responsible for monsters and traps against a group of four adventurers each of a different character type.

Hero Quest proved remarkably popular, and in two short years had spawned four expansion packs, three novels, and, most troubling to TSR, both an Adventure Design Kit to help players design their own quests and an Advanced HeroQuest version that looked a bit too much like competition for TSR’s Advanced Dungeons & Dragons. If Milton Bradley succeeded in indoctrinating new players into their RPG system, future sales of AD&D products were possibly in jeopardy. Something needed to be done, and quick. 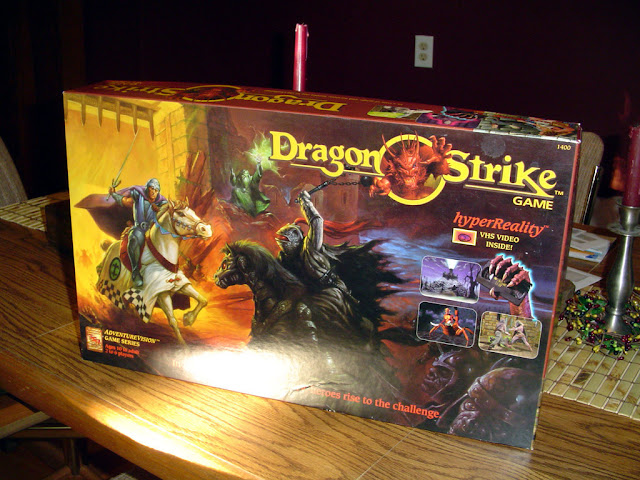 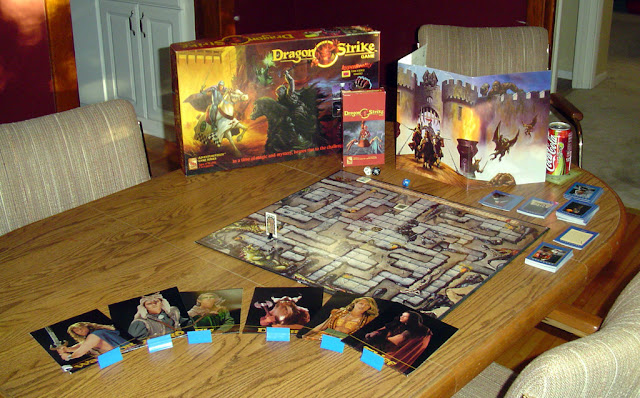 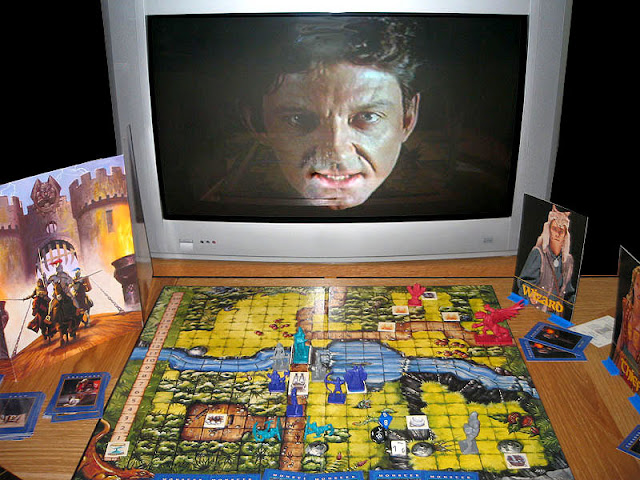 Okay, maybe not "best of all" isn't quite the right word...

The video intro is HERE. Not for those squeamish about bad acting and inconsistent Scottish accents.

Get the hidden political meaning of “As usual, you overestimate your congressman.” Discover the King’s magic Throne of Hiding. Gaze upon the Elf as he cleans his bow… with his tongue. Wonder what the female Thief really means when she says “Are we gonna stand here talking all night or are we going to nail Teraptus?” Consider the Warrior’s people-management skills. Listen as the nature-boy Elf screws up a wolf’s howl and turns it into something that doesn’t exist in nature. Hear the unnecessary and insane schizophrenic ramblings of the Owlbear foot solider. See the Thief’s very literal skill of “flattery”. Watch the party’s talent at needless tightrope walking across a room with a huge floor. Hear the DM tell a character “At your own risk!” like he’s being a real dick. Become confused at why the Wizard says “Gesundheit” while walking through a secret door. Ponder if Orcs ever watched Three Stooges shorts. Learn where Stephen Sommers got the idea for the sequel to 1999’s The Mummy. Become concerned with the moral implications of shooting arrows near your friend, even if you “don’t know them very well”. Discuss the size of the Dwarf’s “hammer”. Be amazed by the graceful ballet of the Solid Gold Dancers…sorry, I meant Fire Elemental. Defeat the dragon, save the day and then watch as the game box itself spontaneously combusts. It’s worth the price of admission – Right here!

Not that Dragon Strike the game couldn’t sell itself, but TSR had a pretty good success with putting some of its other properties in comic book form, so they took a chance on this one too. They brought in the extremely talented Jeff Grubb as writer. Grubb helped design two of TSR’s most popular worlds (Forgotten Realms and Dragonlance), had three Forgotten Realms novels under his belt and had helmed the DC Forgotten Realms comic for over two years. For a product like the board game which could have such an important impact on the company’s future, I’m sure they thought this was a shoe-in for a great story. It’s here that we find out it’s not the talent of the guy sometimes, but what he’s given to work with that makes or breaks a product.

We begin sorta where the video begins, with our Warrior and Elf. Only this time they are in battle with zombies and there is no annoying floating head talking to us. In truth, I miss that floating head. He was pretty much the best thing about that video. I know that isn’t saying much. 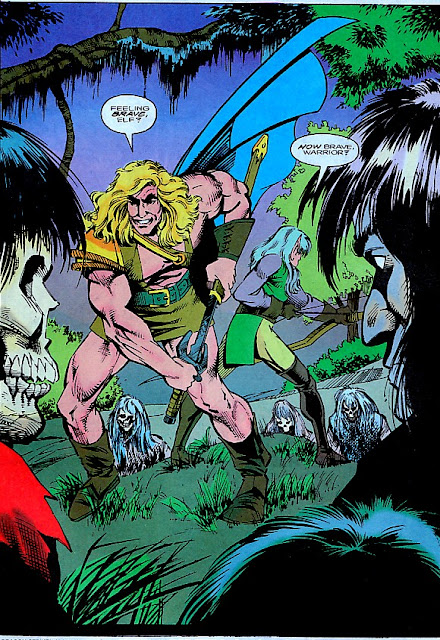 Page one also highlights one of the main problems with the DragonStrike comic: lack of first/last names. Every character in the book is addressed as their race or occupation. Thank heaven there’s not two Elves (or Warriors or Thieves or…you get the picture) in the same vicinity or there would be a total communication breakdown. “Elf, your pants are on fire!” “No they’re not.” “Not you Elf, you Elf!” I understand they are trying to remain faithful to the board game’s spirit, but there is such a thing as being too faithful. Take this brief exchange where the Elf talks about how smart the Warrior is: 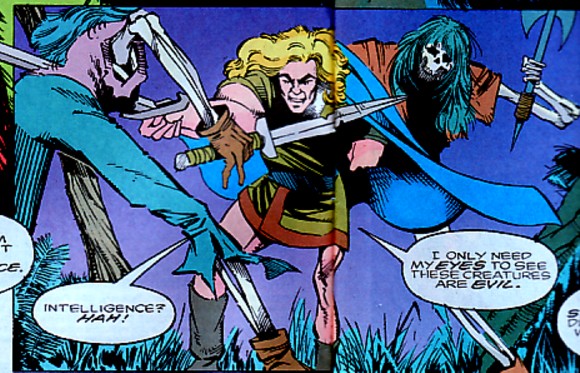 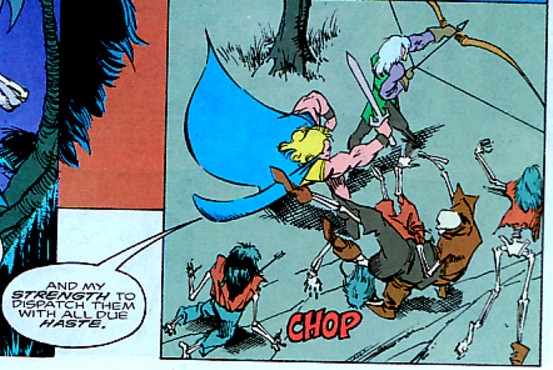 Moving on, we make a joke about how the Elf can sense something wrong because, as the person playing the Elf character knows, he’s in tune with nature but the Warrior can’t sense any difference. Hilarious! 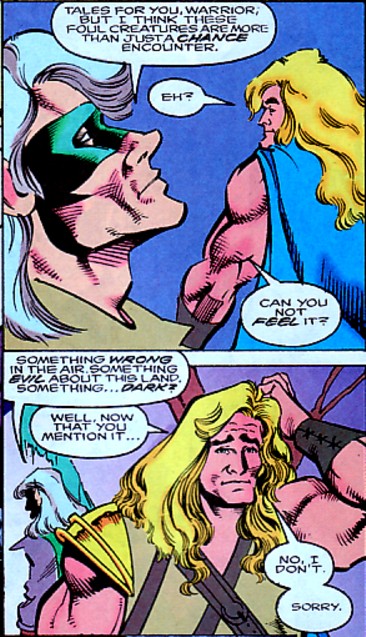 That’s the second problem with the book, using game terms as punchlines in dialogue makes for jokes that fall flat. Even for those of us who understand what you are trying to do. As an added benefit, it just confuses people who aren’t in the know. Congratulations! You are making the book suck for both market segments. I really believe that someone high up in TSR was making decisions on how Grubb should write this for it to end up so poorly. Scenes like this: 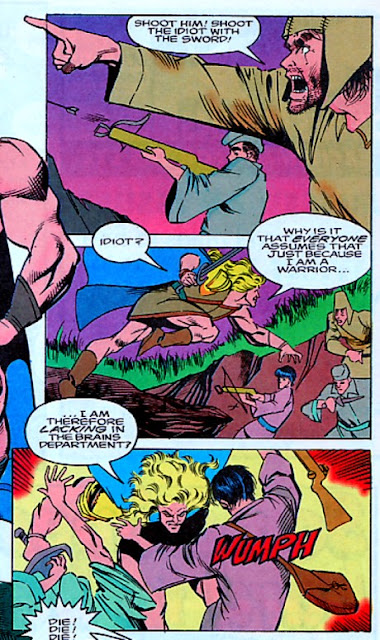 …are just too “cute” once you realize they are referencing the game and are embarrassing to read. My guess is they are playing this in the mold of Gammarauders with tongue planted firmly in cheek. Sadly, that doesn’t work well here either. I could pull out examples of this all day, but I’m going to stop now and concentrate on better parts of the story. Like this well-handled couple of panels with a merchant who’s been rescued from brigands by the combined effort of the Warrior and the newly arrived Thief. 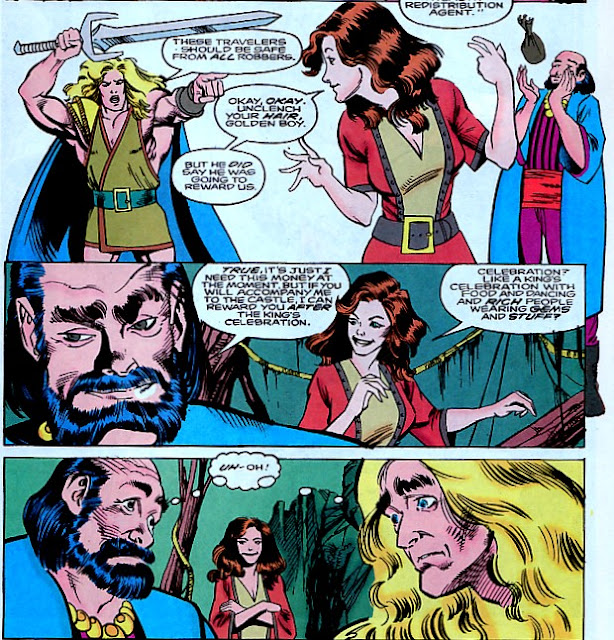 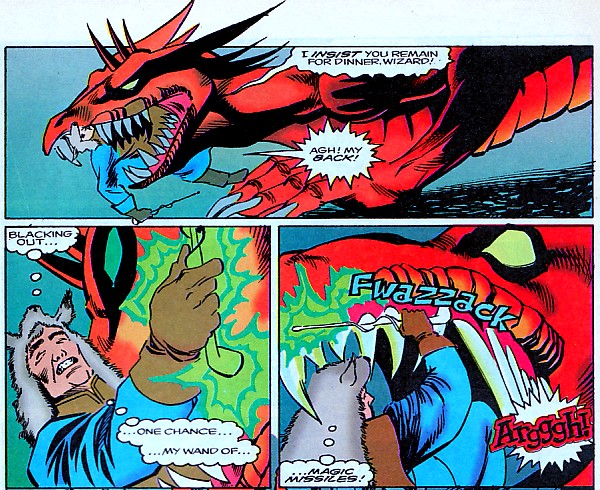 So as the Wizard limps off with a tooth stuck in his back, Teraptus turns back into his human form. He’s injured and mad so he sends Death Knights after the Wizard to be sure the he doesn’t survive having the chomping he’s already had. Sorry but this last panel looks so goofy. 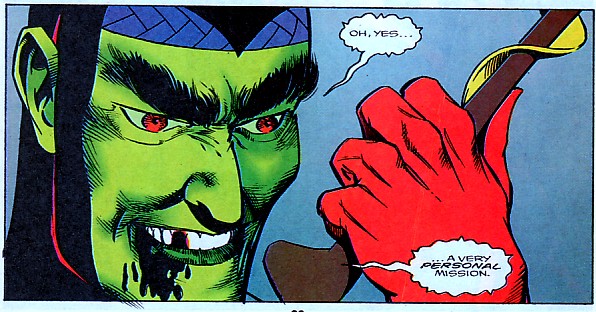 It’s like a eleven year old got a hold of the book and a black marker. I’m really shocked that he doesn’t have an eye patch and mustache. Hmm? That might look better… 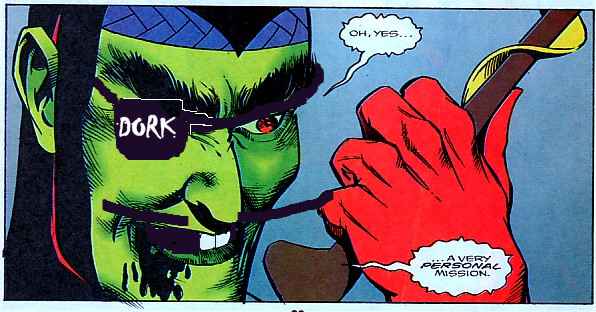 So sue me for being young at heart and bad with Paint Shop Pro. The exact same thing happens next in the book that happened in the video. Namely, King what’s-his-face’s banquet is interrupted first by the half dead Wizard and next by the company of Death Knights sent after him. The last of them is skewered by the Elf who gets prize points for over-acting in a comic book. 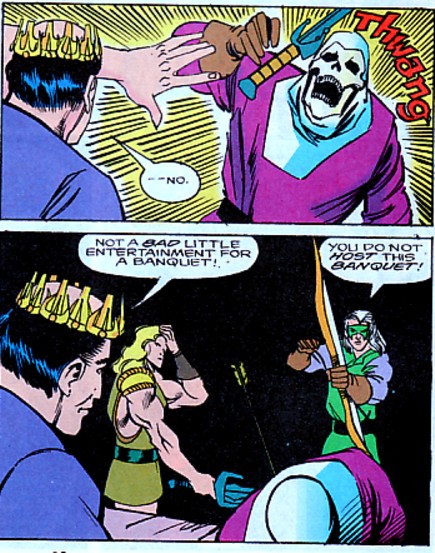 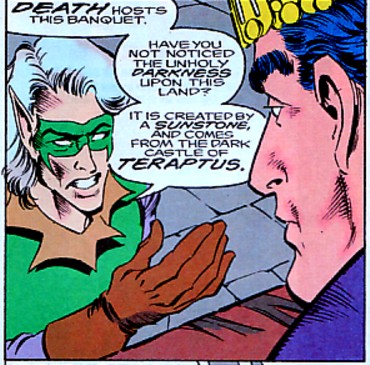 This is where the book cuts out, right before the party heads off to deal with the bad guy. And there are no follow up issues, just an admonishment to go play the game. I don’t think I’d be inclined to try DragonStrike after having played the real AD&D. Looks too scaled down and, sadly, kind of dumb. For me this is a definite strike two against TSR, one more miss and they should get out of the comics biz. I would like a few of those miniatures and that tape though. In fact, I could sit through that again…

*Goes to get popcorn.

Posted by SonOfCthulhu at 7:50 PM