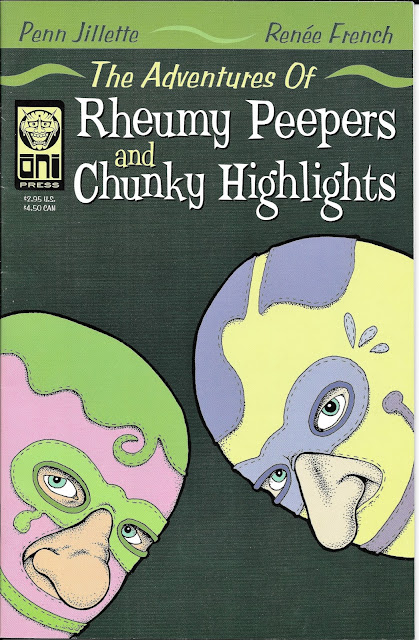 Pfft!...If he knew REAL magic, he'd have made this comic disappear (seriously, I kid..)

I've been a fan of Penn Jillette for a long time now. It is pretty easy to see why, what with his Renaissance-man list of career choices and his modern day sensibilities, what's not to like. Well, okay for some of you maybe a lot. Jillette is an avowed outspoken atheist, which rubs some people raw, was co-producer/co-director of the awful The Aristocrats movie that was almost as bad as the joke itself, and he regularly exposes his negative views on pseudo-science and metaphysics in a way that is very difficult to refute.

Only the middle one of those three do I find upsetting.

As to the good, he has for years been the speaking part of the magical duo of Penn and Teller, an astonishing act with a style as offbeat as their tricks. He's made several popular television appearances on everything from Celebrity Apprentice to Babylon 5 to Sabrina, the Teenage Witch (and many others). Penn even added his levity and expertise to my very own career field when he became a contributor to PC/Computing magazine as a columnist of the back section, which I frequently turned to first.

So I have a lot of love for Mr. Jillette.

But this book of his with Eisner, Ignatz and Harvey Award nominated illustrator Renee French is pretty much worthless for anything but using  as a starter for my next backyard barbecue. I take little pleasure in saying that. When respected artists and performers get together, I love telling my audience tales of the awesome thing that only cost me a quarter in my latest bin diving.

But alas this time it is not to be the case. The two stories contained do not amuse. Granted they don't offend either, they mostly just bore. Which in this case is kind of unpardonable.

We begin with the secret identities of the titled Rheumy Peepers and Chunky Highlights playing poker with two musician buddies. Now before we get too involved, I'm going to dispel a few expectations: 1.) there are no superhero antics in this. 2.) there are three, count them, three jokes in the entire book: two on page two and one on page three. After that it is a joyless experience that makes you wish you were reading something else.

The back of the shampoo bottle, perhaps.

So let's at least give these two the benefit of making you crack a smile, even if it is a weak one at best. Here are our two heroes poking fun at their friends while cheating them out of their earnings by sharping them at cards. 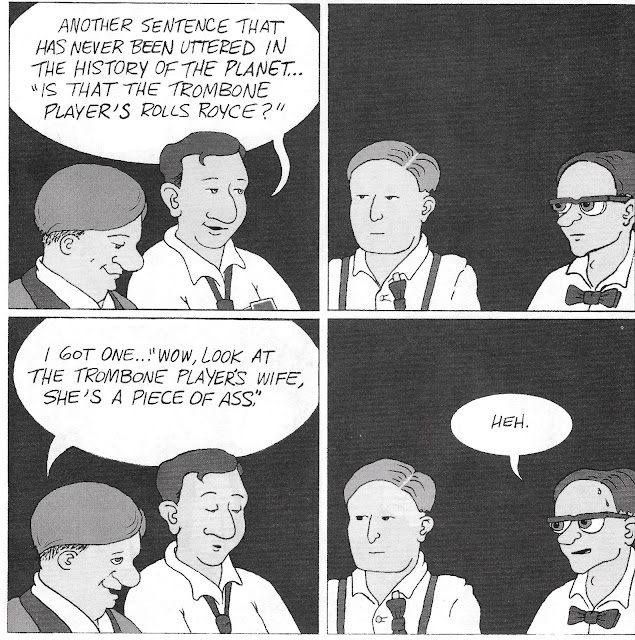 Their friends are both trombone players.

So you see, That's the JOKE! Or two of them.

Then the trombone player says… 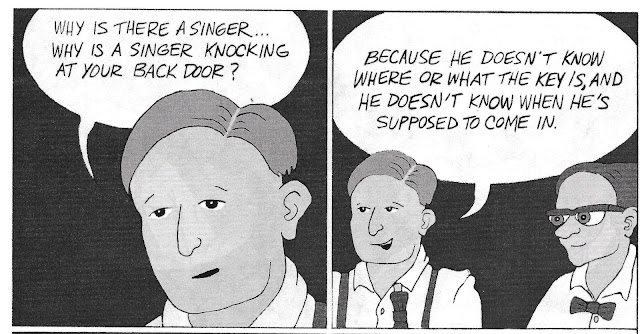 And that's the OTHER joke.

Seriously. There is nothing more to see here. We, the audience spend an extraordinary amount of time on the characters, by which I mean drawing panels that do little to move the action along and in which character's interactions don't actually tell us anything. Something as simple as collecting the winnings becomes the montage of handing a box, characters looking at each other, touching the box, looking again at each other, taking money from the box and putting a wad of cash in their sock garter. 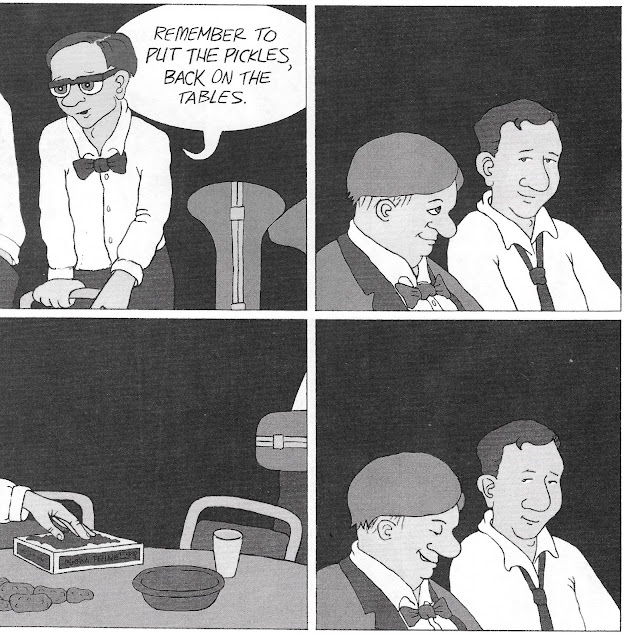 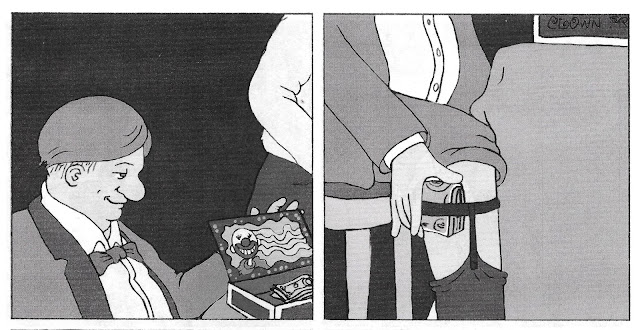 It's enough to make a Bendis book look frenetic and fast-paced in comparison. We don't need to show every interaction, every motion, every frame, especially when they do little to establish anything of note to the plot or to inform the audience about the characters. I'm reminded of many first stories by writers where they spend time establishing everything a character does or telling us in minute detail their exact height, weight, age and what they are wearing. Ed Greenwood's horrifically boring "Spellfire" springs to mind.

The key to this is simple: don't include it if it does nothing to advance the plot, develop the characters or describe the setting. And even if it marginally might do one of those things, do NOT bore the audience. Which this does. 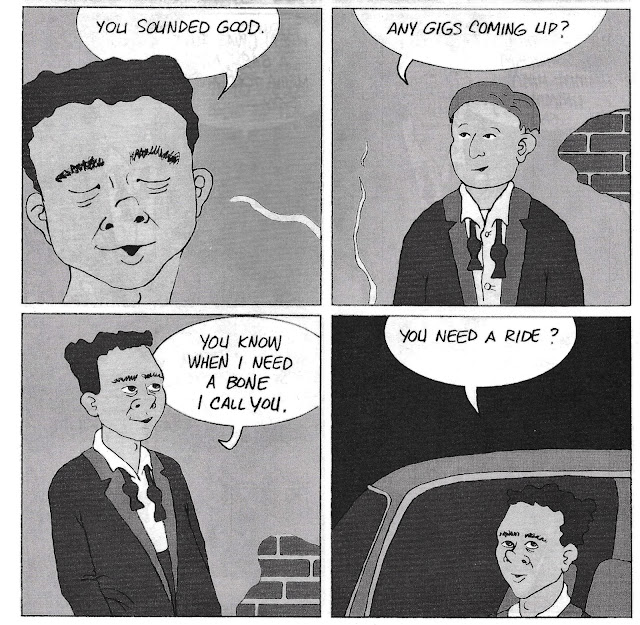 Four panels…that could easily have been compressed into two…or one…or best of all, NONE.

So rest of this story is this: Each of these two men who have been cheated at cards later receives a large sum of cash from an anonymous donor. Note that the reason they were being scammed at cards was so Rheumy and Chunky could use the funds to further their crime fighting careers. Which we never see, by the way. So sometime later when the money comes rolling back in…. 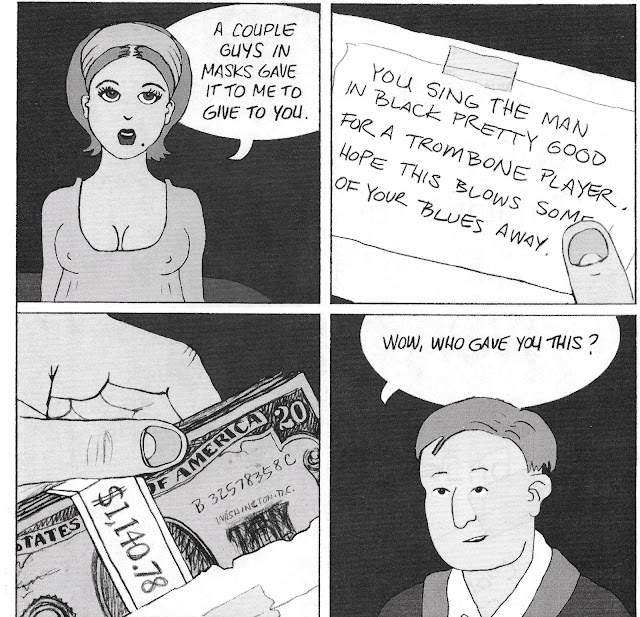 …as the audience, we have to ask: How do the absent duo dynamic suddenly have the scratch to pay off these people they've fleeced? Where does the money come from? How do you make money from being a superhero? You don't! That's the freaking point of doing something altruistic, you don't get PAID!

Yet this is really just the setup for this "joke." 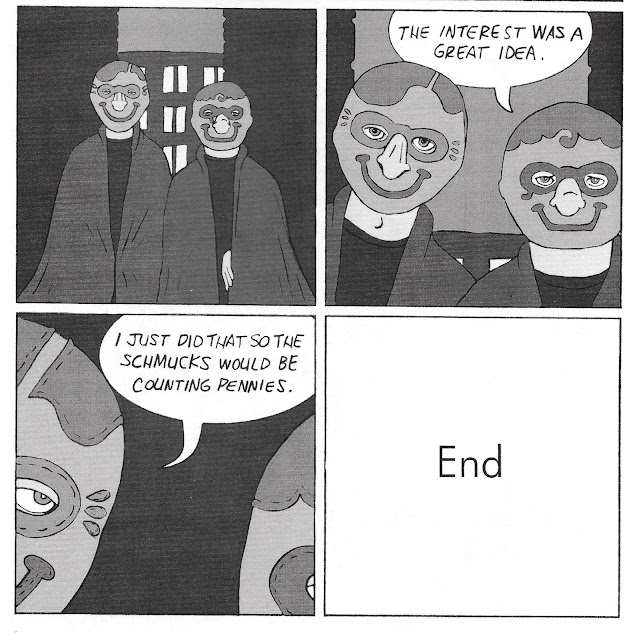 This makes me mad at the time invested in reading the intervening pages. What's worse is there is a second story in the book featuring these characters and once it started to meander down this same track I immediately stopped reading it. Because I have better, more enjoyable things to do with my time than read bad comics that hold NO redeeming value.

What I'm saying is this: surprise me, shock me, make me hate you or love you or anything…any emotion at all. Just don't waste my time.
Which clearly The Adventures of Peepers and Highlights did. Oni released one of these and that was it…no follow ups and no number 2's.

Sadly, I expected more from Penn.

Posted by SonOfCthulhu at 7:31 AM