Ads in the Crapbox, Part III 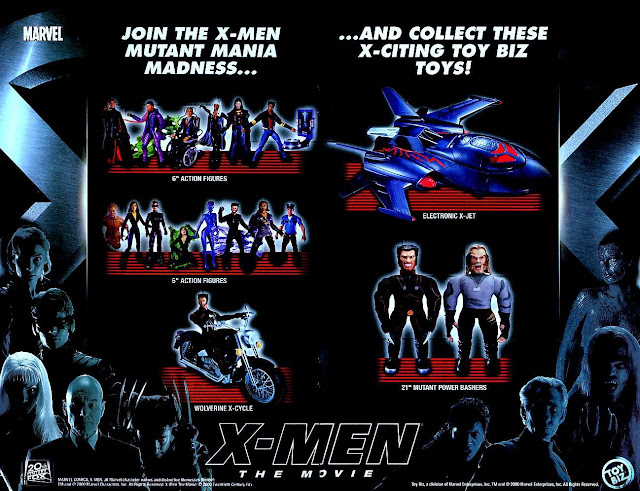 When the first X-Men movie came out, the inevitable flood of merchandising included some rather odd items. What would a kid want off this page of toys? Action figures? Big yes! Action figures coated with frog spit? Slightly less. Wolverine bike? Yes! X-Men plane? Gigantic yes! Cuddly cloth dolls of Wolverine and Sabertooth to hug in the middle of the night? I’m thinking no, but if your kid wants one to snuggle make sure they mind the razor sharp admantium claws. 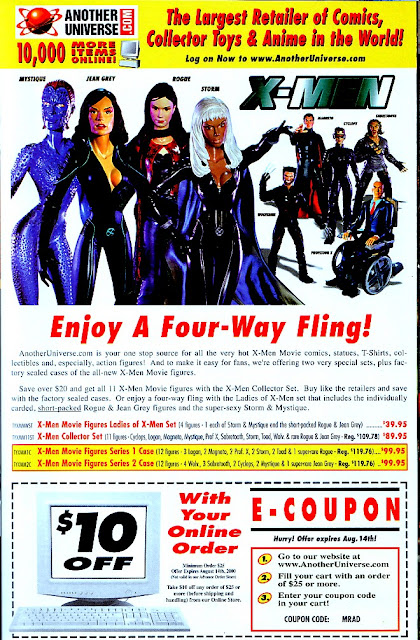 What guys do with their action figures is their own business. Their own perverted, sick, disgusting business. 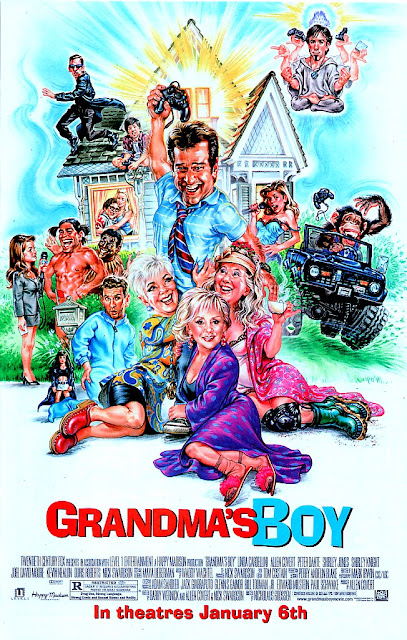 In the same vein of perversion: Who wants to see an Animal House style comedy where three geriatric old ladies solicit sexual favors from college students and monkeys with enticements of karaoke and X-box? Anyone? C’mon, it’s like an R-rated Golden Girls episode. Nobody? Not having screwed with our heads enough, Nike’s next ad for its eXreme sport shoes is a big step up, in my opinion. At least there are shoes in the ad. They even show the Nike swoop on them. I have no idea why they are at the bottom of a drainage ditch during the explosion of a city-destroying nuke. Perhaps the ad is saying: after your body is burned to ash by a wave a nuclear fire, our shoes will still keep your feet looking and feeling cool. 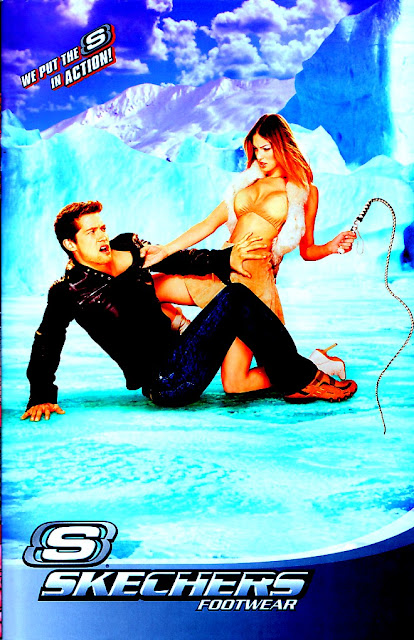 Answering Nike’s ‘too cool shoes’ ad with one of its own, Sketchers puts the “S” in “Action”. And if the guy pictured here tries to have sex with that frost maiden, he’s going to put the “S” into “JesusGodMyBallsAreStuckToTheIce”. 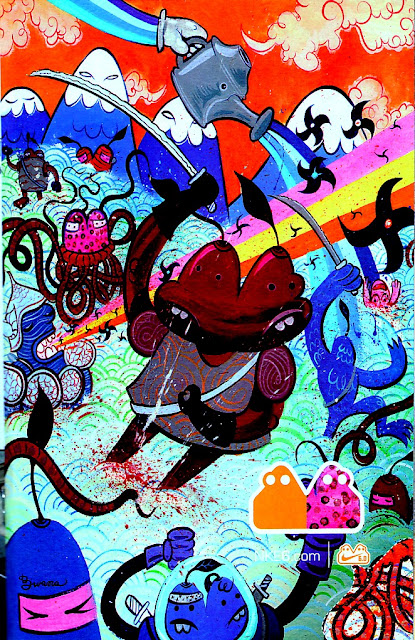 And seeing that the gauntlet has been thrown down, Nike’s marketing department drops a tab of LSD while working fervently in PhotoShop. The result is two-headed, no feet samurai monkey attack on the peak of the living mountain where the blue ogres that belch rainbows and throwing stars live, complete with extra ninjas, two-headed land octopi and God watering the snow.

There must be some big money marketing to teenage drug users that need shoes.
Posted by SonOfCthulhu at 8:36 AM