Ads in The Crapbox, Part I


Sometimes the ads in the books are just as priceless as the awful stories. I really wish I could find some of these comics. 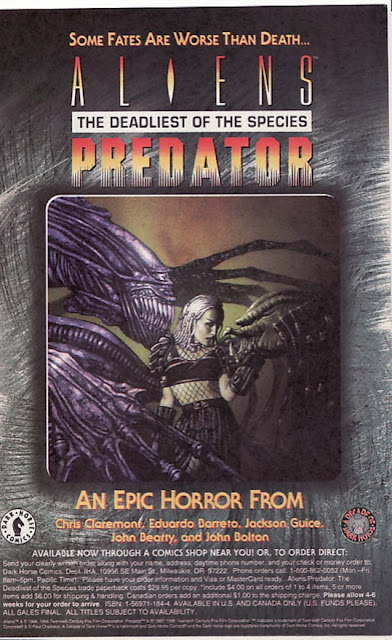 The Aliens vs Predator comics were infinitely better than that WWE slapfest Wes Anderson threw together for the silver screen. Still I’m not quite sure we need the Aliens and Predators fighting goth-attired emo kids. It wouldn’t be a fair fight. Those emo dorks would make our extraterrestrial friends so depressed they’d commit suicide. Nor could our interplanetary visitors stand up to a constant barrage of horrid bands like My Chemical Romance, Fall Out Boy and Hawthorne Heights. Don’t kid yourself, vile fashion trends really are The Deadliest of the Species. 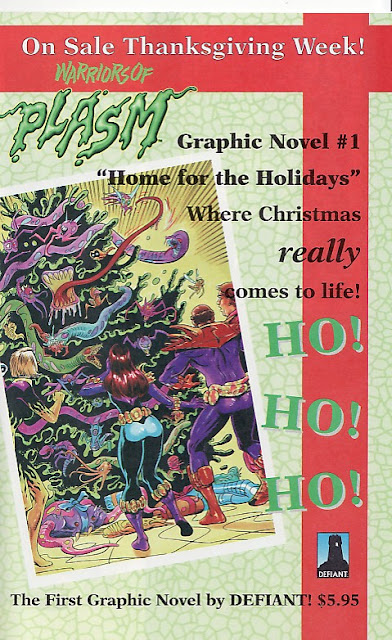 Defiant’s ad for a Warriors of Plasm Christmas special has to be the grossest yule image I’ve ever seen. I’d be thinking of using it for Christmas cards this year if I thought I could do it without getting sued. Or yelled at by the recipients. And the fun with WoP doesn’t end there. 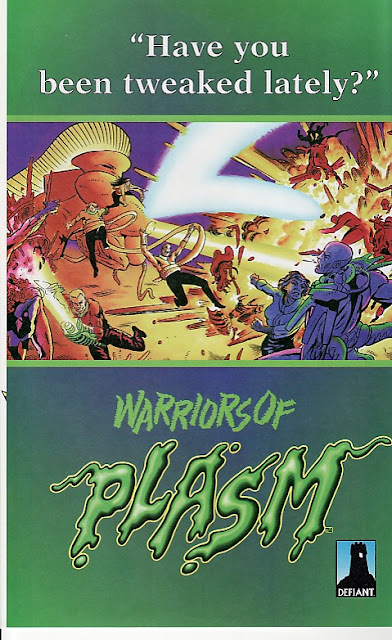 Have I been tweaked lately? Sounds like an ad for a Cheech and Chong movie. And to answer the question: No, not since High School. 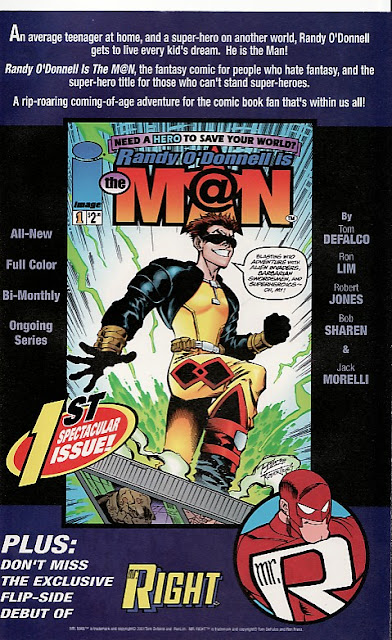 So all the really good superhero names are taken, huh? Also note that any hero named “The M@n” should be older than 18. Since this guy is a teenager, his handle should actually be “The B0y”. And I’m not even going to comment on “Mr. Right”. 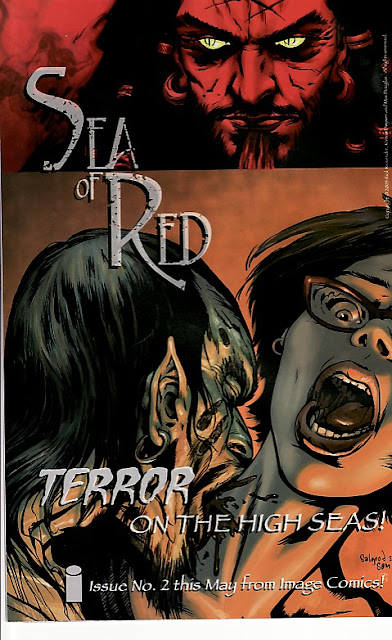 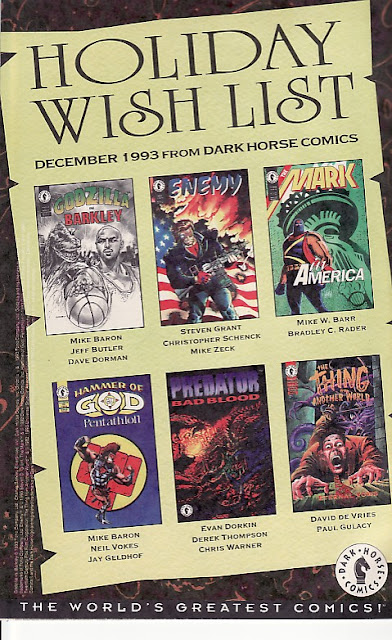 Right there, top left. Godzilla vs Barkley. I must find this book somewhere! I already know how the story goes. Pages 1-4 have Sir Charles dominating an apparently empty basketball court. Showcasing his aggressive playstyle, “The Round Mound of Rebound” finishes with a full court dribble and a tremendous two-handed dunk. Then on page 5, a giant Godzilla foot steps right down on top of him, crushing him to death. Pages 6-21 show the foot rubbing back and forth, grinding him into less than a smear. On page 22, Godzilla pinches the basketball between his claws and drops it in the opposing basket.
Posted by SonOfCthulhu at 5:04 PM