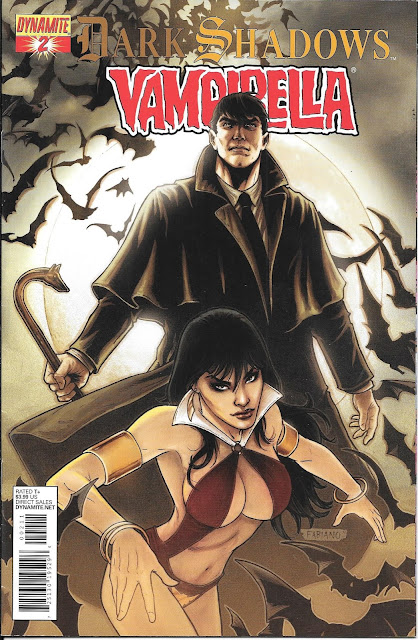 Issue one they shared no screen time.

Not so in issue two.

Always a thrill to revisit a property that worked and Dark Shadoews Vampirella issue 1 worked very well for me. The only thing it was missing was interaction between these two legendary vampires. Which makes me extremely lucky, as my bin dive brought up issue number 2, which has interaction between Barnabas and Vampi right from the very get-go.

As you may remember from my previous review, issue one ended with the pair literally at each other’s throats. Continuity gods be praised, that’s exactly where we wander in on page one of issue number dos. Annnnd we are OFF! 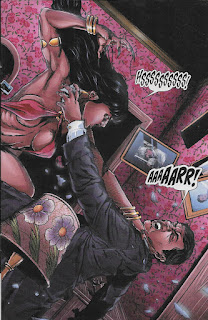 Clocking in at four pages, we have the epic fist…er, Fang-icufs battle we were hoping for…. 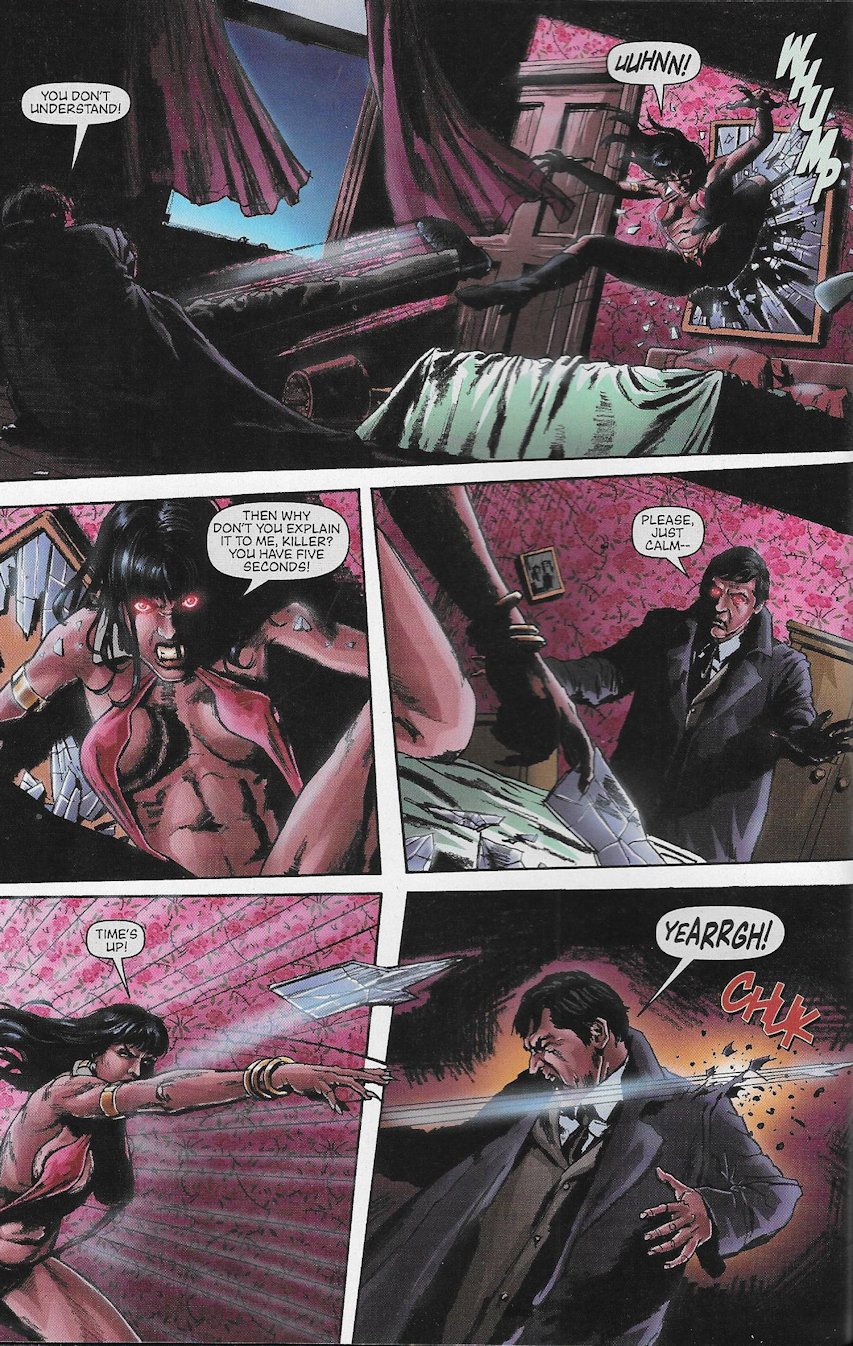 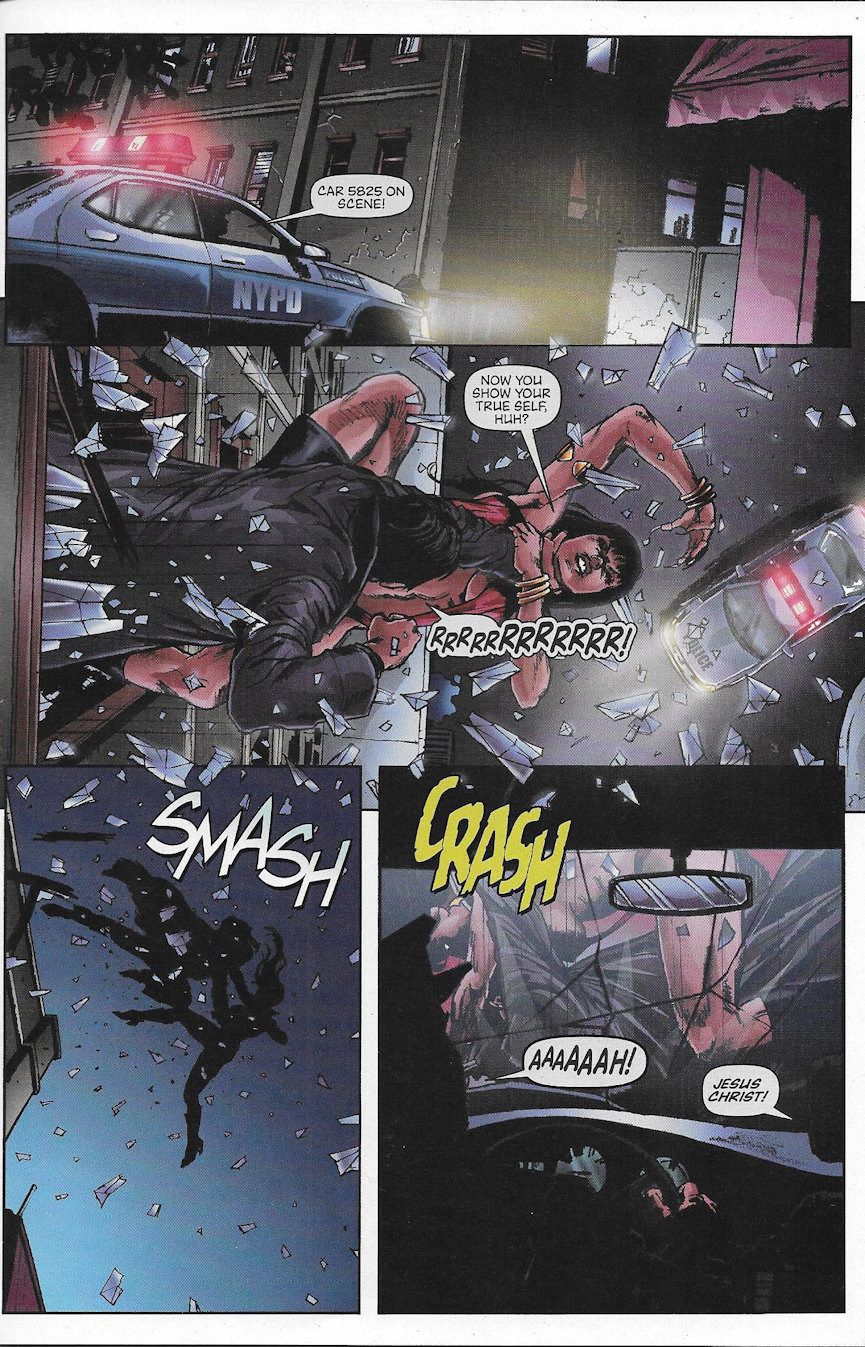 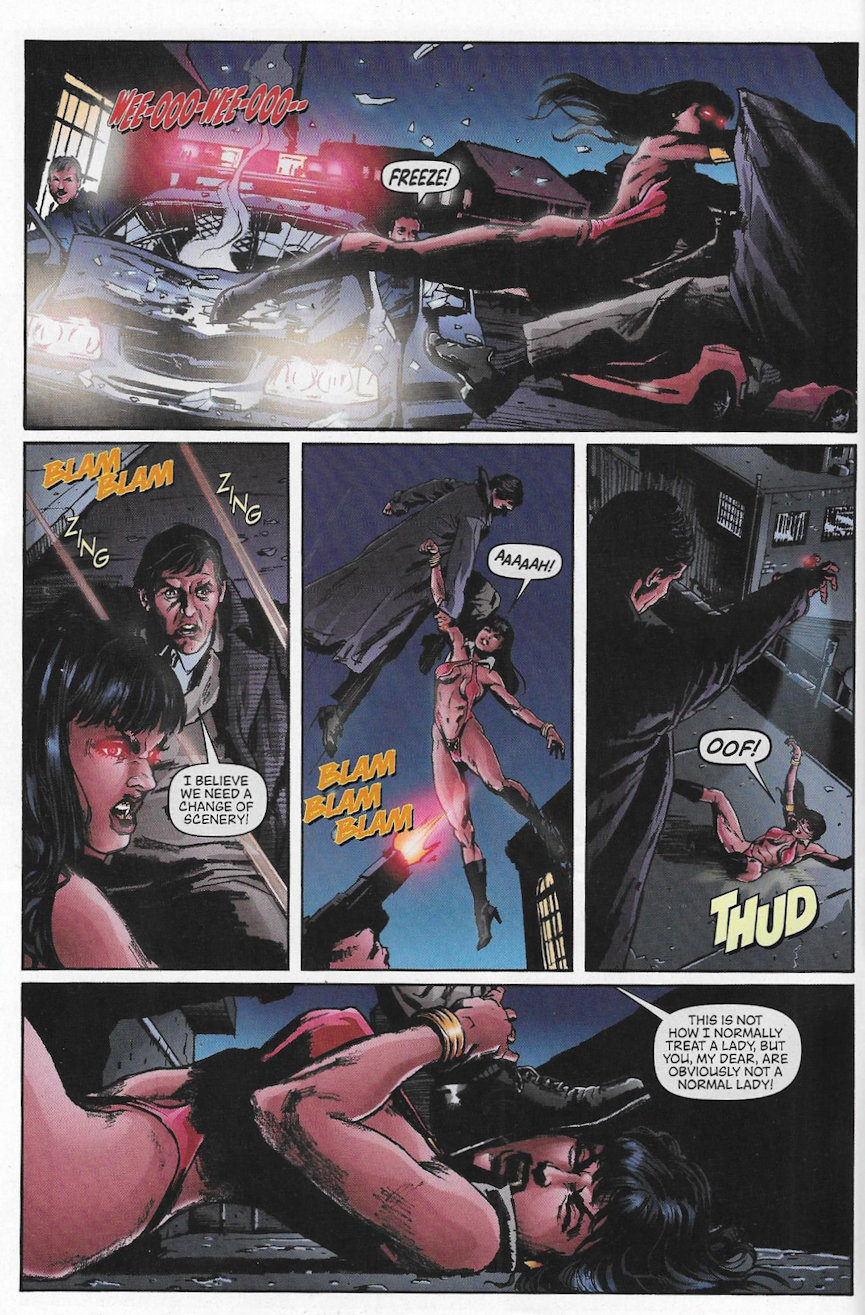 …and then the two characters take a break and start to chat at Barnabas’s urging. 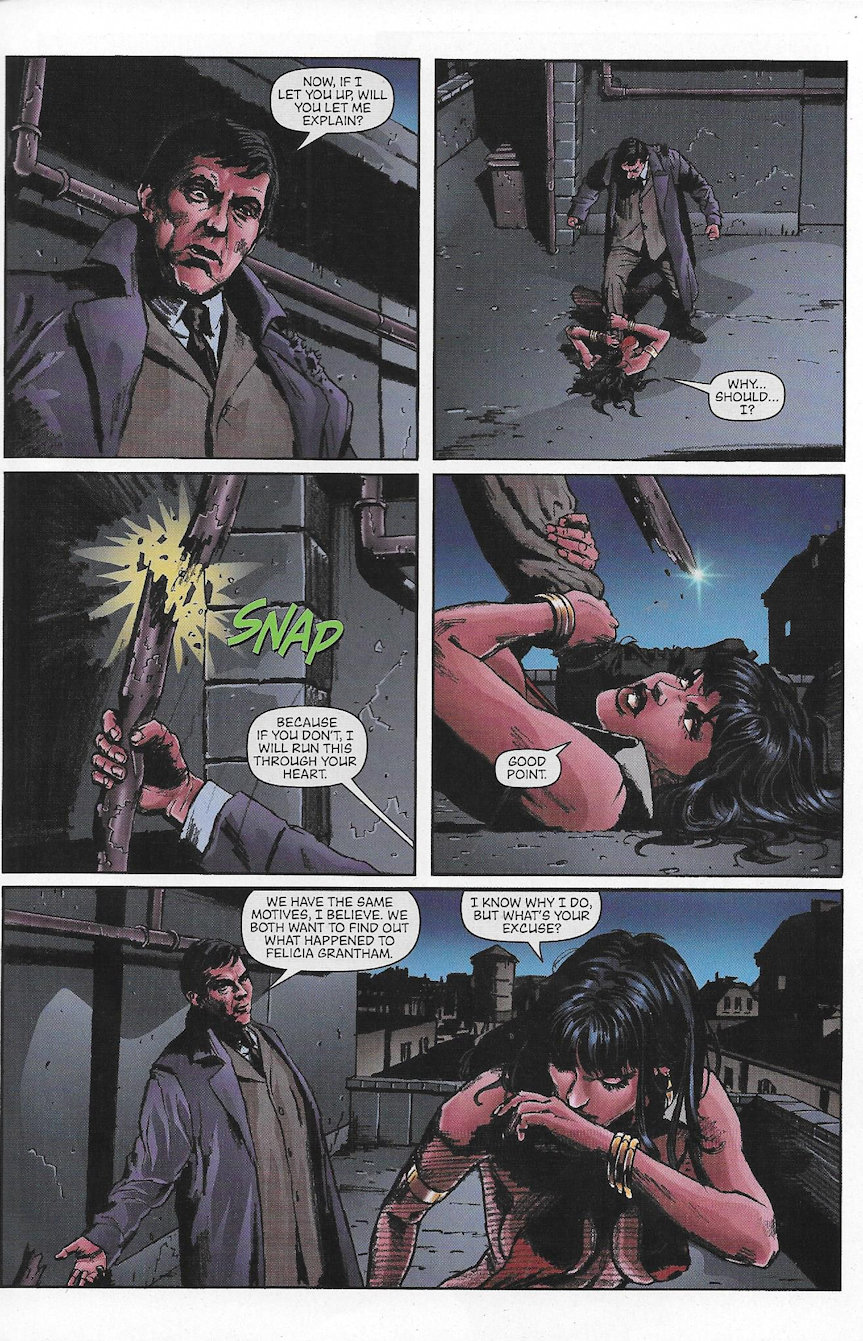 The pair find they have a common goal and both have a bit of a “whoa” factor going here. 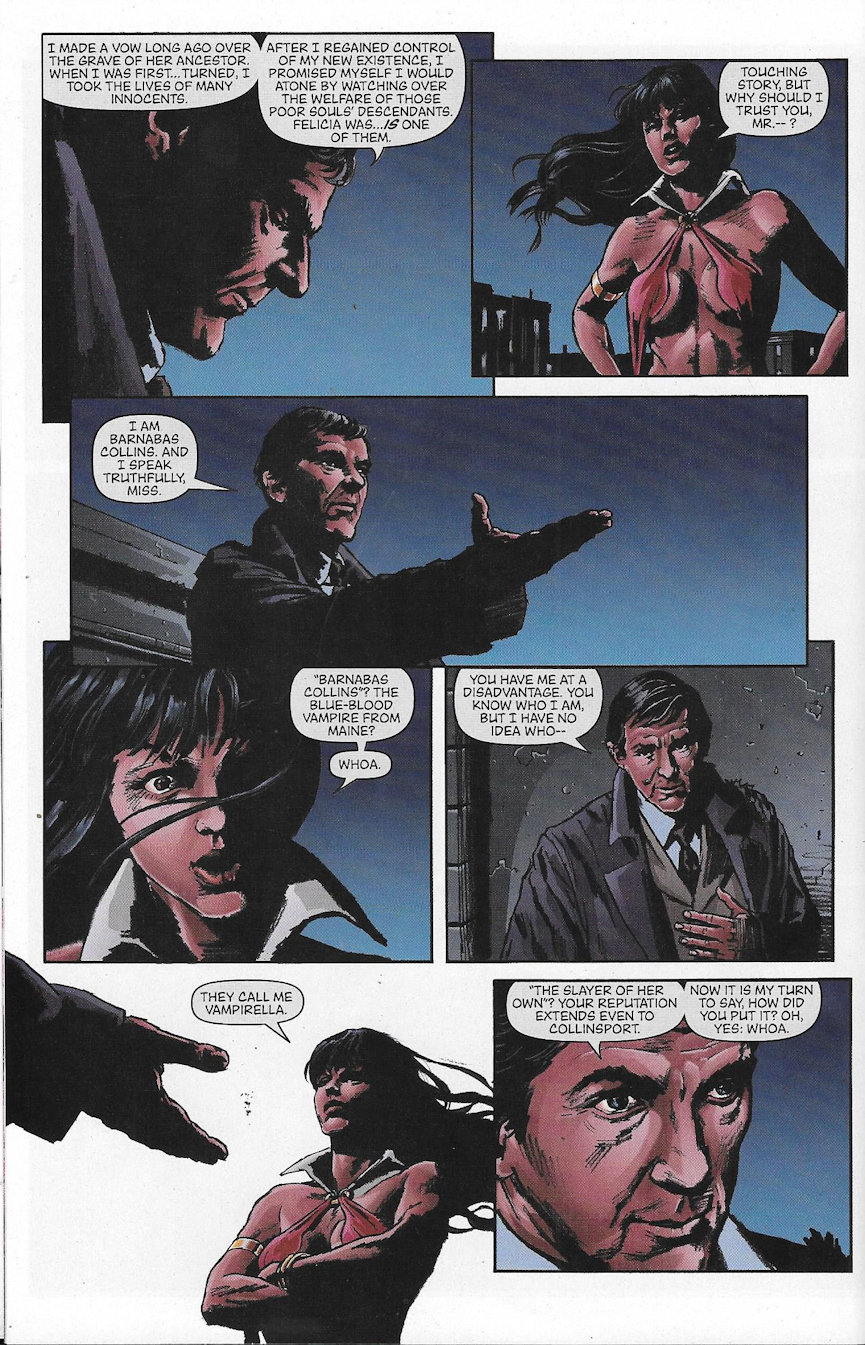 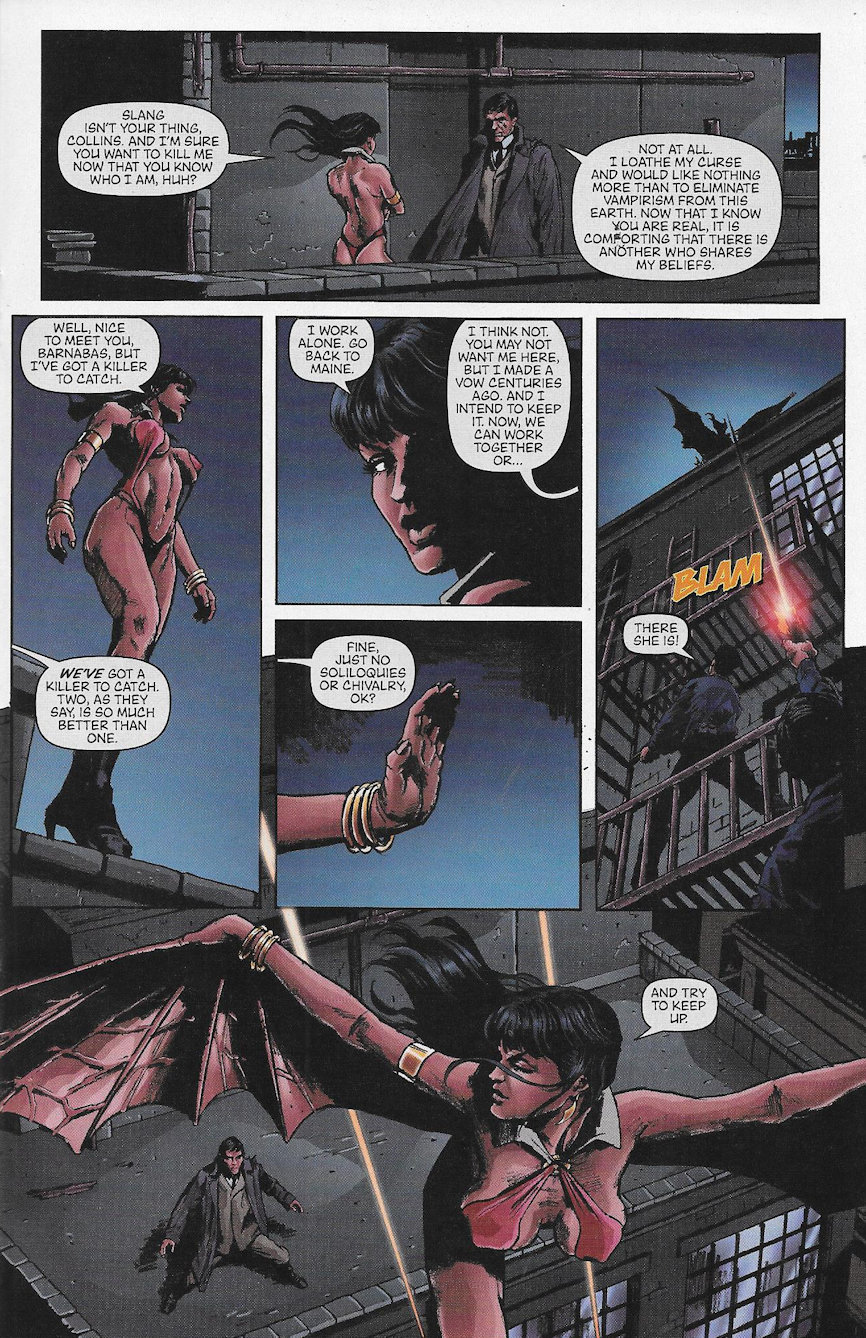 To escape the cops, they both take it on the lamb and I kind of love the one-upmanship that each brings to the table. It’s a little trash-talky but playful banter-ish. Nicely enough, I don’t have a sunk cost in fandom for either of these two, so even if this is completely out of character, I don’t mind it. 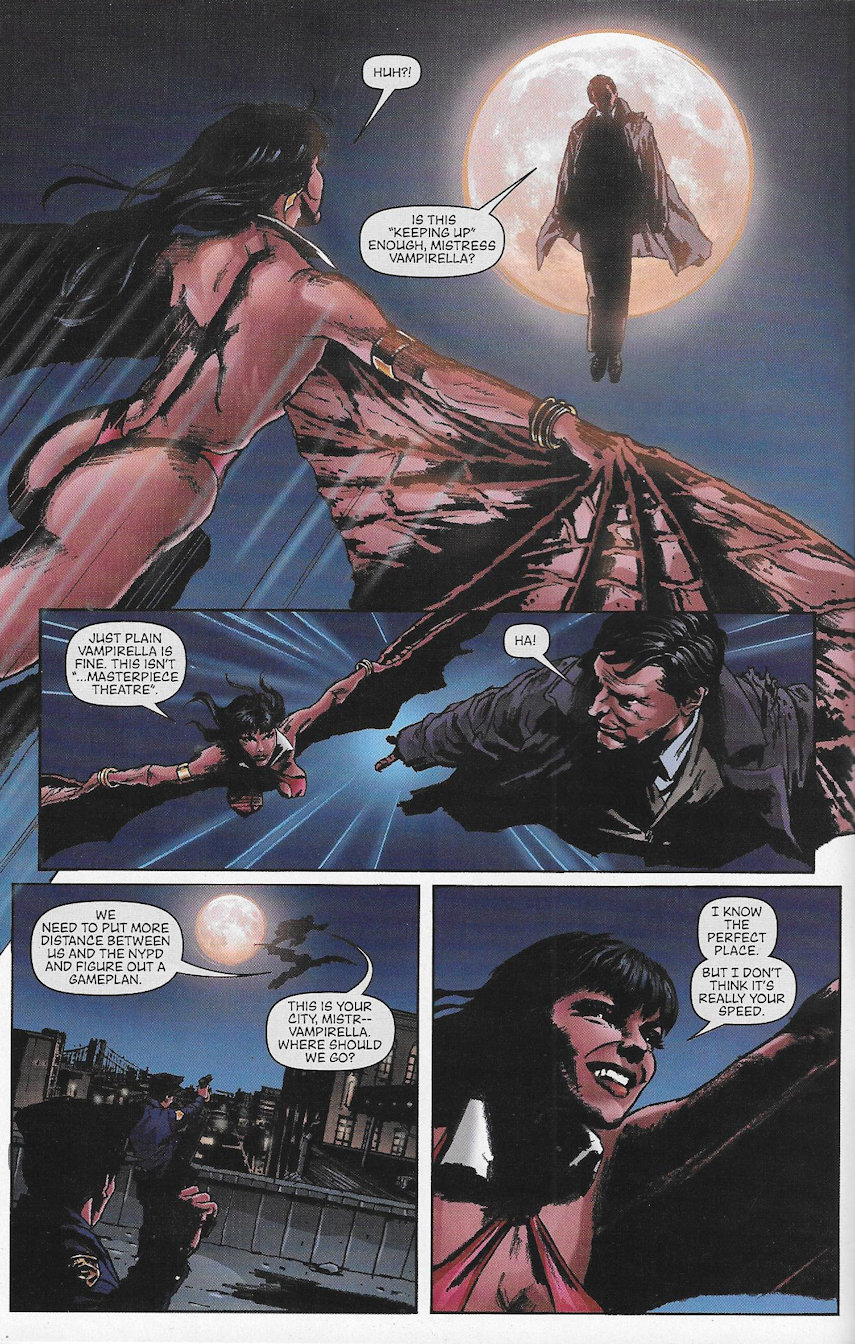 Speaking of not minding something, the baddies’ Jack-the-Ripper fella is having flashbacks while descending into the lair where his master awaits. 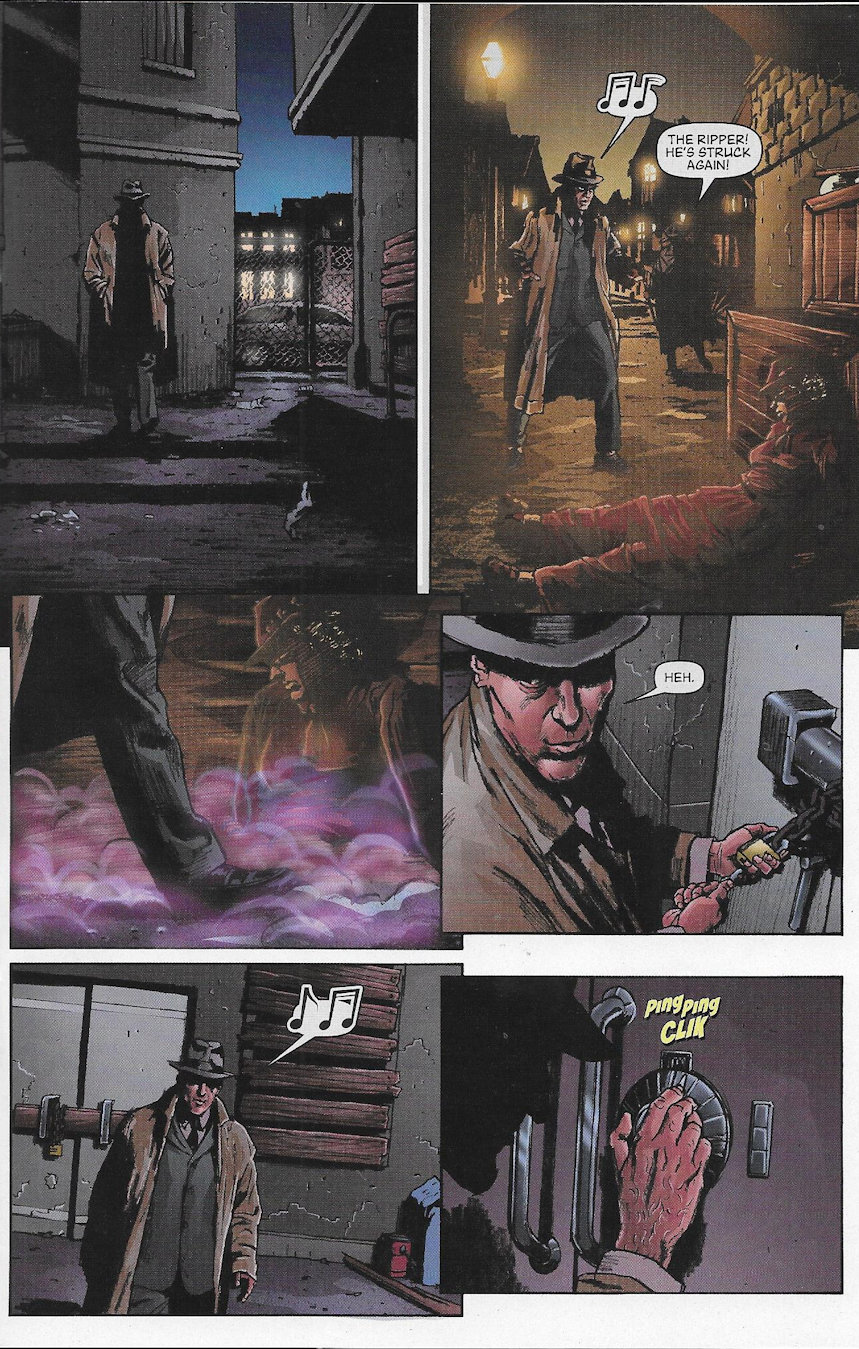 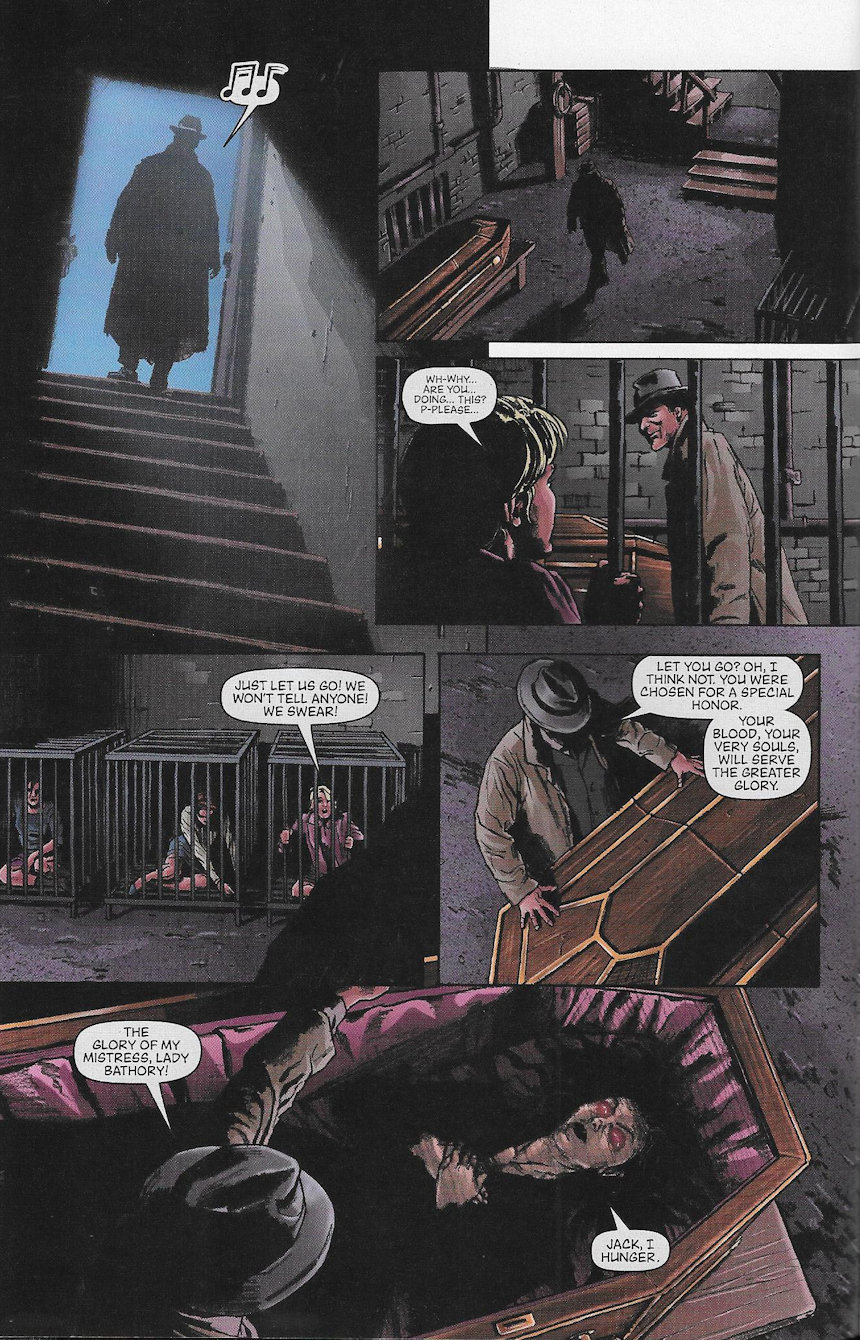 Sadly, he’s collected a few “snacks” for her, and their demise will be forthcoming.

But before those grisly scenes play out, We get this bit of fluff where Vampi takes Barnabas to her strip club hang out where we get introduced to Pantha, her alien shapeshifter friend who might be from ancient Egypt instead of space because she’s got the same problem as DC’s Hawkman….you know, creative writer interference. 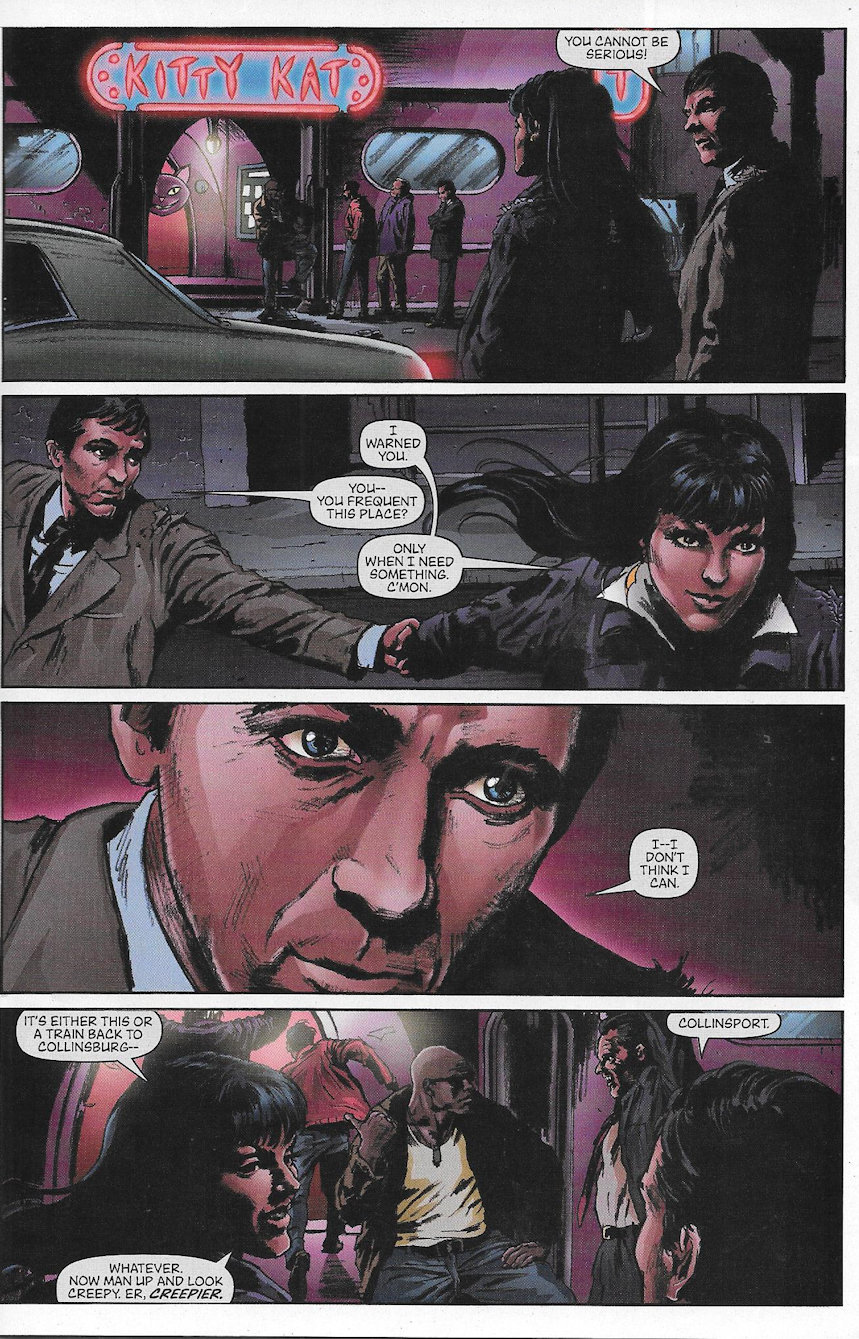 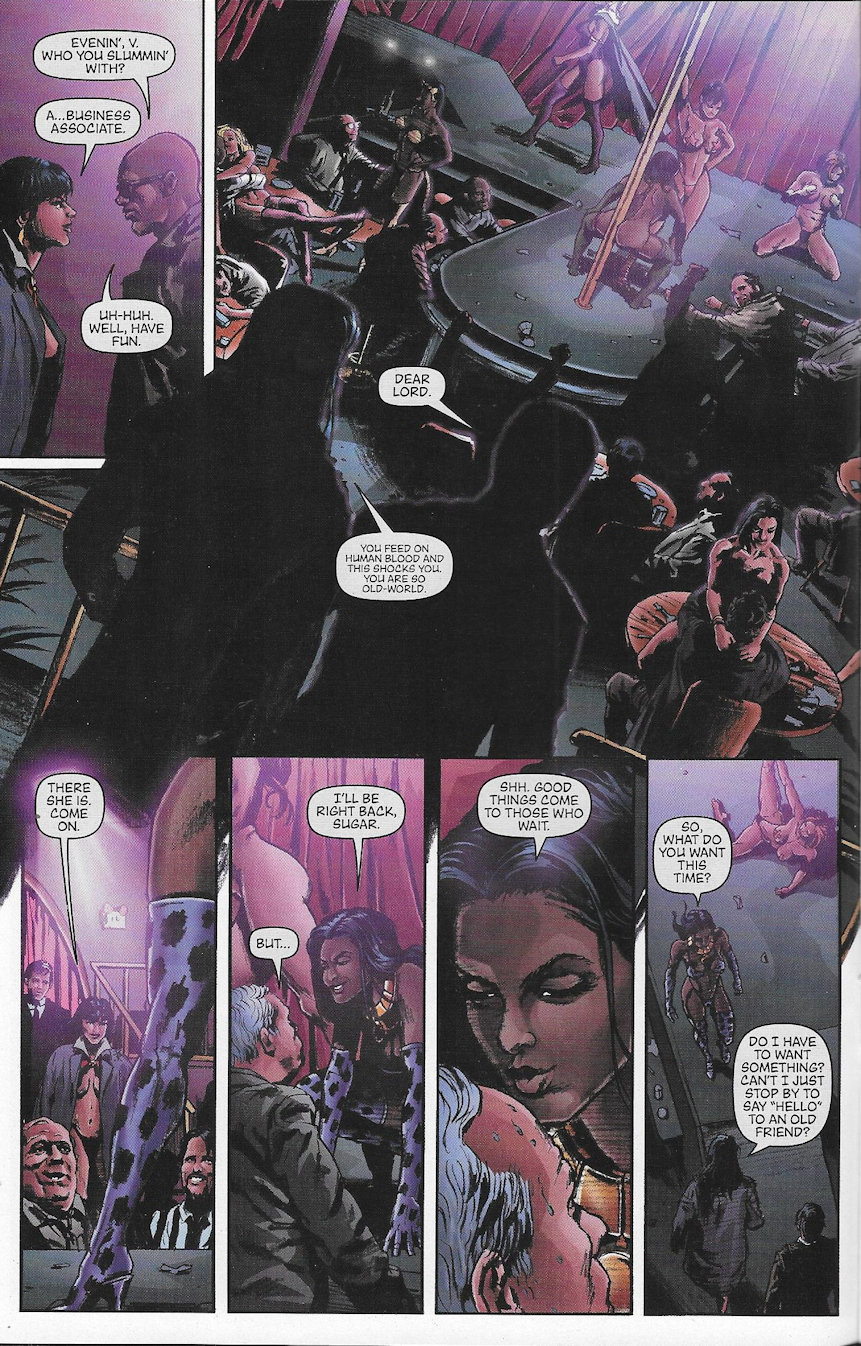 And we also get a cute little bit with Pantha thinking Quentin (Barnabas’s werewolf manservant) as a keeper. She even agrees to a little “team-up” action. 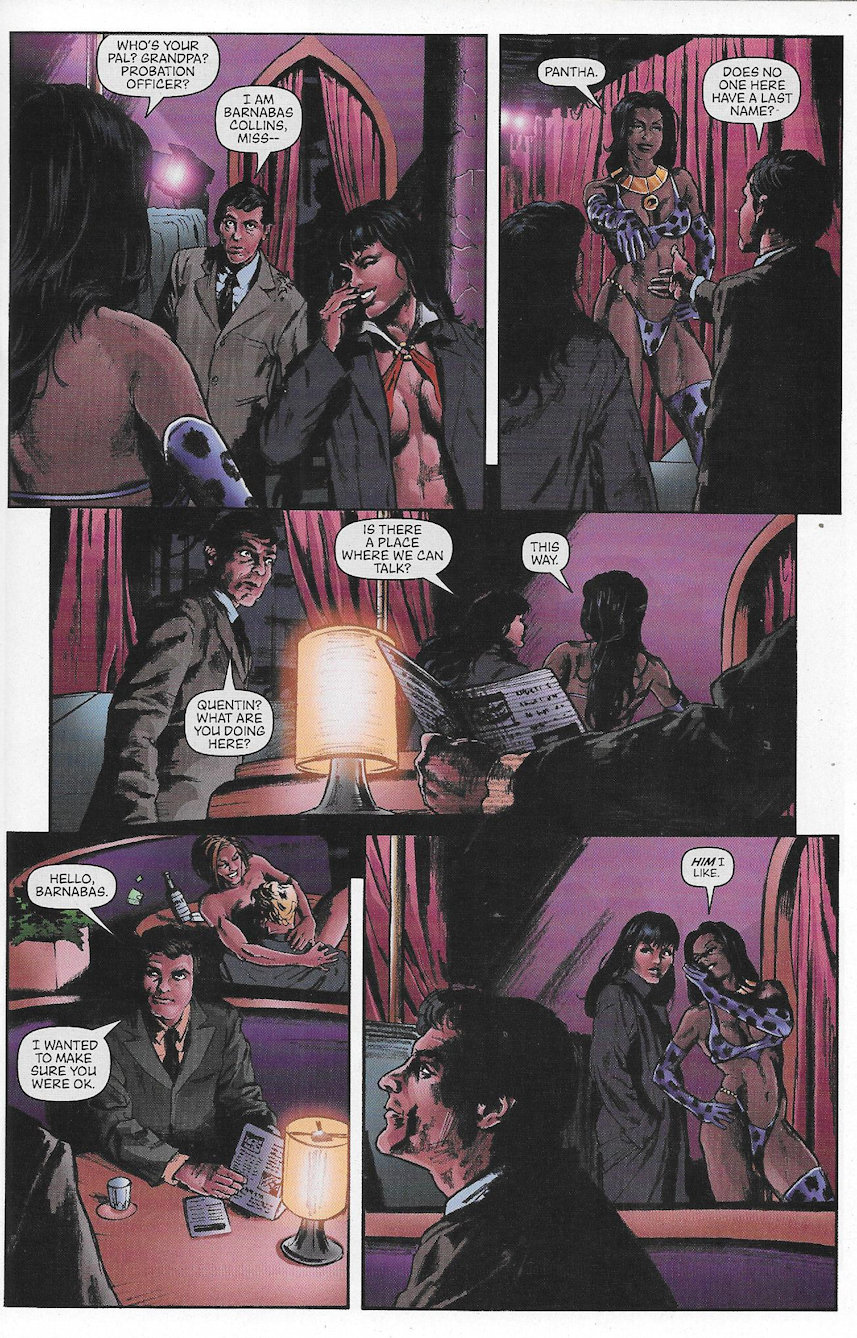 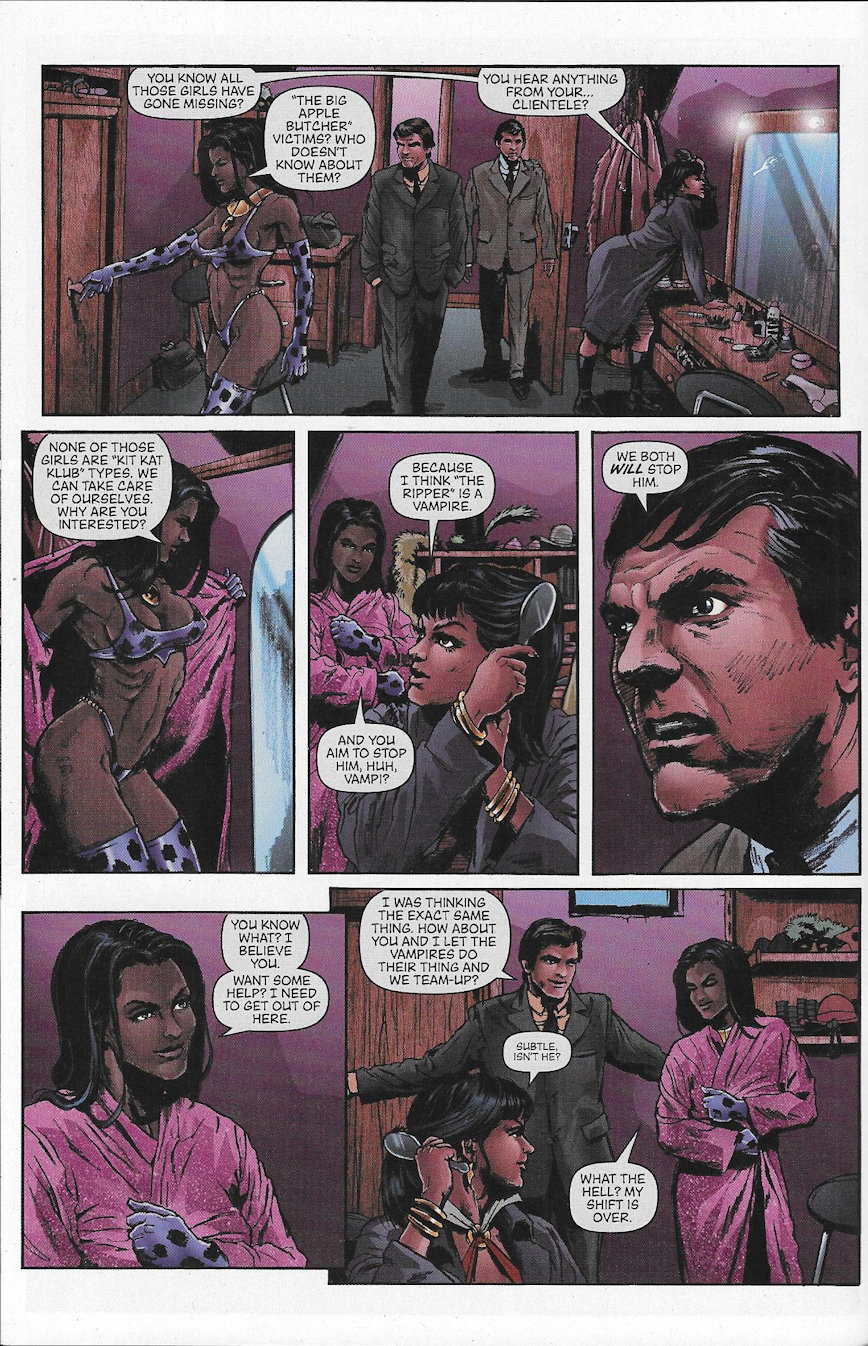 Then we get to some very upsetting monster moments, as the head vampire woman turns these normies into her vampire-slaves…all while they are pleading for their very lives. 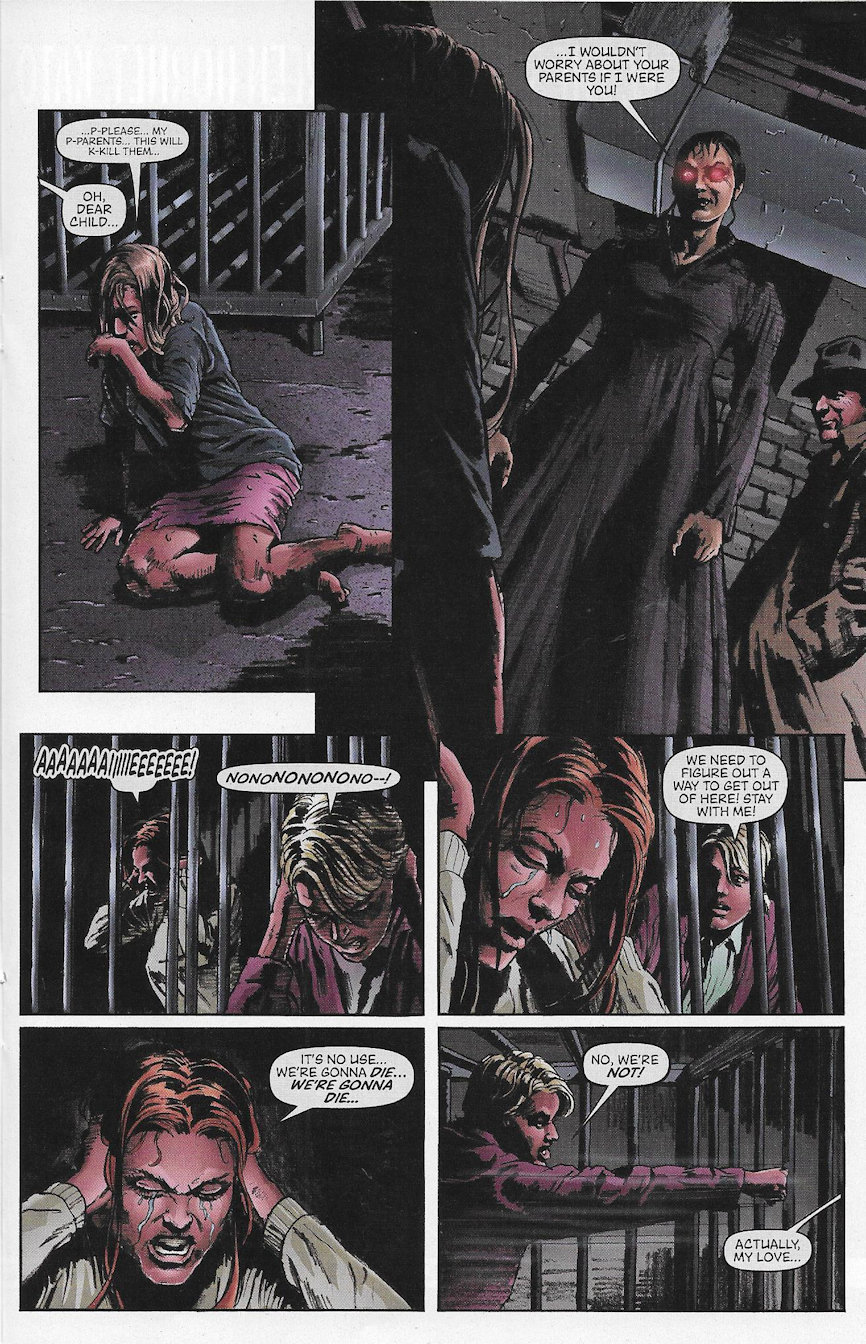 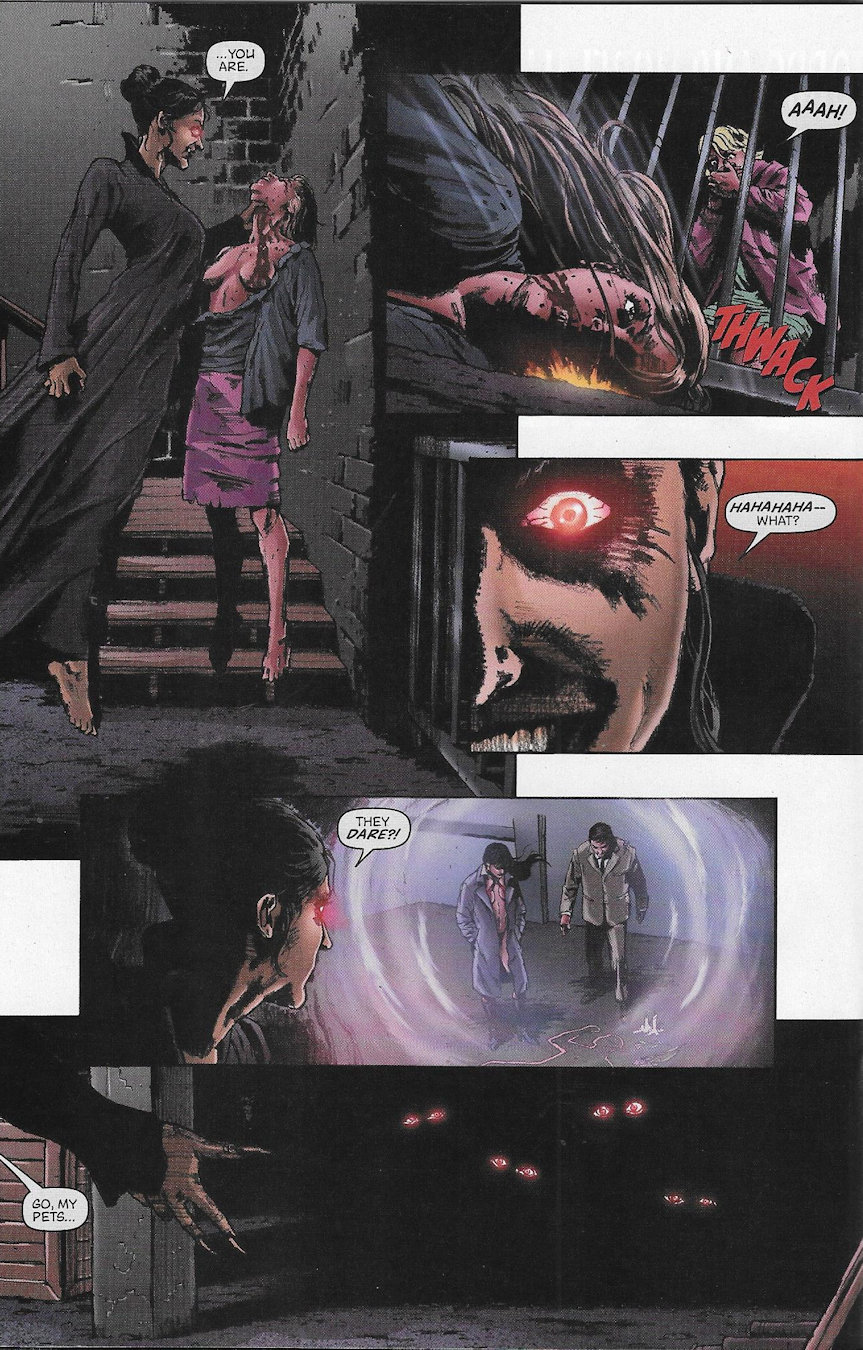 It’s a process that isn’t even interrupted by Vampi and Barnabas being right outside her door.

The pair’s investigation leads our prime evll to send four of her thralls to vex them. And while the toothy duo are doing well… 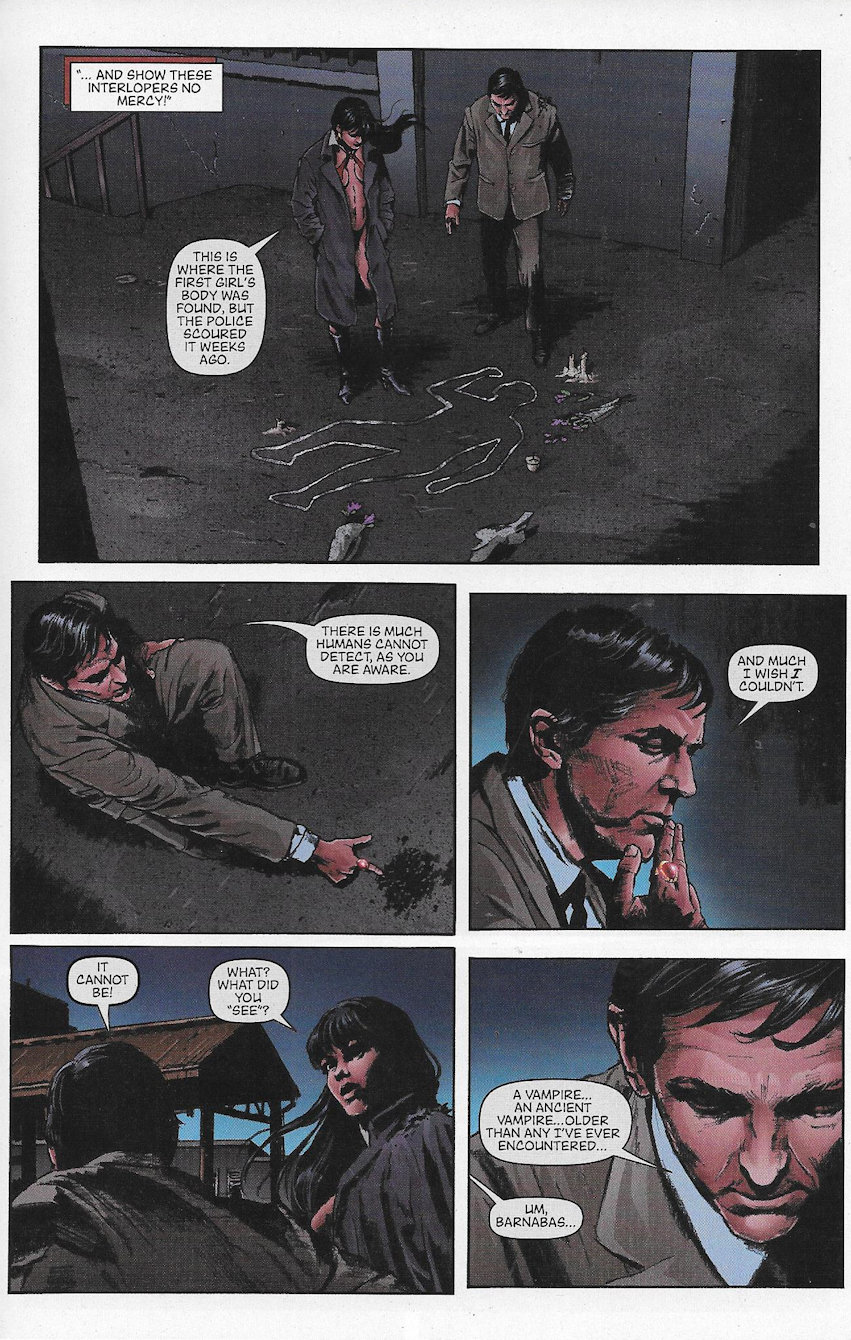 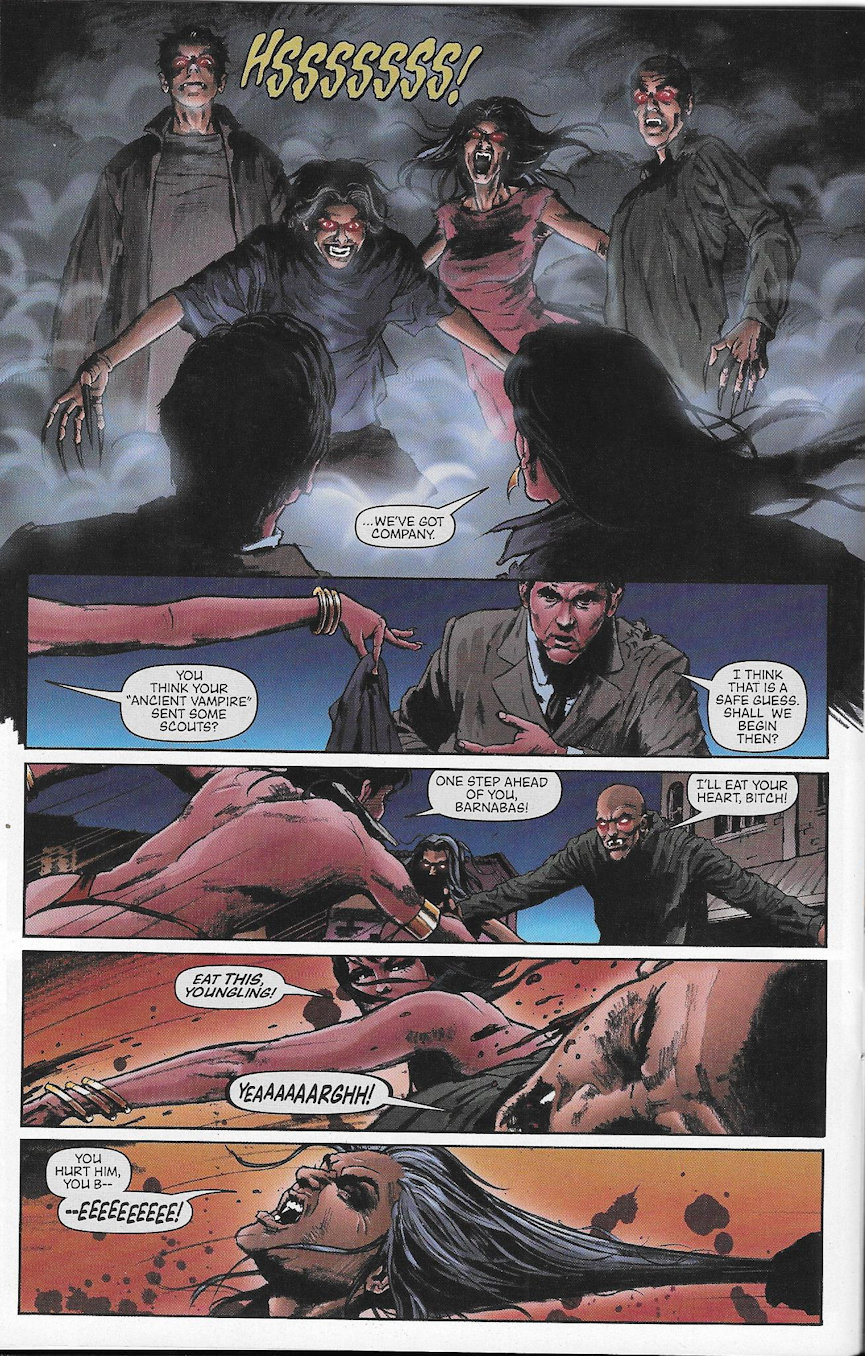 …four on two doesn’t seem very fair. Luckily for them Quentin and Pantha are passing by at that moment leading to… 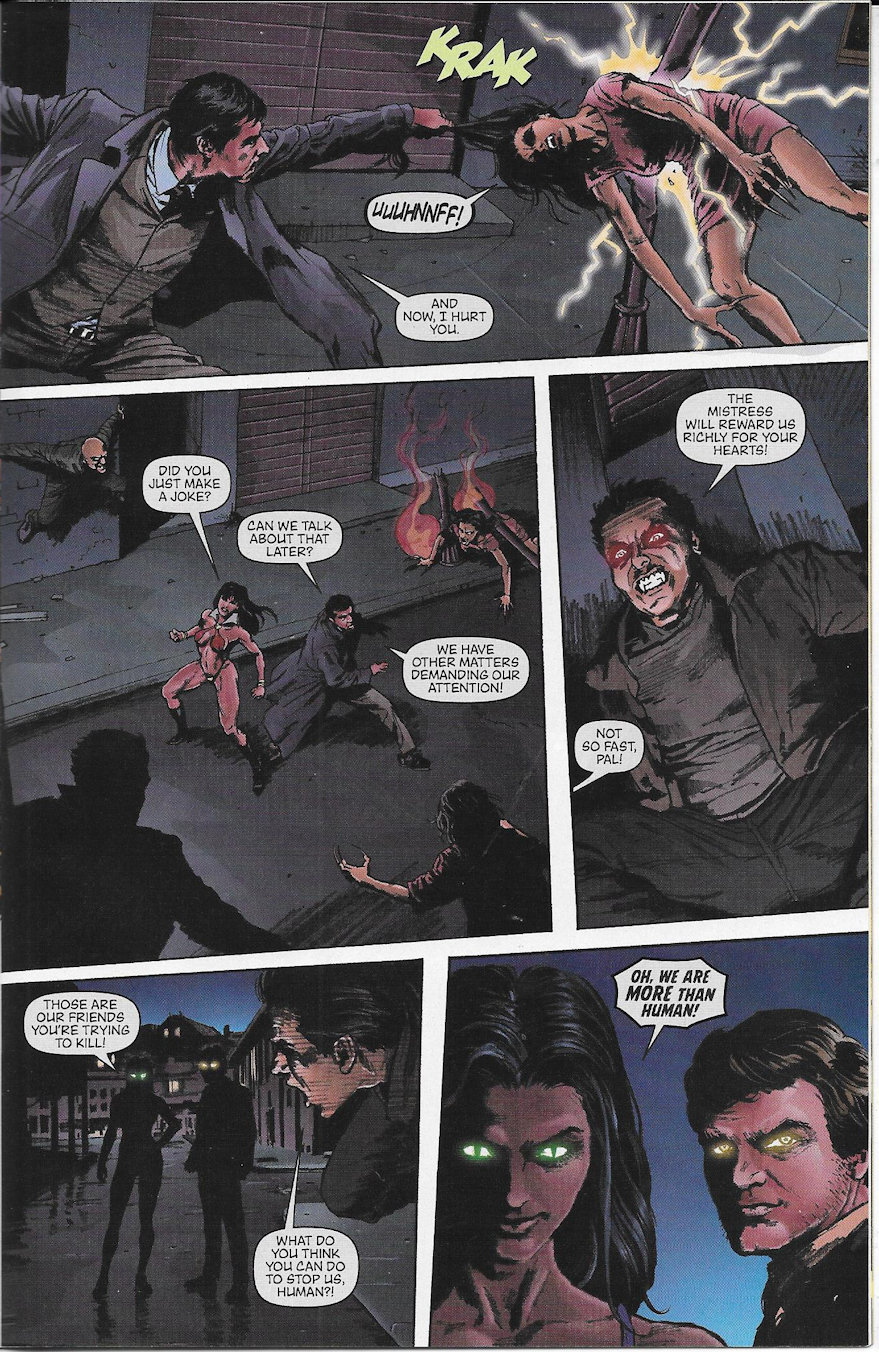 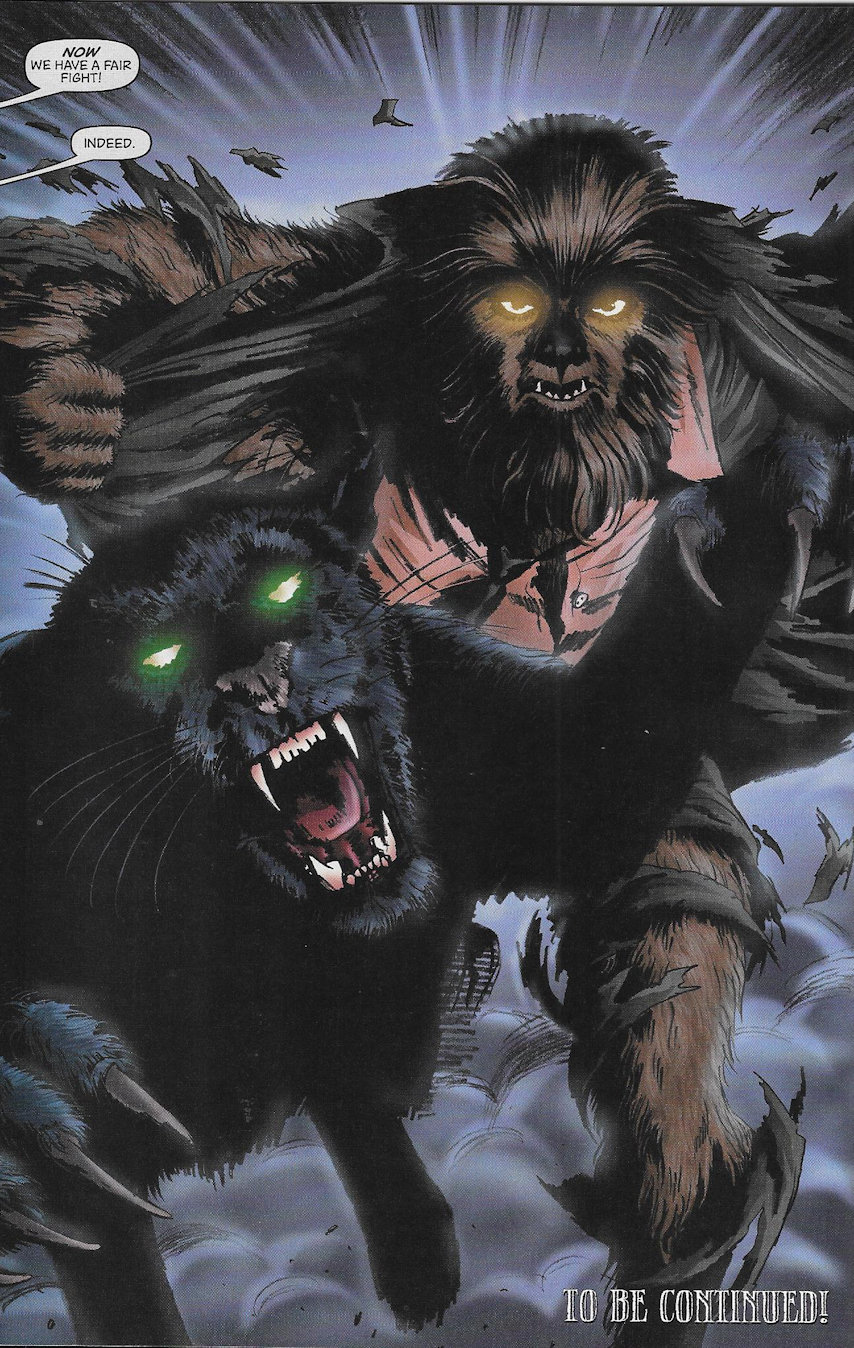 A battle that is continued next issue.

Again, I am glad I plucked this from the Half-Price Books bin. It is a ton of fun and I enjoyed every page of it. Hope you liked it too.

Posted by SonOfCthulhu at 6:42 PM