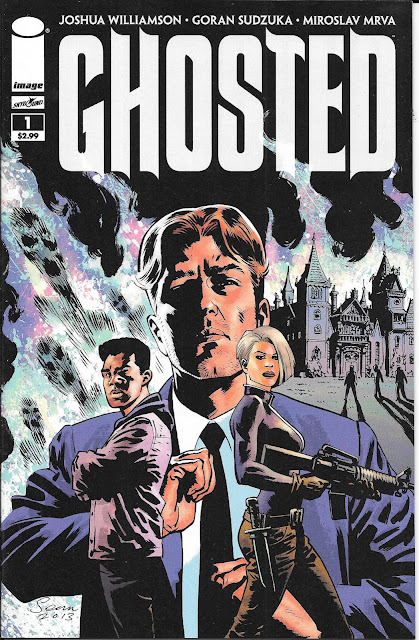 It’s always a pleasant surprise to encounter a book that I enjoy in the stacks of Crapbox books. Also it warms my heart to see that same book has gone on to a long and prosperous run. Ghosted is one of those books. Joshua Williamson takes the concept of a thief who can steal anything who is broken out of prison by a billionaire, tasked with stealing a ghost, and given his own crack team of paranormal investigators to do it out for a run that lasted 20 issues or four nice sized trades. If this issue is any indication, Williamson and artist Goran Sudzuka did a great job with the story, and I call tell that even though the book barely touches on any of the supernatural elements in this first issue.

Ghosted give you a lot of bang for your buck, so I’m going to step aside and let the book do all the talking at this point. 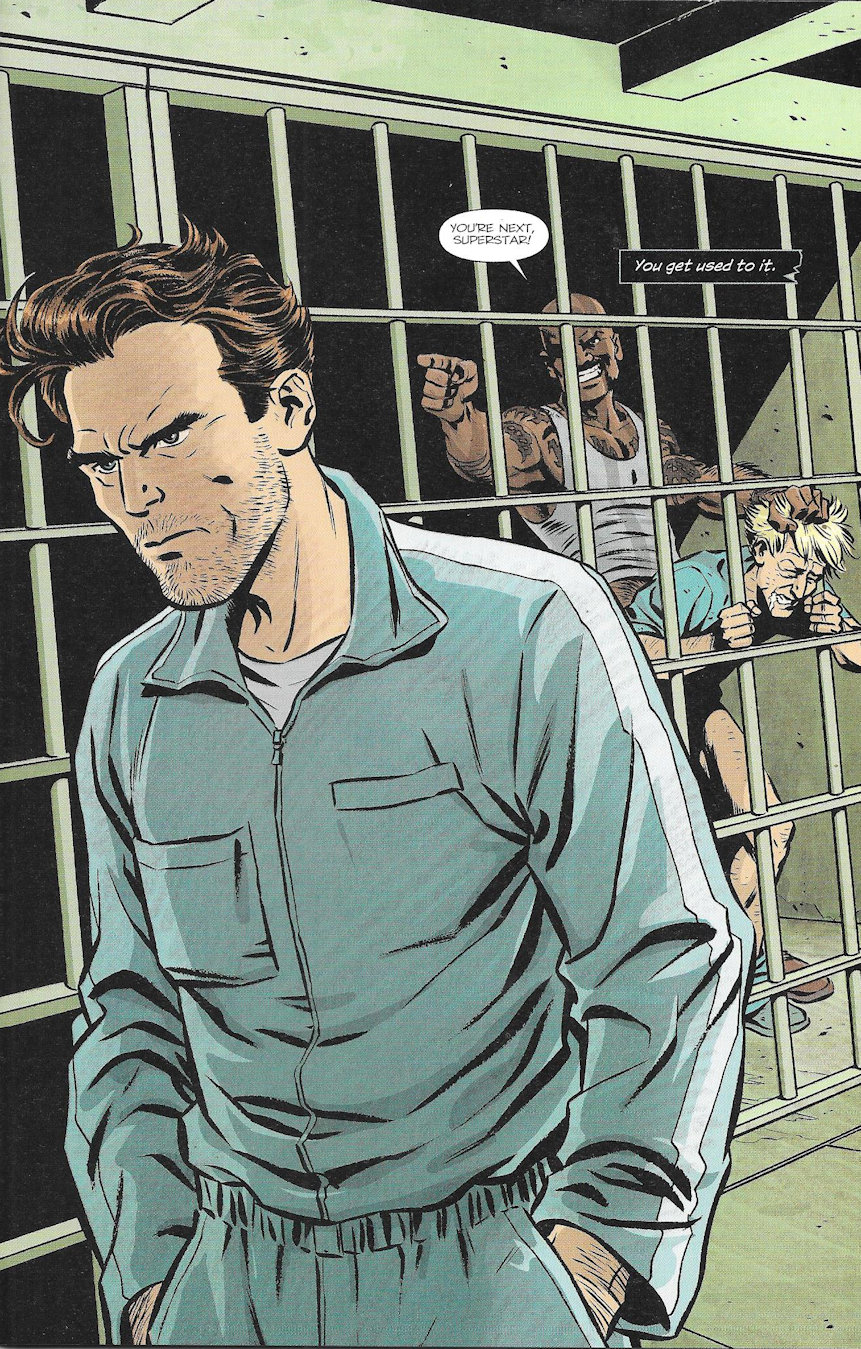 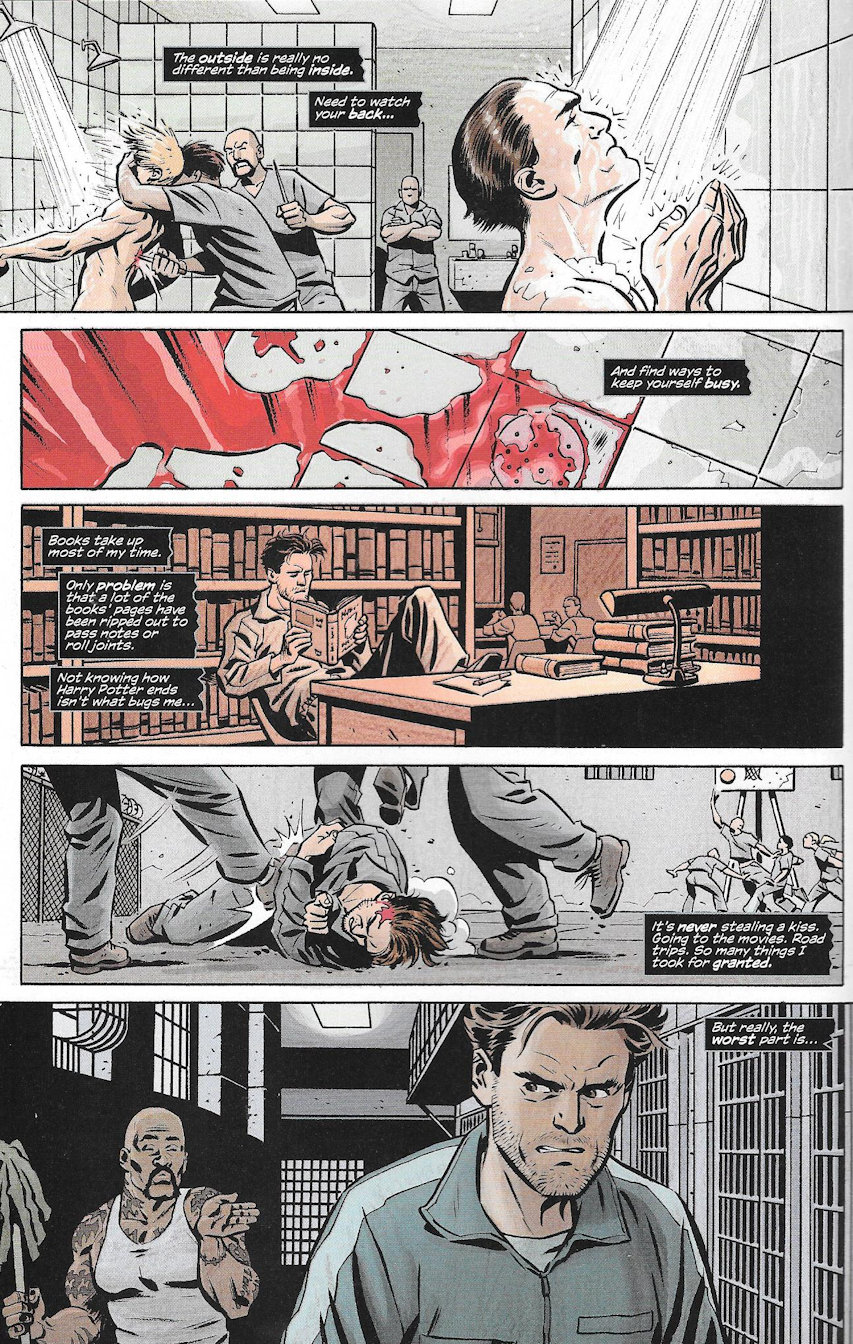 And talking is right where the book drops us in. Here we have Jackson T. Winters getting his inner monologue on while serving out his time in prison. The first three pages show that Winters is a loner who is only looking out for himself. Sure, he’s taking his share of lumps too, but he’s doing what he can to survive even if his outlook is terribly bleak. 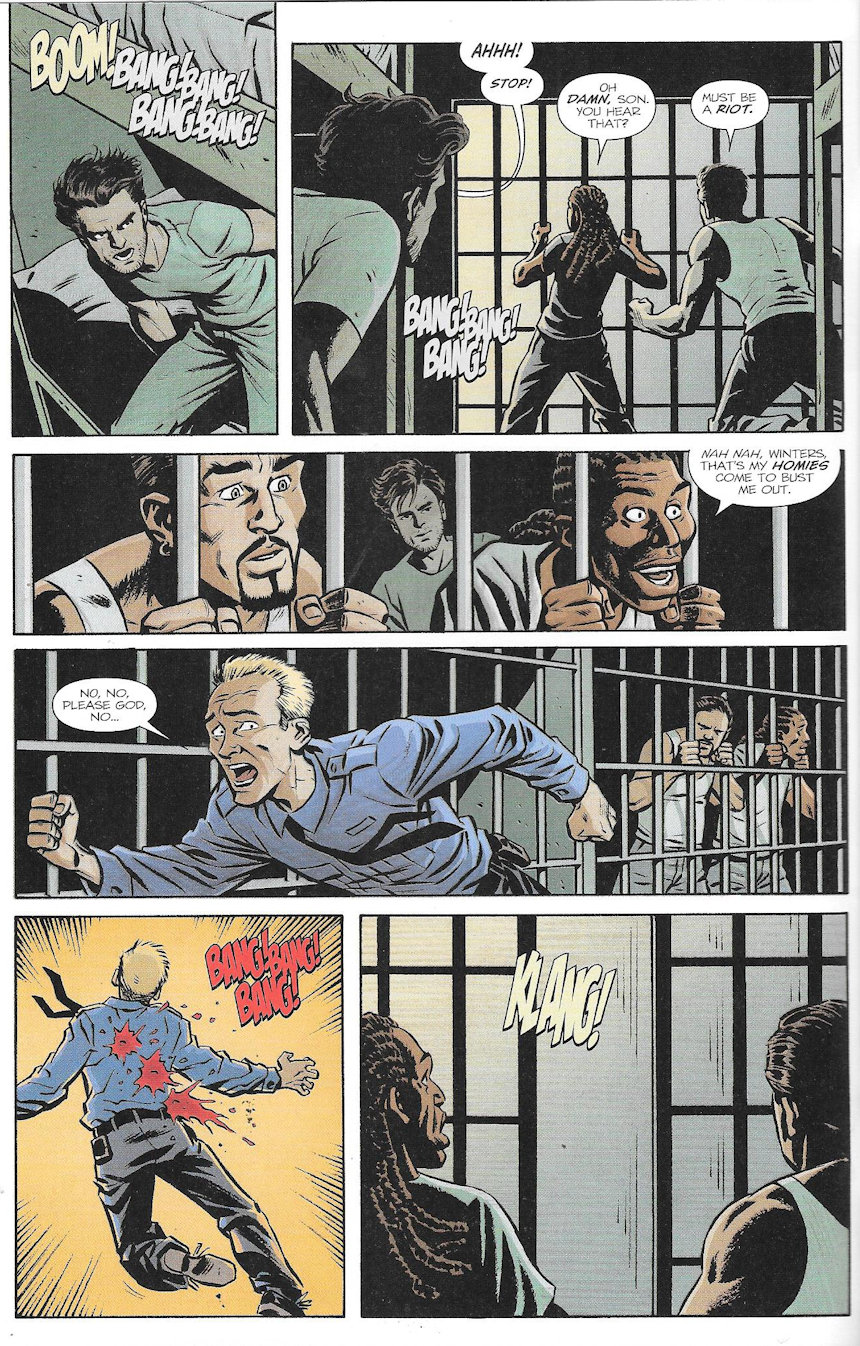 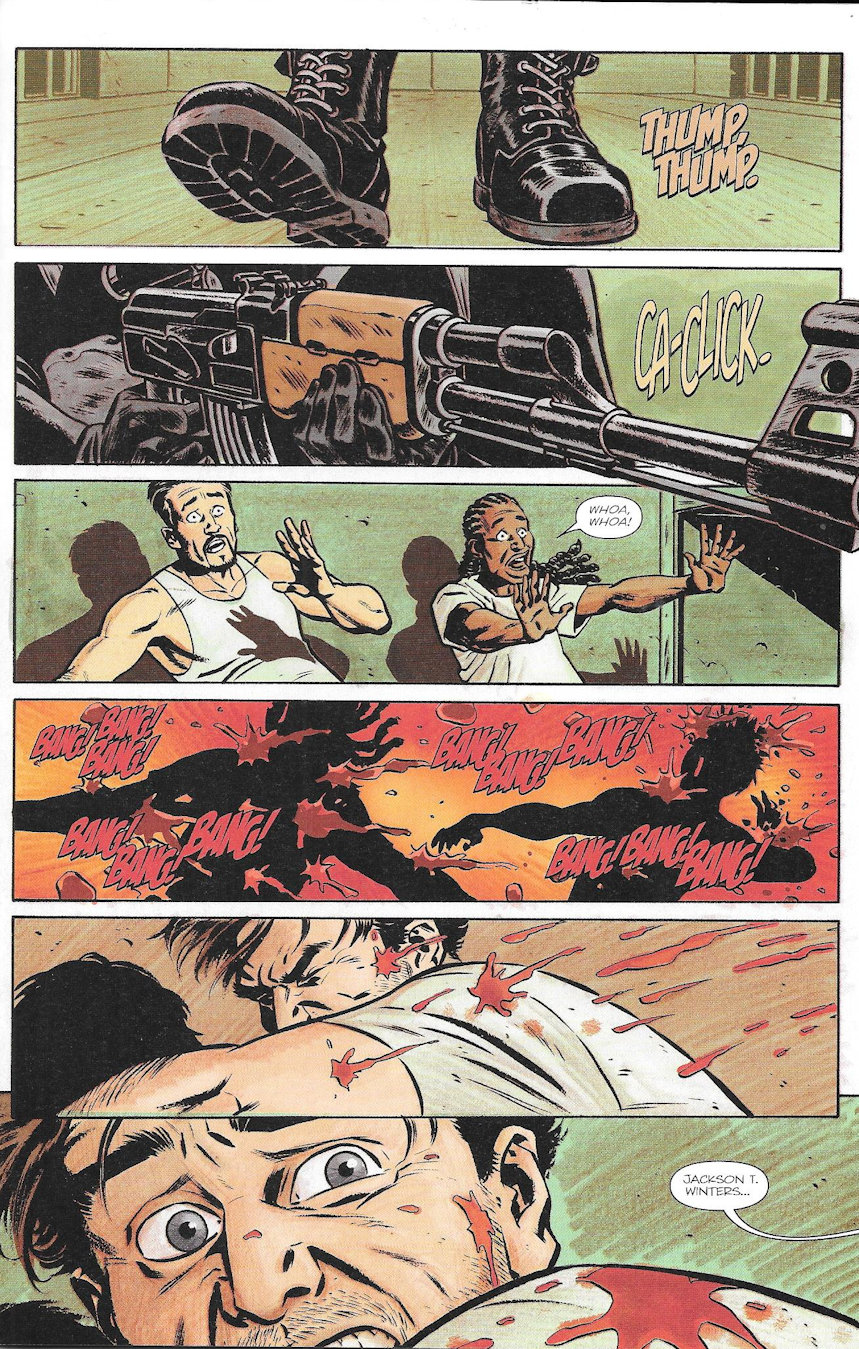 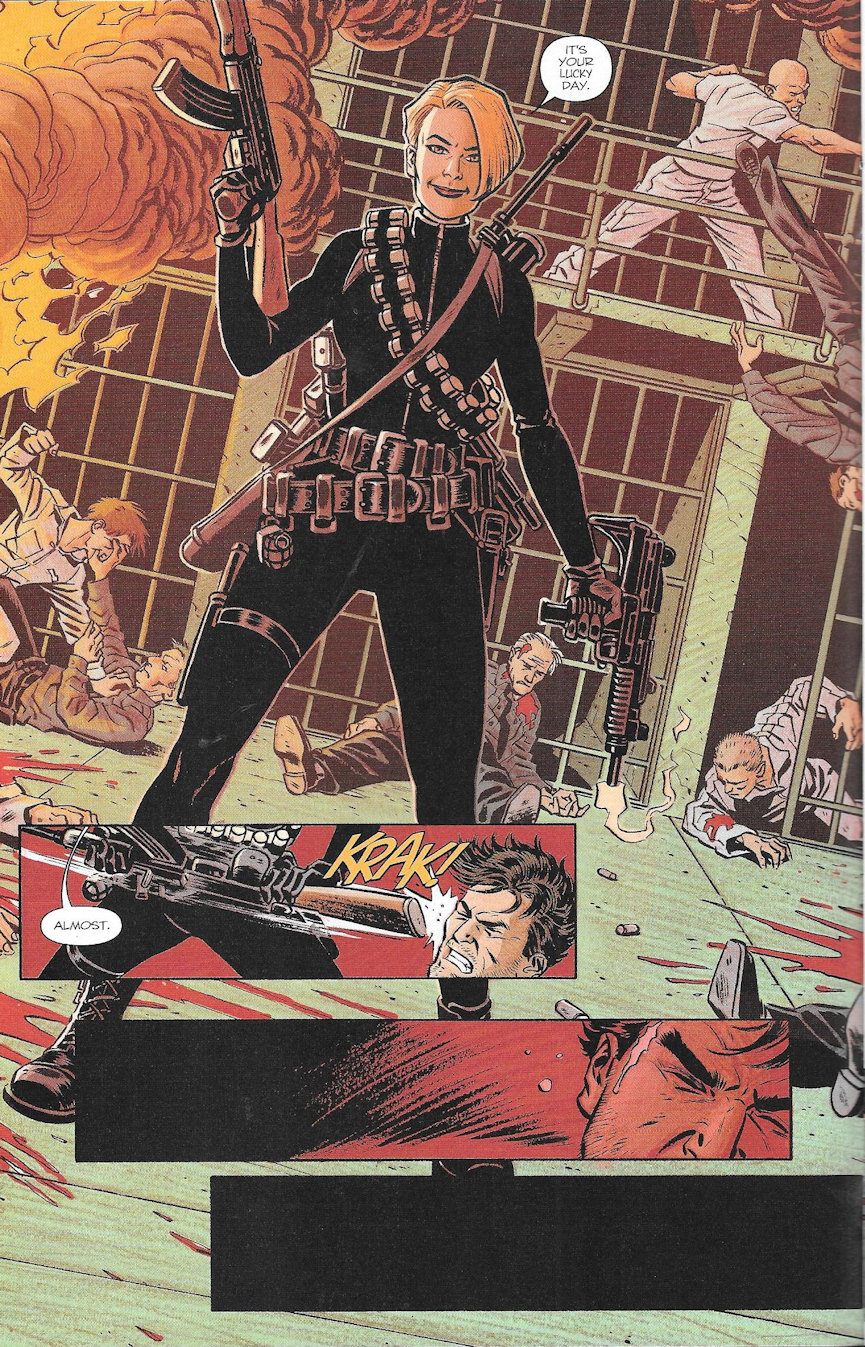 Funny how things can change so quickly. And within the span of the next three pages, change they certainly do as a very bloody prison break occurs. A break perpetrated by this very amoral young lady decked out like Deathstroke’s little sister. She’s here for one person and one person only, though. Winters. 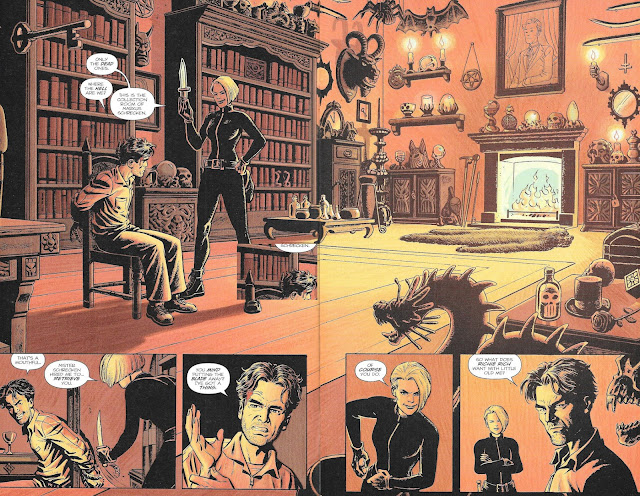 When he wakes, Winters finds himself the captive of one Anderson Lake, a talented mercenary in the employ of billionaire Markus Schrecken. Winters asks what is on all our minds. 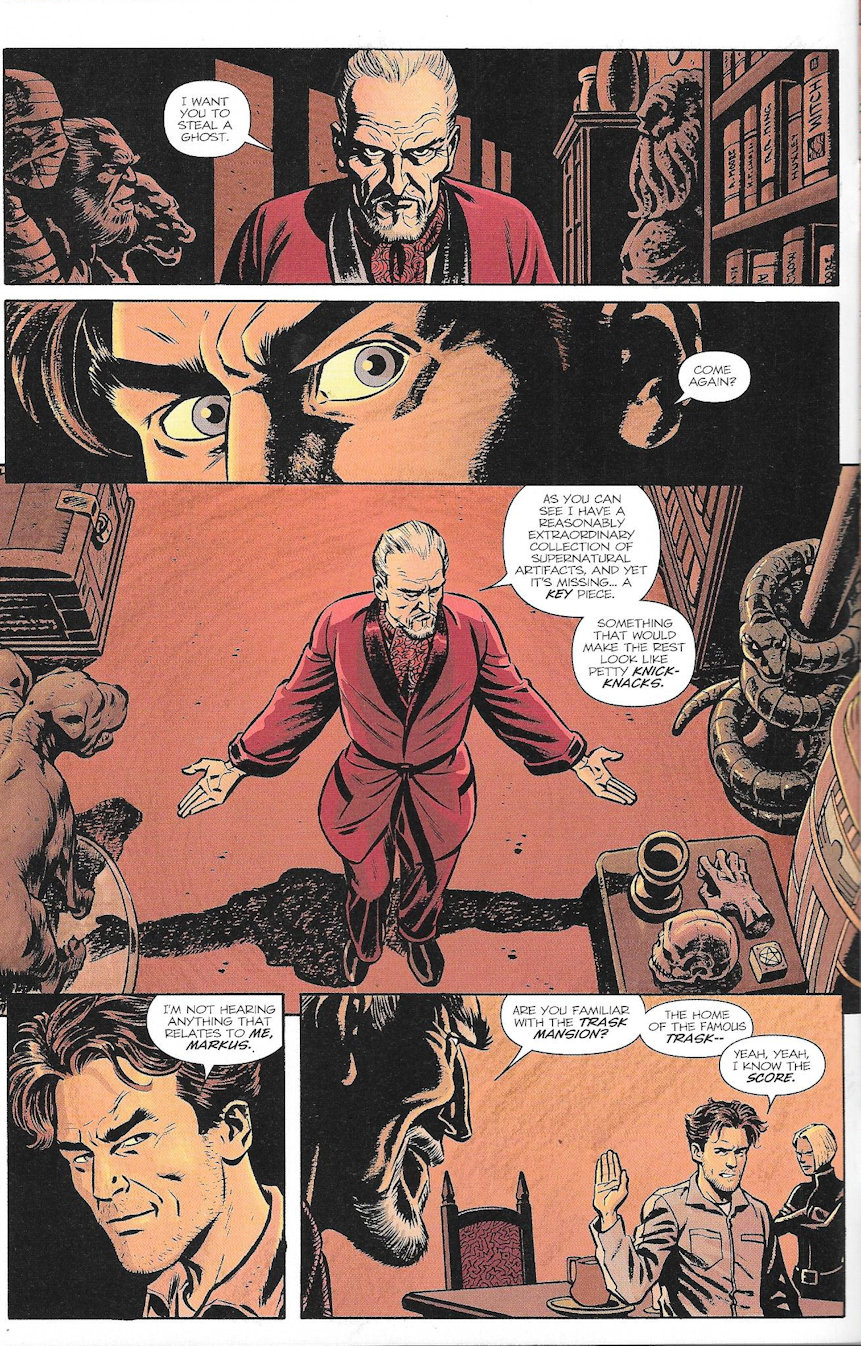 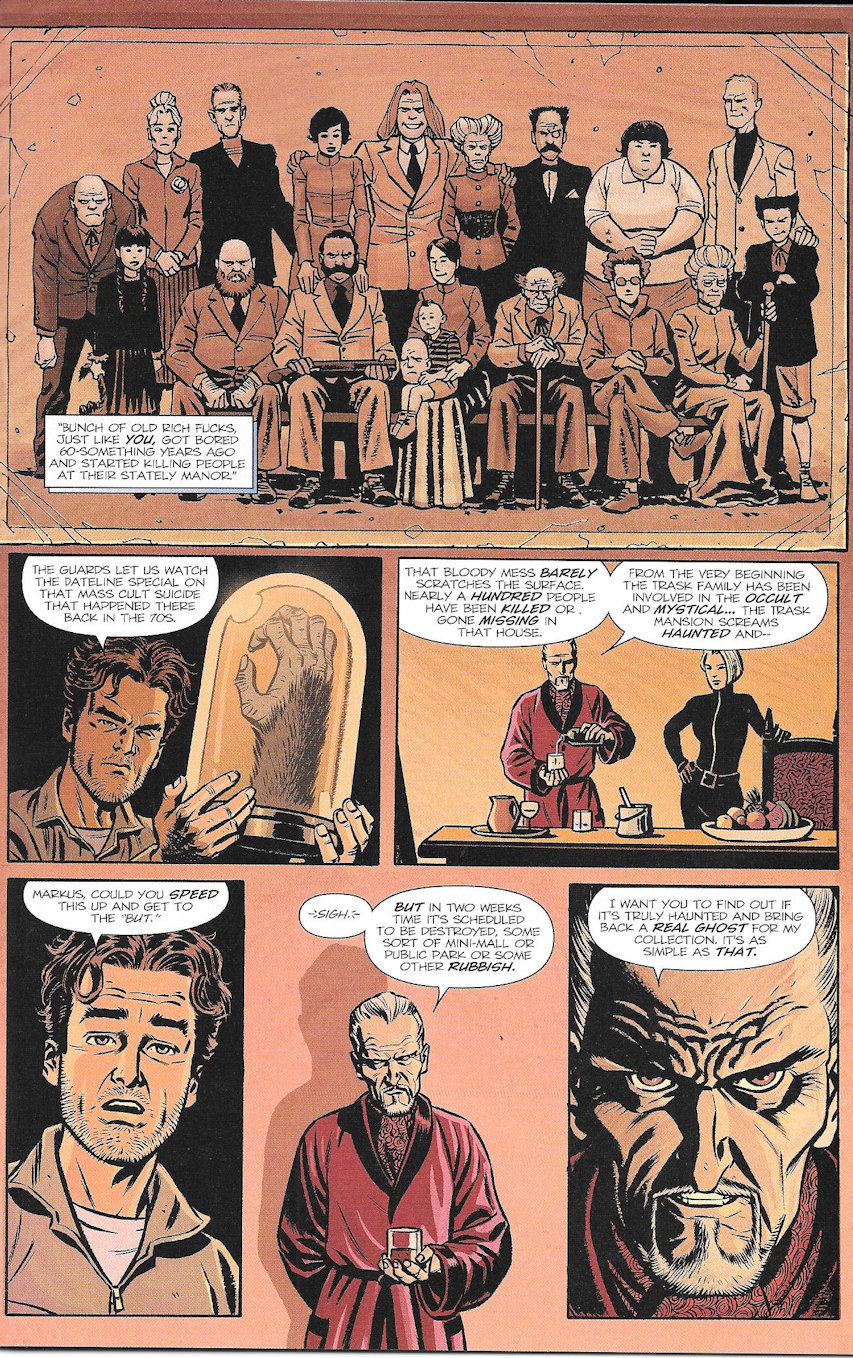 Luckily Schrecken obliges us with both his presence and an answer. Seems money CAN buy you anything. Anything including an actual ghost. Oh, and the means to obtain said ghost. 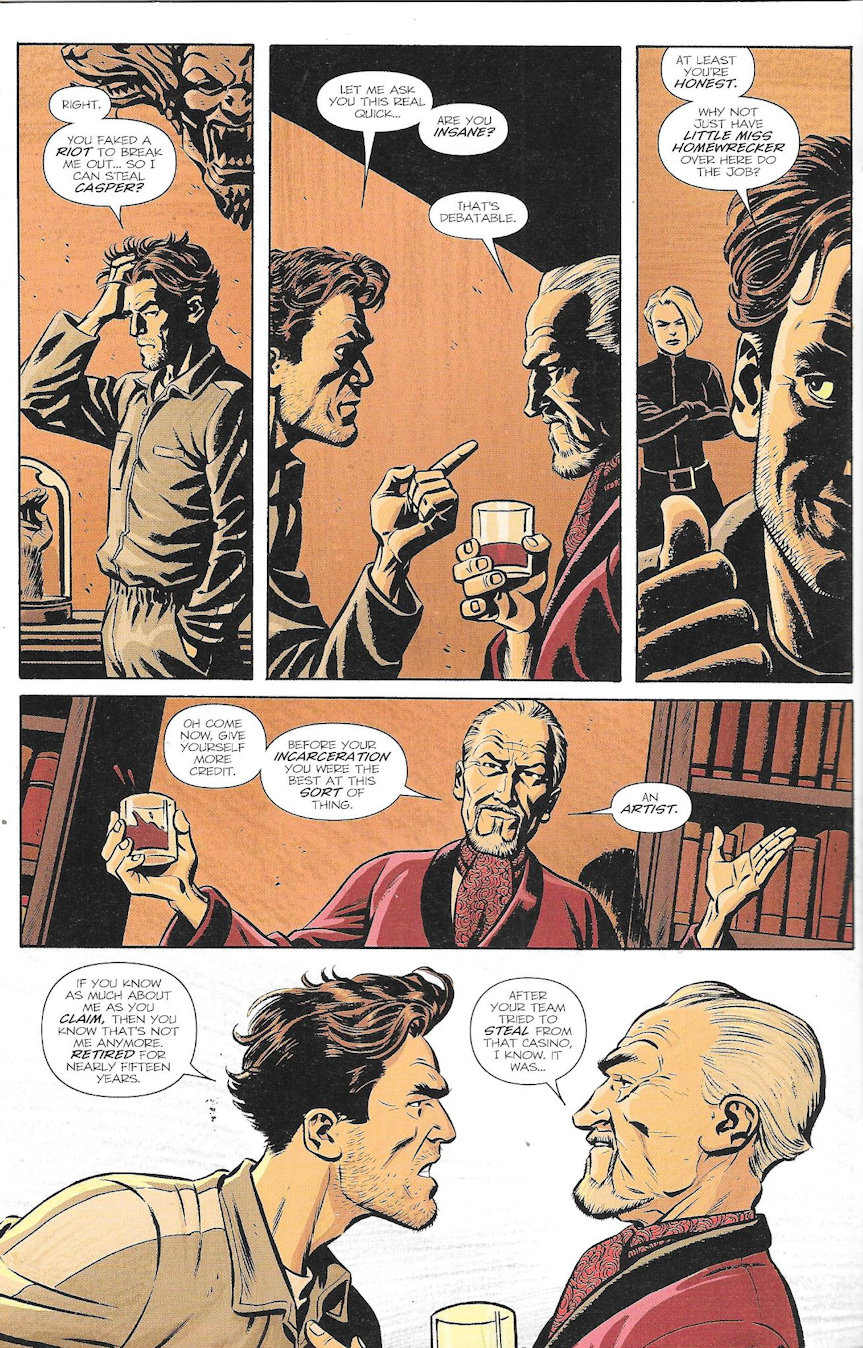 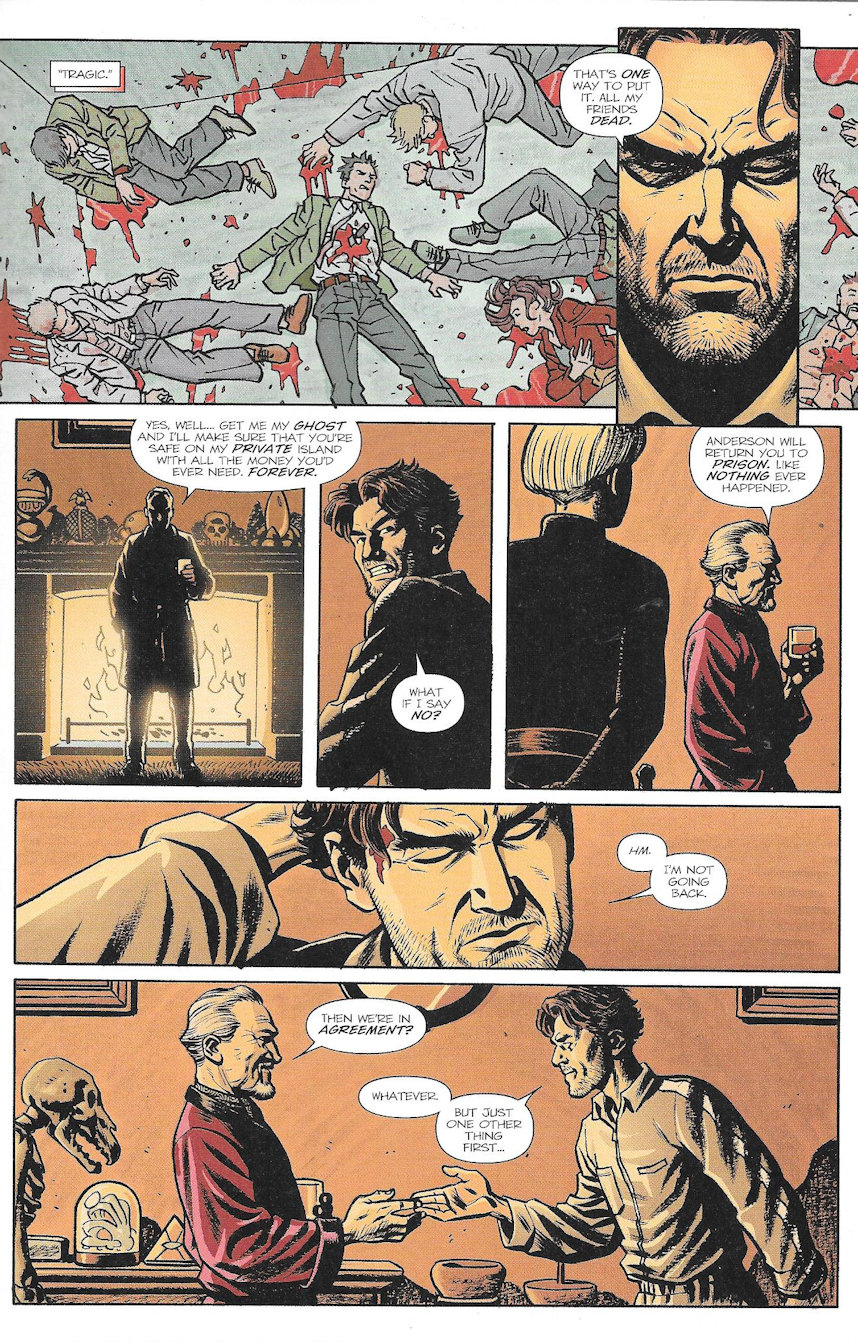 And those means are the skills the Winters possesses as the (not “one of”) Best thief on the planet. Sadly, those skills weren’t enough to prevent his last team from getting killed in a casino job. A job that got Winters incarcerated and his friends dead. What Schrecken is offering though is enough money to buy new friends and the freedom of his own private island. Winters is in, of course, but he has one condition… 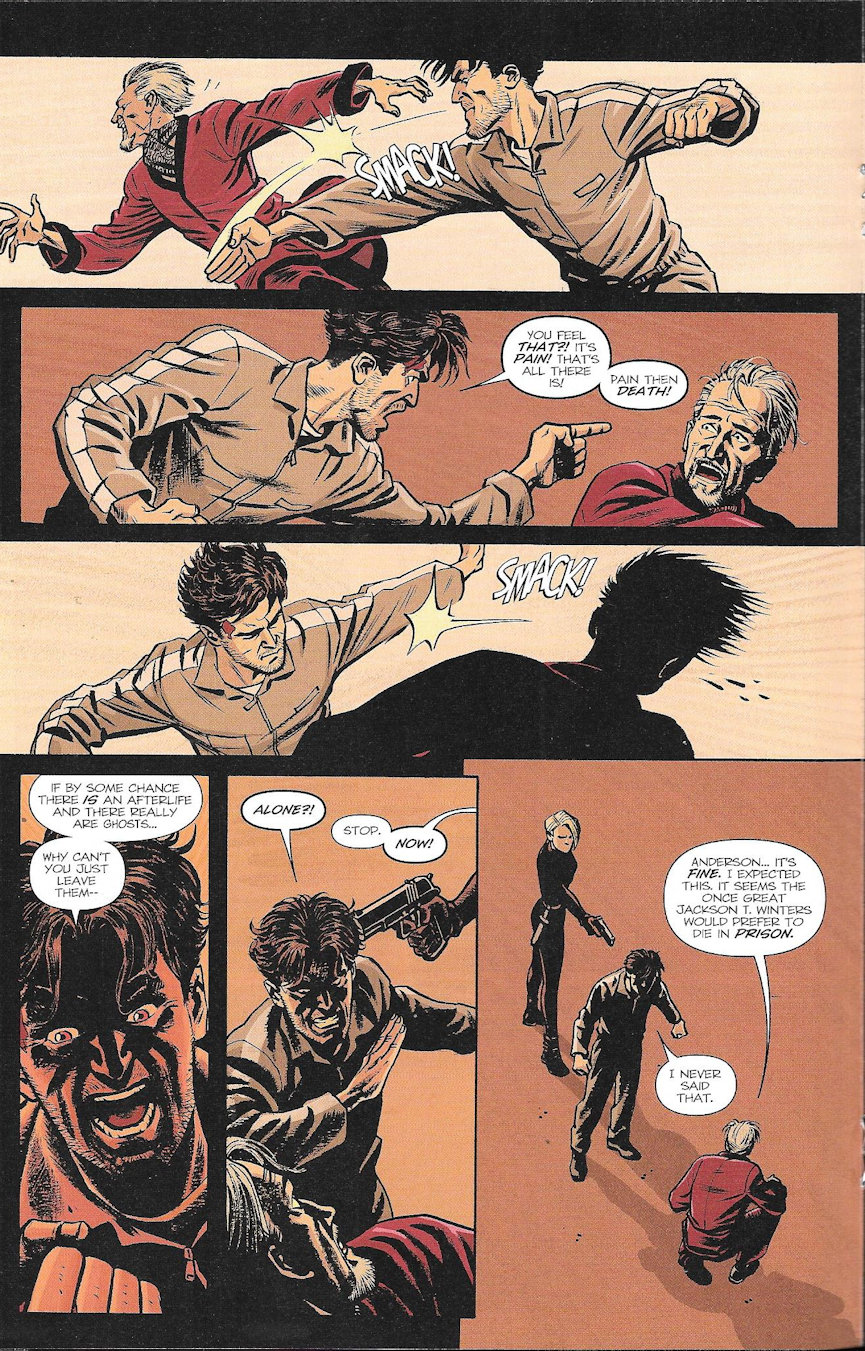 Well, okay! Two other conditions. First, he lets Schrecken know that moneybags really shouldn’t be tampering with the laws of nature. And second, he asks for some easily obtained items and the freedom to recruit his own team to do the job. Schrecken is on board as long as Anderson gets to accompany him. 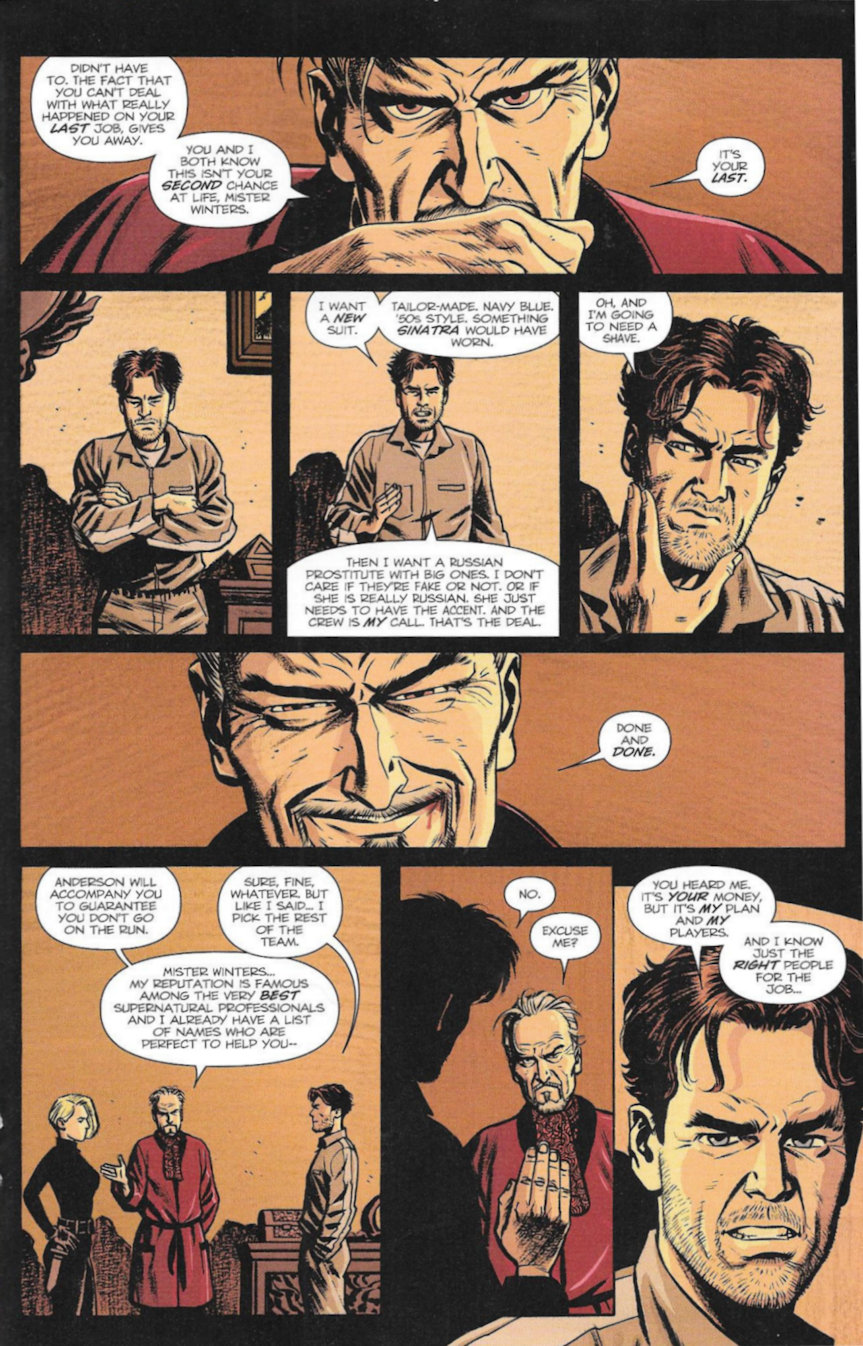 And so the rest of this long issue is about Winters picking up the people who will make up the cogs in his ghost-hunting machine. It’s neat to watch Williamson work here, setting up each player and giving us a panel or so to get to know them. 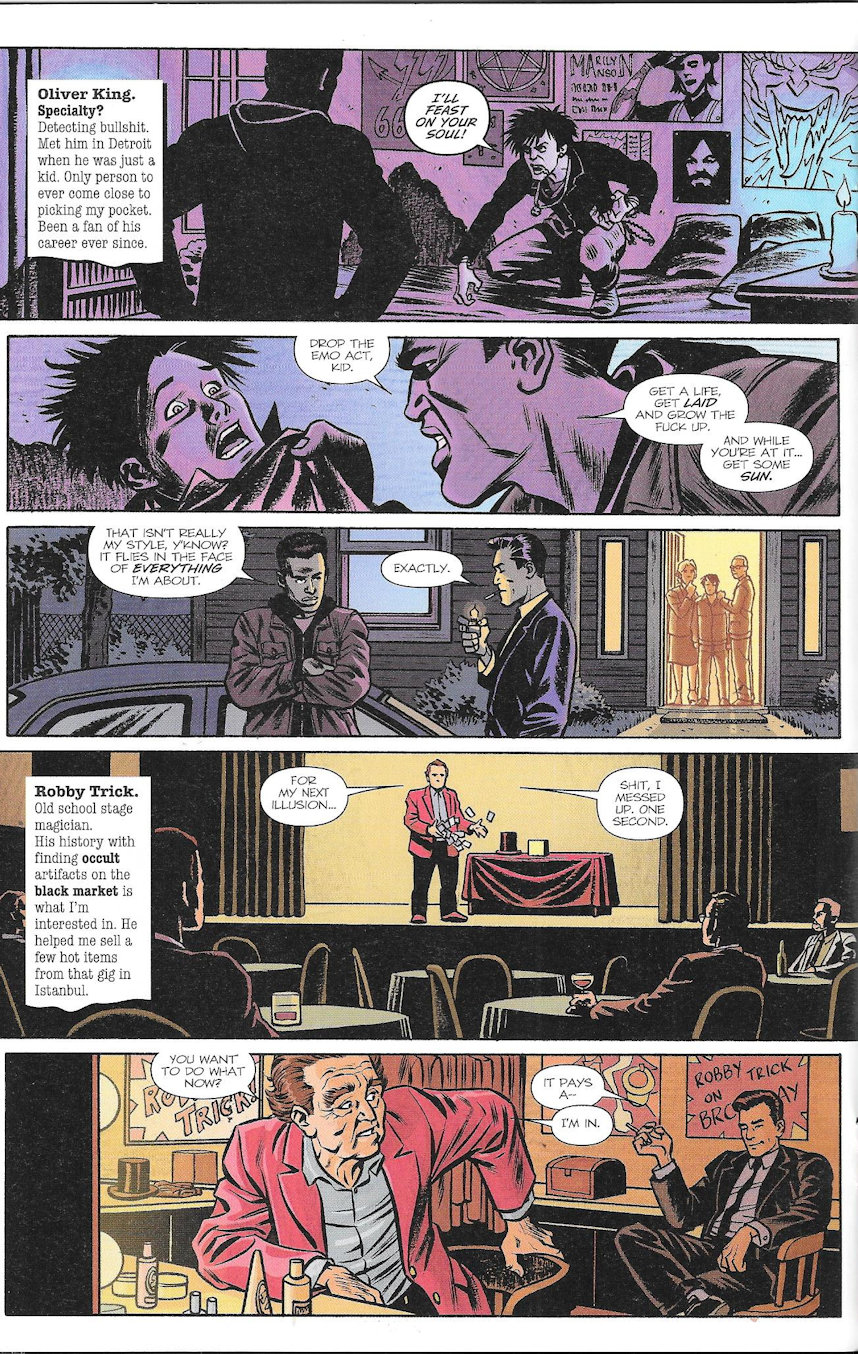 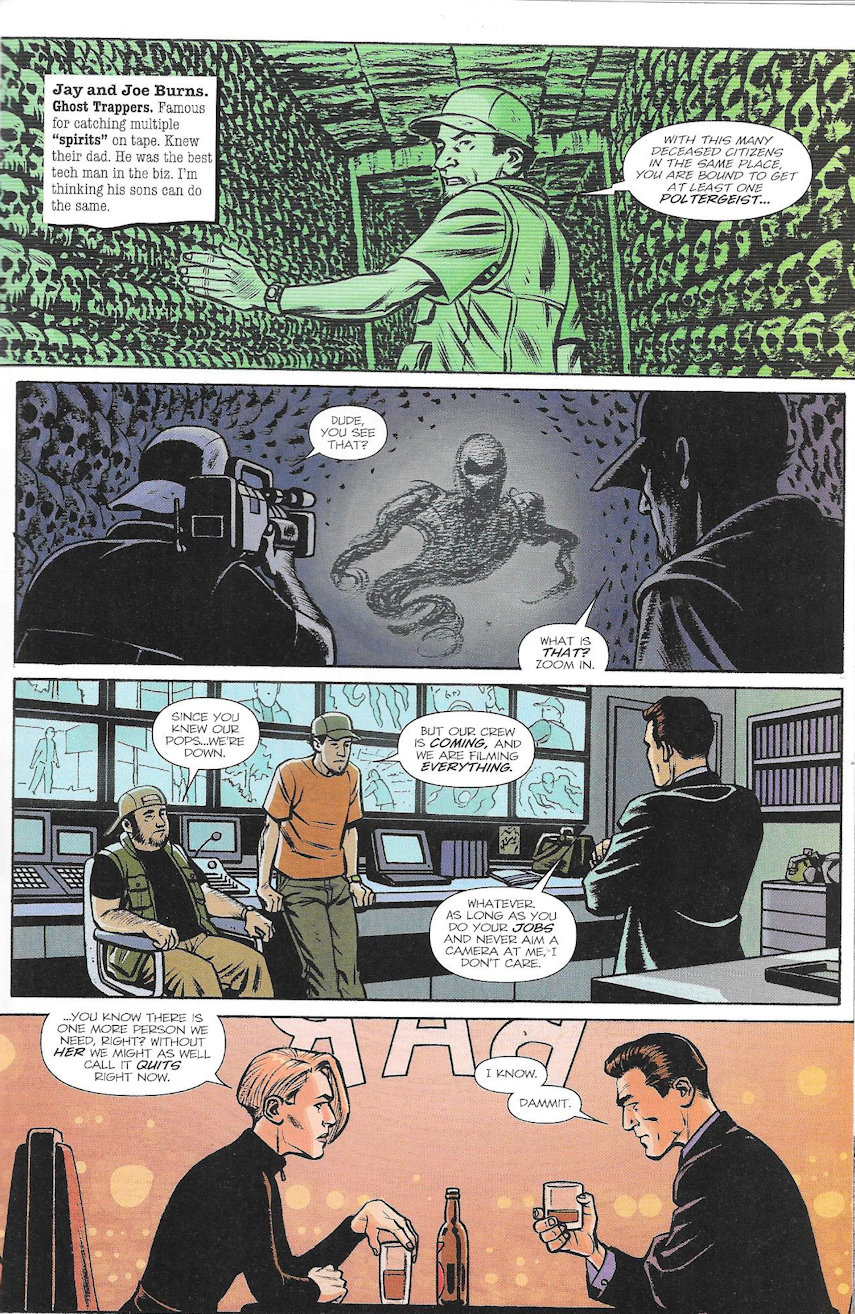 And lastly, the one they HAVE to get, Edzia Rusnak, super psychic and medium… 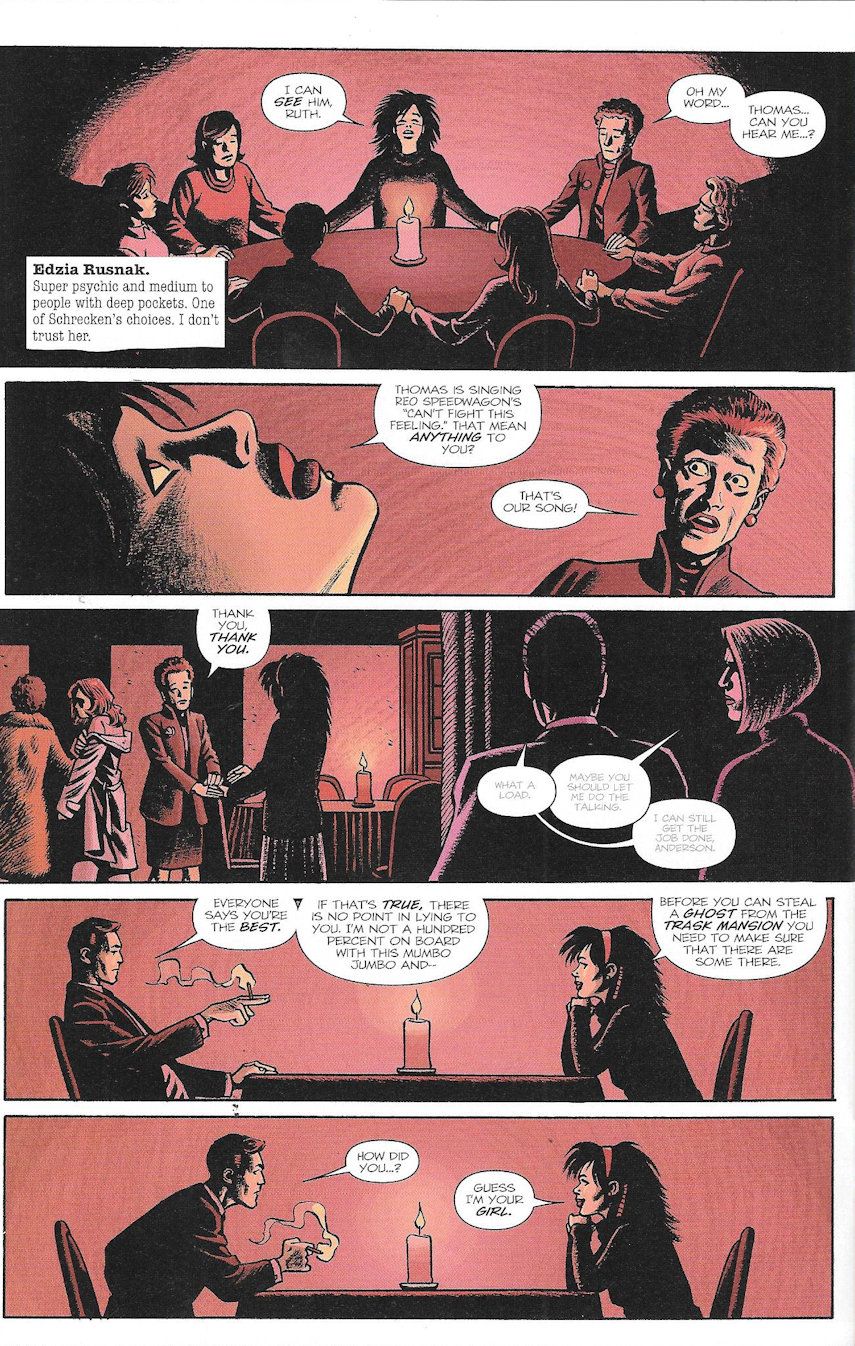 Love that each of these players have their own personality and quirks. Williamson will have fun putting each through his or her paces I’m assuming. One person who isn’t assuming anything is Winters though. He’s working his team to the utmost to prepare… 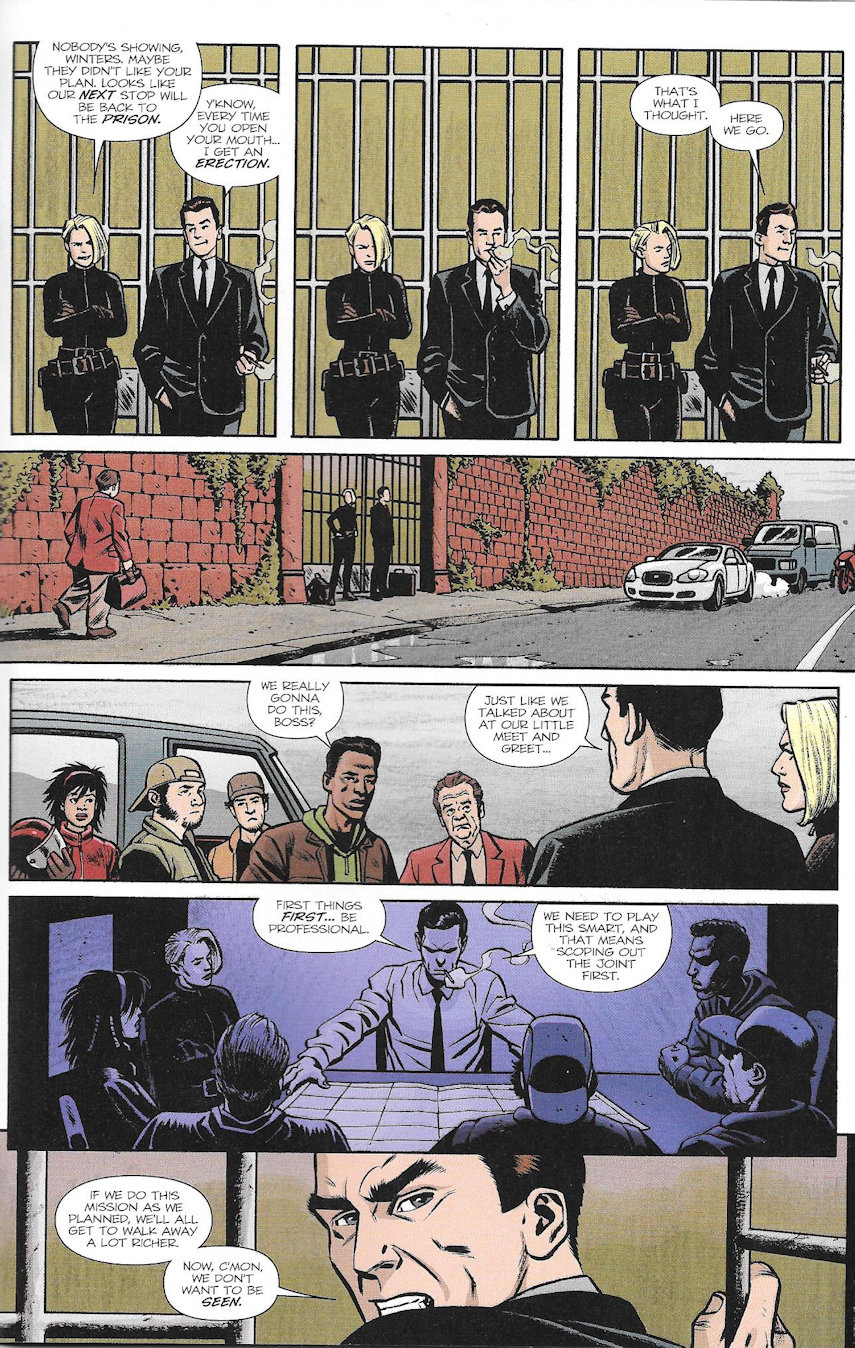 …but that means visiting the actual site to do some reconnaissance… 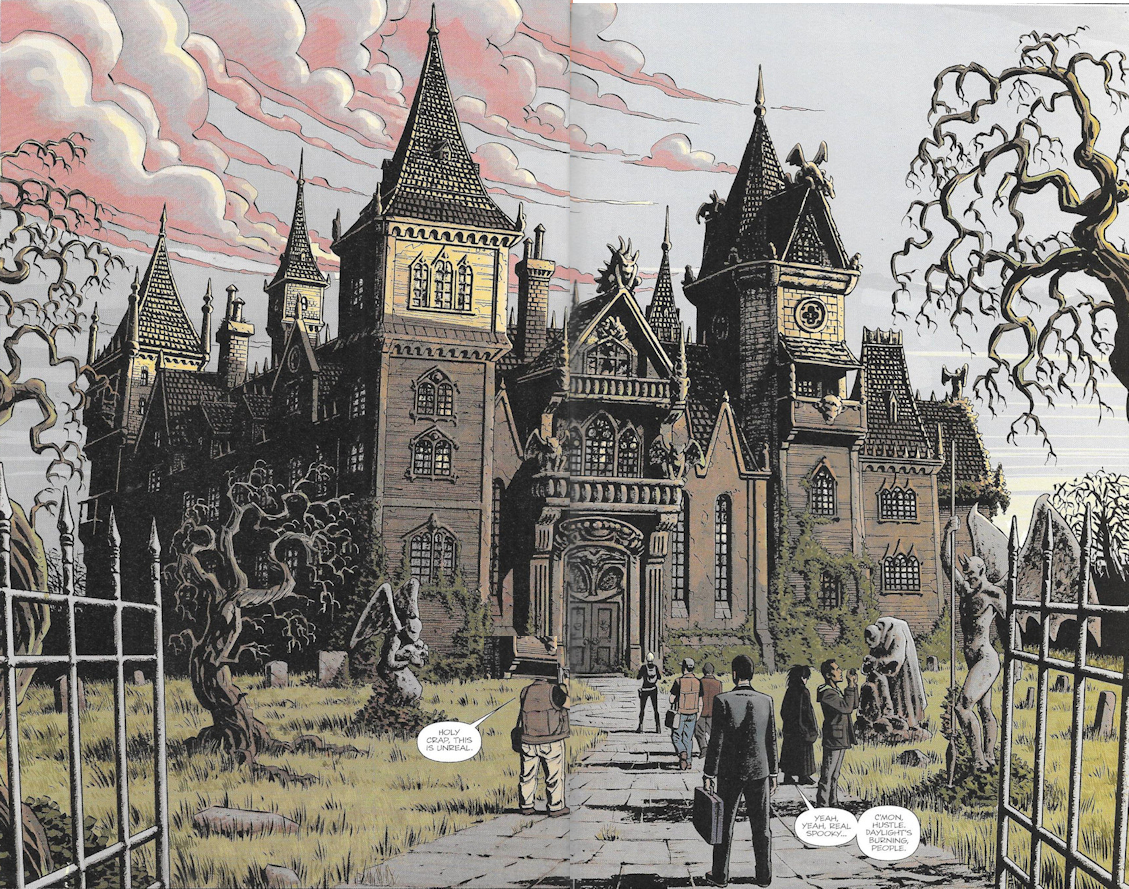 And this actual creepy manor has all the trimmings. While Winters gives everyone marching orders, he requests one thing of Edzia… 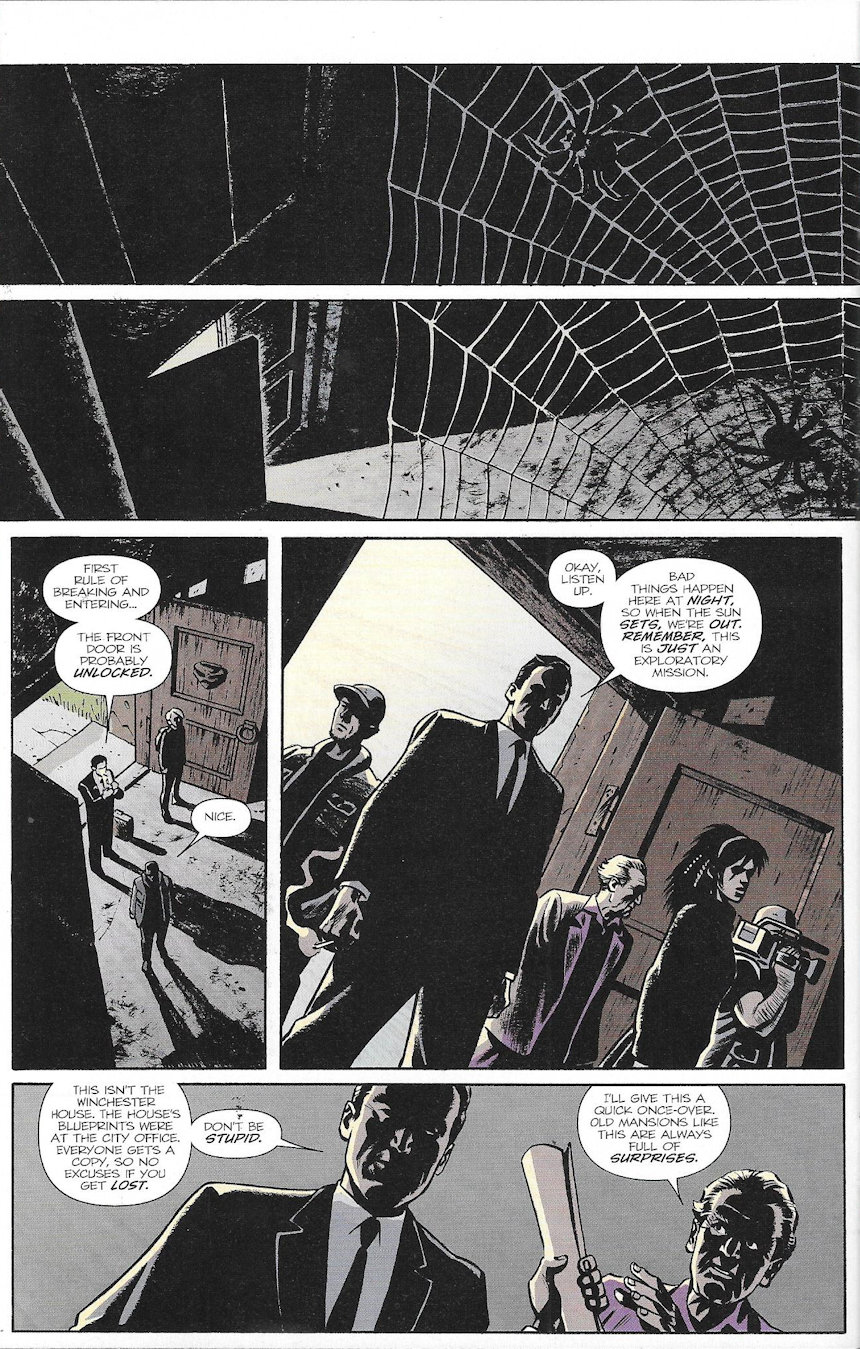 To which she covers up the magnitude of the haunted infestation this place has. I wonder if that will come back to bite them all at some point? 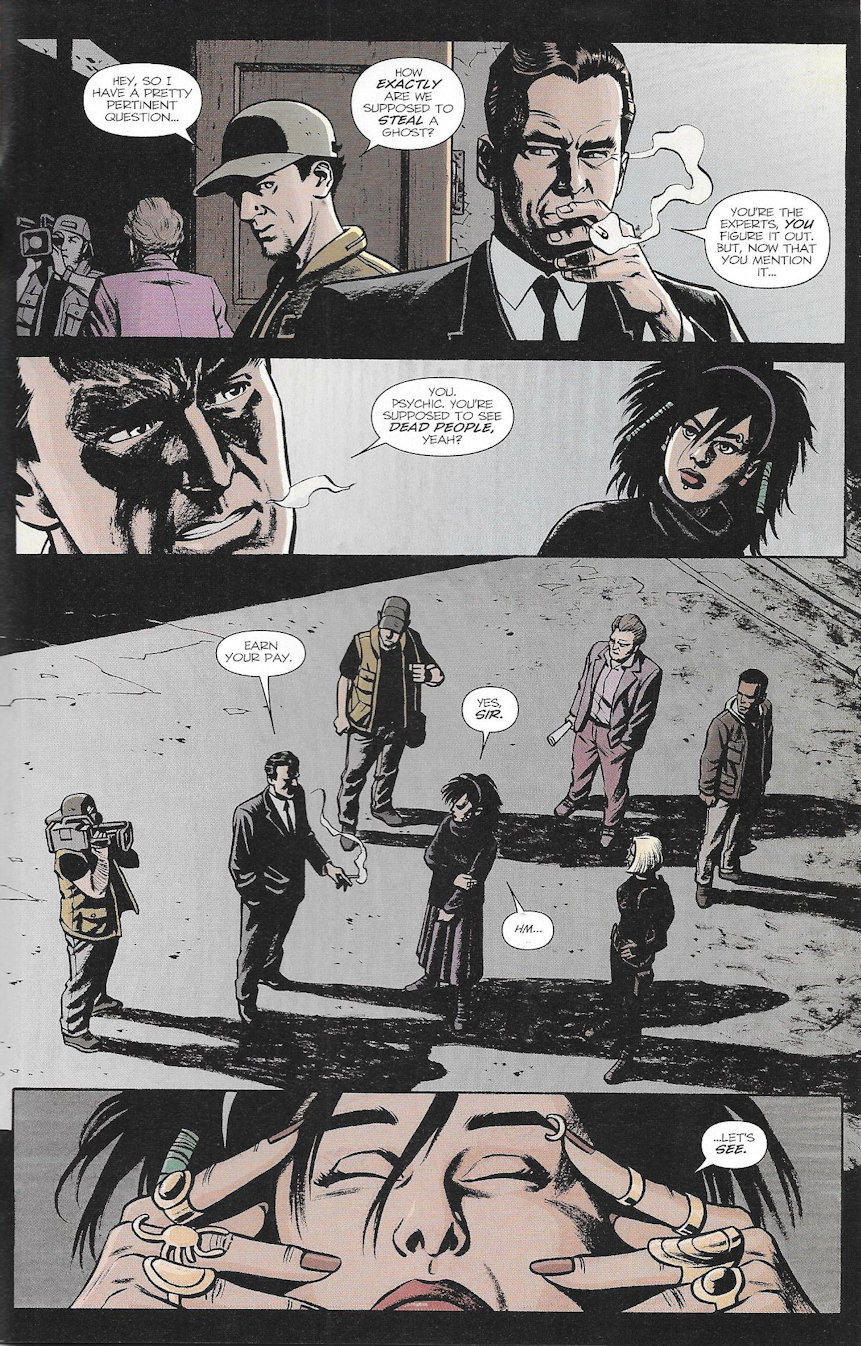 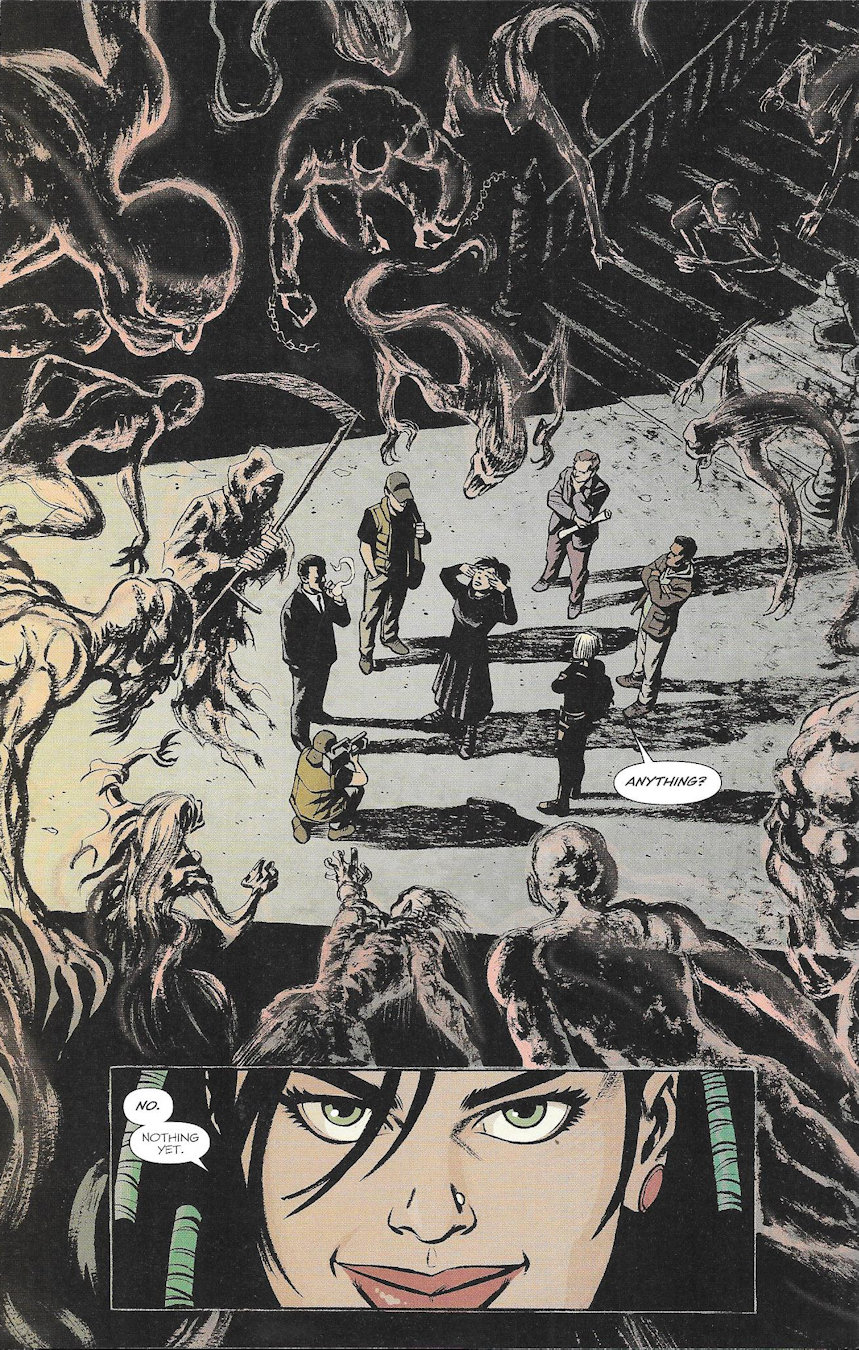 Great beginning. Sure, it’s all setup but I can agree with an issue of nothing but that if it is done properly. Where this goes next and what pitfalls await our crew, I will be intensely interested in. Find these in the bins or online. Worth the price of admission, IMHO.

Posted by SonOfCthulhu at 7:29 PM