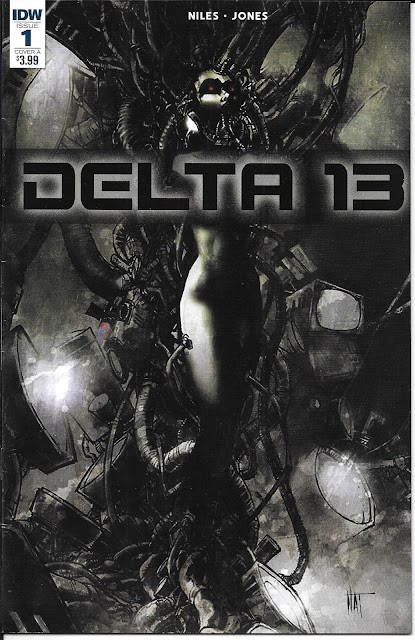 “Alien” vibes and Niles make this one a must have

I’ve said before that anything written by Steve Niles gets an automatic pick by me on my perusings. I haven’t hit anything by him yet that failed to entertain. Delta 13 is no exception. I’m not certain what happened to Delta’s 1 through 12, but starting with this unlucky number is actually quite a bit lucky for us comic readers. Having Nat Jones along to throw out some moody crisp art doesn’t hurt matters either. 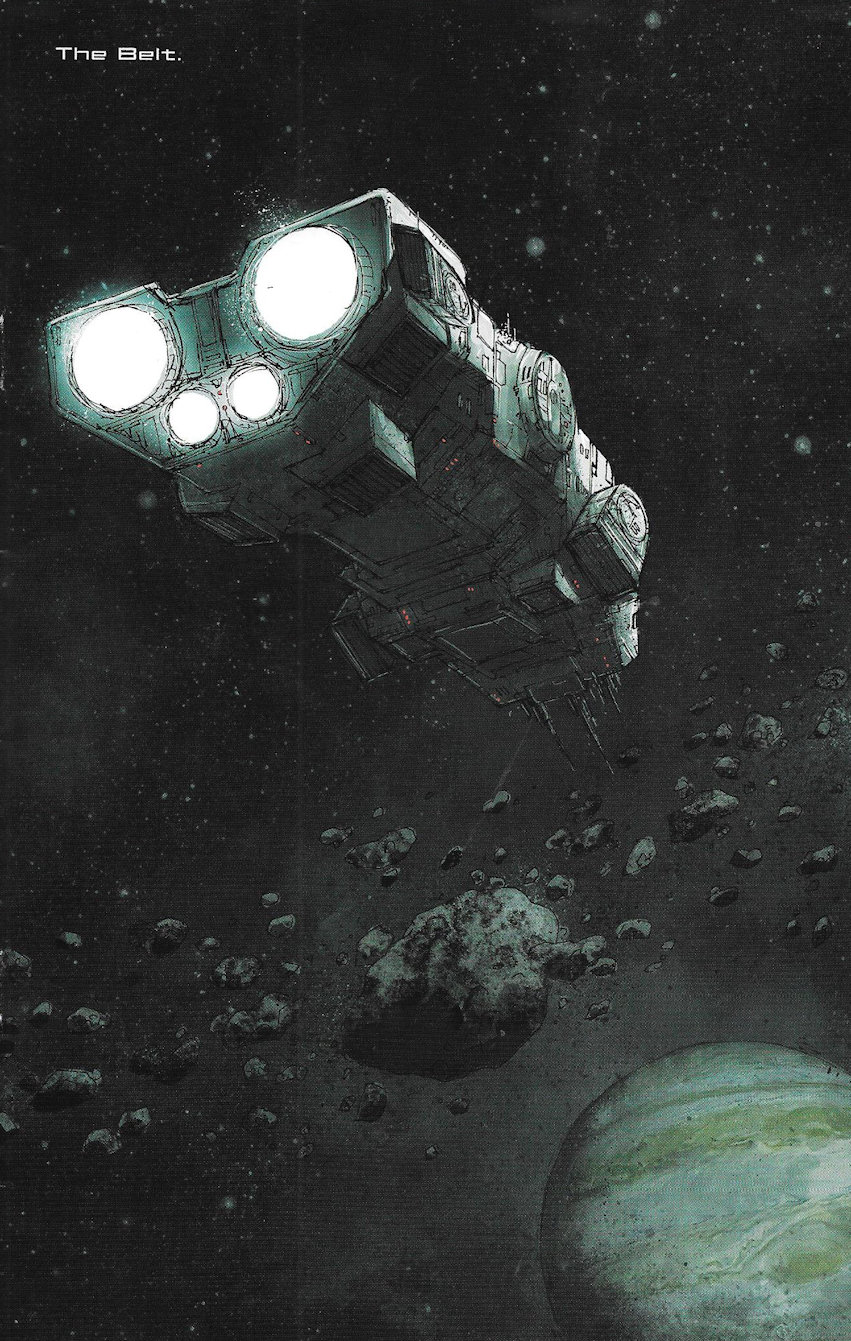 We start off on a spaceship in “The Belt” which could be any asteroid belt in the known cosmos.

Our ship’s job is to…what exactly? Survey them, perhaps? It isn’t explicitly stated, but we get that gist from the next two pages where we meet our male captain, his female technical assistant and their three fellow crewmen. 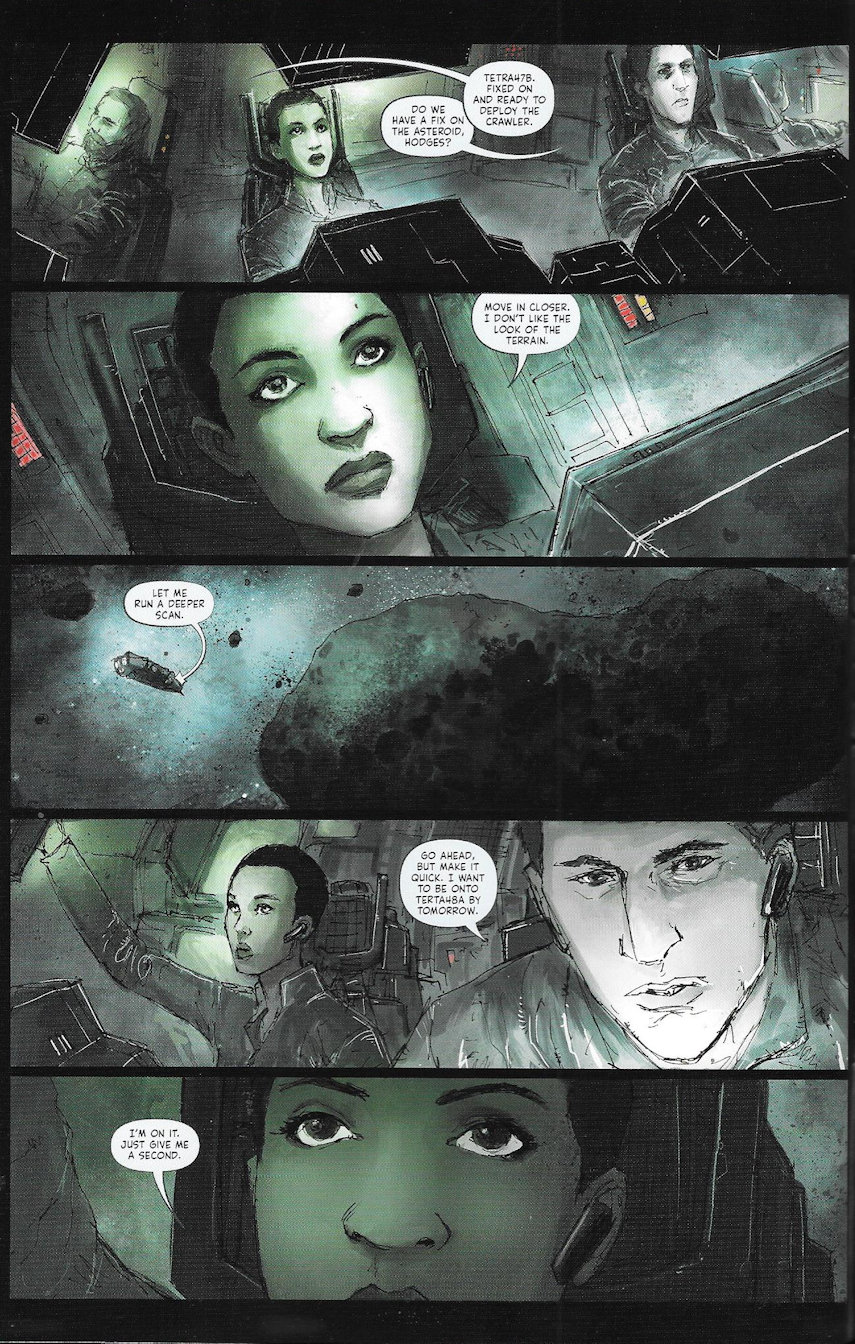 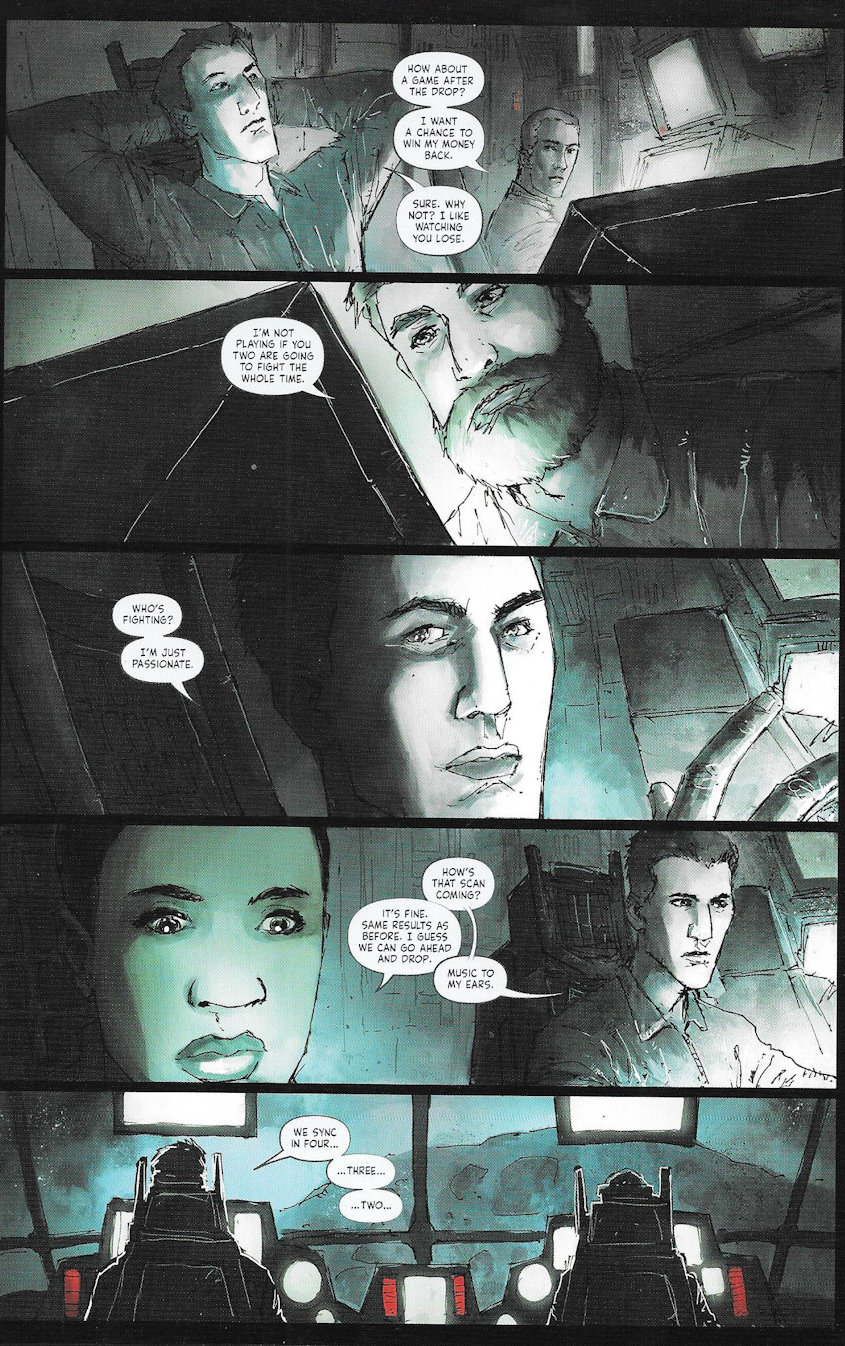 Then we watch as the team drops a spider-shaped drone and then jets away, their job done. 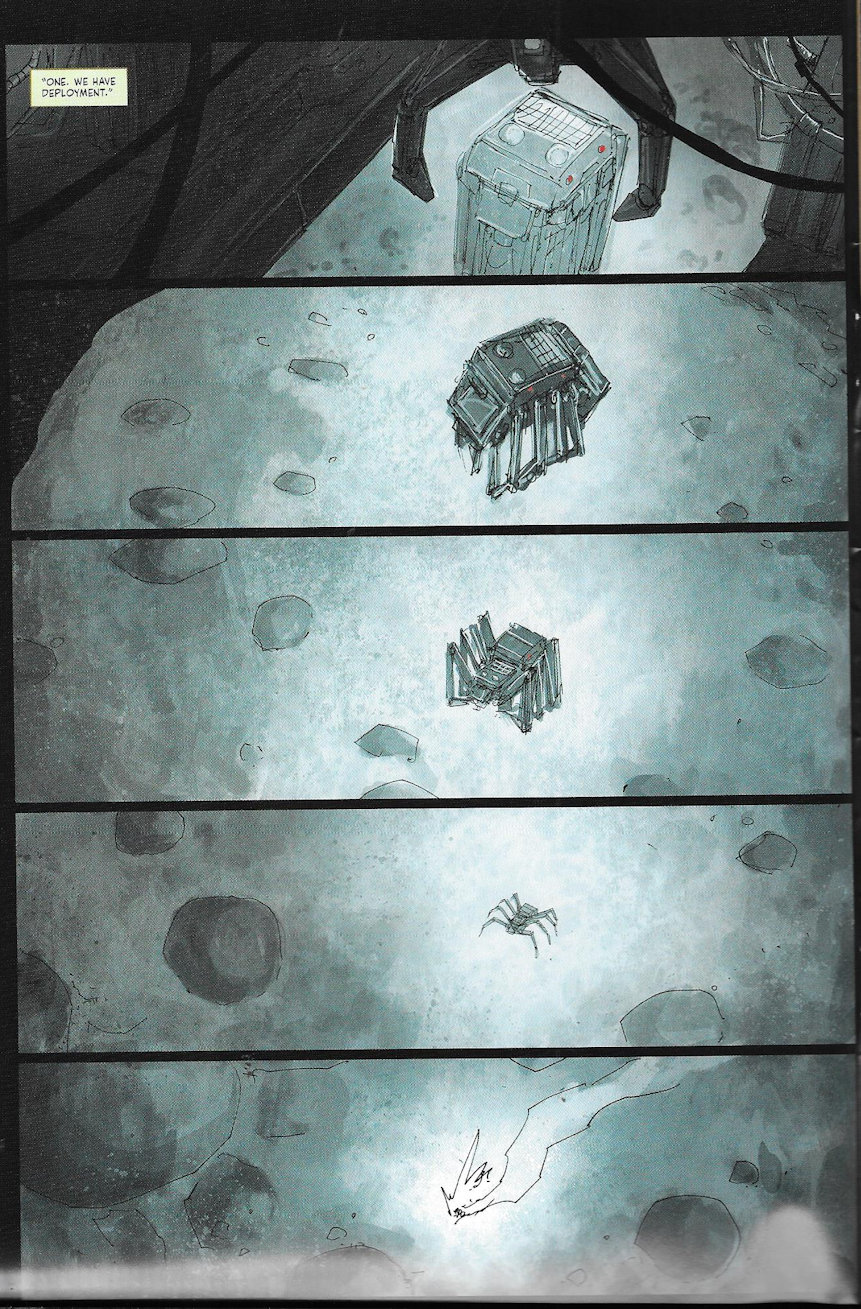 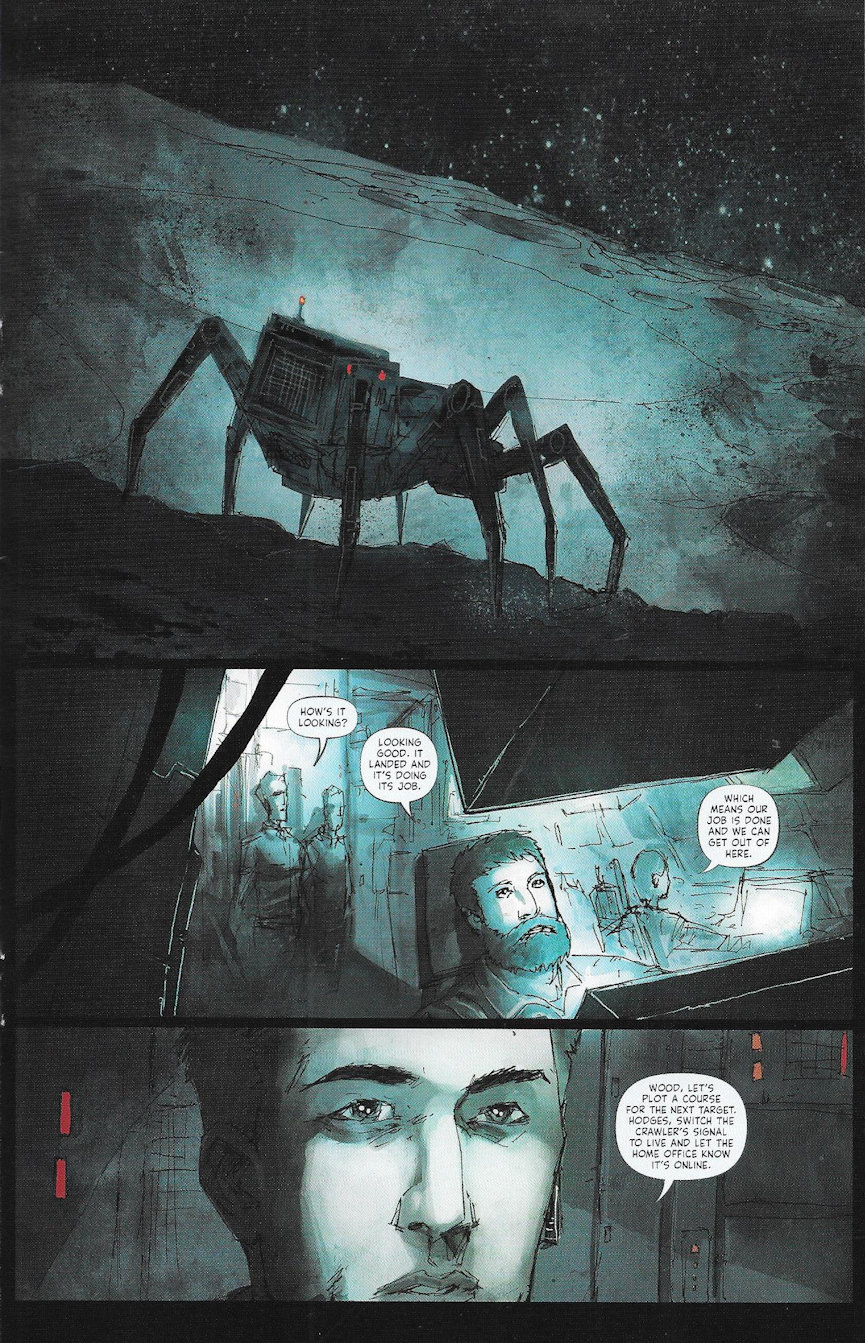 While the crew meets for a high-stakes game of Scrabble, Hodges, our female technician, chats with her husband back on…I’m gonna go with Earth because it will just make things simpler. He has been having nightmares about her, which we can chalk up to foreshadowing. 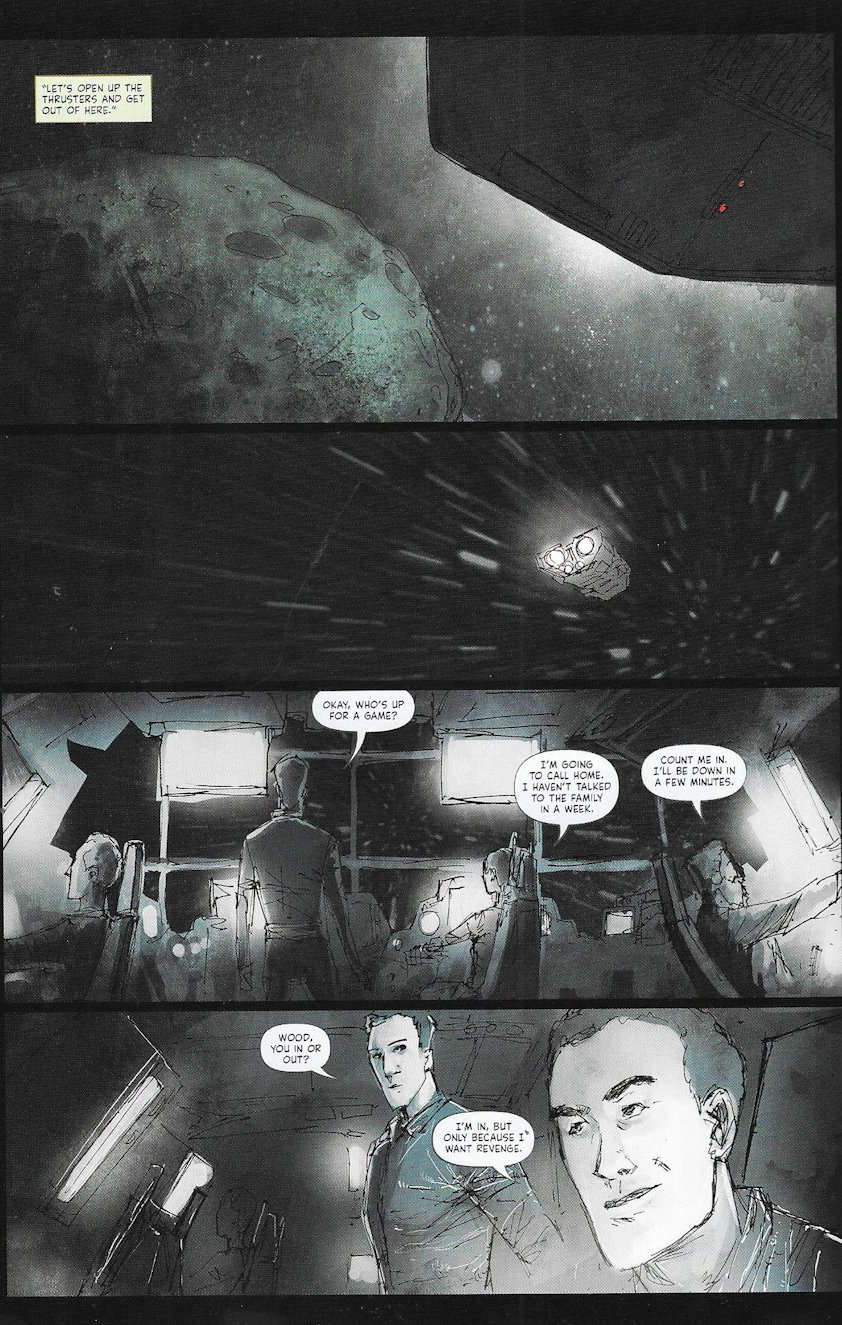 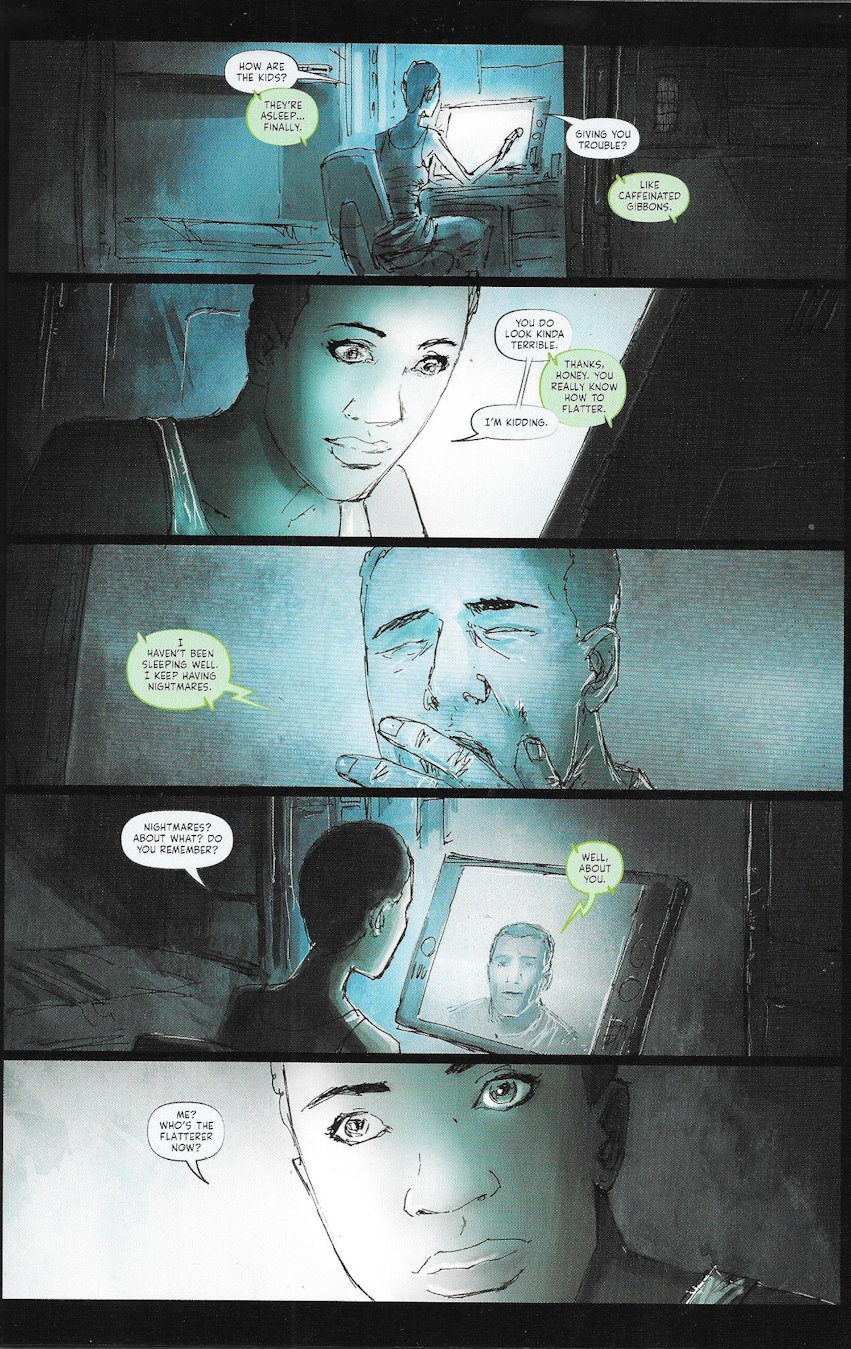 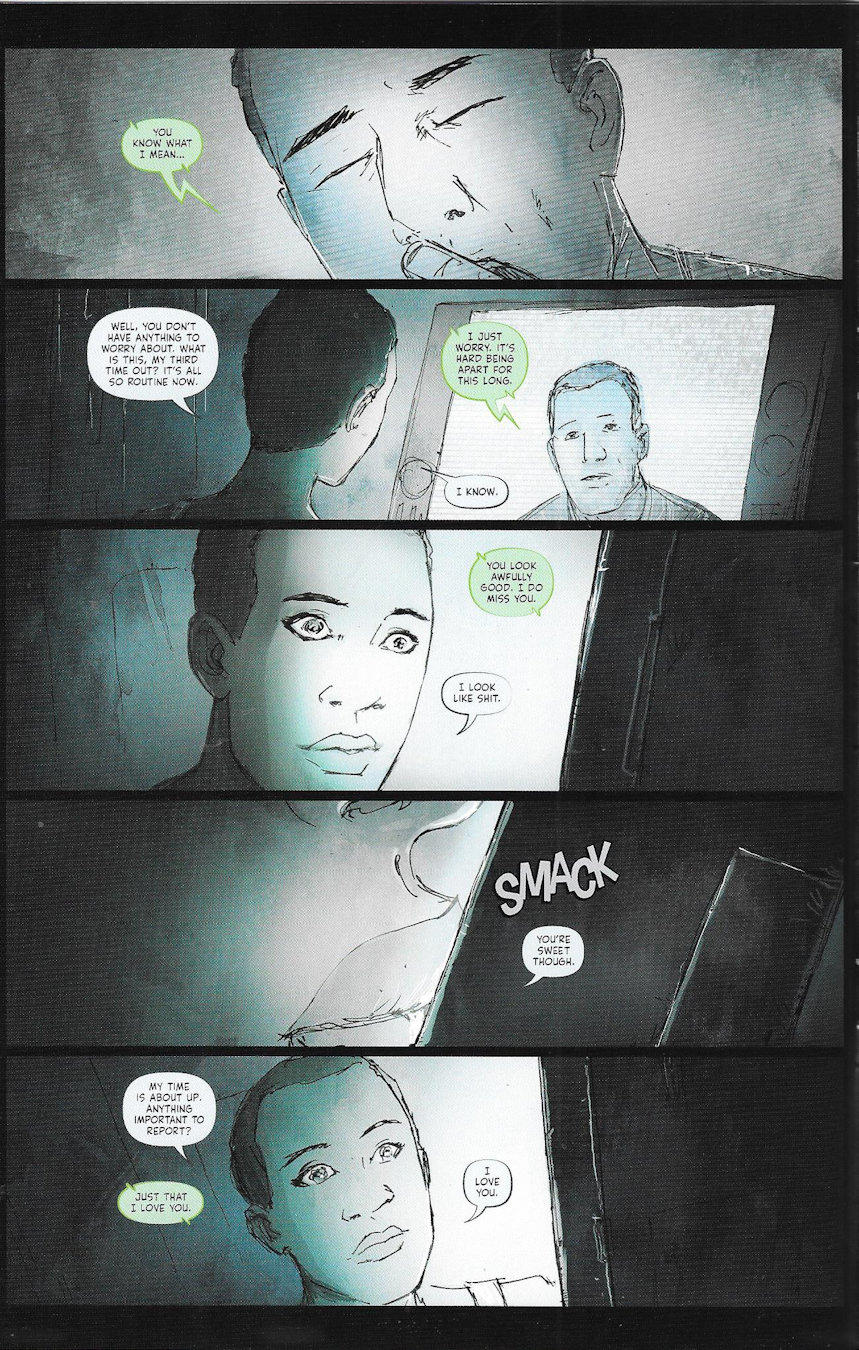 Meanwhile, the Scrabble game gets interrupted by a red warning light and one would assume, accompanying warning klaxon. 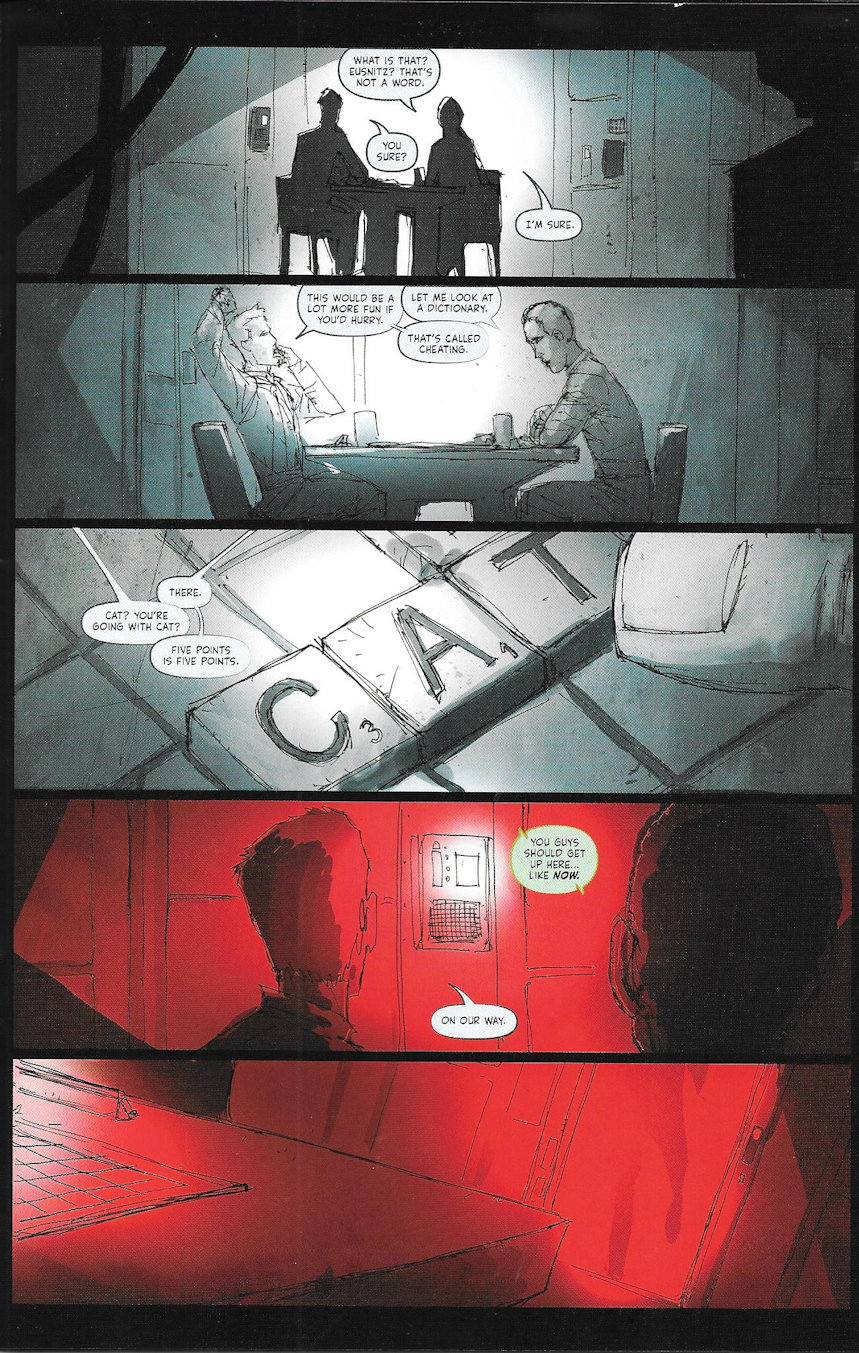 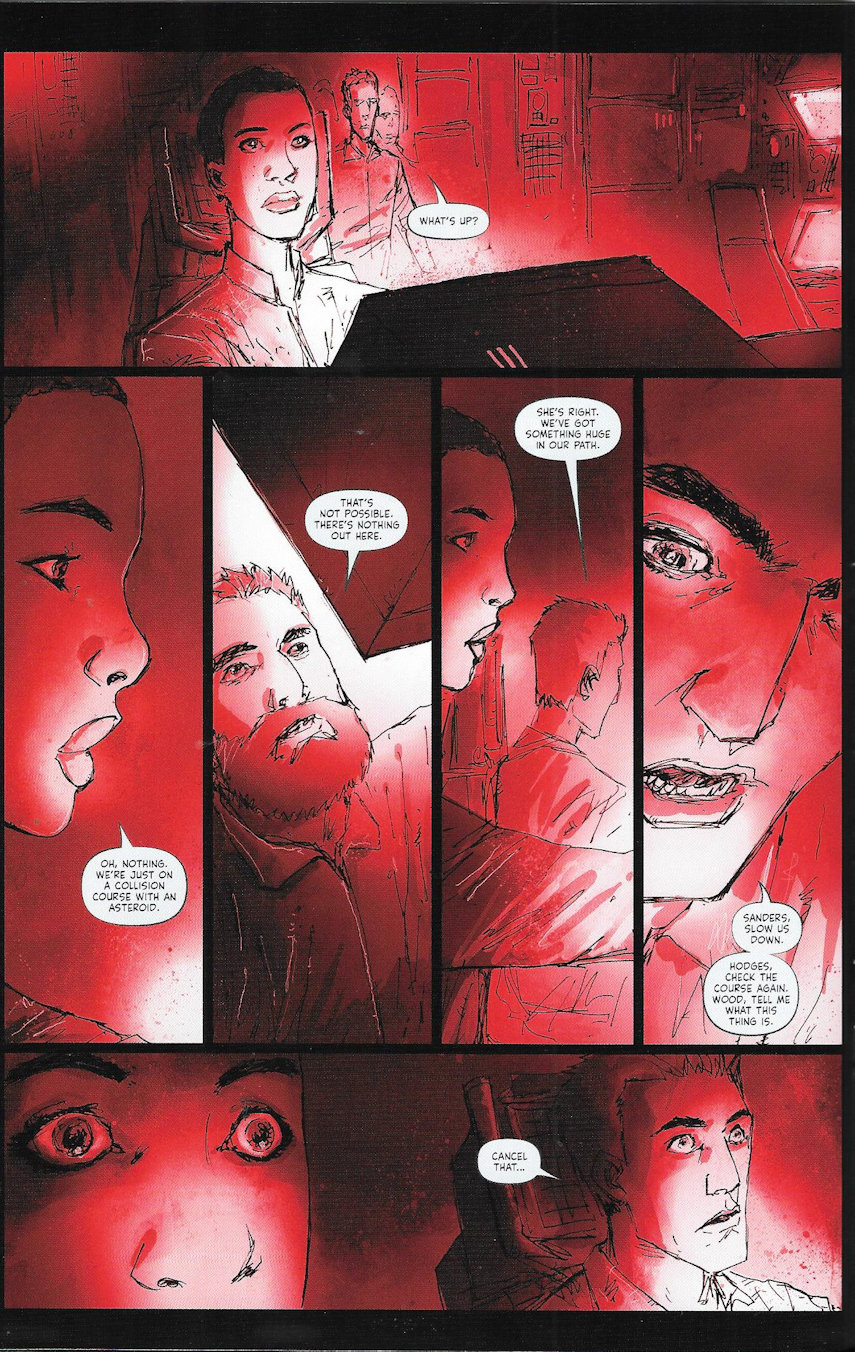 This forces everyone back up to the bridge where they encounter a big problem. Almost planet-sized. 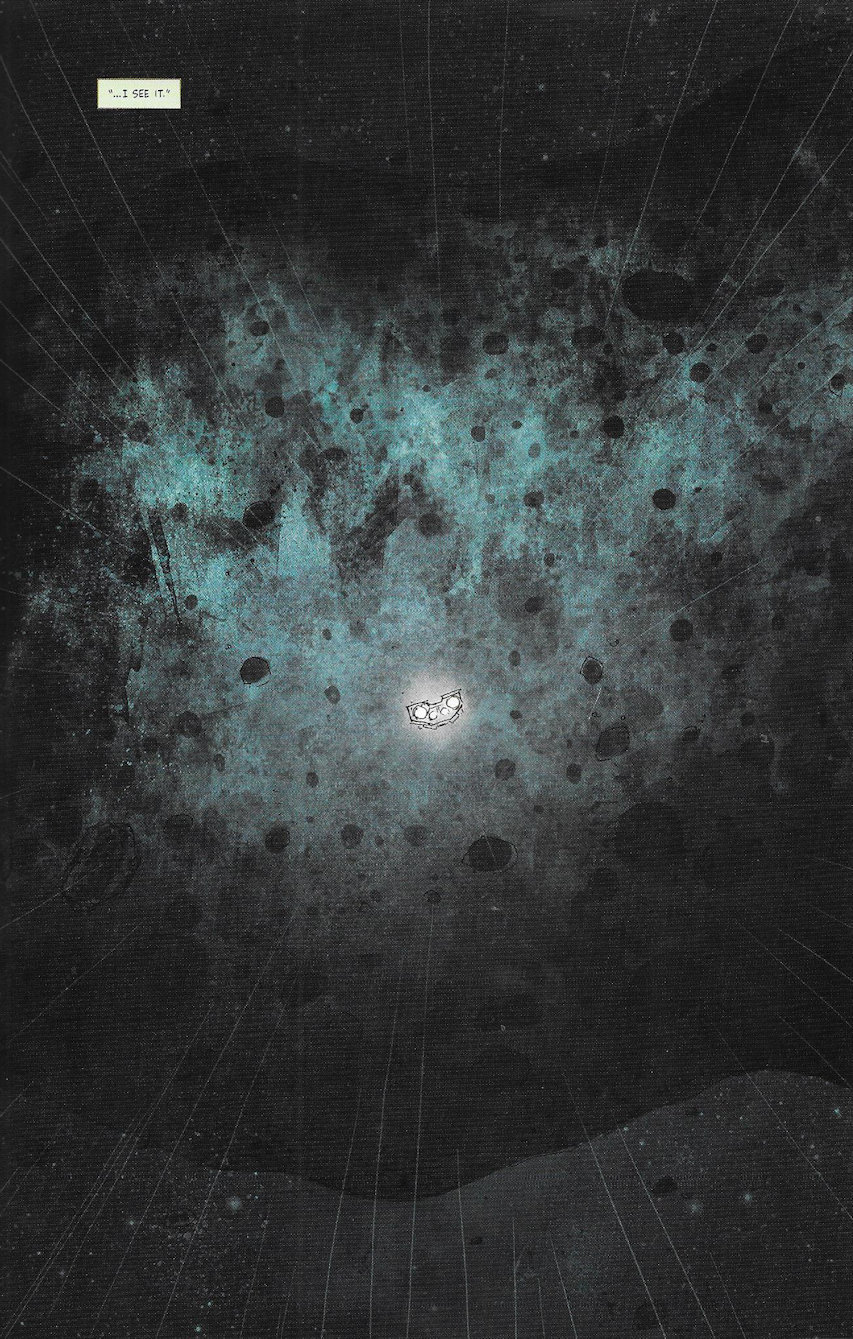 It appears this holy (and hole-ly) beast of a rock chunk snuck up on our band of spacefairers. And the ship is going too fast to dodge. In fact, the only thing they can do to avoid impacting on the surface of this monstrous piece of star-stuff is to aim themselves INTO one of the massive holes that dot its surface. So they do. 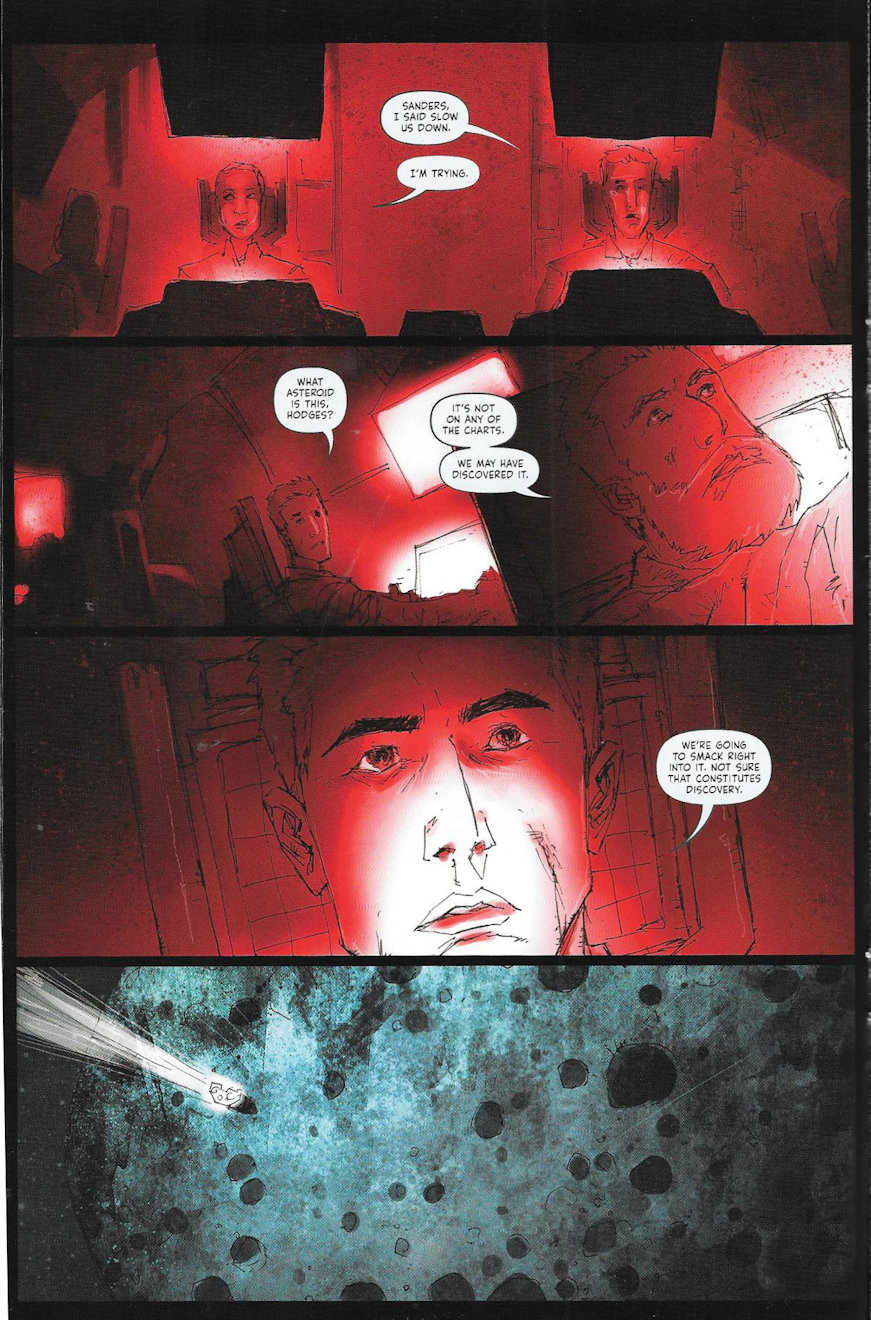 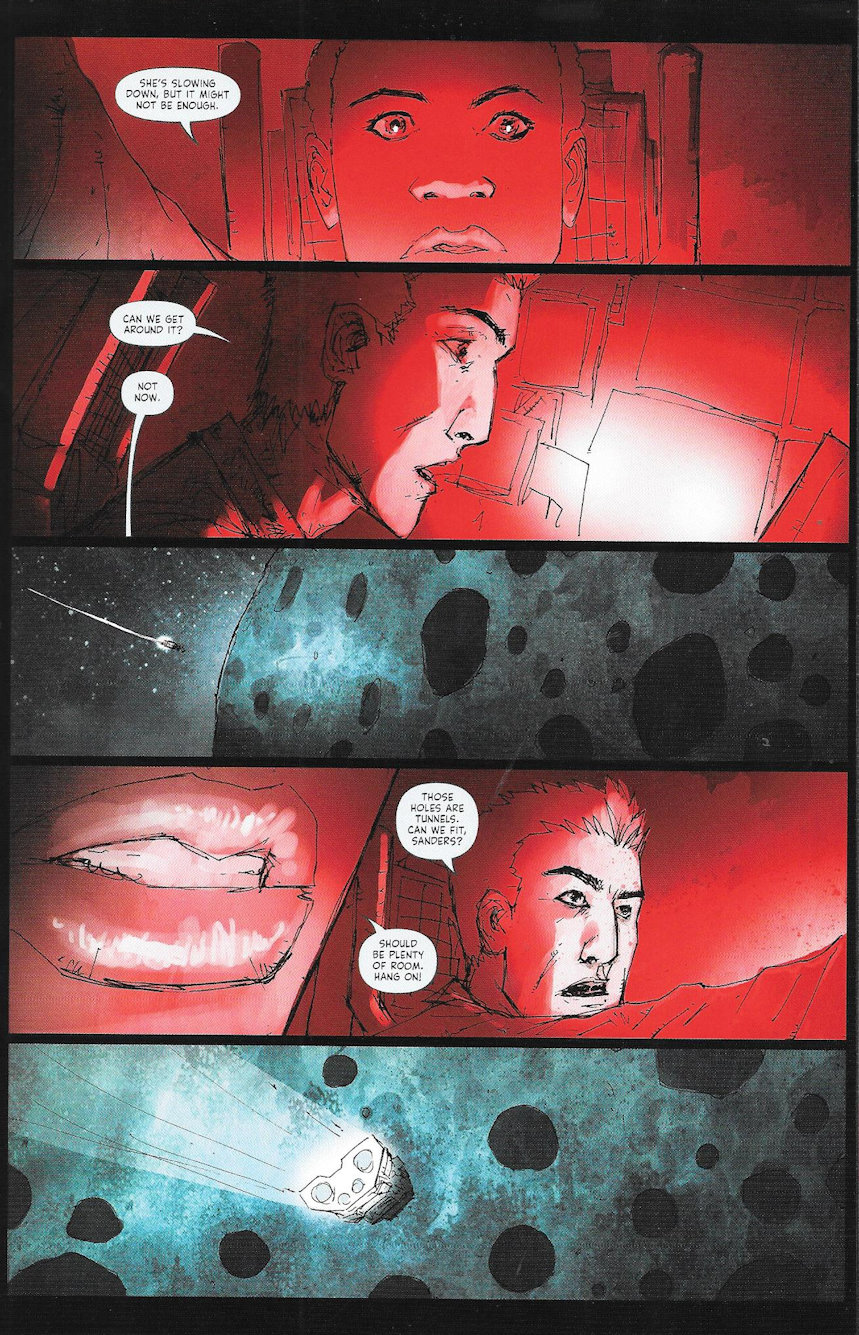 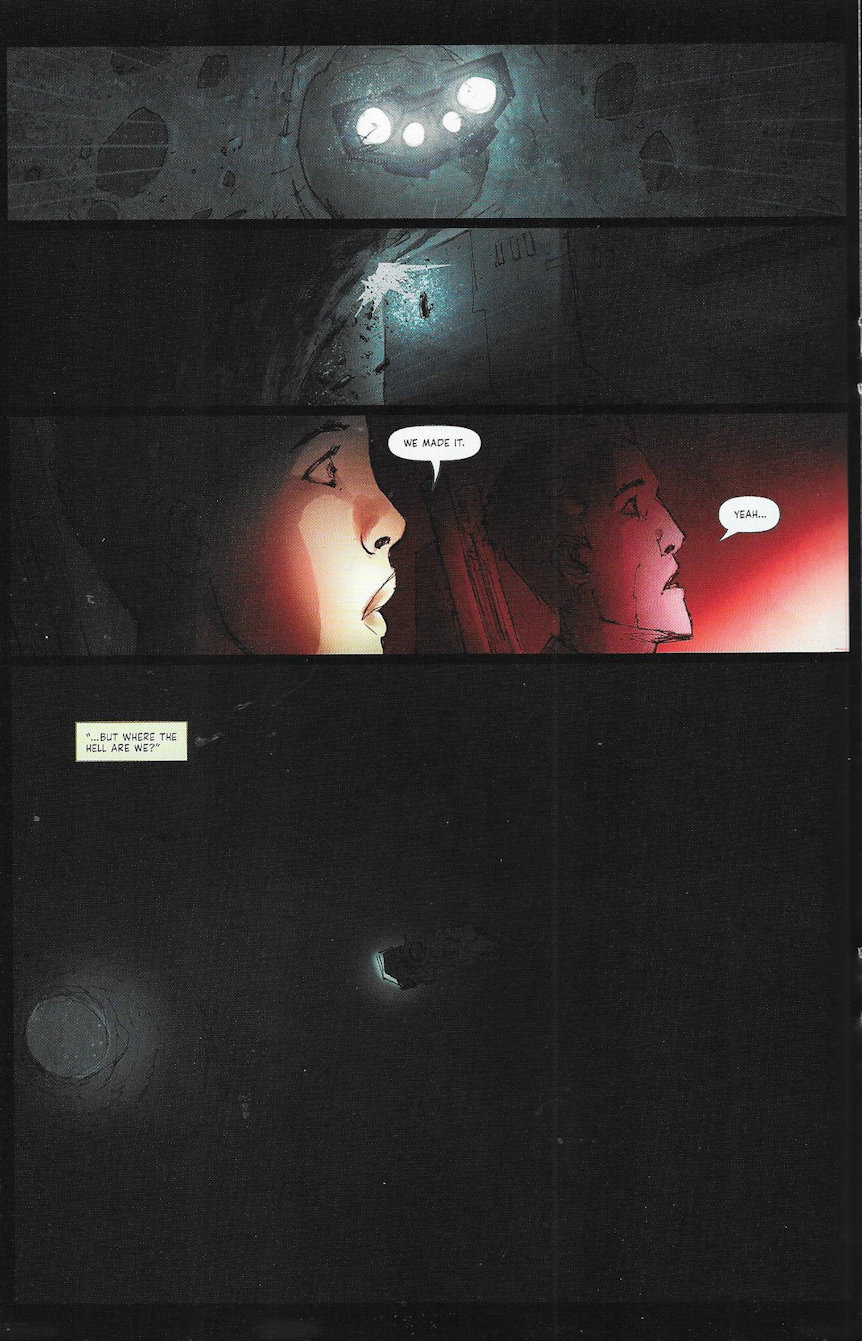 And once inside they find their communications are cut off and the asteroid has some strange anomalies on it. For one thing, they detect heat signatures. 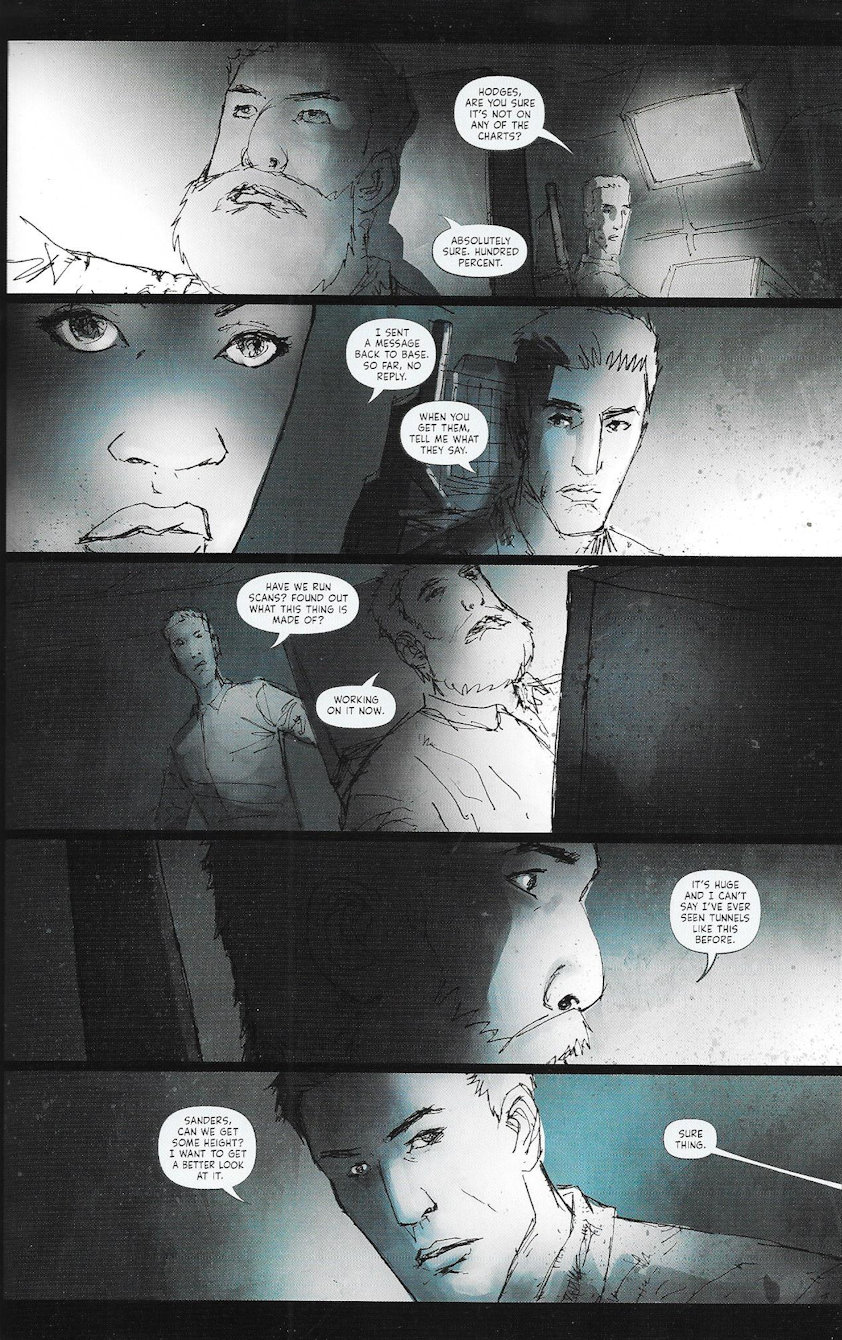 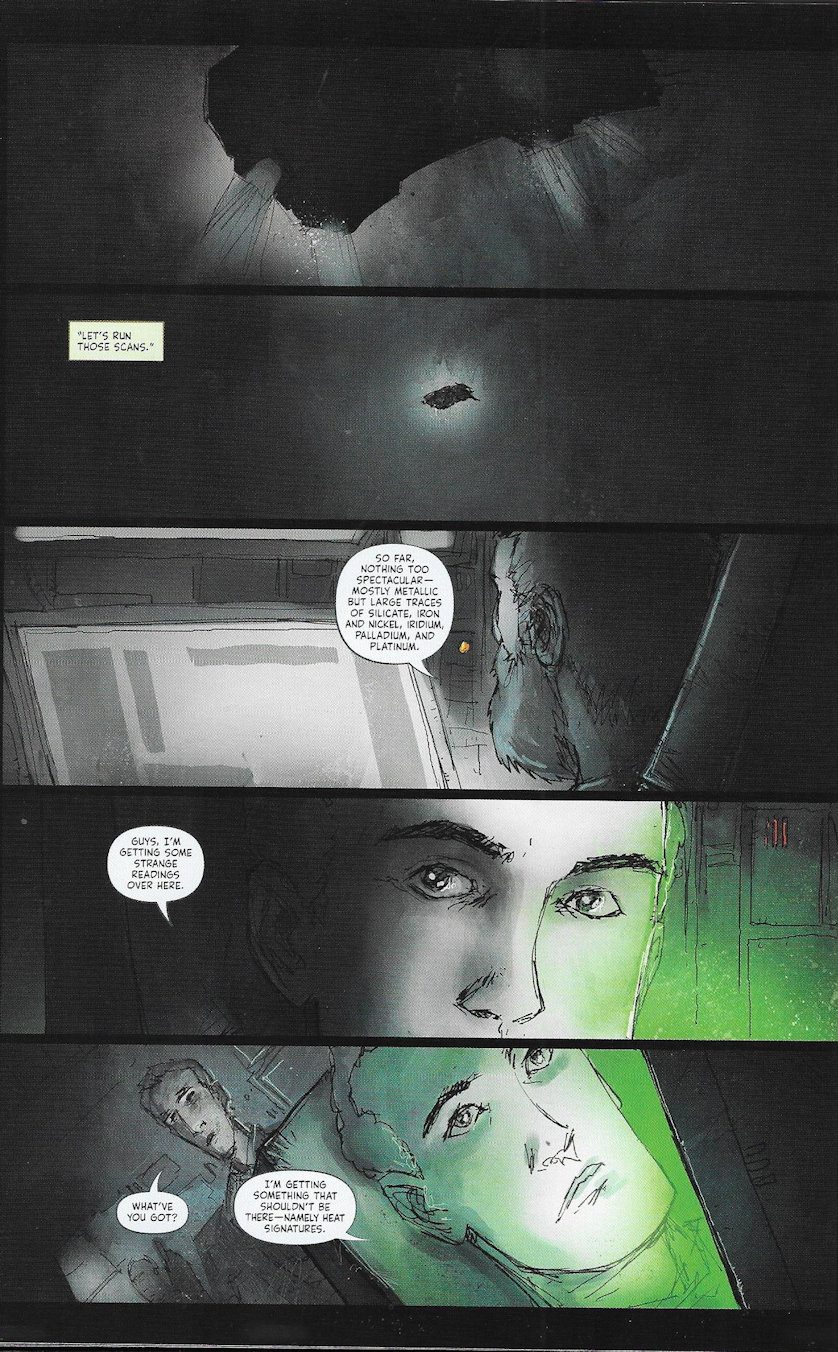 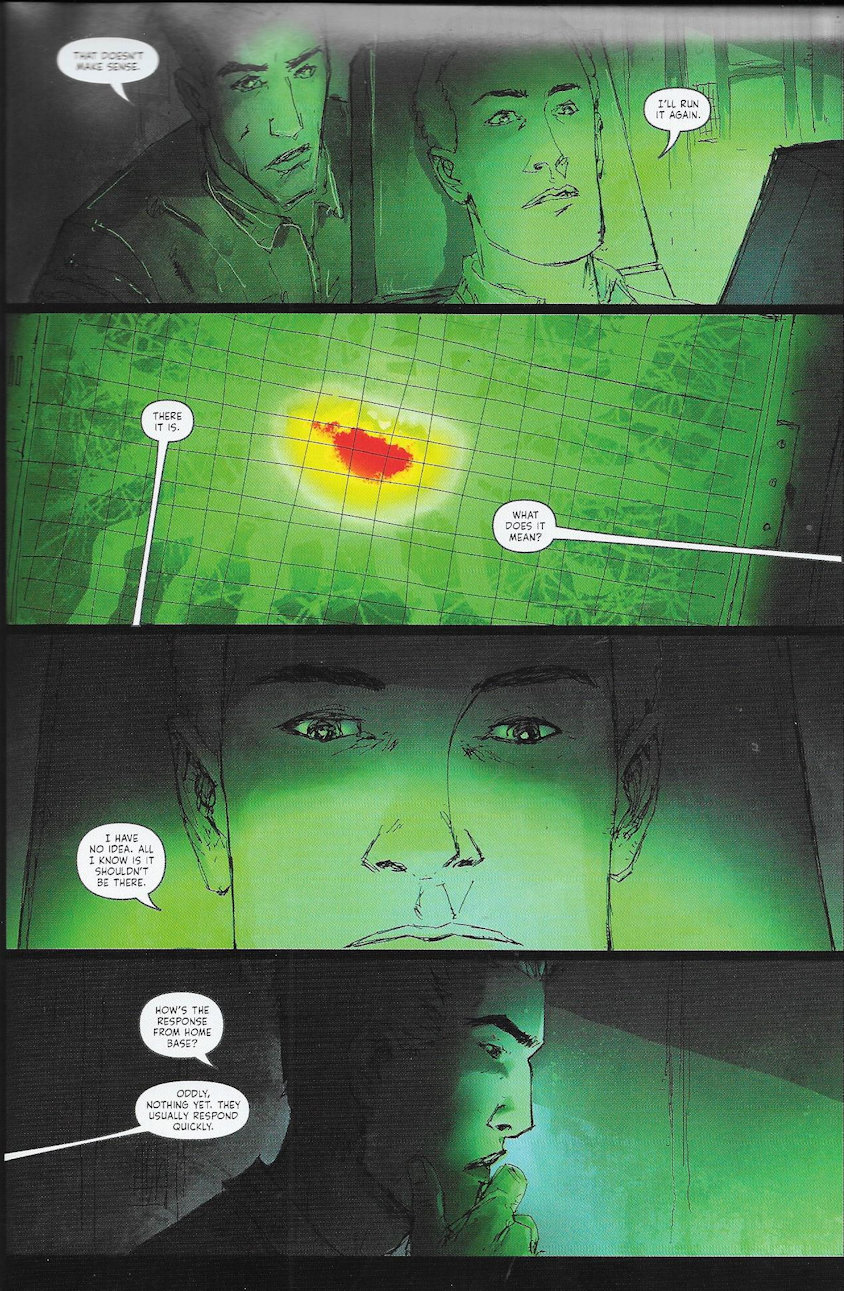 So the captain decides to drop a probe because he’s “too damn curious not to…” which is famous last words if ever there were any. 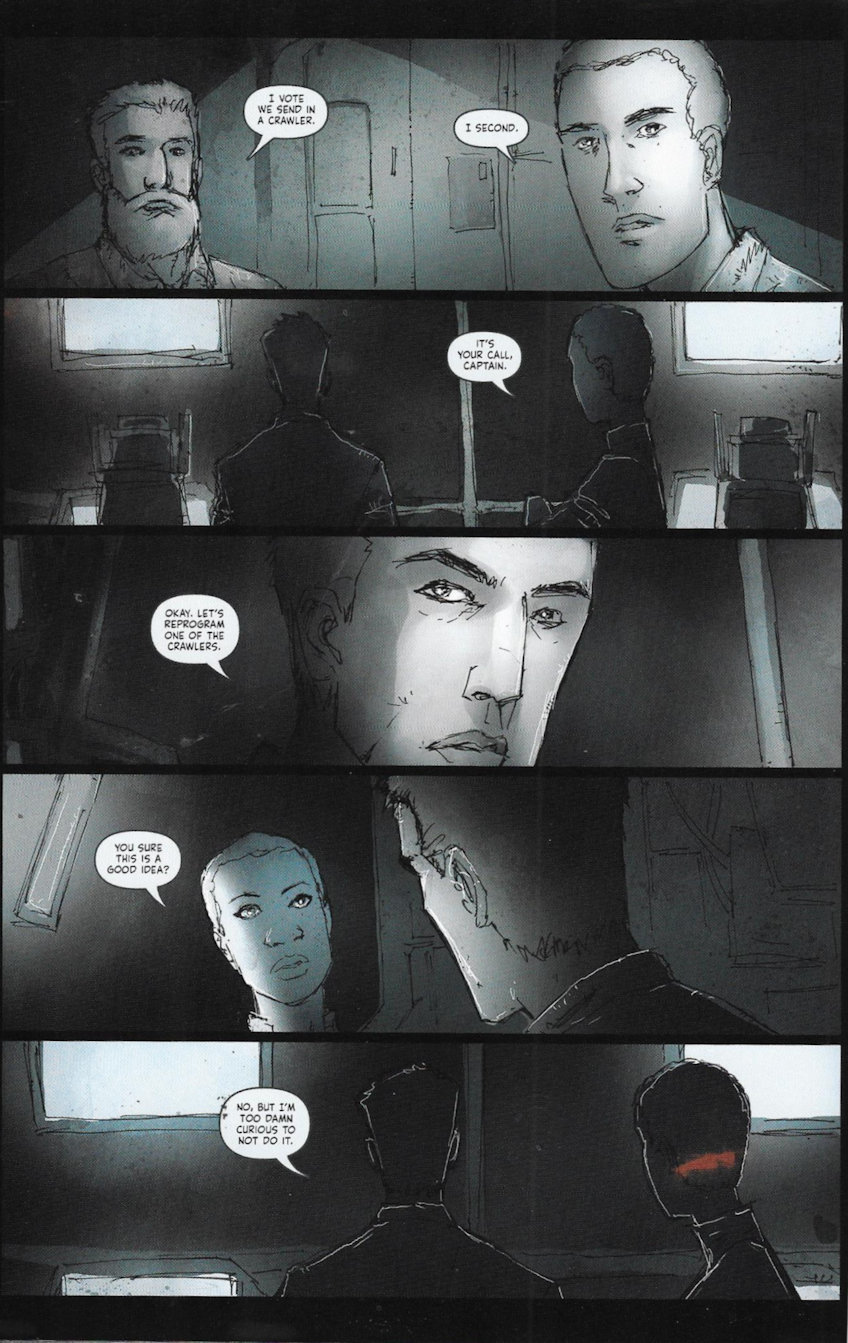 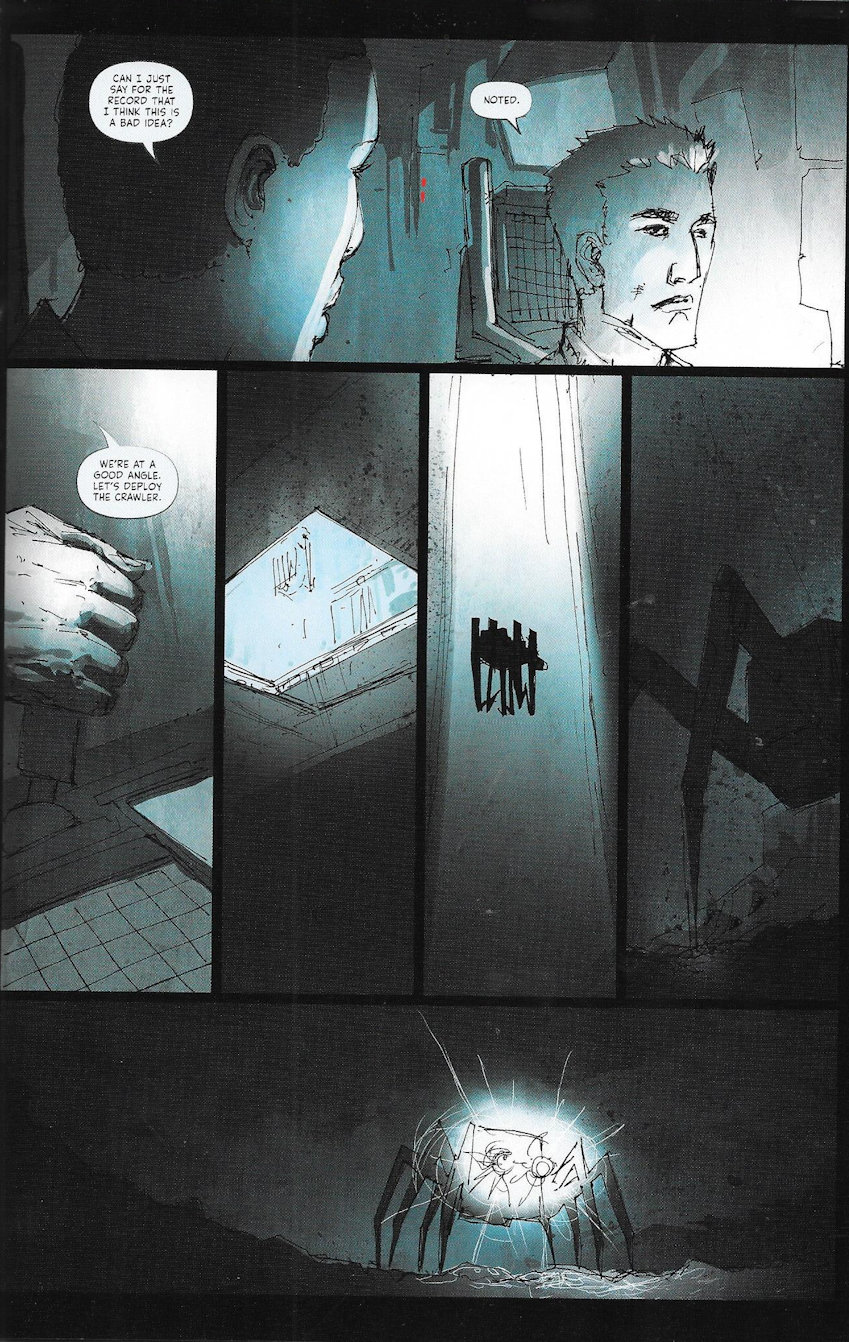 As our mecha-spider tromps across the strange rock, we get a sign that it has encountered some kind of odd structure and that’s where we end. 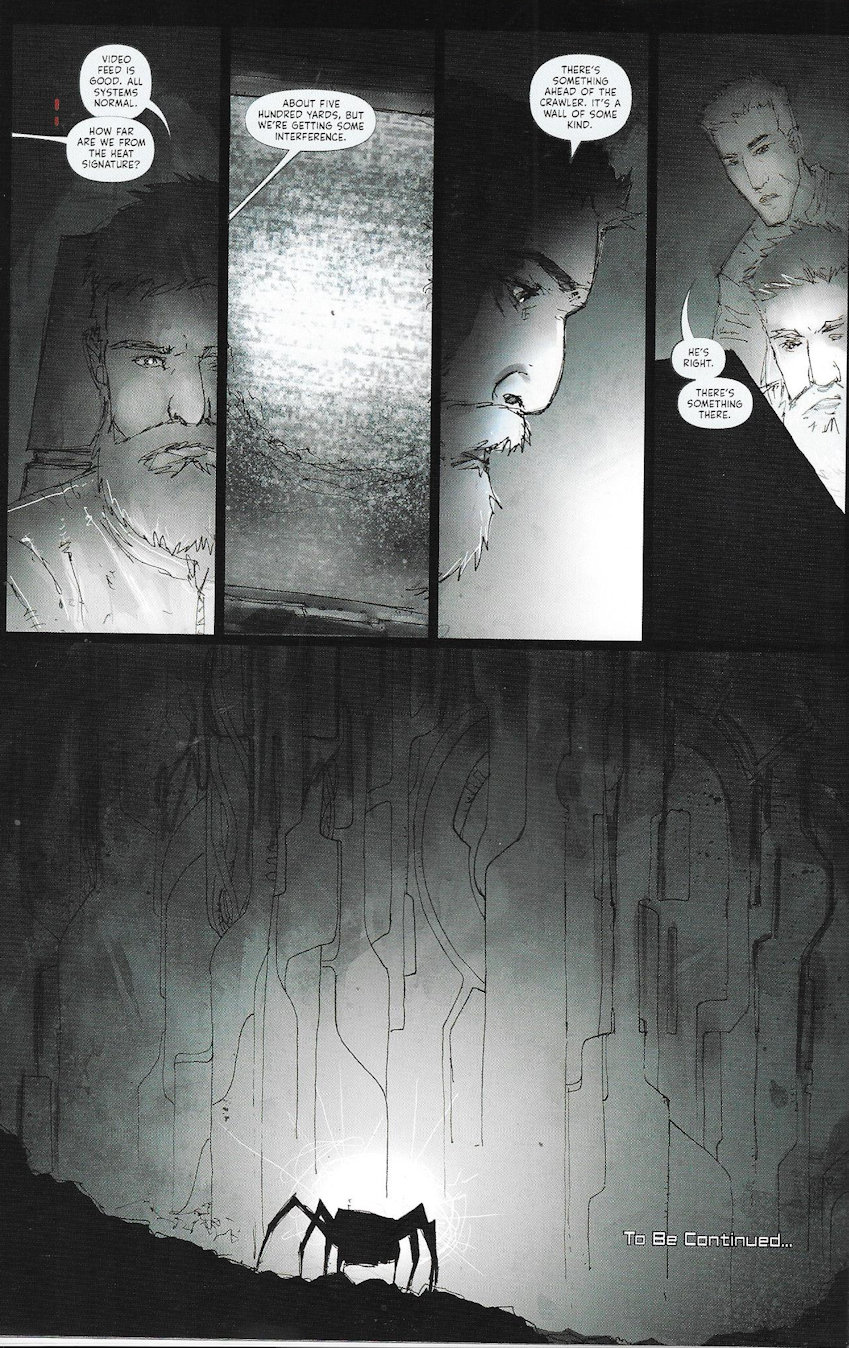 Enough hooks to pull you right in. Niles always delivers it seems, and his batting average isn’t hurt by this entry. Four issues await you…and me…if we can find them.

Posted by SonOfCthulhu at 8:31 AM