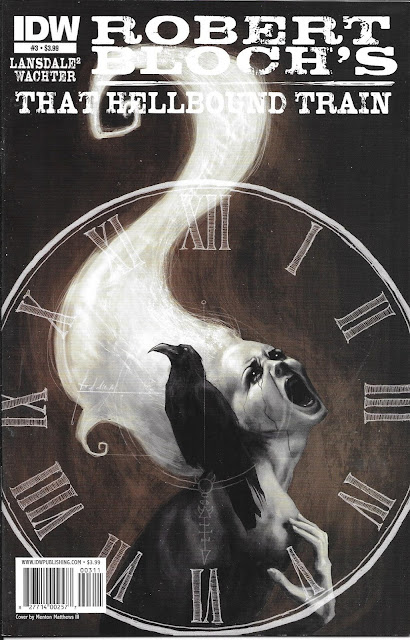 …And it sticks the ending!

I just realized I never told you how Lovecraft killed Robert Bloch. And to keep all of you in suspense for another seventeen days, I’m not gonna yet. You’ll just have to wait for that tale to unwind itself on Halloween.

But for now we are picking up where we left off yesterday…with Martin reaching for the watch that can stop time at his “perfect moment.” However, he hesitates and picks up his clothes to go home to his wife. 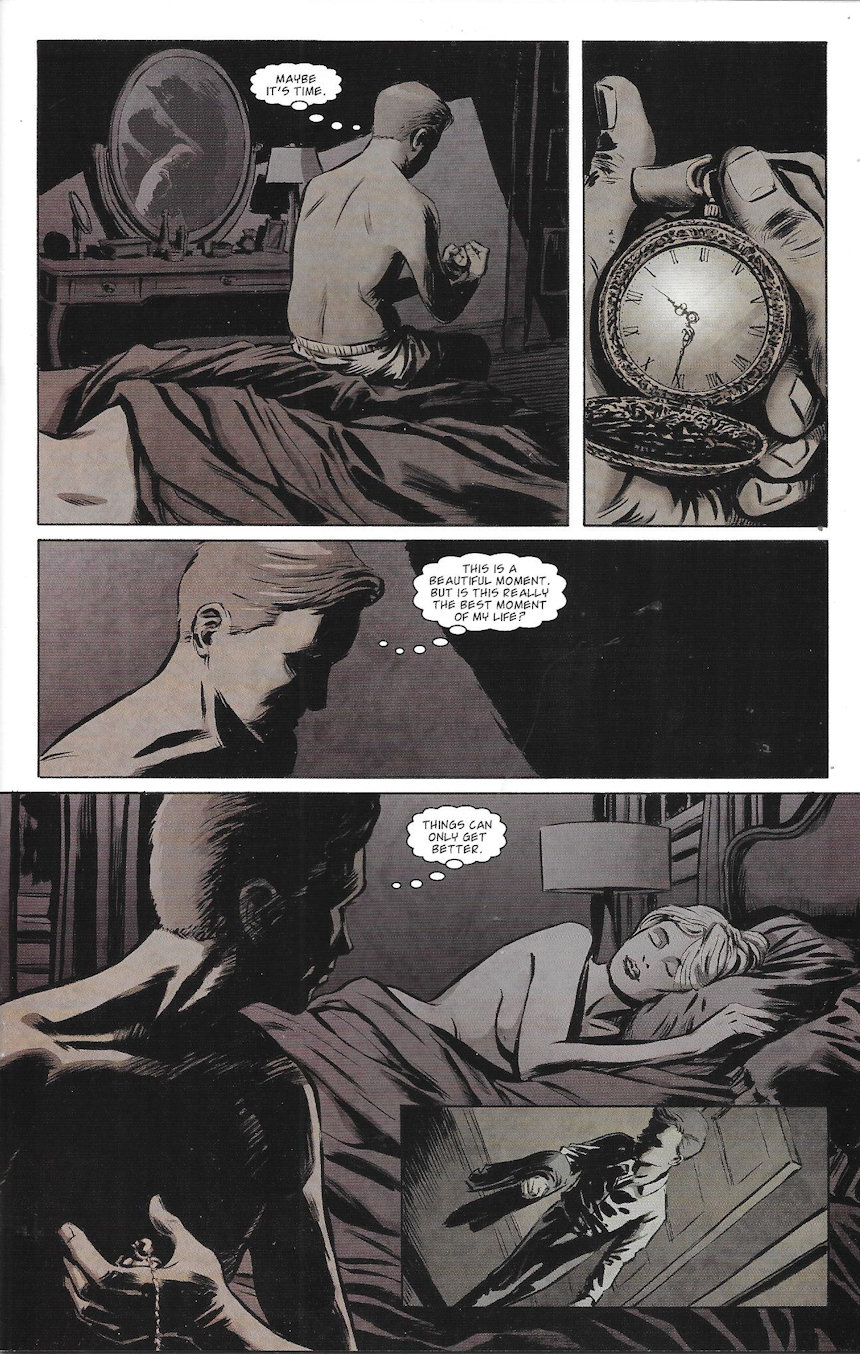 The affair continues though, and Martin isn’t quite as adept at hiding his mistress as he thinks. 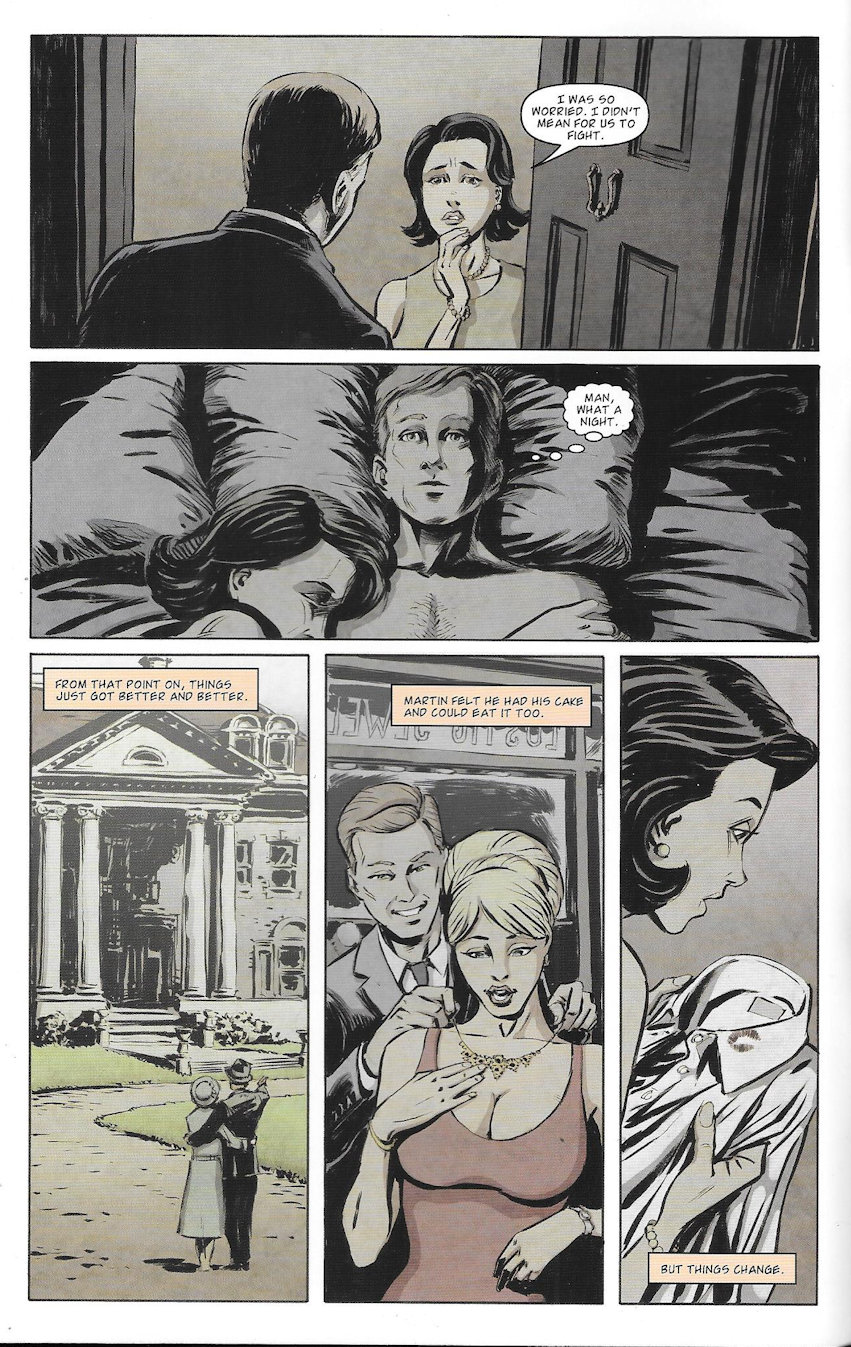 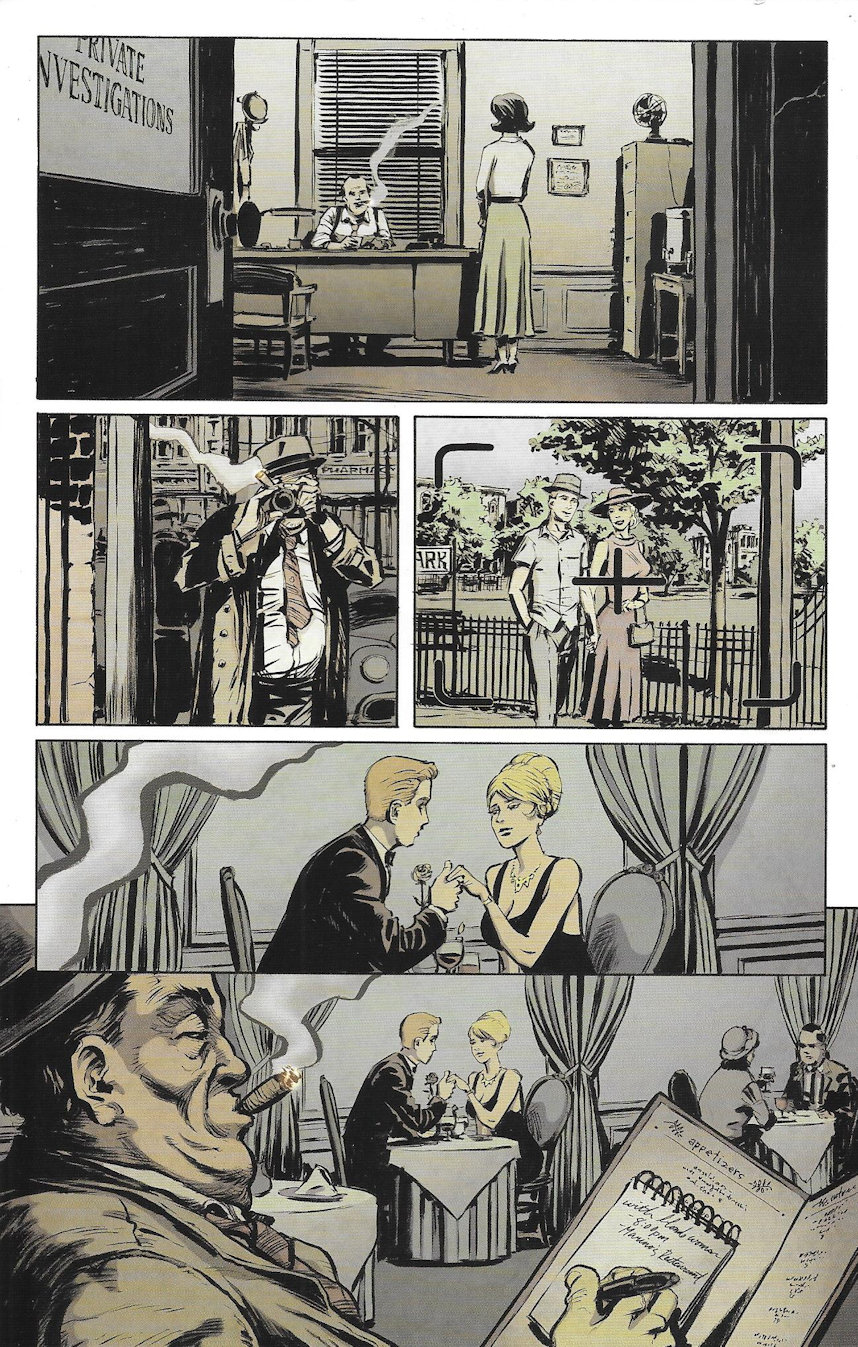 His wife gets suspicious and hires a private investigator to tail him. Which ends with the PI getting a picture of him and his secretary in bed together. 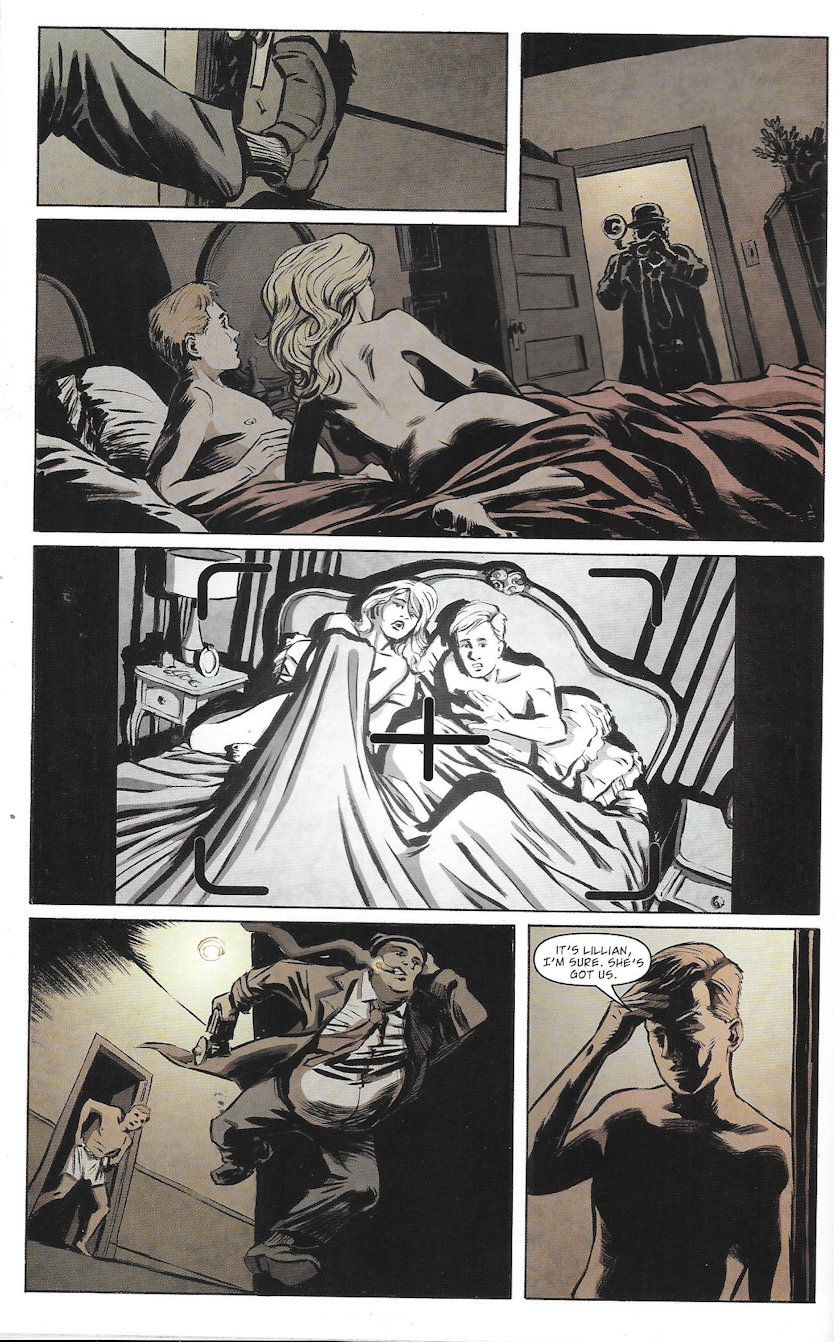 And here is where his house of cards come tumbling down. Articles of divorce are delivered to his office along with pictures of him with Eve. 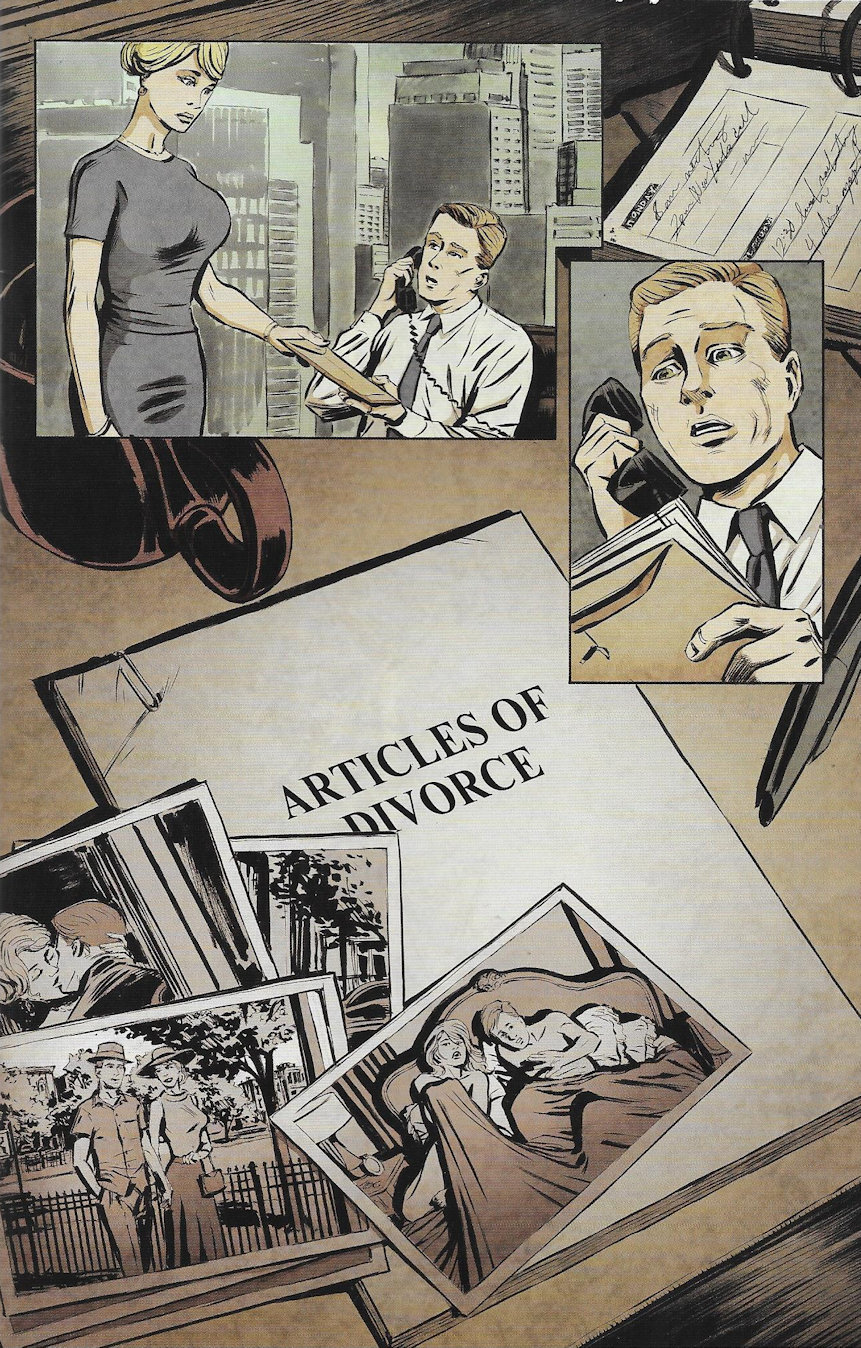 Eve stays by his side through the divorce, but there are other issues waiting in the wings. Eve’s presence in his life and his job creates a problem his employer doesn’t overlook. Martin loses his job, and quickly thereafter his car and his house. He has to hock everything to survive and things go downhill fast. 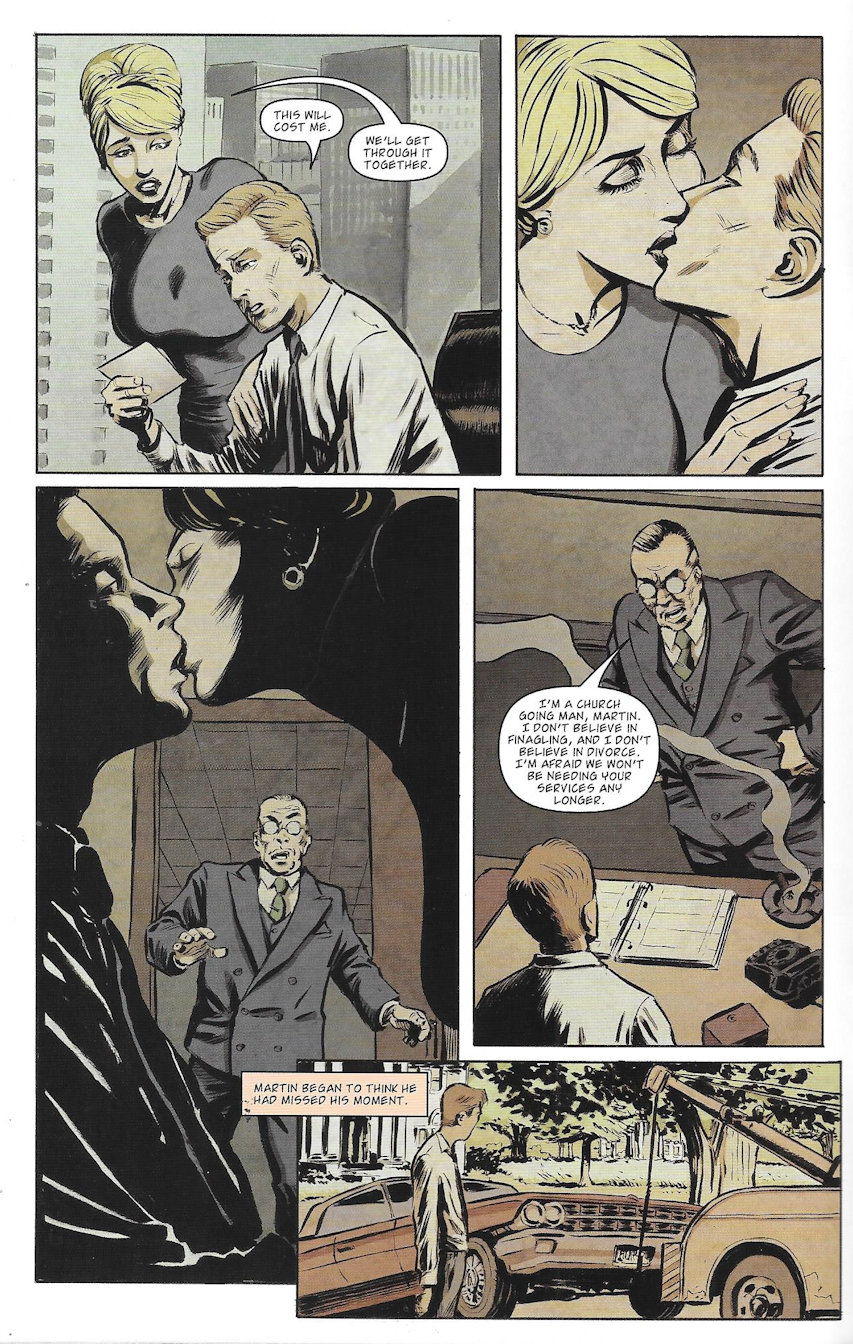 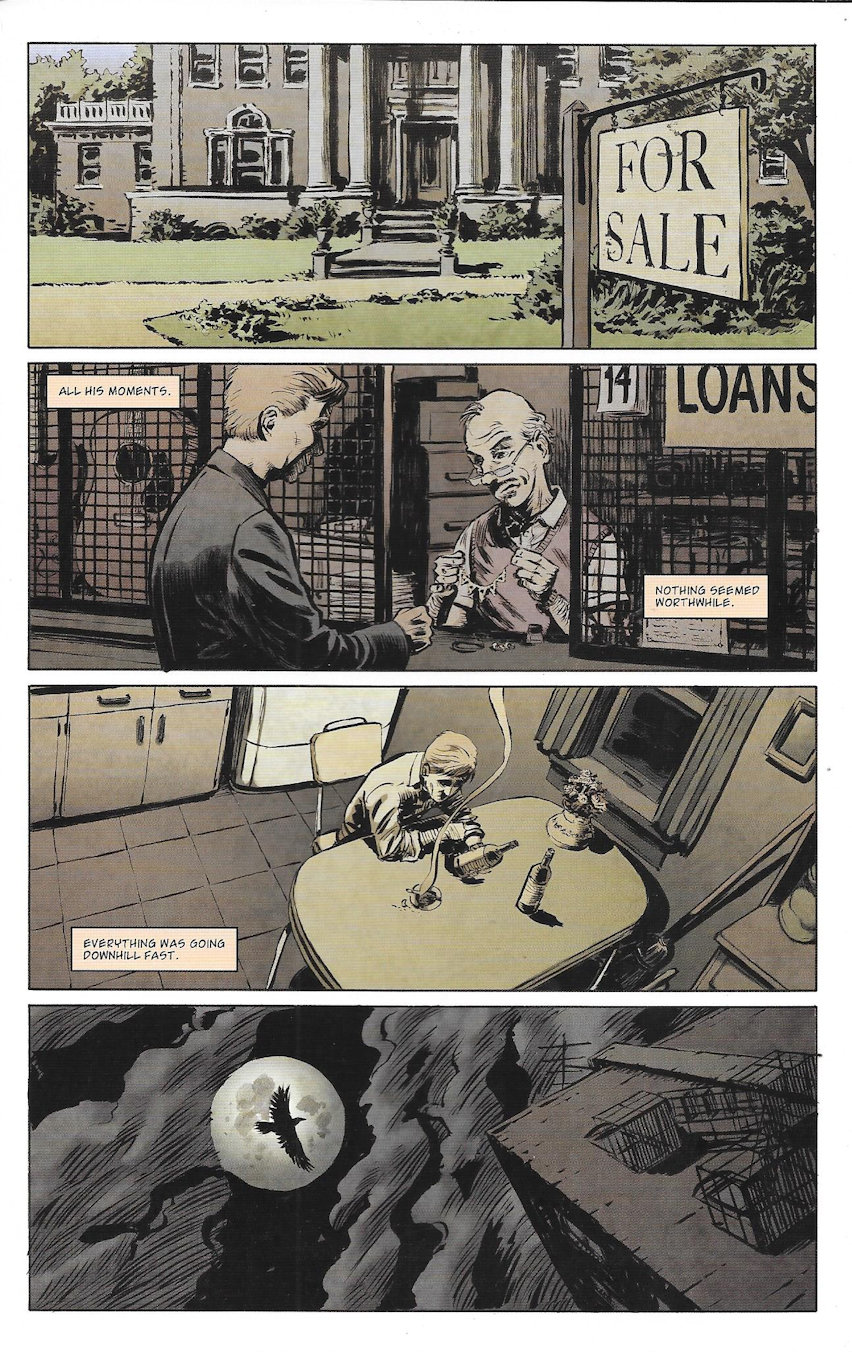 Eve gets a visitor. 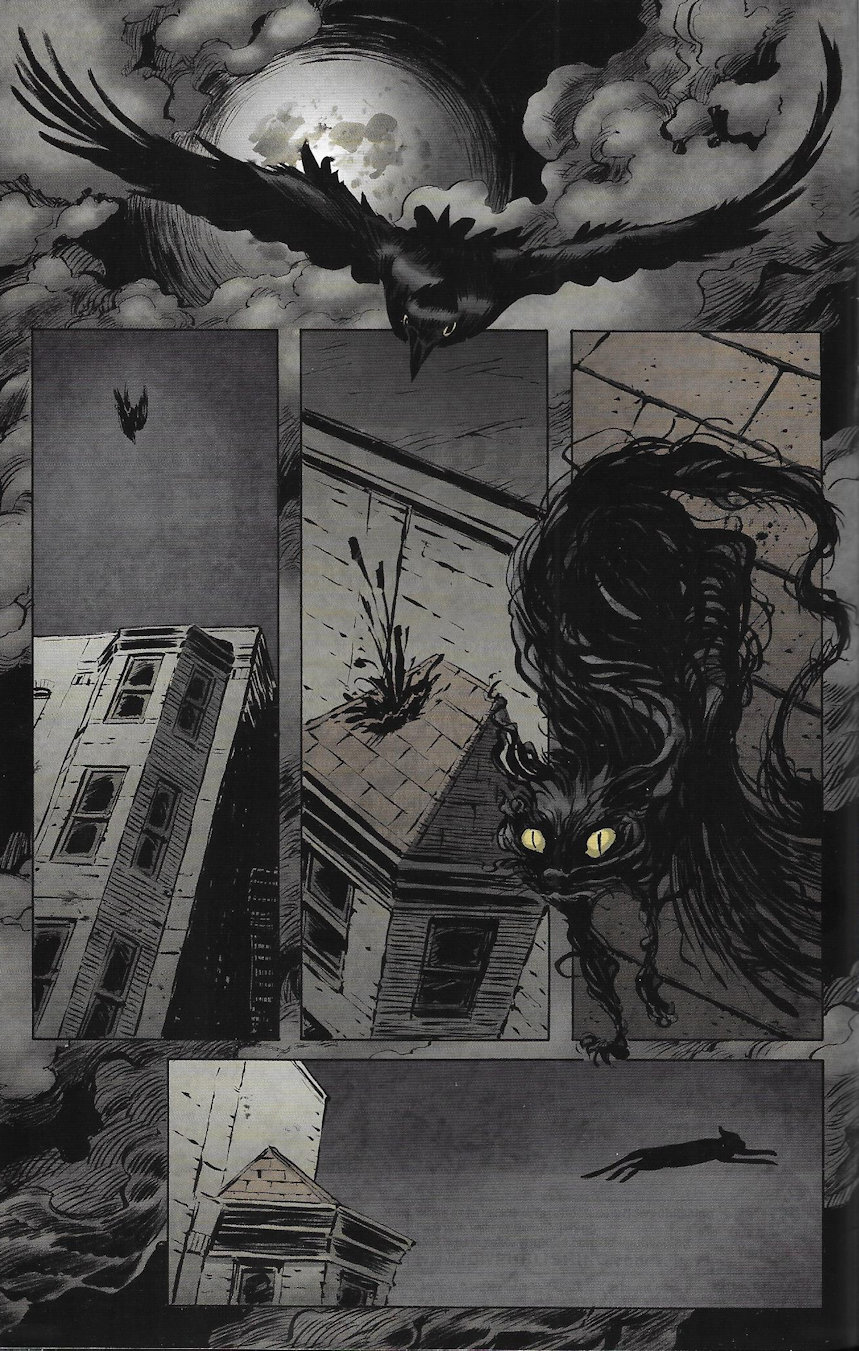 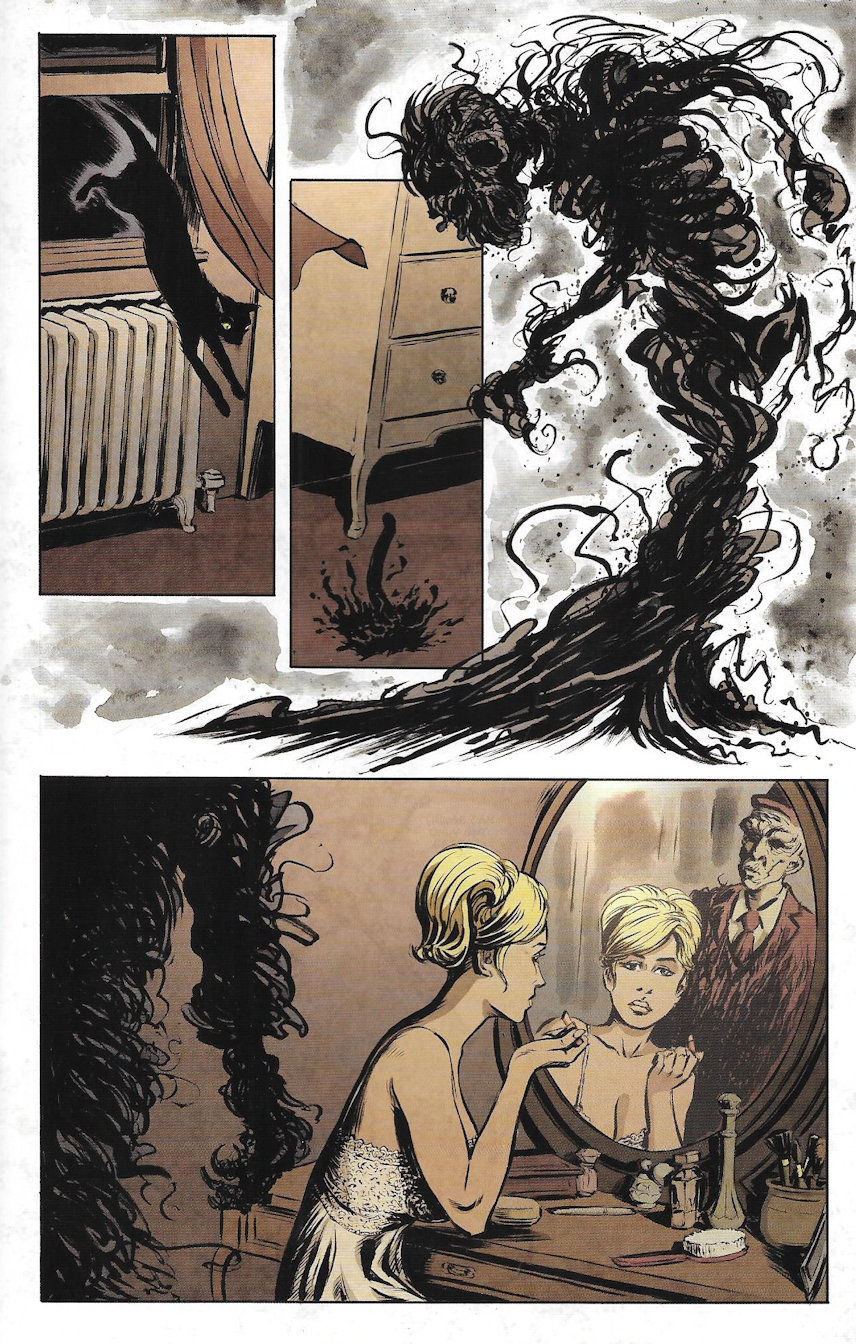 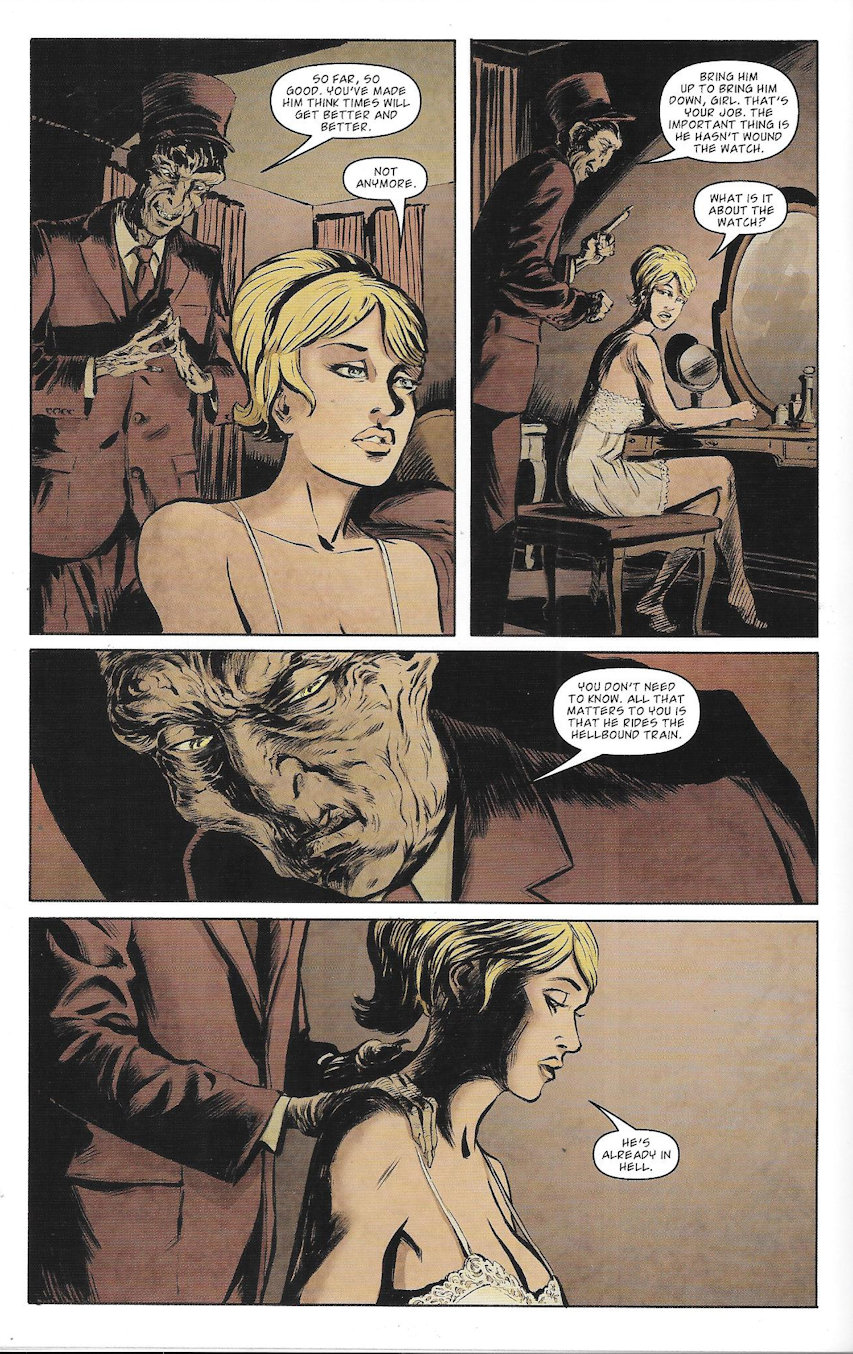 Seems the conductor wants to use Eve as the final push off the ledge, and he’s not above using threats of turning her back into her prior husk to get what he wants. 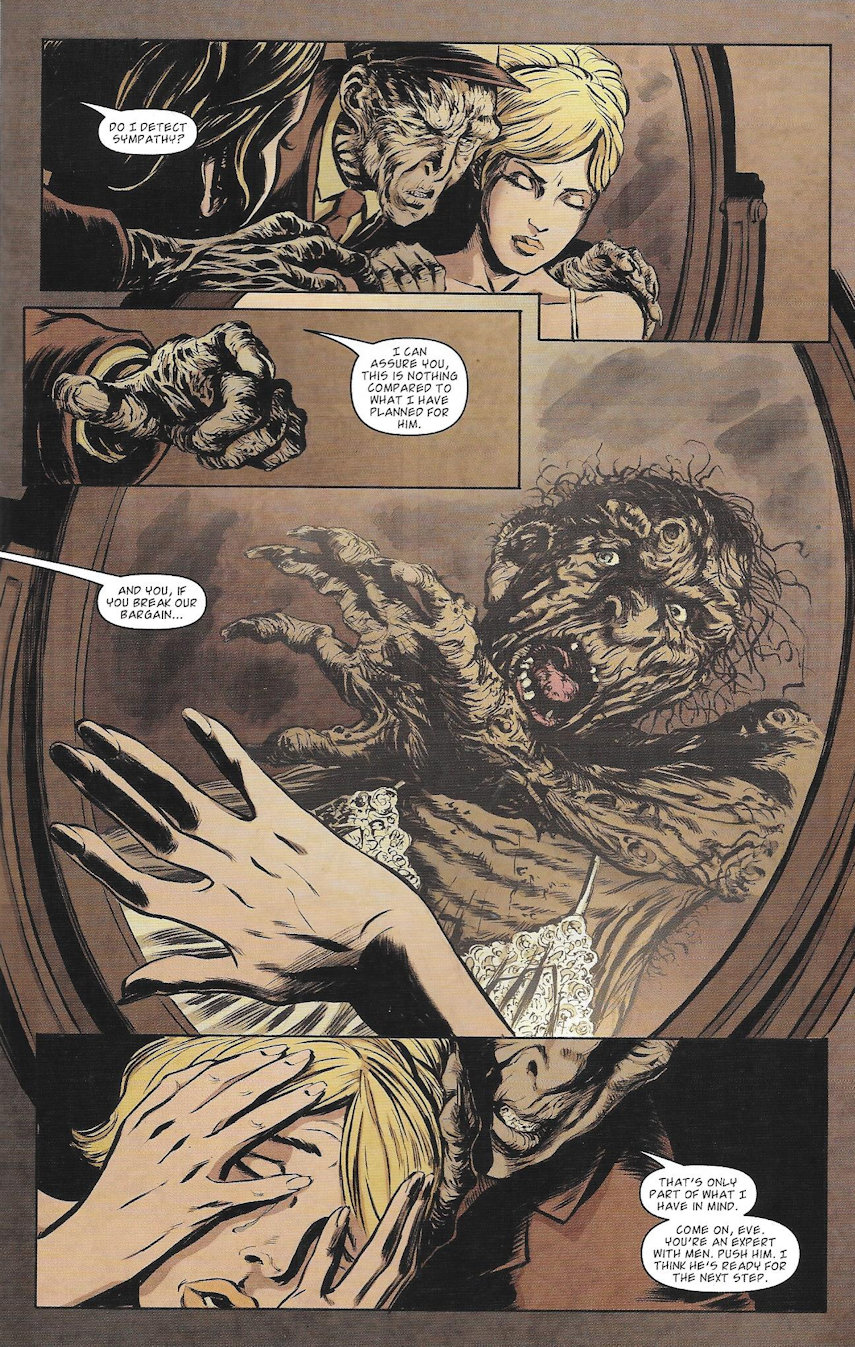 Reluctant but boxed in, Eve agrees and gives Martin that final fateful shove. 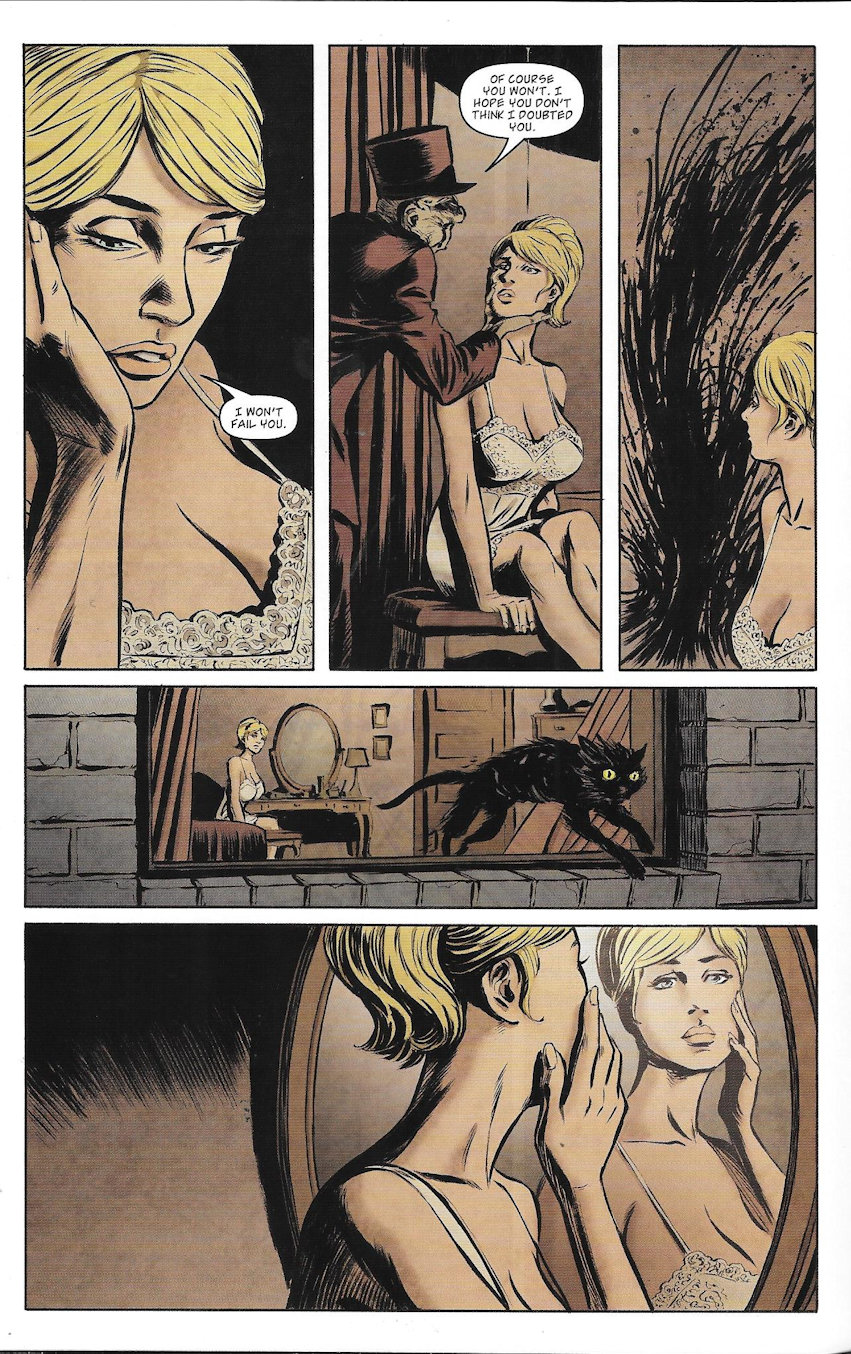 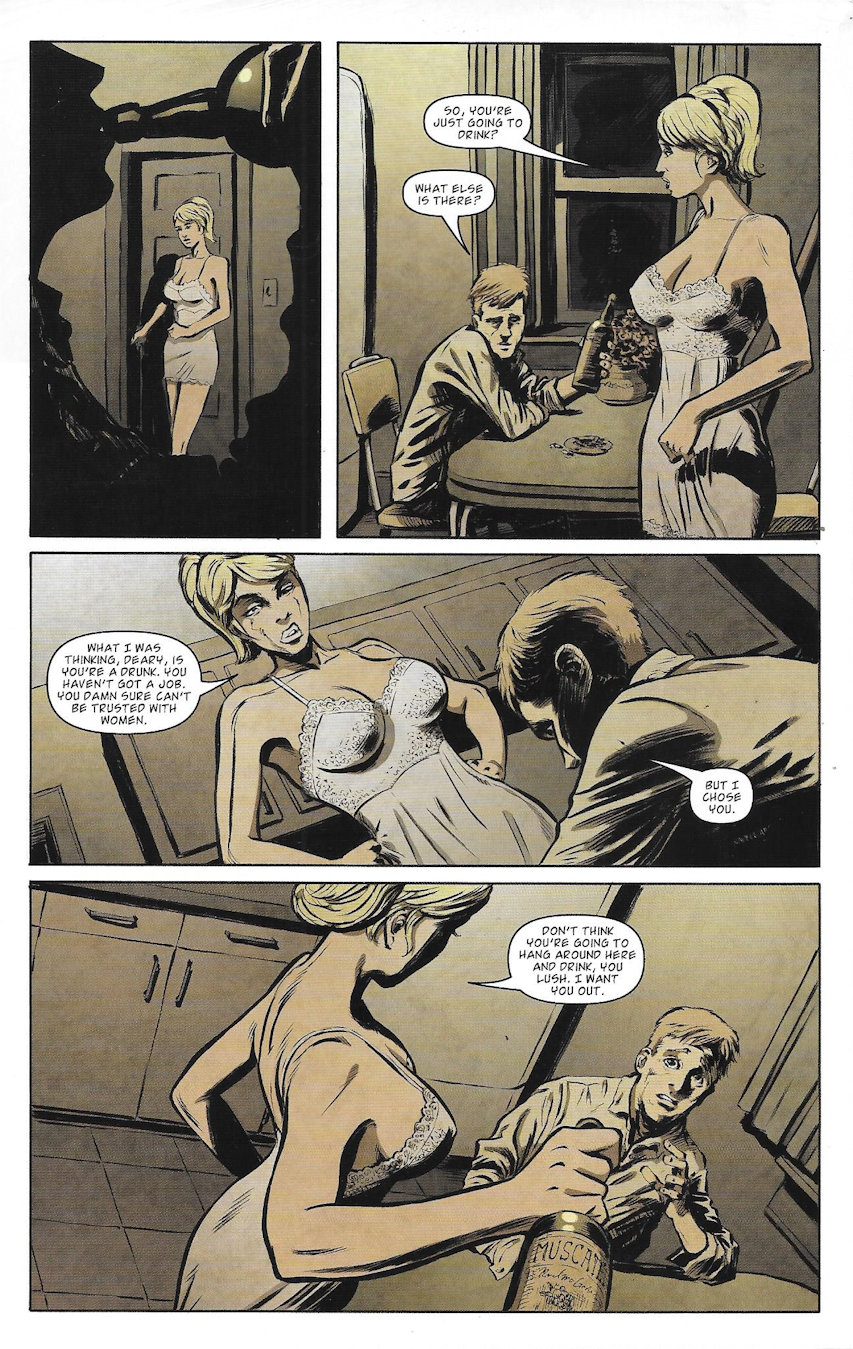 A shove that sends Martin out into the night, where a drunken nap on the beach ends in something a bit more sinister. A trip straight into a deep lake. Lucky for him that Eve is there. 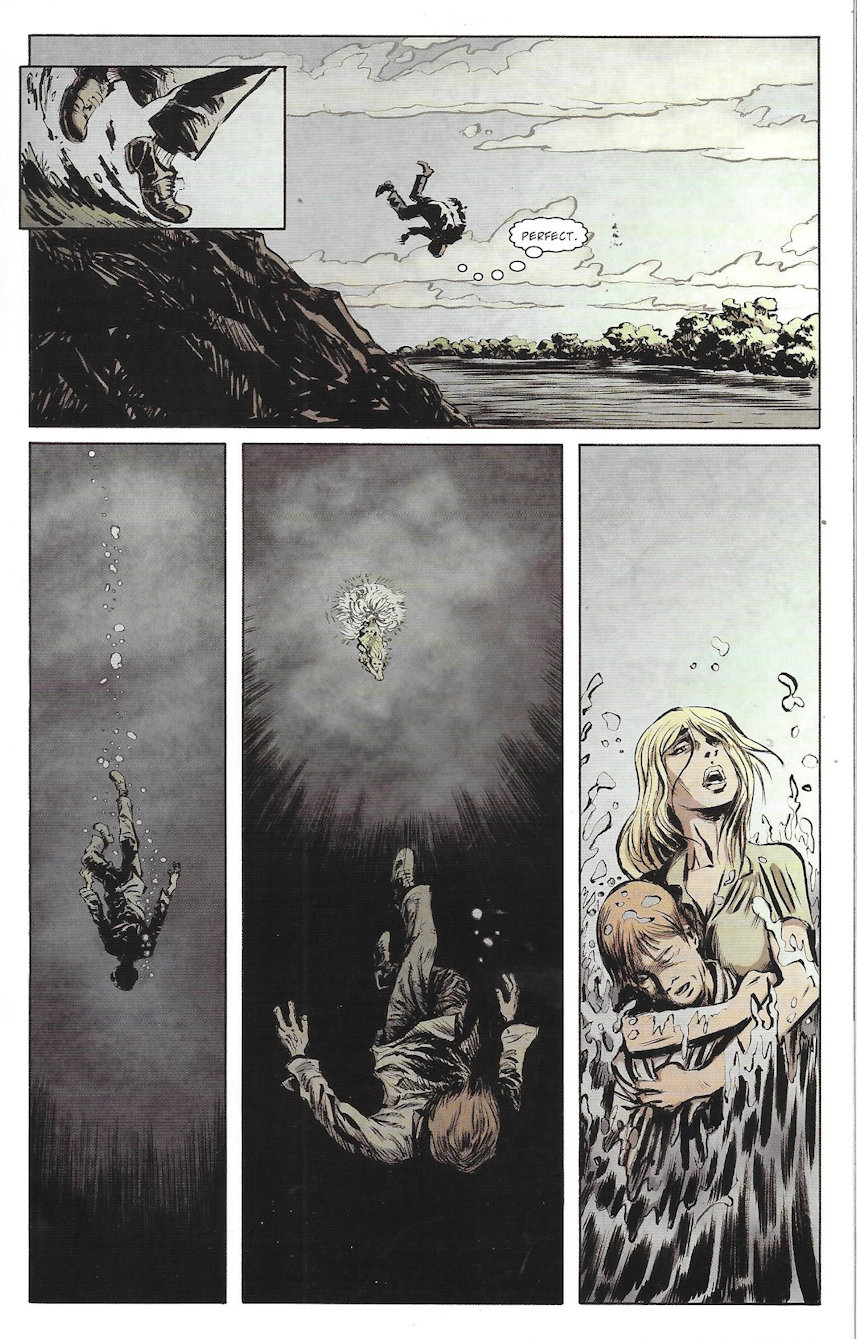 Or not. Eve pulled him out and resuscitated Martin, but he was technically dead for a bit. That means his deal has come due. Eve lets Martin know she is in league with the conductor but Martin says he loves her anyway. 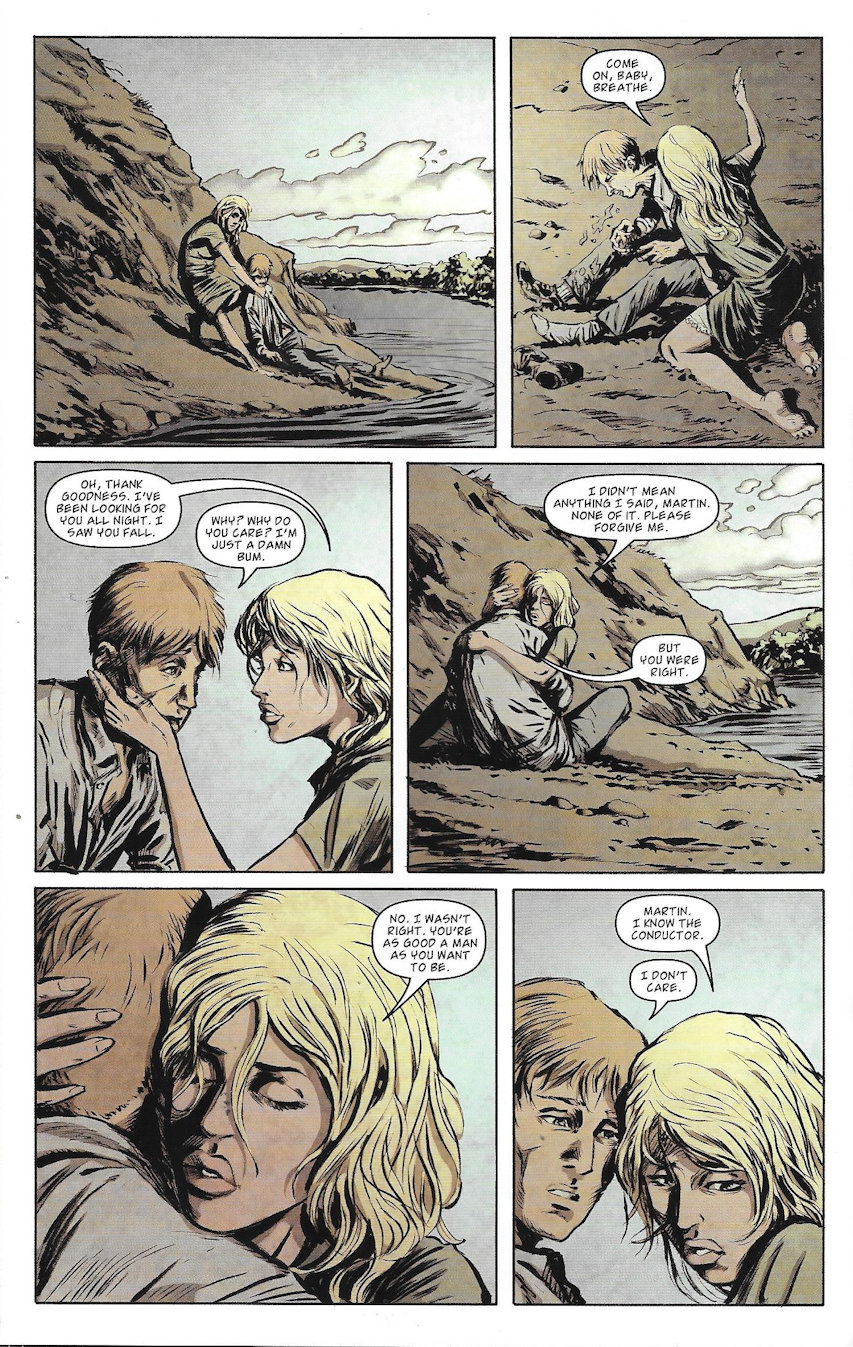 And then the Hell-bound train arrives. 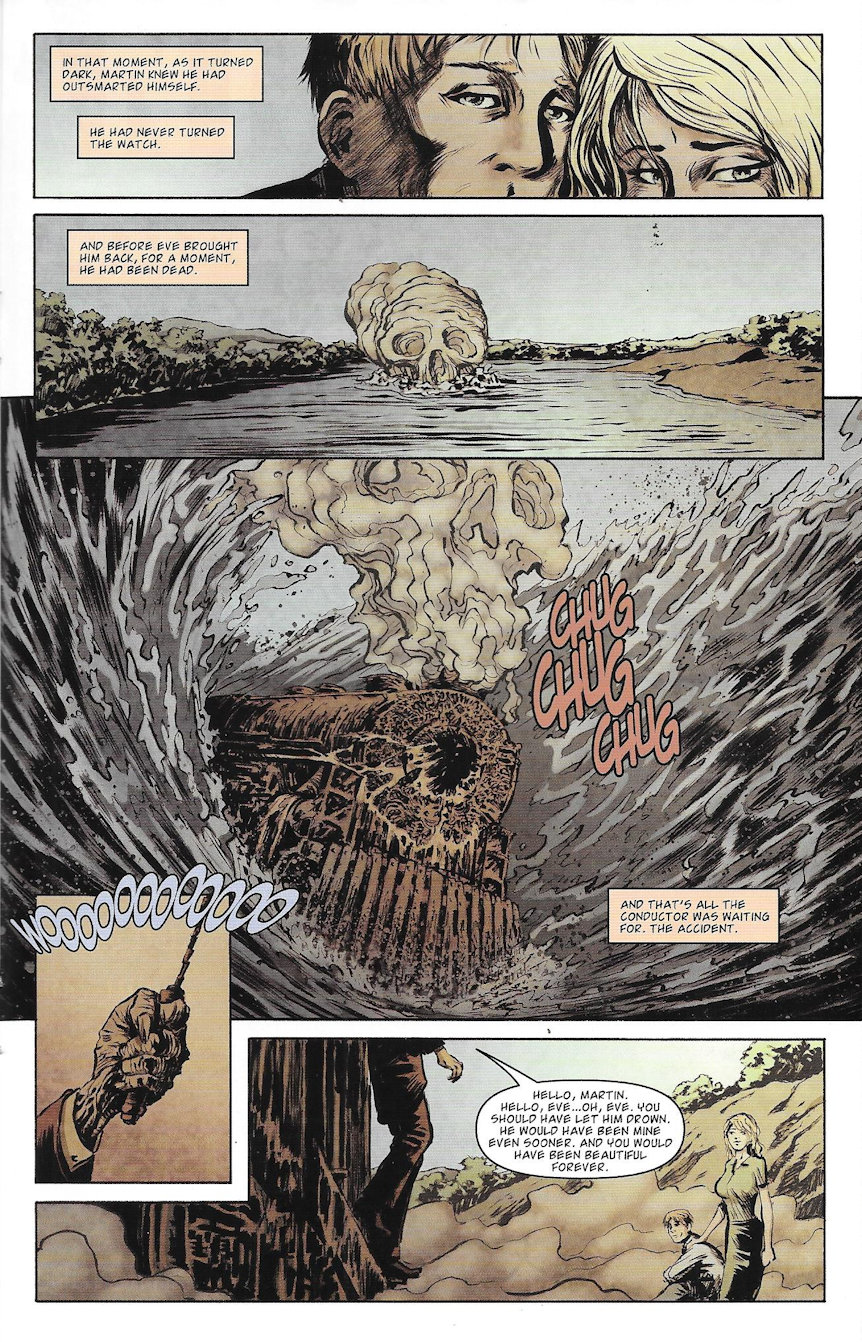 He takes both of them on board and asks for the watch back. Martin asks if it would truly have stopped time. The devilish conductor says yes, that it wasn’t an original idea. Others had asked for one before and their perfect moment never arrived. 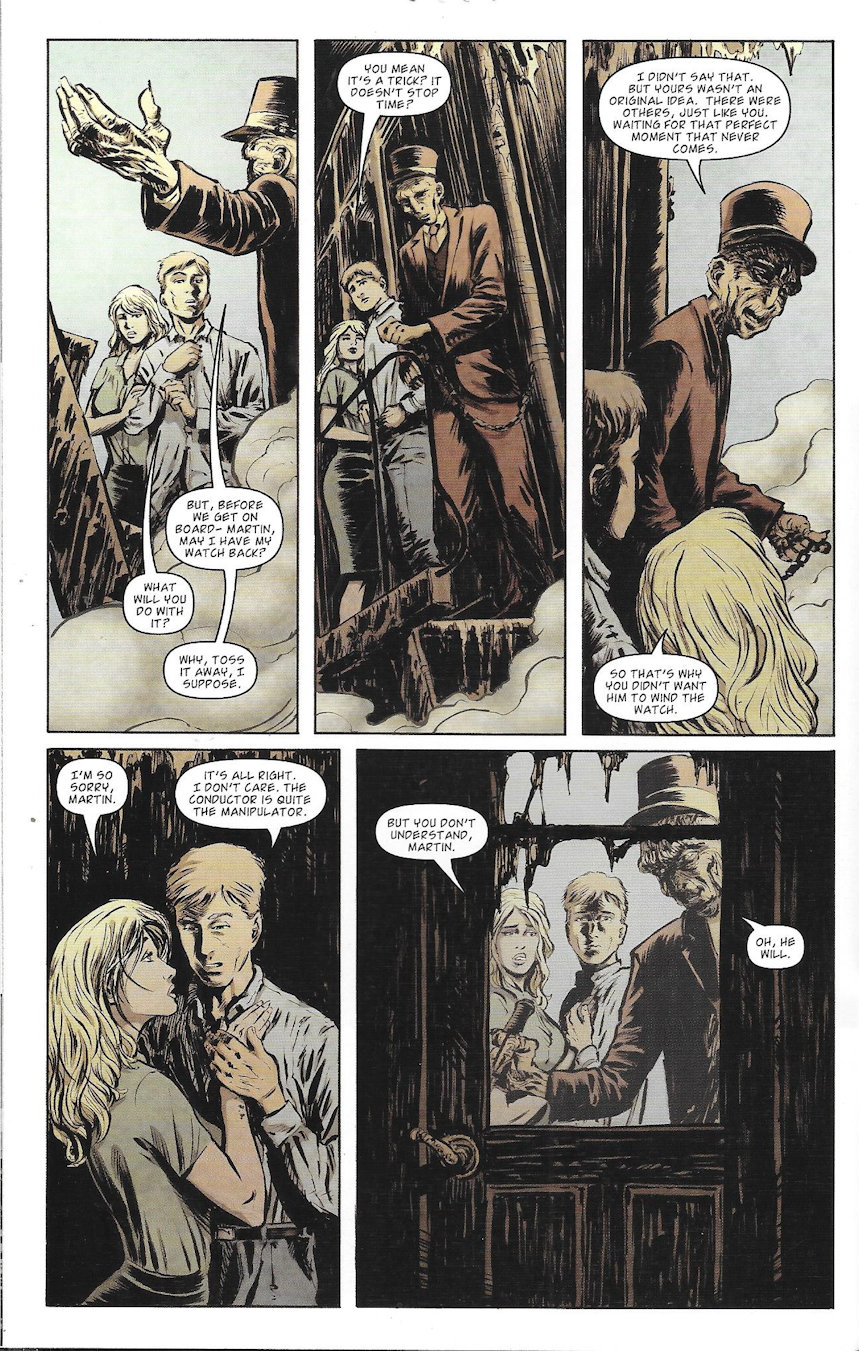 As Martin boards the train he finds the passengers in the middle of all manner of revelry. The train leaves the station and the party keeps going. 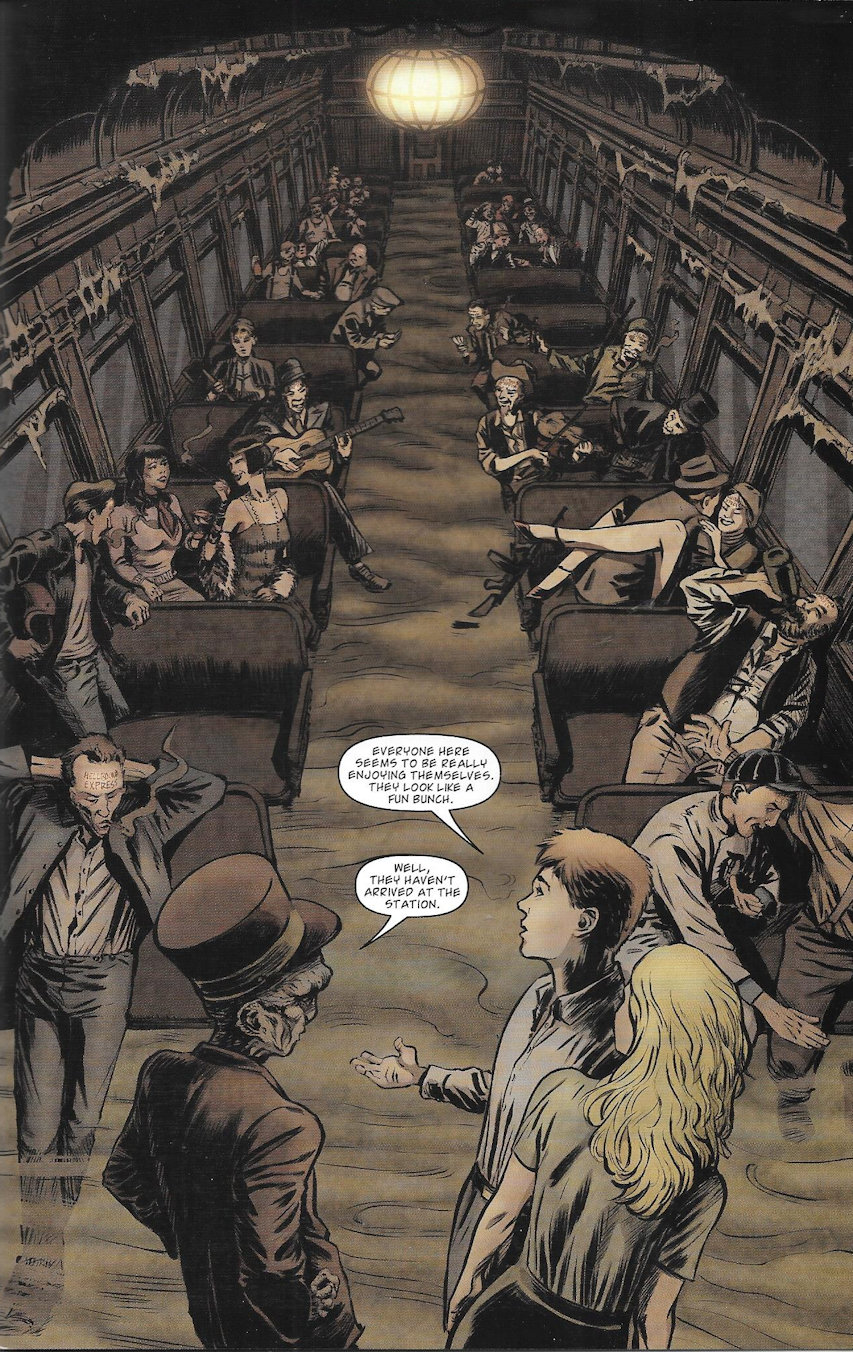 And seeing their state, Martin winds the stopwatch… 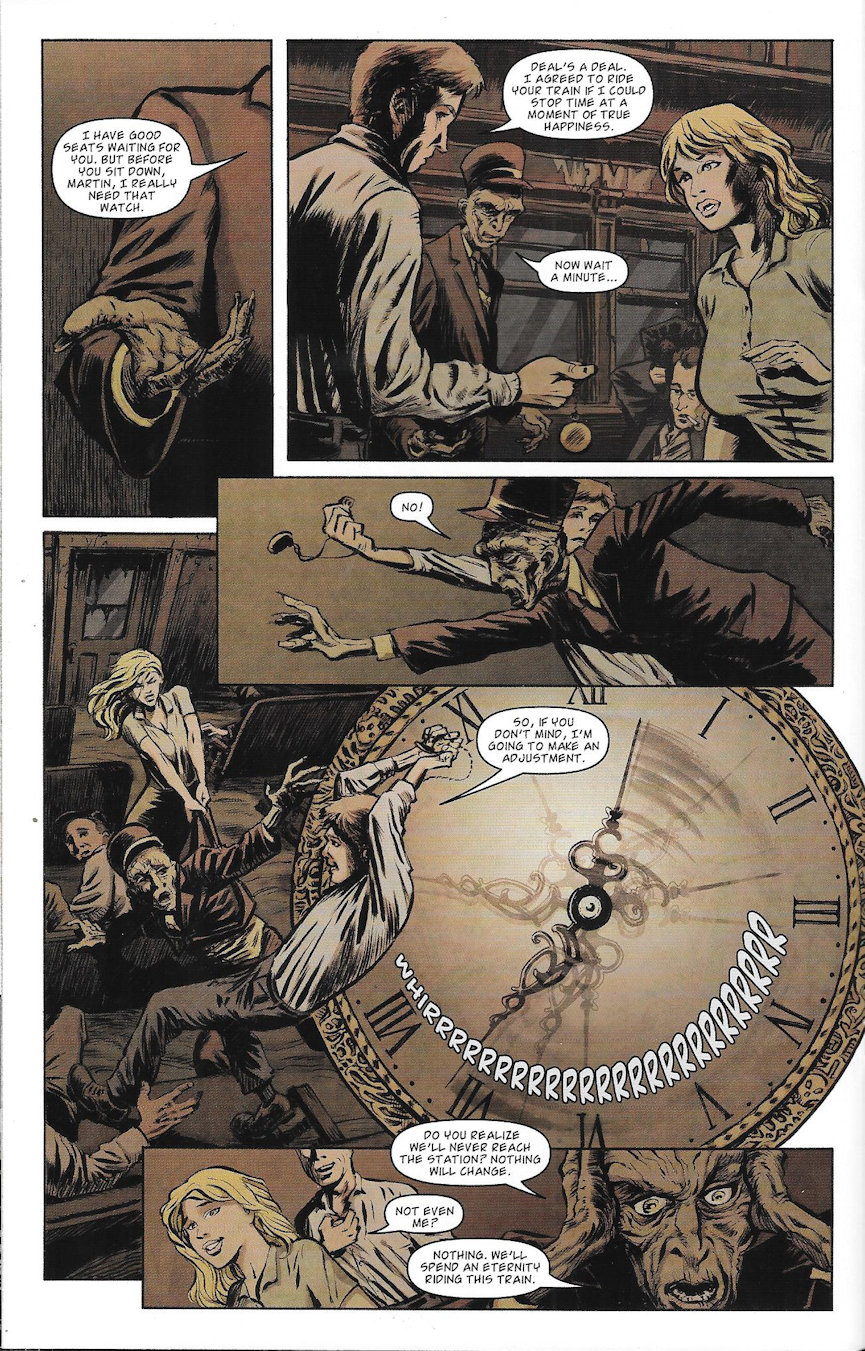 …and halts time forever, meaning the train will never reach Hell, trapping the conductor there with them. As Martin says, the fun is in the journey not the destination. 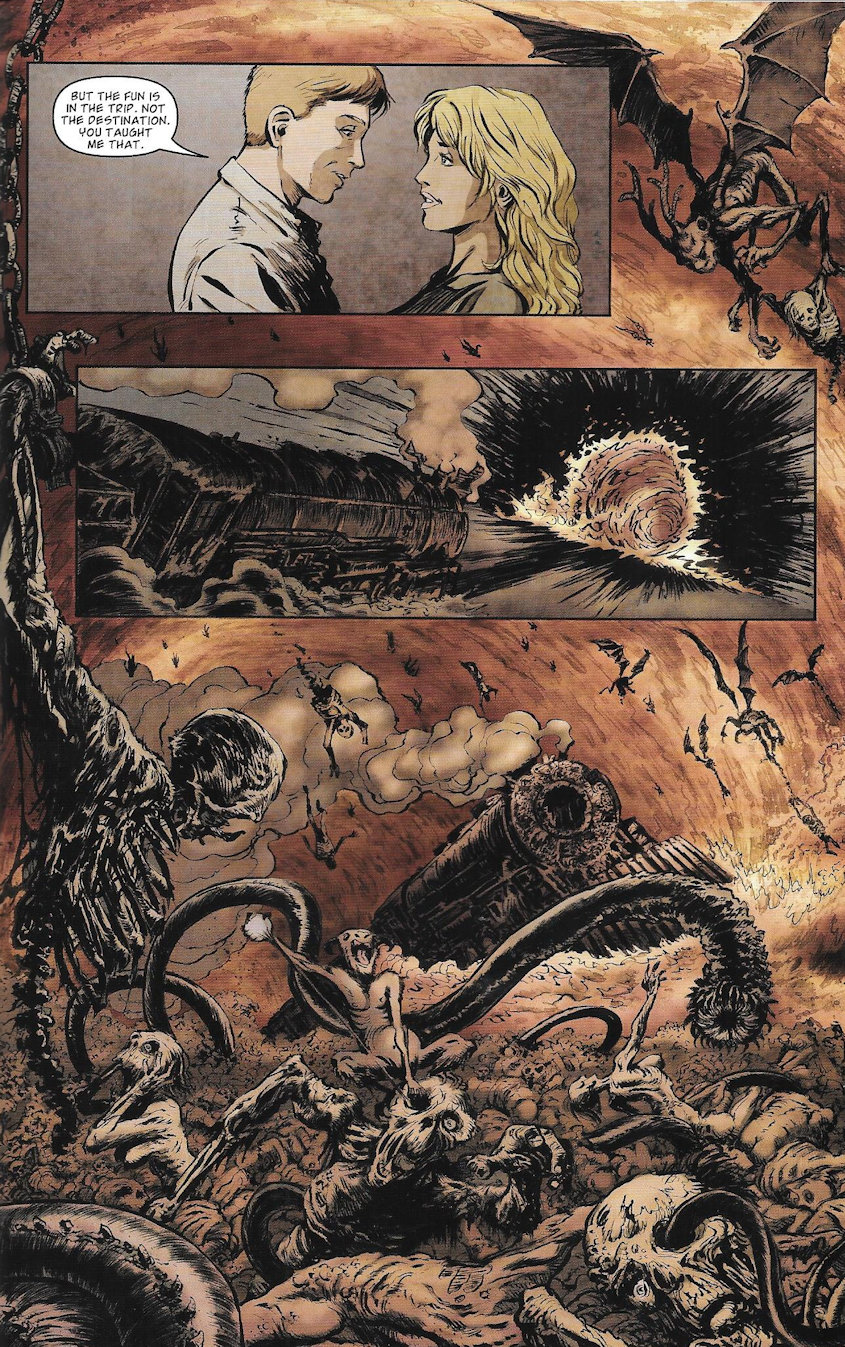 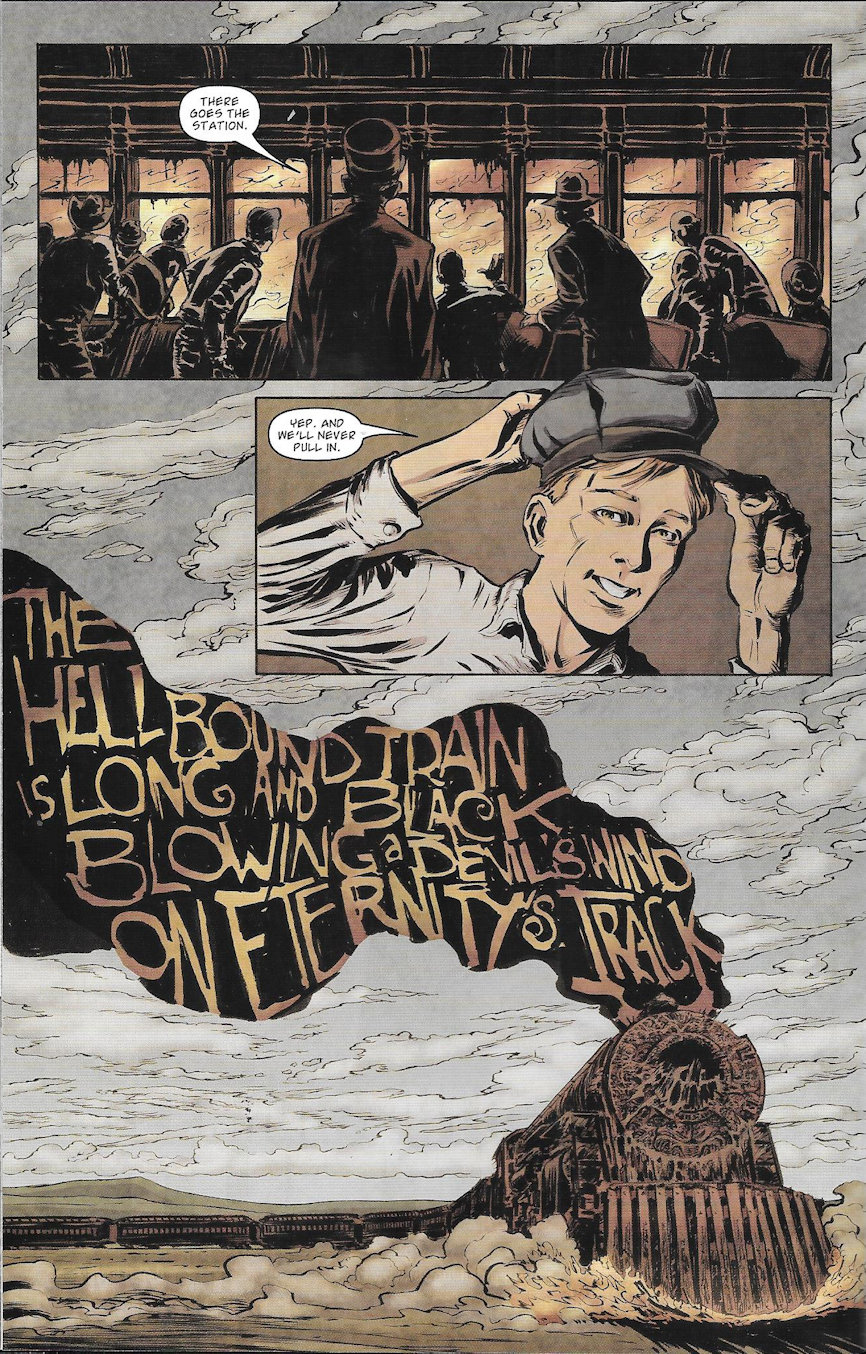 I love it when a story sticks the landing. Look for this story and many other of Robert Bloch’s horror shorts in his collections Tales in a Jugular Vein, Such Stuff as Screams Are Made Of, and Out of the Mouths of Graves.

Posted by SonOfCthulhu at 1:09 PM