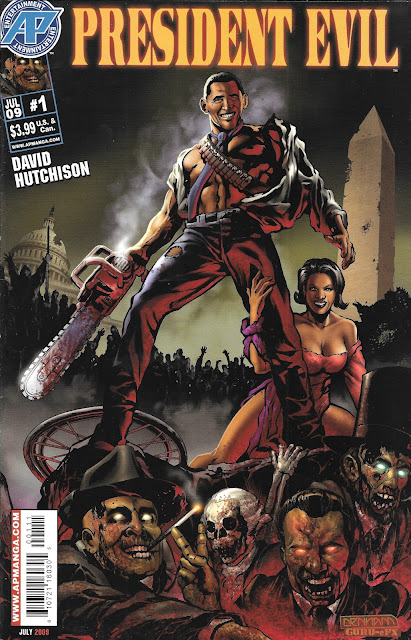 If the book inside were half as good as this cover...but it isn't.

It takes a lot to make a successful entertaining satire. There is a “sweet spot” you have to hit between offensive and trite. In the middle range, there is a minor gap where you will appear witty and inciteful, without causing too many ruffled feathers.

Essentially that’s because you typically have two groups that make up the bulk of your audience: lovers and haters. The haters are the easier group to satisfy. Any attack on the target, even to the point of mild rebuke is acceptable. No matter how outlandish, their dislike will grant you points for trying, even with the most outlandish of accusations. To the lovers, you have to appear to roast the object of your satire with such wit and insight that they have no choice but concede that you have some valid criticism.

I learned all that above from two sources that couldn’t be more different if they tried. The more literary and better thought of would be one Samuel Langhorne Clemens, better known by his pen name of Mark Twain. The other was growing up with a large collection of Mad and Cracked magazines.

Antarctic Press, possibly seeing Devil’s Due Publishing making out with their Obama books finally decided the results of the 2008 election of the United States first black president too much for them to ignore.

Thus combining the ever-popular zombie genre and a cover that evokes Sam Raimi’s Evil Dead, they got writer/artist/bottle-washer David Hutchinson to throw something together called President Evil (get it?).

Sadly, for all the promise of a chainsaw-hand wielding President Obama might net you, the book disappoints. It lasted the four issue run-time to finish the series, but I don't quite see how. Let’s wade through this mess to see why I find it such a letdown.

We begin with a hopeful action sequence showing Air Force One crashing in a dramatic fashion. The jagged panel layouts set a tone the book never quite lives up to, as this is thrilling and the book on the whole is not. 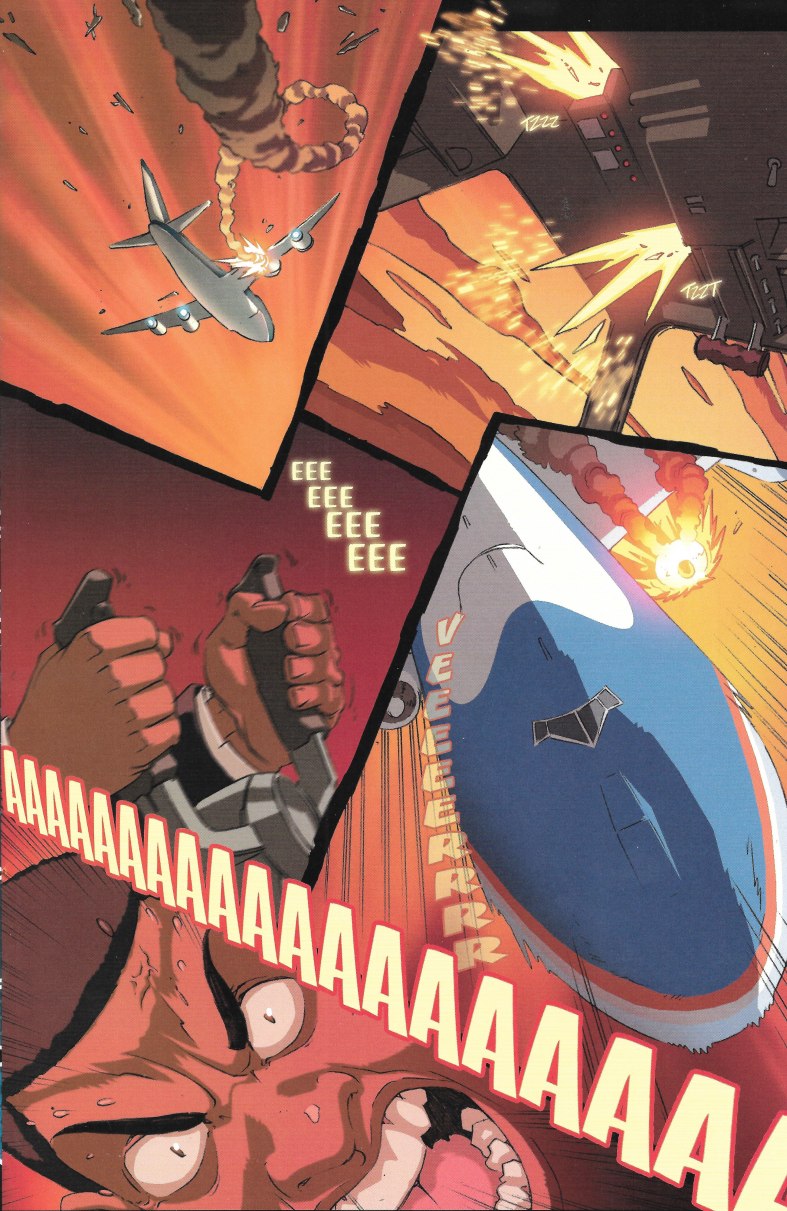 We end with Obama’s Presidential safety pod coming to rest alongside the fallen jumbo jet in the middle of Arlington Cemetery. Anyway: Obama makes reference to “surviving the election” as the high water mark of trails anyone would endure and if he could make it through that… 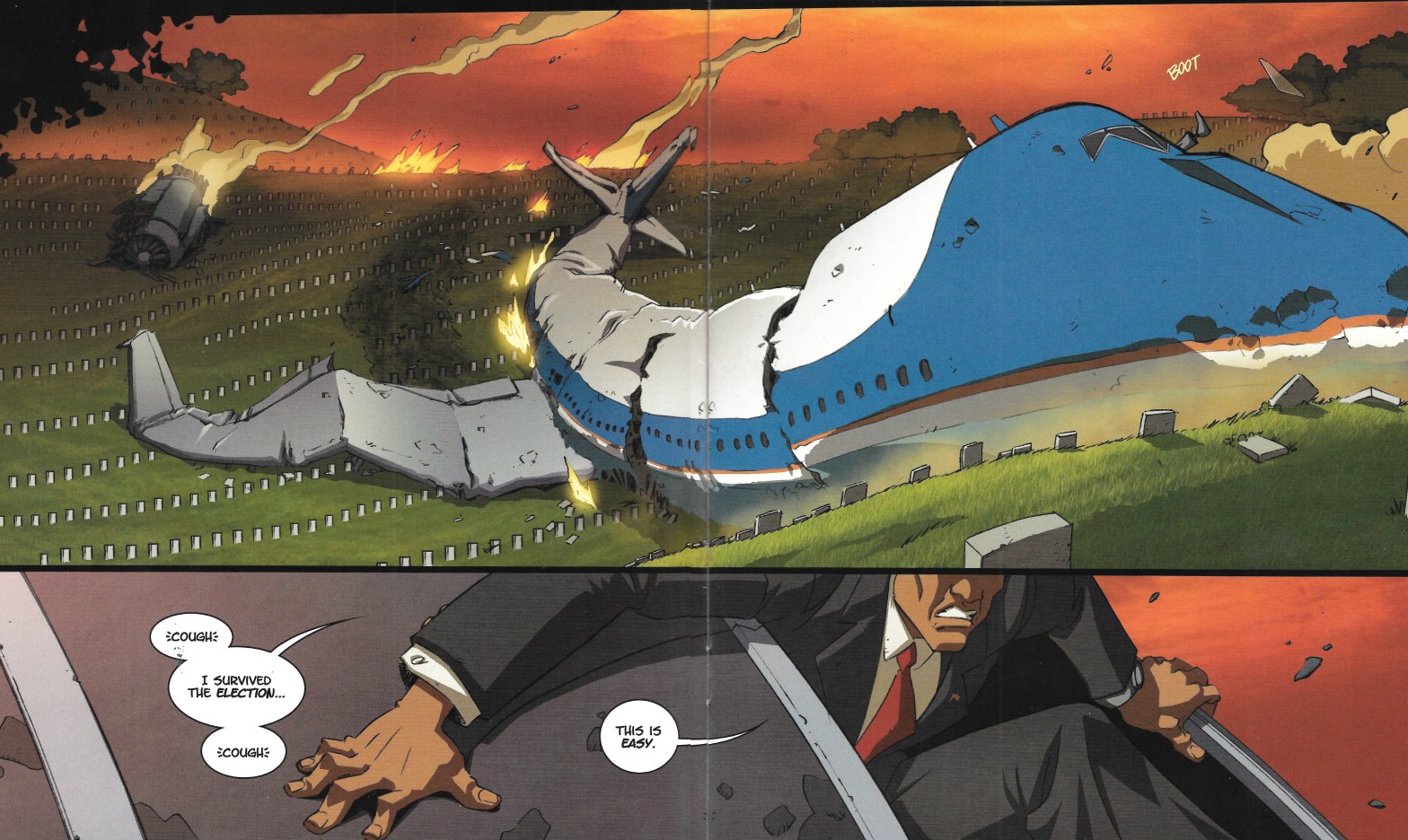 ..surely a little zombie plague is a cake walk. Note kids that for dated reference sake, there was a very large outbreak of swine flu in 2008 and it was all over the media. This book has a very “rushed to press” feel to it.

What isn’t a cake walk is making out of cemetery full of undead. Lucky for the President he has some make-believe super forcefield suit or something that damps down the terror and ramps up the ridiculousness. 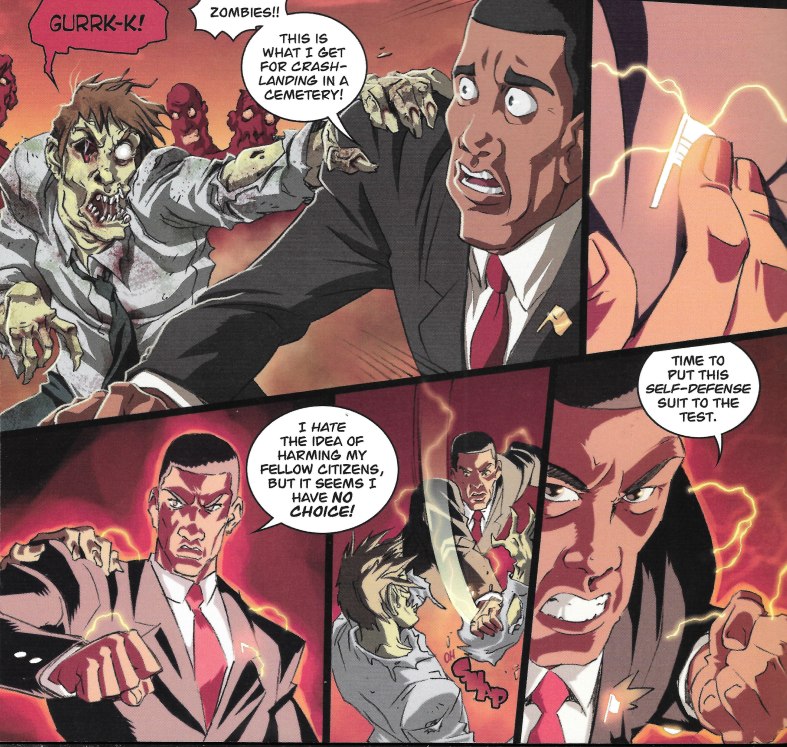 Note the corny line about “harming fellow citizens” seems to play toward the Obama side of the crowd. That’s the books main problem, it plays it too safe and it never really advances into brilliant, sharp criticism of anyone. Instead we get this… 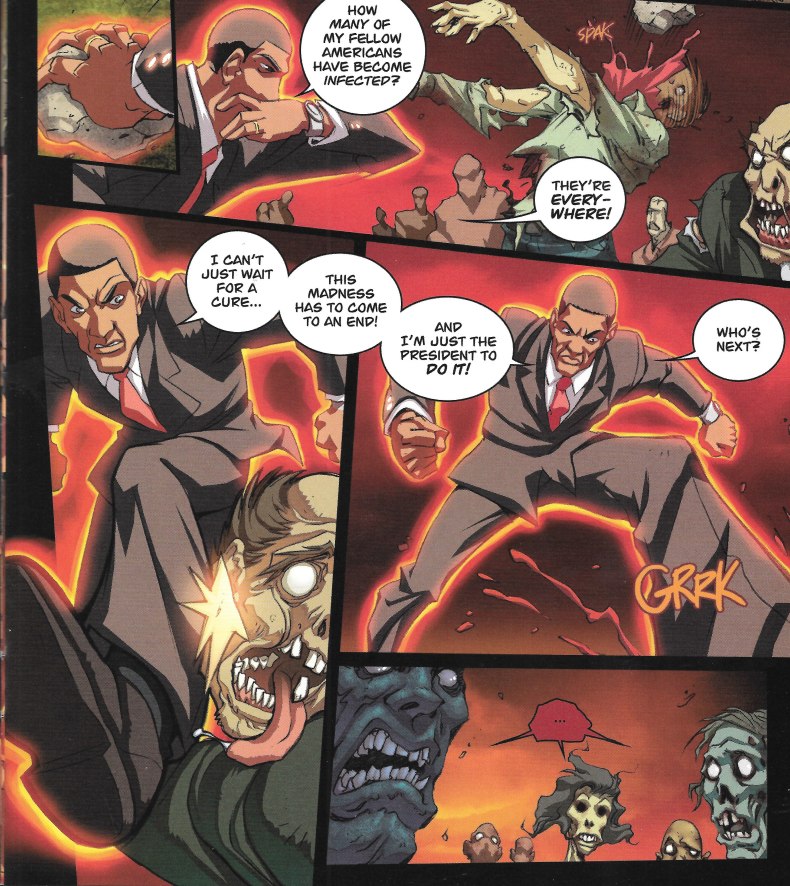 …when we could have had some play off the “hope” and “change” campaign themes. We need is the precise wit of a carefully aimed tack hammer and what we get is the bludgeoning blunt edge of a rock. 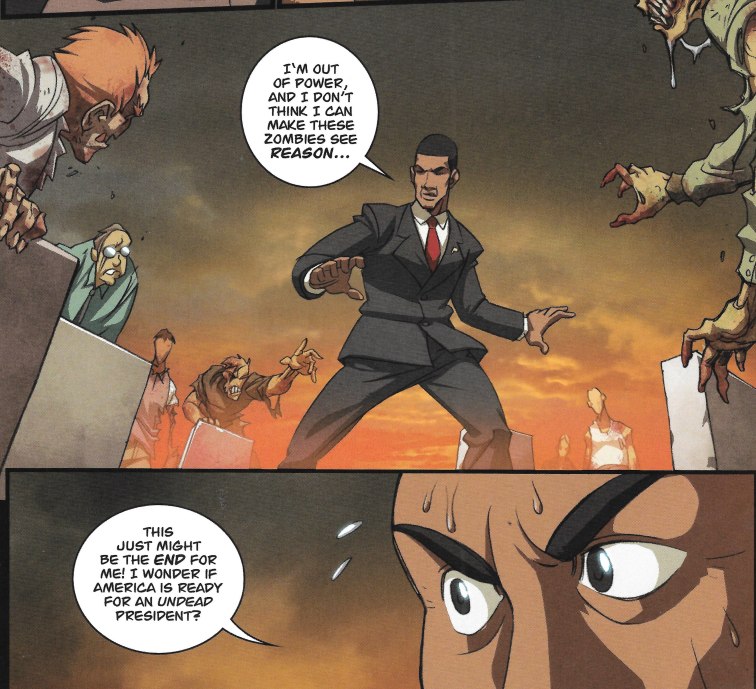 Just then, his suit runs out of power, shuts down and goes into recharge mode. Looks like it’s all over for him, until… 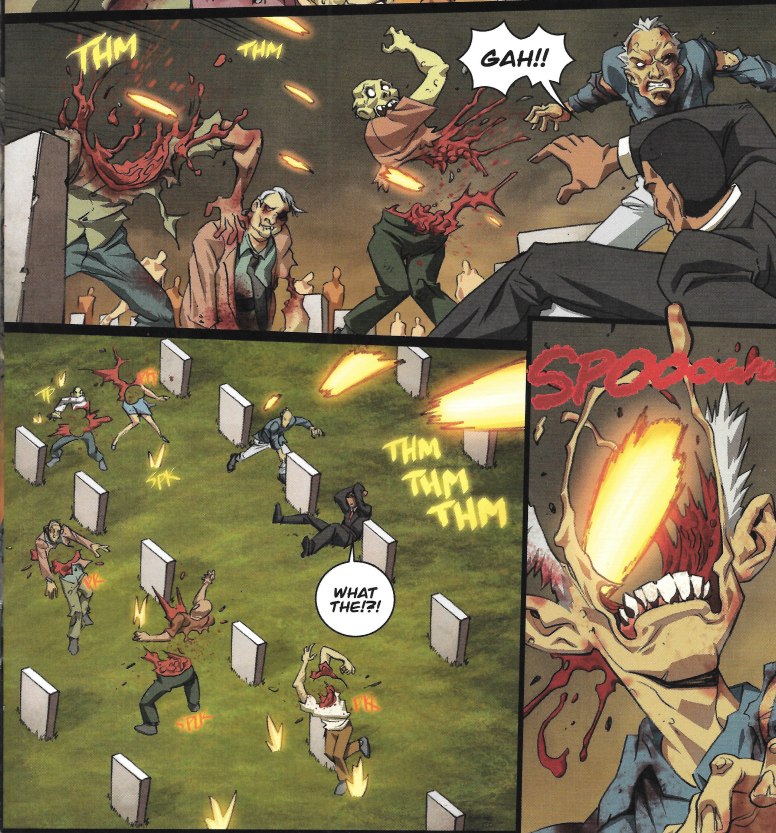 …a helicopter gunship appears, with the gunner’s station manned by none-other than… 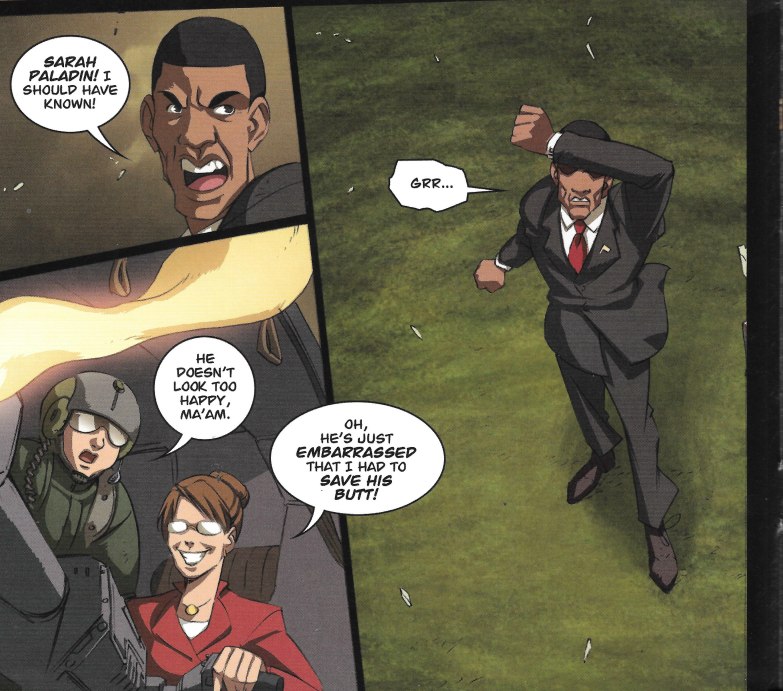 I get that Mad and Cracked renamed characters in their stories for comedic effect, but that doesn’t mean you have to do it here. Next thing you know you’ll be telling me this is President OBLAMA or some silly shit. (Upon researching this I found they HAD done that, just hadn't found a way to work his first name into this issue. Their height of wit: BaROT Obama. sheesh) Have the strength of your convictions to mock these people by name. They are public figures. Otherwise you seem lame.

Let’s just get through the rest of this…

While Sarah and Obama argue…

…zombies overtake the helicopter. When Sarah tries to save them, she ends up killing a gunner and blowing up the vehicle. Thus the pair are forced to run down the national mall to look for shelter. 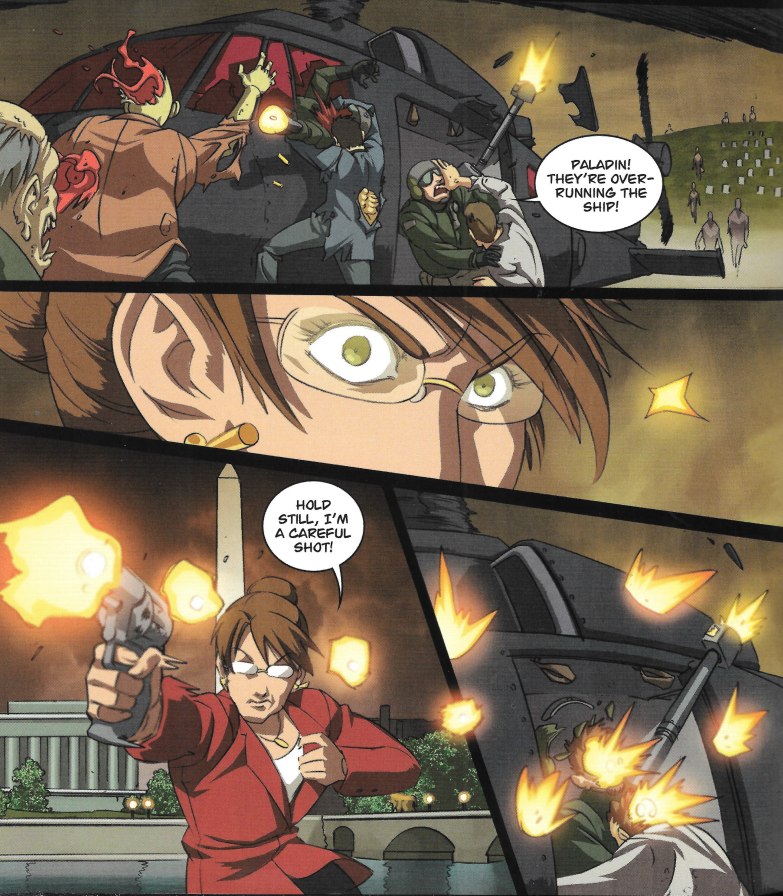 It’s then that they are attacked by a guy in a “Bigger Loser” t-shirt, who is identified as John MCPAIN. Not even sure how to approach that joke but to say “everything about it is in poor taste.” 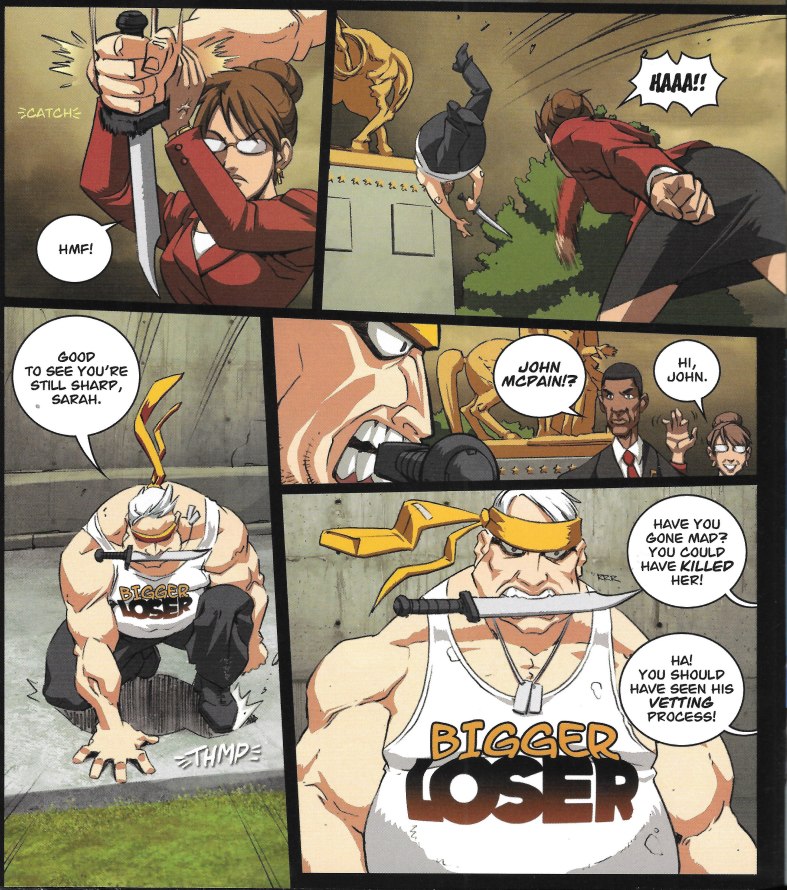 Luckily, a distraction comes along in the form of a phone call from NORAD on Obama’s cell. Appears the previous administration had something to do with the research firm responsible for the zombie outbreak. The NORAD tech tells the President he has sent info to the White House’s hard drive but can’t say more as there are “ears everywhere.” 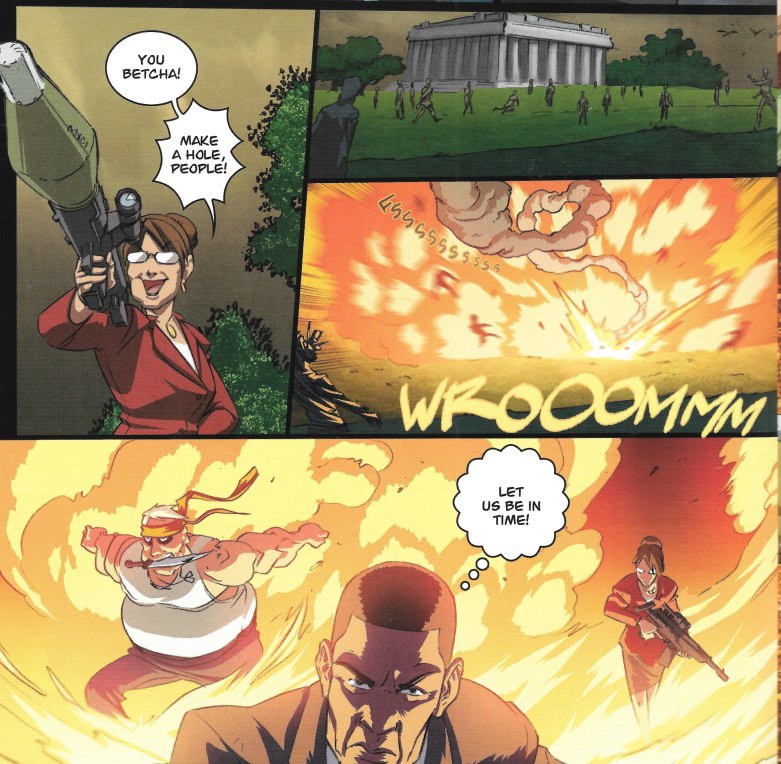 As they do, the run into this senator, kicking the snot out of zombies with her bare hands, while also being upset at her husband. 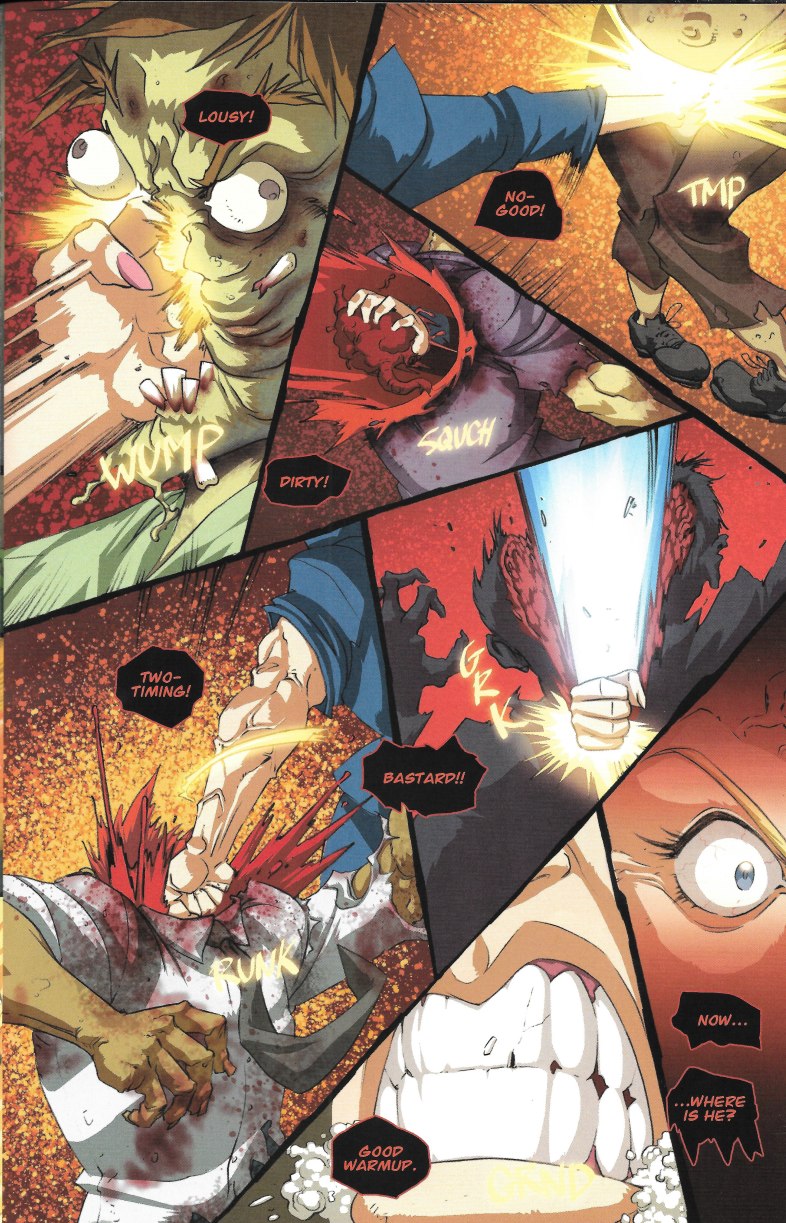 …yeah, it’s exactly who you would expect it to be. 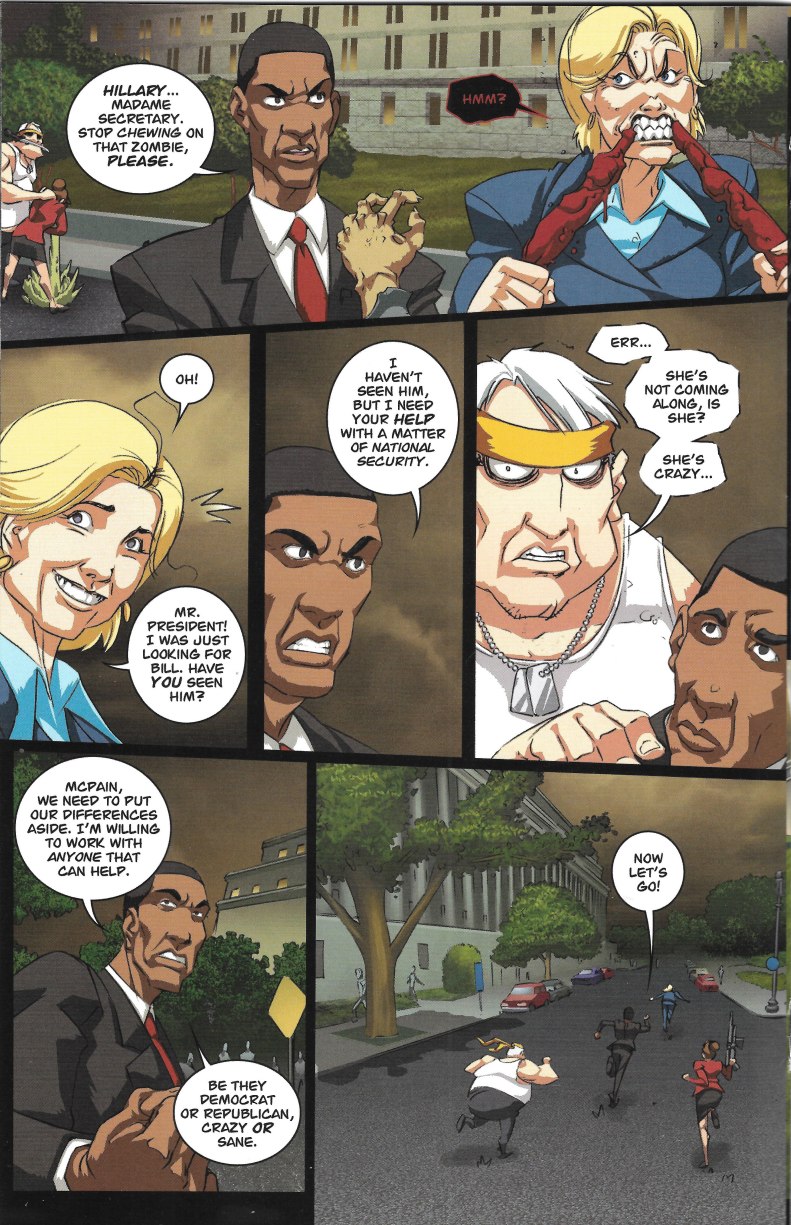 There just feels like so many missed opportunities here. Like either the writer didn’t follow politics or felt the readers shouldn’t need to in order to enjoy the story. There is the barest crust-deep level to all of his “humor” and it just doesn’t work for me.

Even this bit with George “Dubya”… 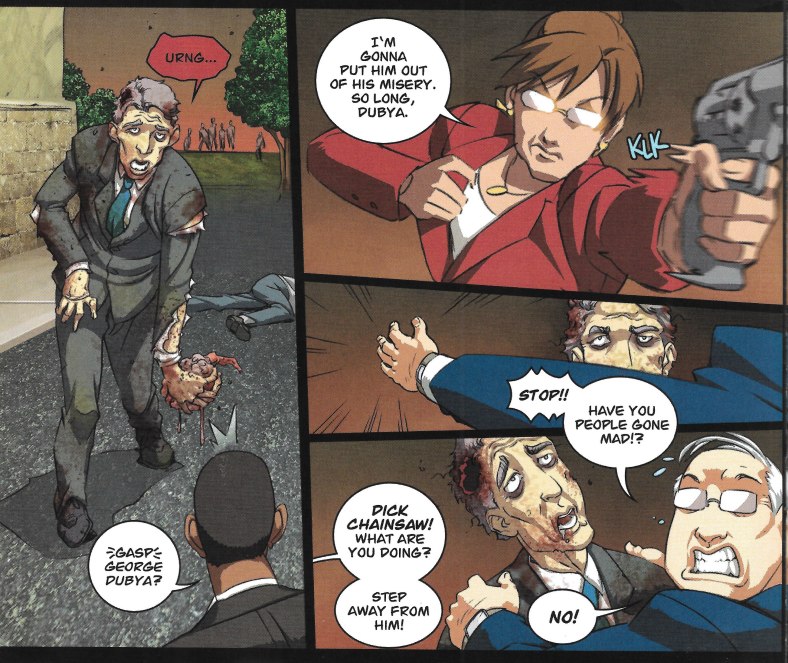 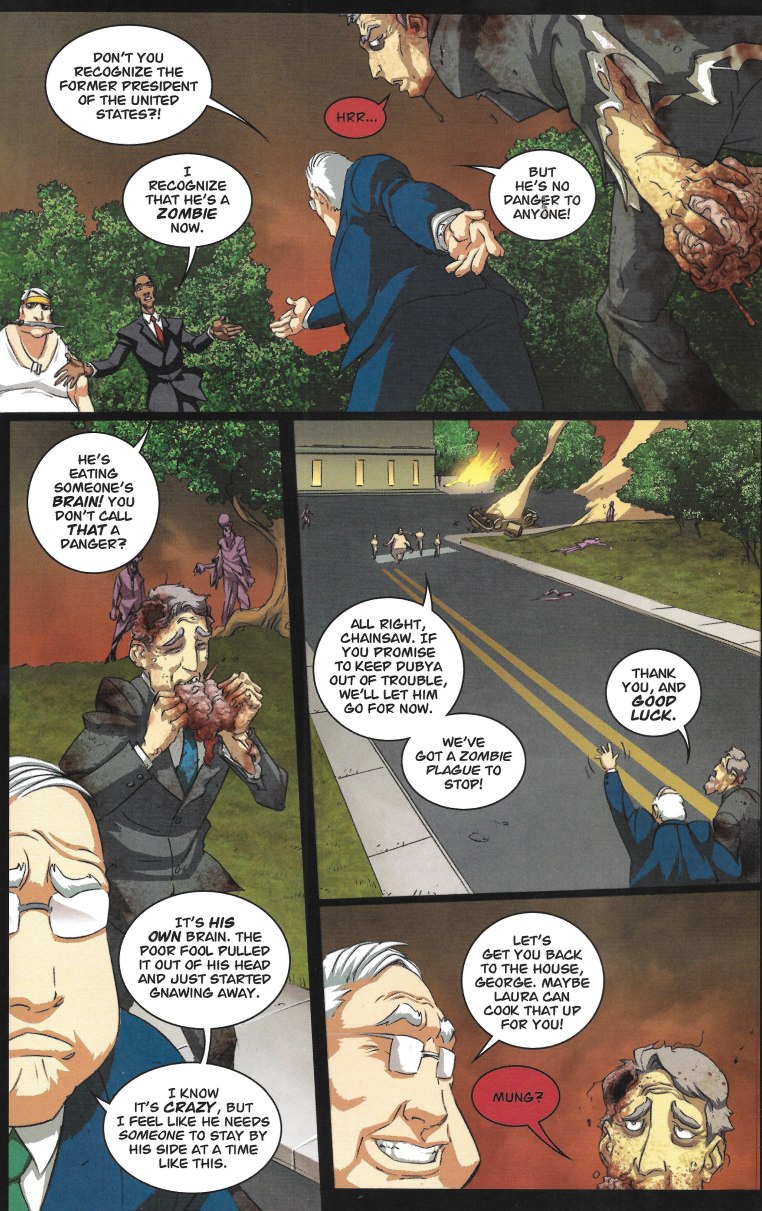 I can’t take much more of this. They make it to the front lawn of the White House, find it infested with brain munchers and McPain, Paladin, and Hillary take point. 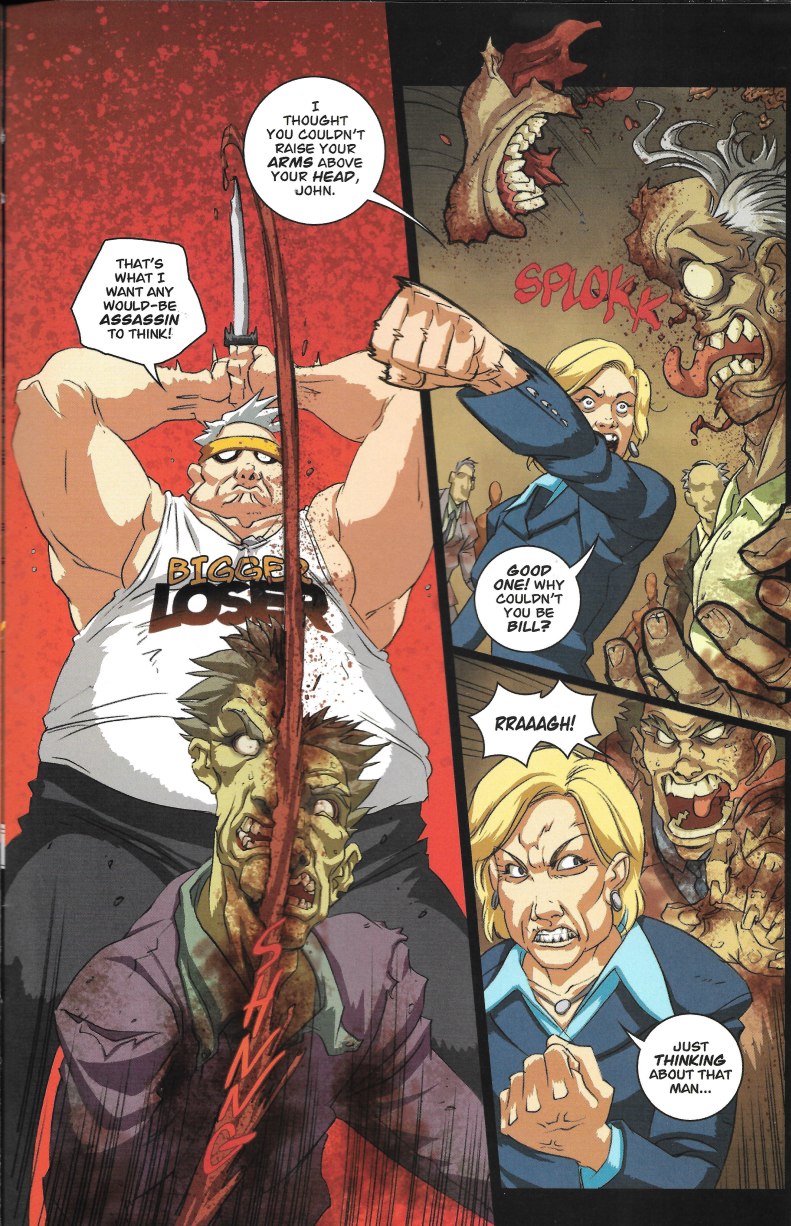 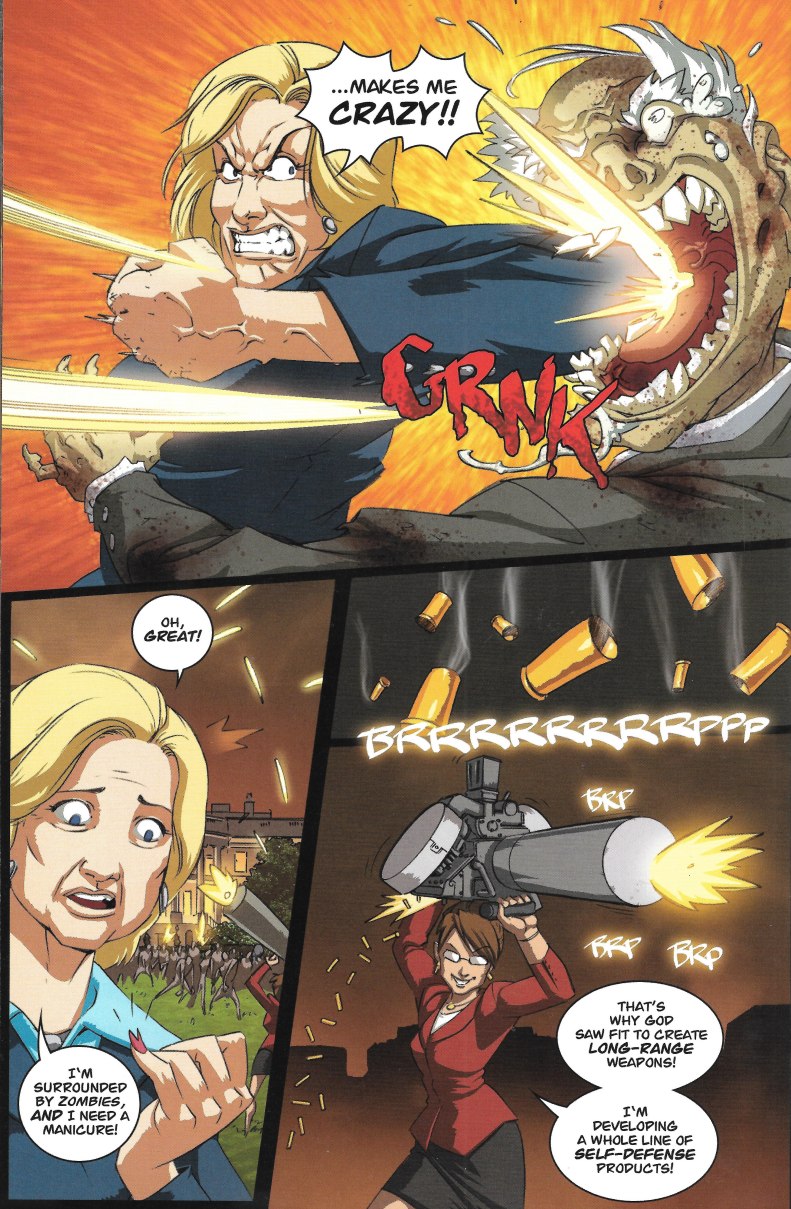 While Obama shuts off the lawn-mounted auto-turrets we all know are secretly hidden under the White House grass. 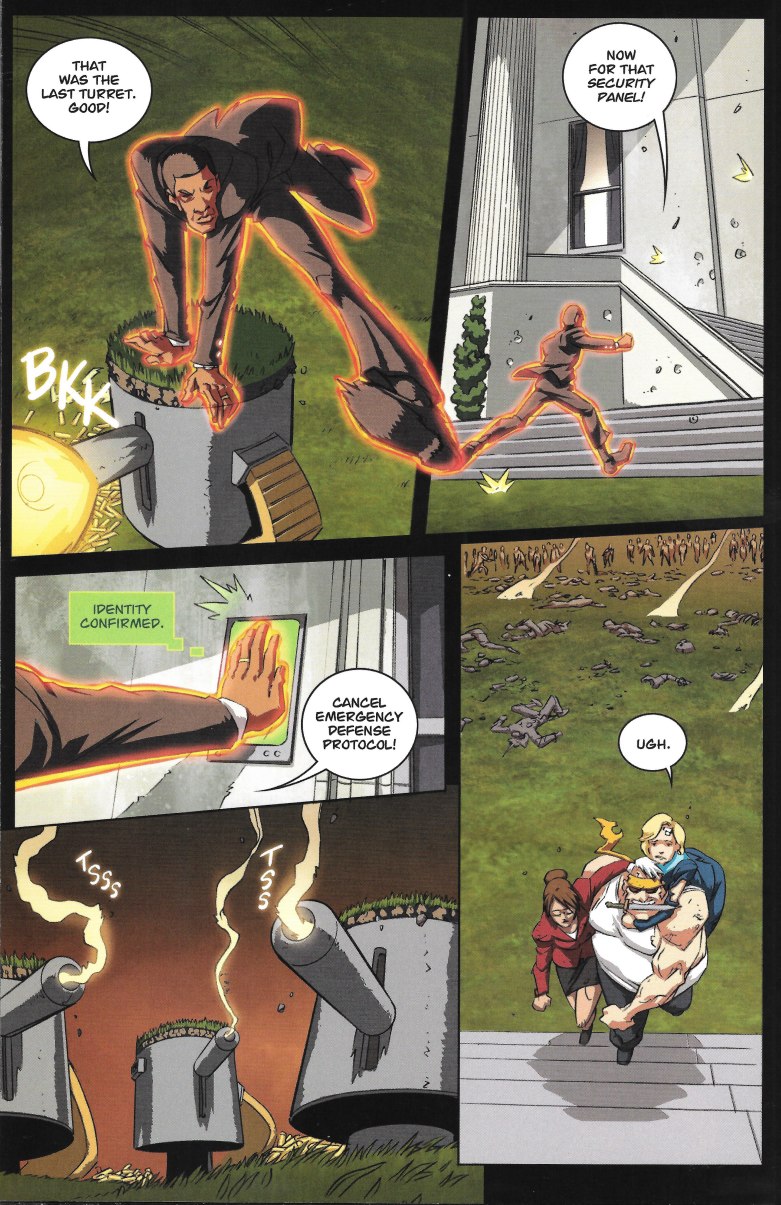 But before they can get inside, “Operation Zombie Stomp” is unleashed, that being… 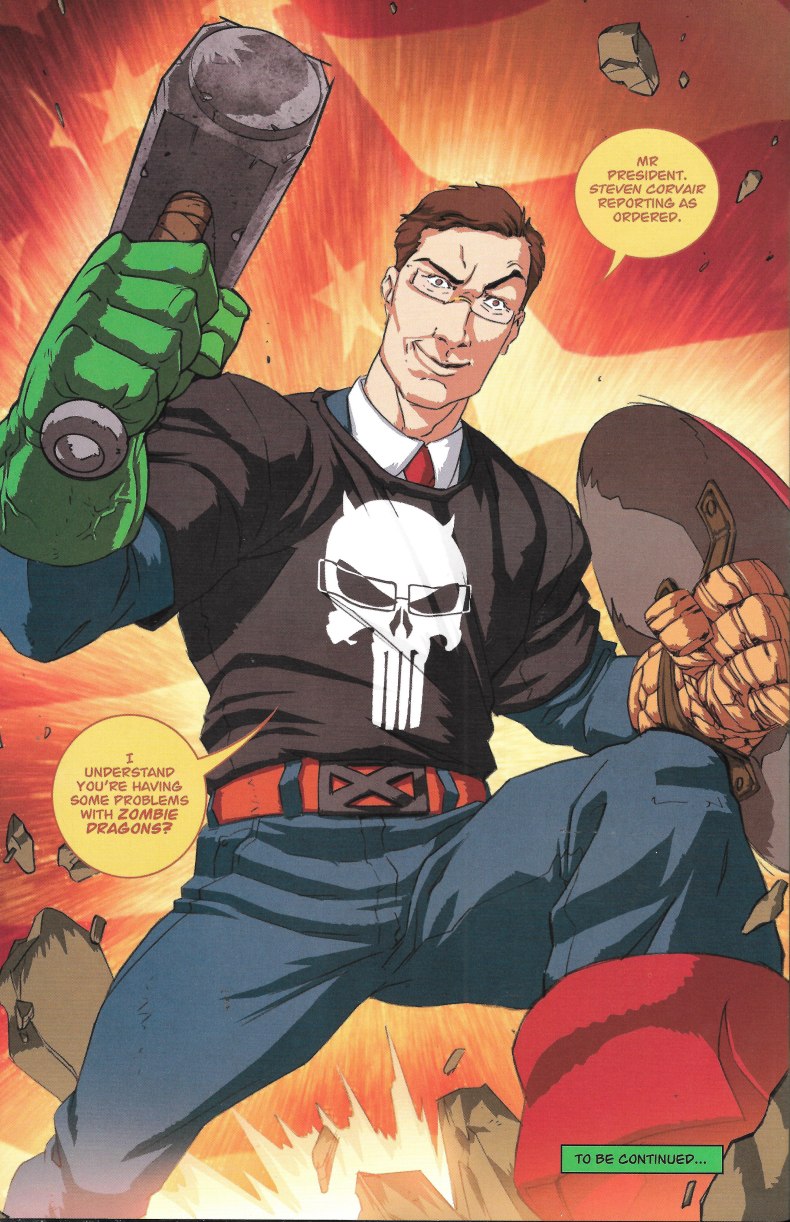 …a bad parody of Steven Colbert.

The worst part about this book isn’t anything in it. It’s the fact that because someone fumbled this idea so badly, that we didn’t get a GOOD Obama vs. Zombies book until months later when Army of Darkness: Ash Saves Obama came out.
Posted by SonOfCthulhu at 5:28 AM