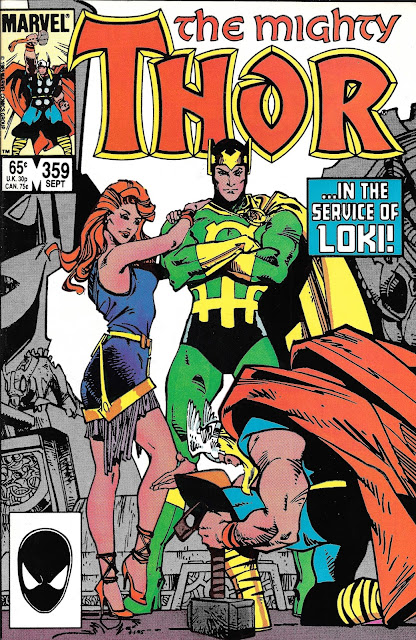 The Crapbox is sometimes prescient.

What prophetic powers do I ascribe to a random pile of comics that I bought for less a quarter a piece? If you’ve seen the movie, and from the box office I would hazard that most of you have, when you read this review all of it will become very clear.

Why do I say that? Here is my story: I am sharing with you what happened yesterday. Right before I purchased tickets to Thor: Ragnarok, I had a few hours to kill. I decide to reach in and pull out one more Thor issue from the pile that were in the crapbox to review.

This was what my hand settled on, a mid-run Walt Simonson tale of Loki and Lorelei that occurs one issue before the big showdown with Hela. I was enthused to read it because it was Simonson and I love all his work. It had been quite some time since I reached back into his stories, and I’ll admit to having forgotten this one.

I did remember Lorelei, though. She’s a minor villainess who has a bunch in common with her sister Amora, who is also known as the Enchantress. Her powers are mostly kiss-based, making men her obedient slaves if they so much as dare one brief lip-lock. In this issue she has Thor by the hormones after she kissed him last issue. Oh, and she is in league with Loki, which is why they show him and her together on the cover. 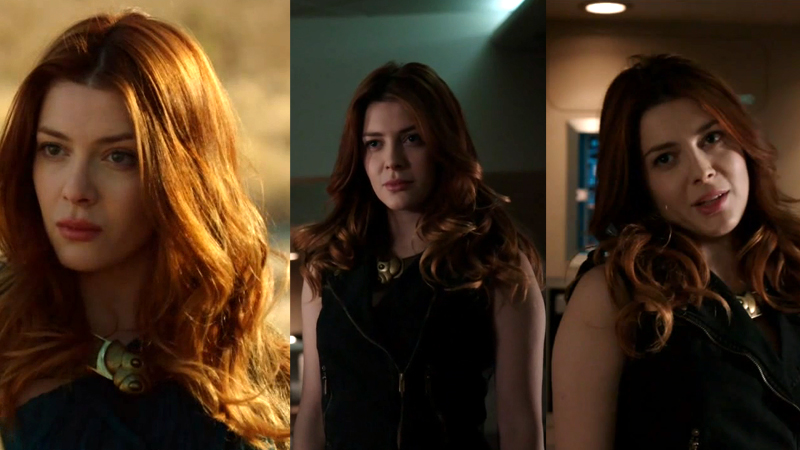 I wasn’t really thrilled to find out there was no Hela in it though. Also there was probably little movie tie-in appeal as Lorelei didn’t have a chance of showing up in Thor 3. She was so low level, Marvel gave her character away to the TV show Agents of SHEILD. While played by the lovely and talented Elena Satine, Lorelei bedeviled the agents for a few episodes in seasons one and two, albeit with little in the way of special effects. Perhaps that’s why she was attractive to the TV side of Marvel Studios: lower budget costs.

But ANY Simonson issue is amazing in one way or another, so I read it and found it was…well, you’ll find out below.

For those of you who’ve seen the movie, you’ll get the point I’m trying to make about the Crapbox just “knowing” when to spit something out at me. I’ve already taken what it throws out on faith.

But you might not, so let me show you what I mean.

We begin the issue with Thor completely mesmerized by Lorelei’s spell. He arrives in Asgard singing his step-brother’s praises and demanding he be made king. 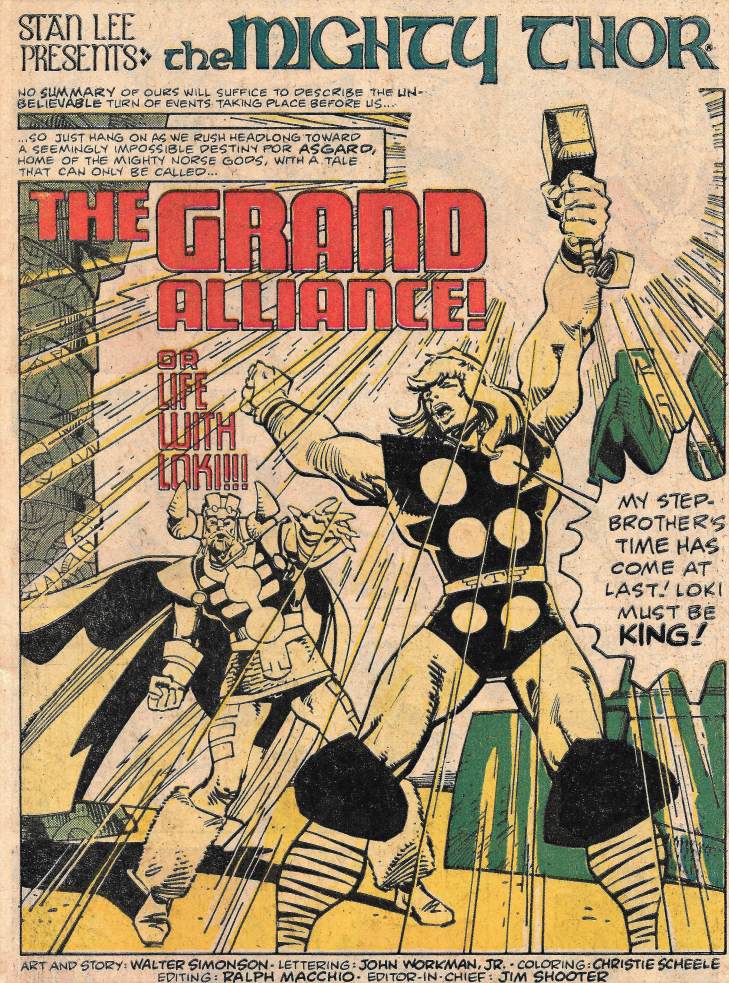 Thor freely admits to Heimdall that his change of heart about his brother is all due to his new found love Lorelei having shown him the way. Heimdall is no fool, and summons help. 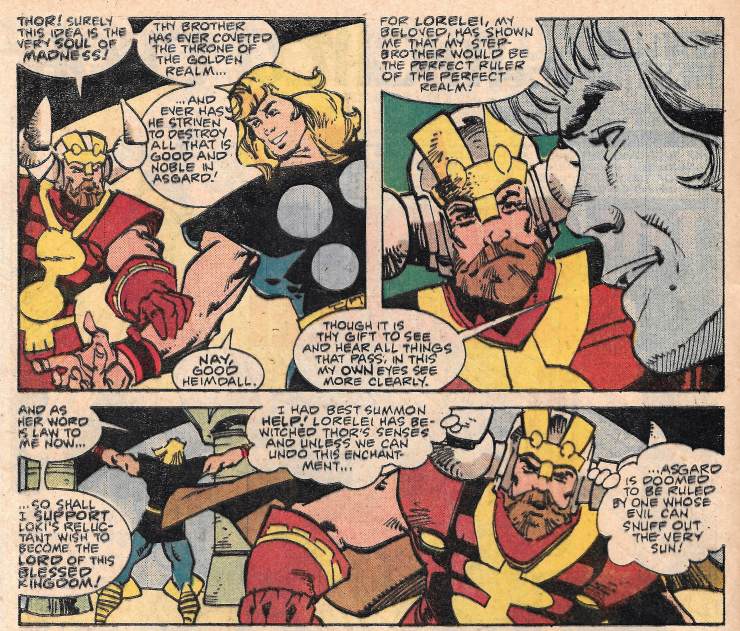 Next Lady Frigga arrives to hear from Thor’s own lips that he is advocating for his rat-fink step-brother. Thor subjects her and Volstagg’s daughter Hildy to the same line of BS. So she has Heimdall summon the Enchantress, Lady Amora. 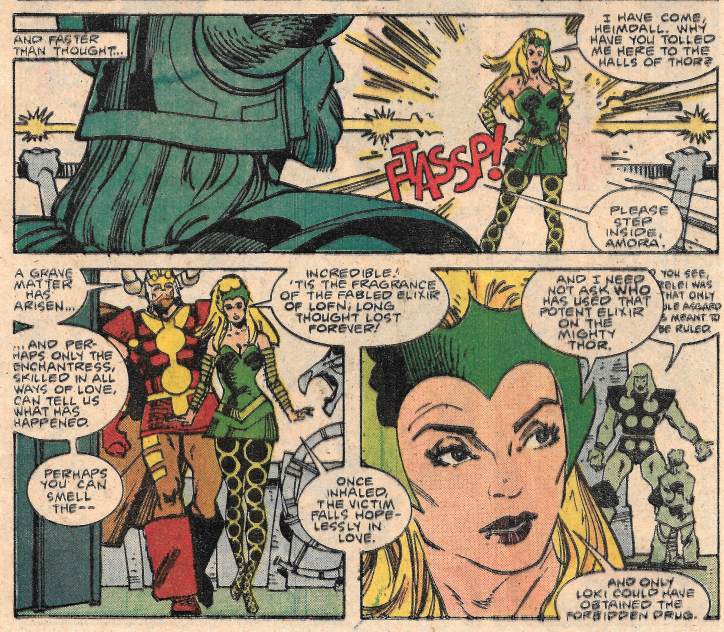 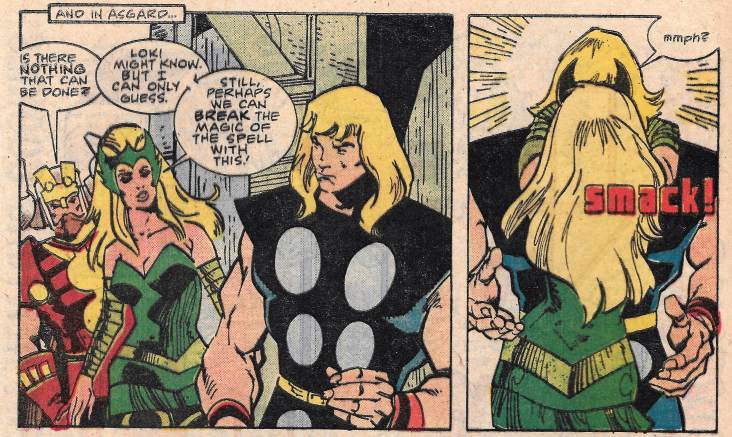 …but Lorelei’s enchantment is much stronger, and Thor remains bound to her will and Loki’s mechanizations... 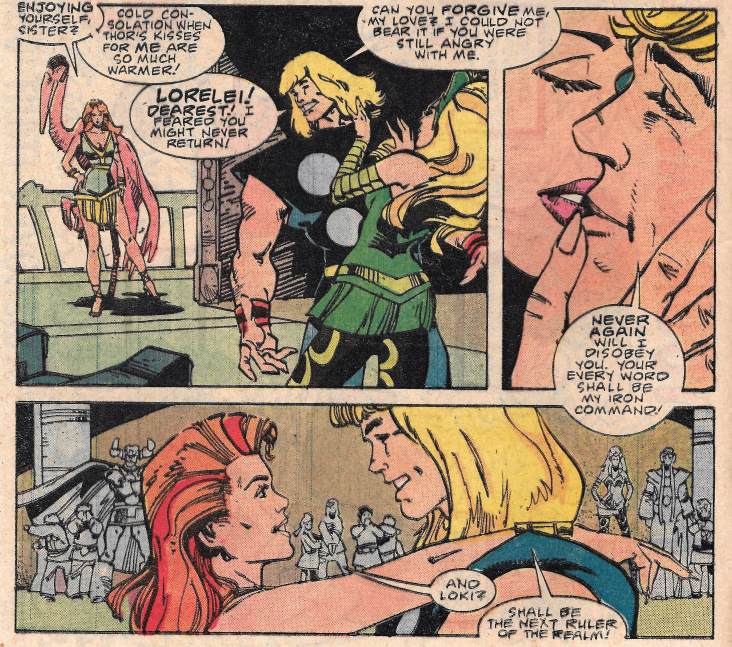 Sif arrives and tries the more…Direct approach, only to be prevented from doing any real intimidating by Thor himself. 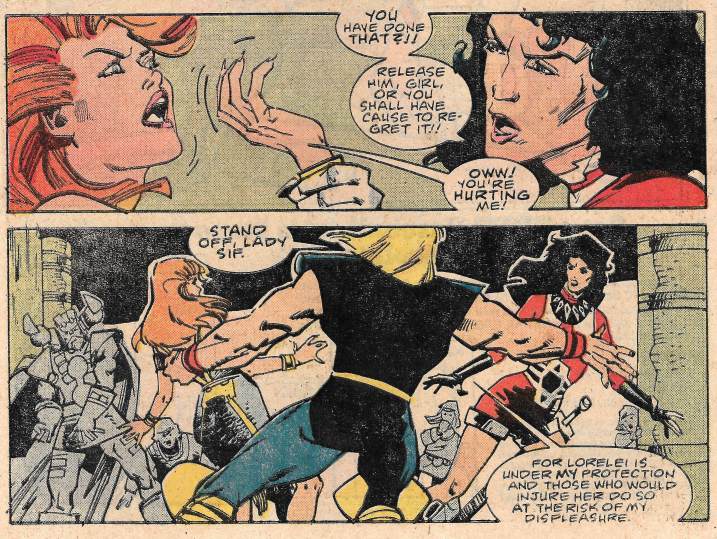 Seeing that things are getting rough, Lorelei excuses herself and flies back to Loki on a giant pelican-type bird, while Thor’s friends hatch one final plan to save him. It begins with Heimdall watching Lorelei’s flight to see where she goes. Once sure her path is back to Loki, they set their plan into motion.

They convince Thor that he has completed his mission, and everyone believes Loki should be made king. It is a short step from there to explaining that the Thunder God should go tell the God of Mischief immediately. 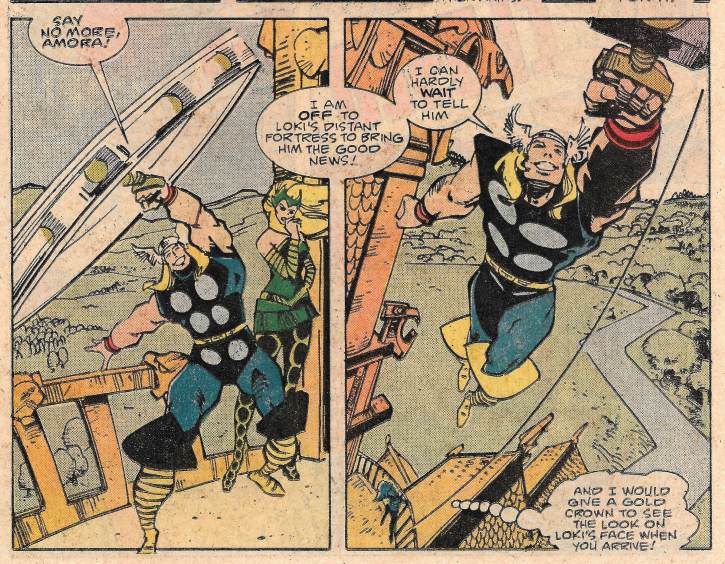 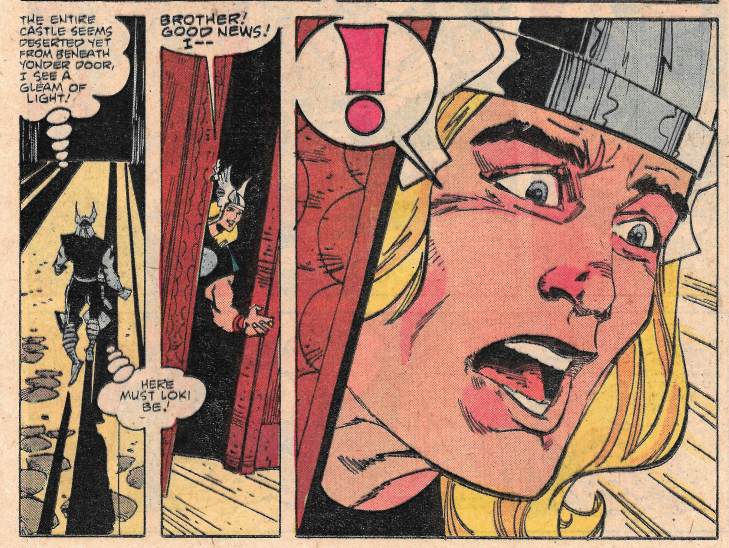 ...and the only light coming from the bedroom where… 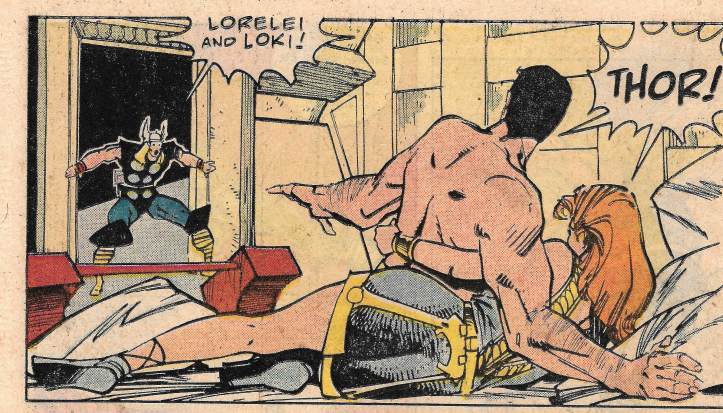 …this is taking place.

He doesn’t take it so well, the love spell being both a boon and a curse at this moment. Lorelei can control him and force him to bow to her words… 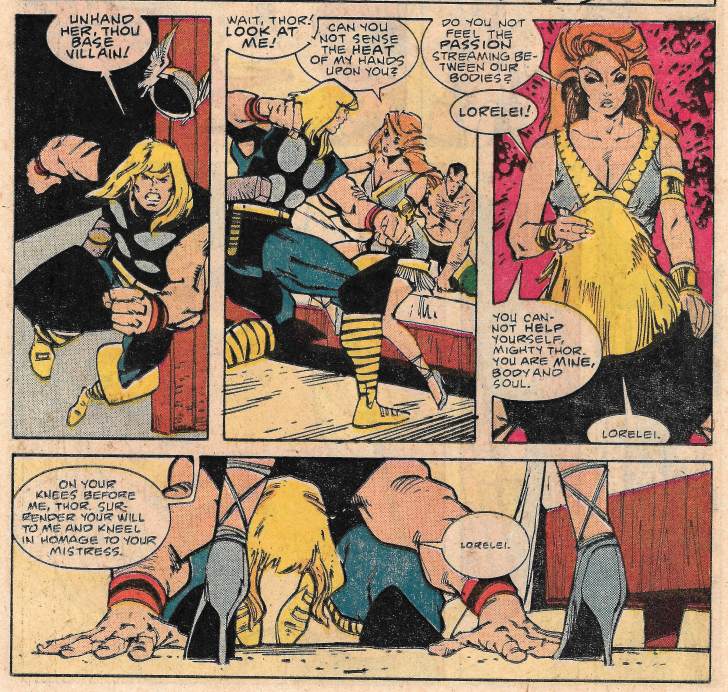 …but she can’t stop his rage at Loki for touching his beloved. 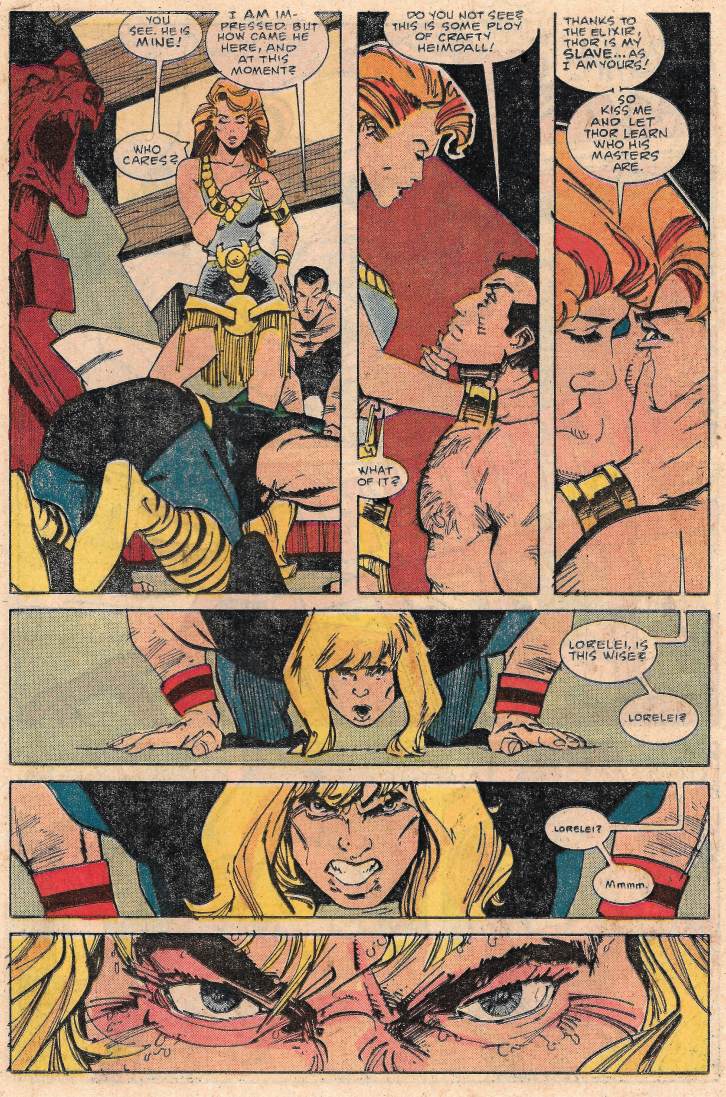 And that proves the villains undoing. For after a brief scuffle, with Thor coming to his senses about the evil Loki represents, Thor arrives at an elegant method of obtaining his cooperation. 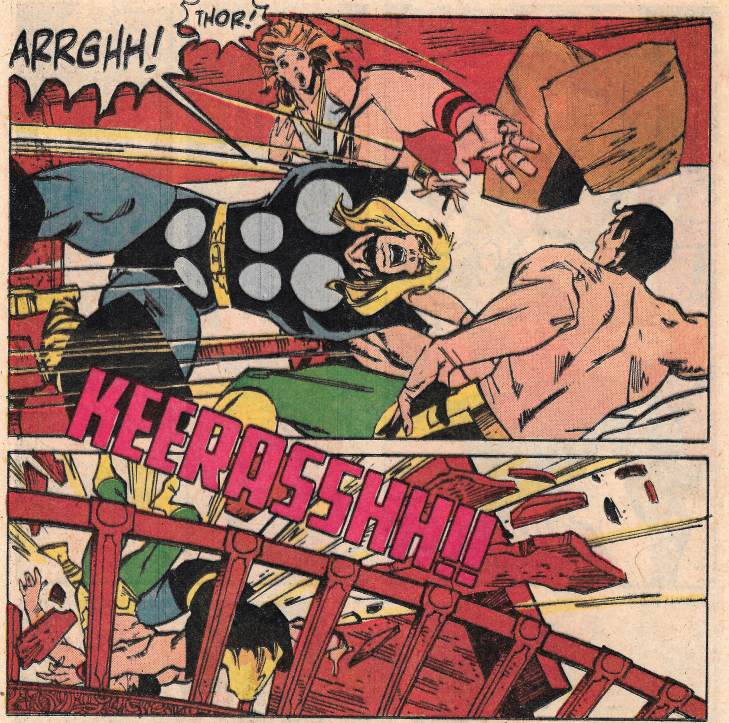 First Lorelei gets knocked out after Loki attempts to use magic to make Thor see duplicates of her. The real temptress is injured by the whirling force of Mjolnir, banging her head into a beam. 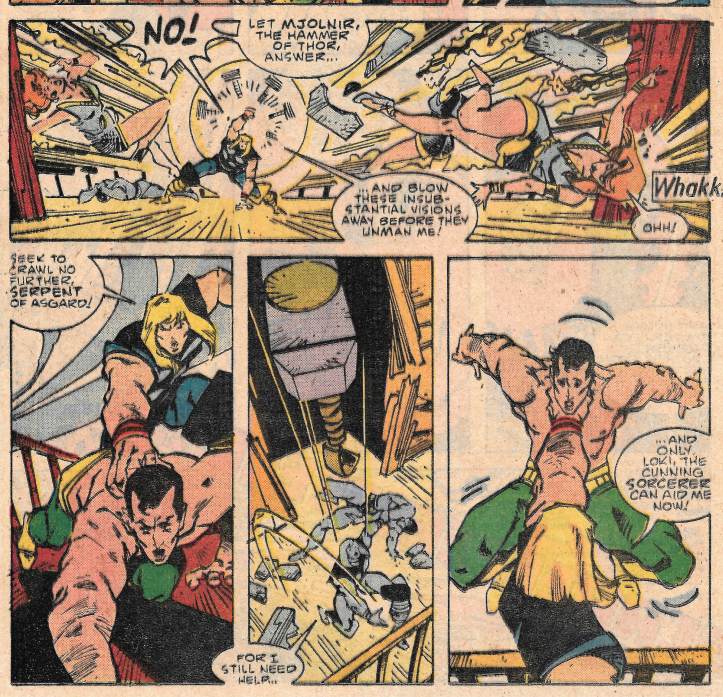 Then Thor flings his hammer far into the sky and takes Loki in his grip. At this moment he offers an ultimatum. 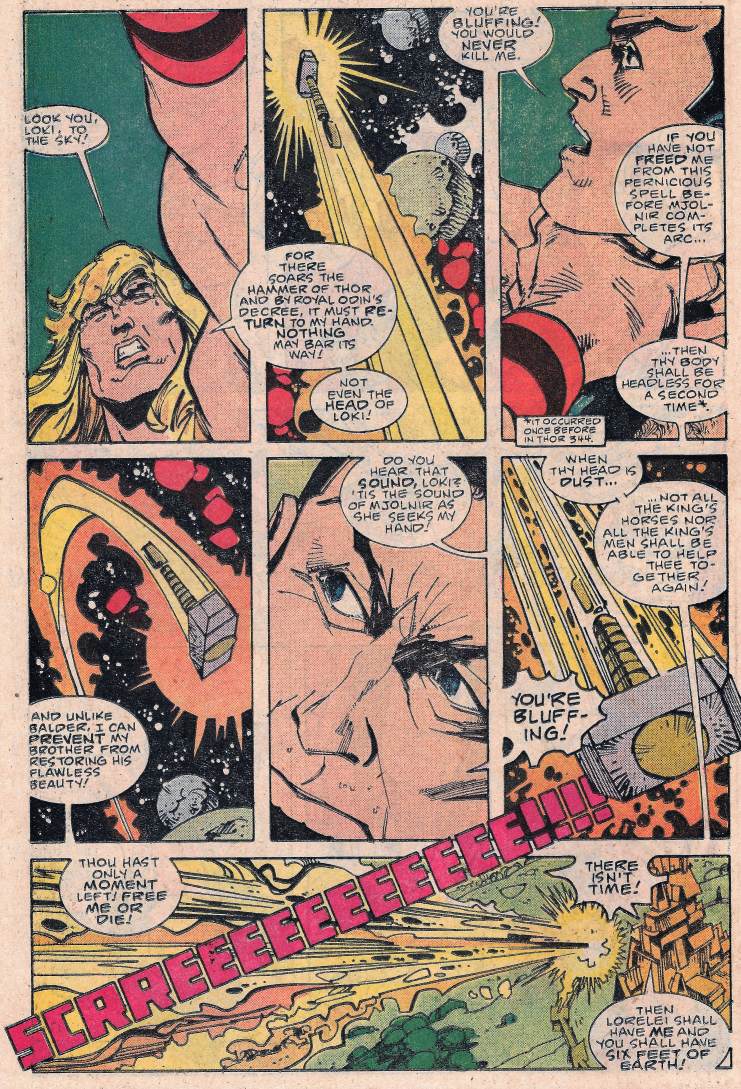 What follows is a tremendously familiar (to moviegoers, anyway) form of epic brinkmanship.

Loki’s will breaks at near the last second, uttering the spell that frees Thor... 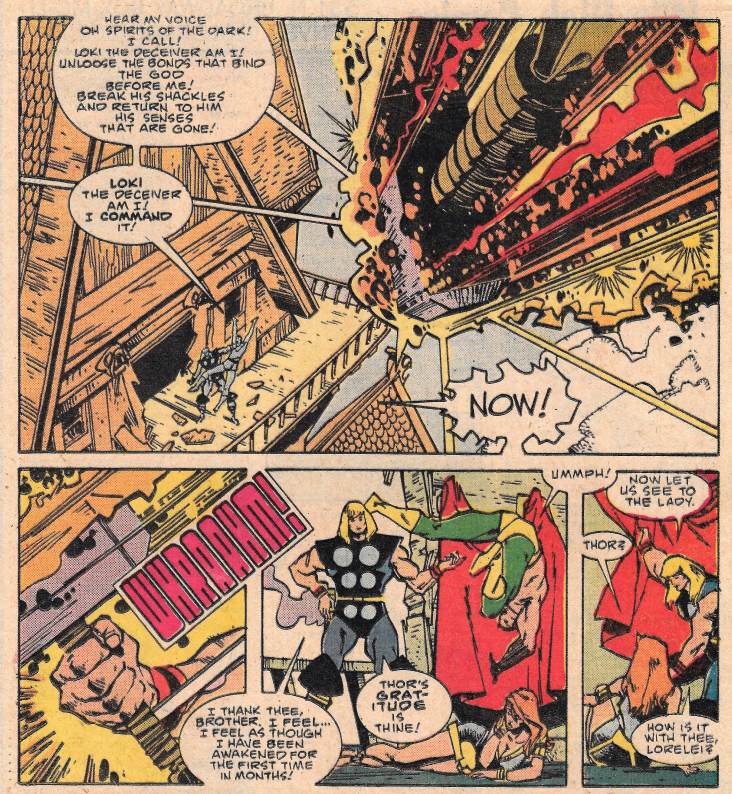 …and Thor proves quite the trickster himself, as the hammer returns to Thor’s empty RIGHT hand, not the one holding Loki. With that bit of enchantment dispelled, Thor gives Lorelei one final shove off…

…and the heads back to Asgard, proper, leaving Lorelei still in love with a decidedly dejected Loki. 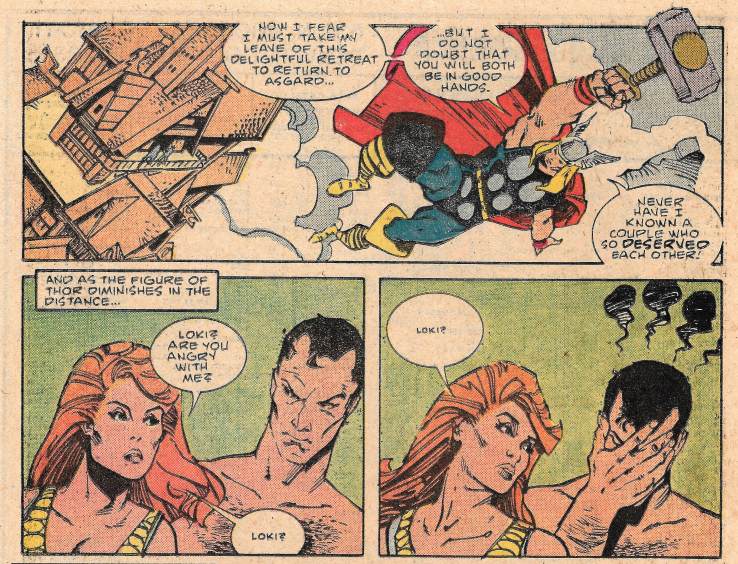 The issue ends with the return of the assorted armies of Asgard from Central Park on Earth. They had been exiled there when the Bifrost was destroyed in Surtur’s attack on Asgard, even as they fought his fire demon hoards on Earth. Aided by Beta Ray Bill, Thor creates a portal to transport them to the golden realm, in a very amazing sequence… 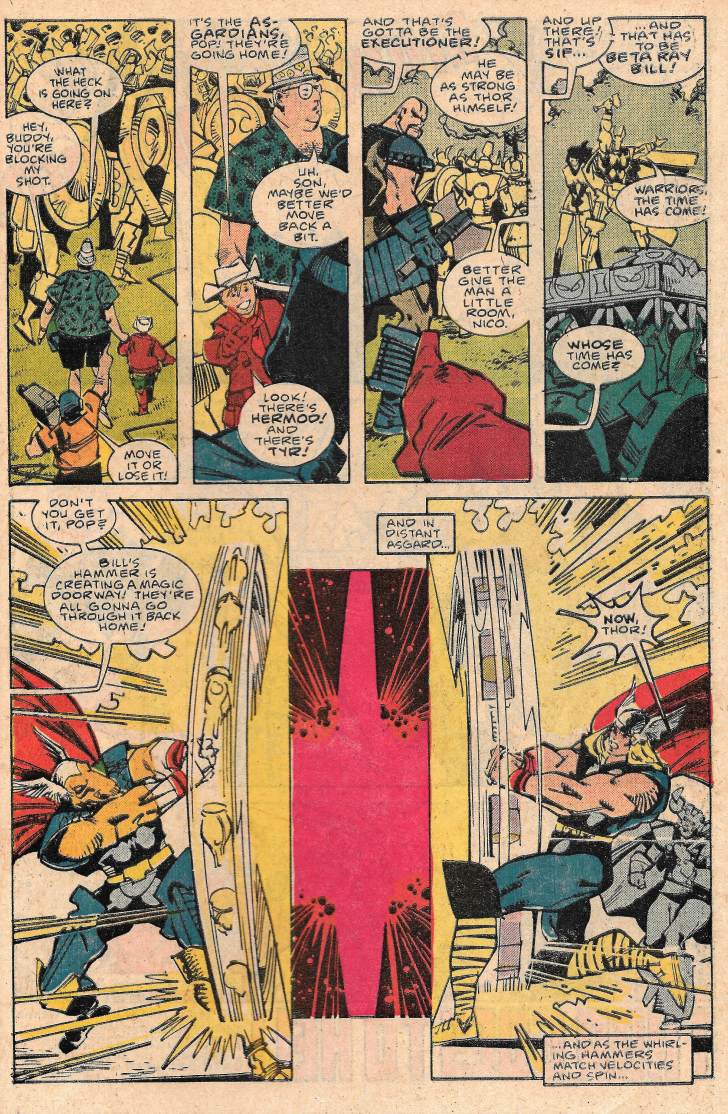 … that even has a guest appearance by Walter and Louise themselves. 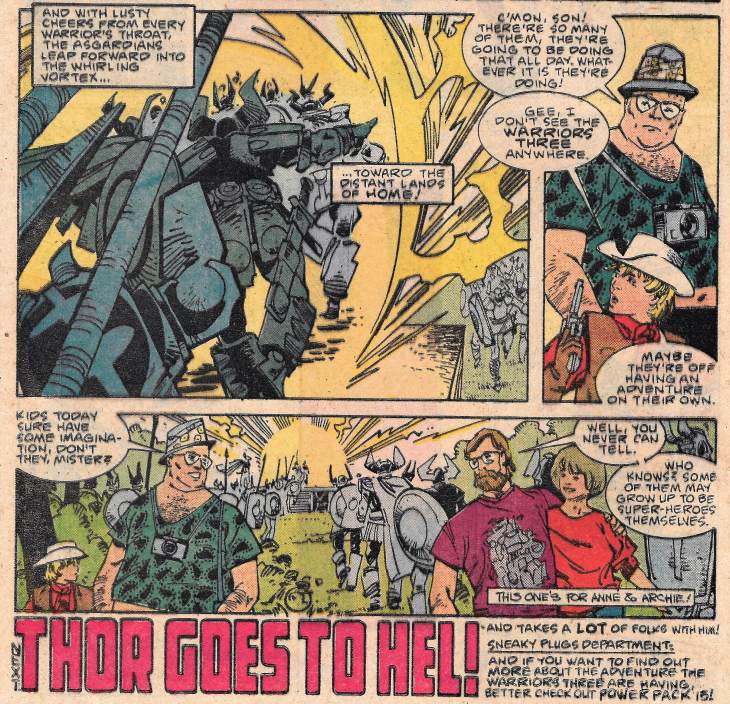 Such a fun issue.

So yeah, this was great. And timely. And wonderful.

Simonson’s stuff rarely shows up in the Crapbox. These are possibly the best Thor stories ever, ranking right up there with Stan and Jack’s stuff and I covet every one I find. It is odd that this one wasn’t bagged and boarded into my REAL comic book collection the moment it arrived.

But it wasn’t. It was in the Crapbox as if it knew that it was relevant. And it waited until two hours from showtime to appear there, begging to be read.

The Crapbox knows the future. And oddly enough, I’m kind of proud of that…
Posted by SonOfCthulhu at 3:44 AM