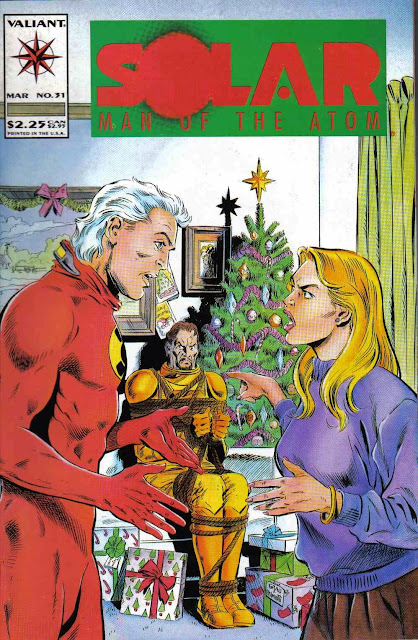 I’ve seen the light and it is Solar, Man of the Atom.

Once in a great while, a book comes along that feels not only true to the ideals of the superhero genre but also gives you a tangible impression of real life in its characters, situations, and dialogue. Invincible is one of those books. And so is Solar, Man of the Atom.

In the 1990’s Valiant licensed Solar from Gold Key along with a string of other titles to be part of Jim Shooter’s (boy does he get around) superhero line. Valiant significantly changed Solar’s origin and brought in Barry-Windsor Smith and Bob Layton to handle the art chores. By issue 31, Smith had moved on to other projects and Layton was now EIC of Valiant.

What is there to like about this book? The dialogue for one. Take this exchange at the beginning of the book. Solar has brought home one of his villains all trussed up like a Christmas turkey. His girlfriend is more than a bit annoyed by this intrusion into their holiday plans. Watch how this plays out and see if you don’t feel a bit of that ole Invincible magic… 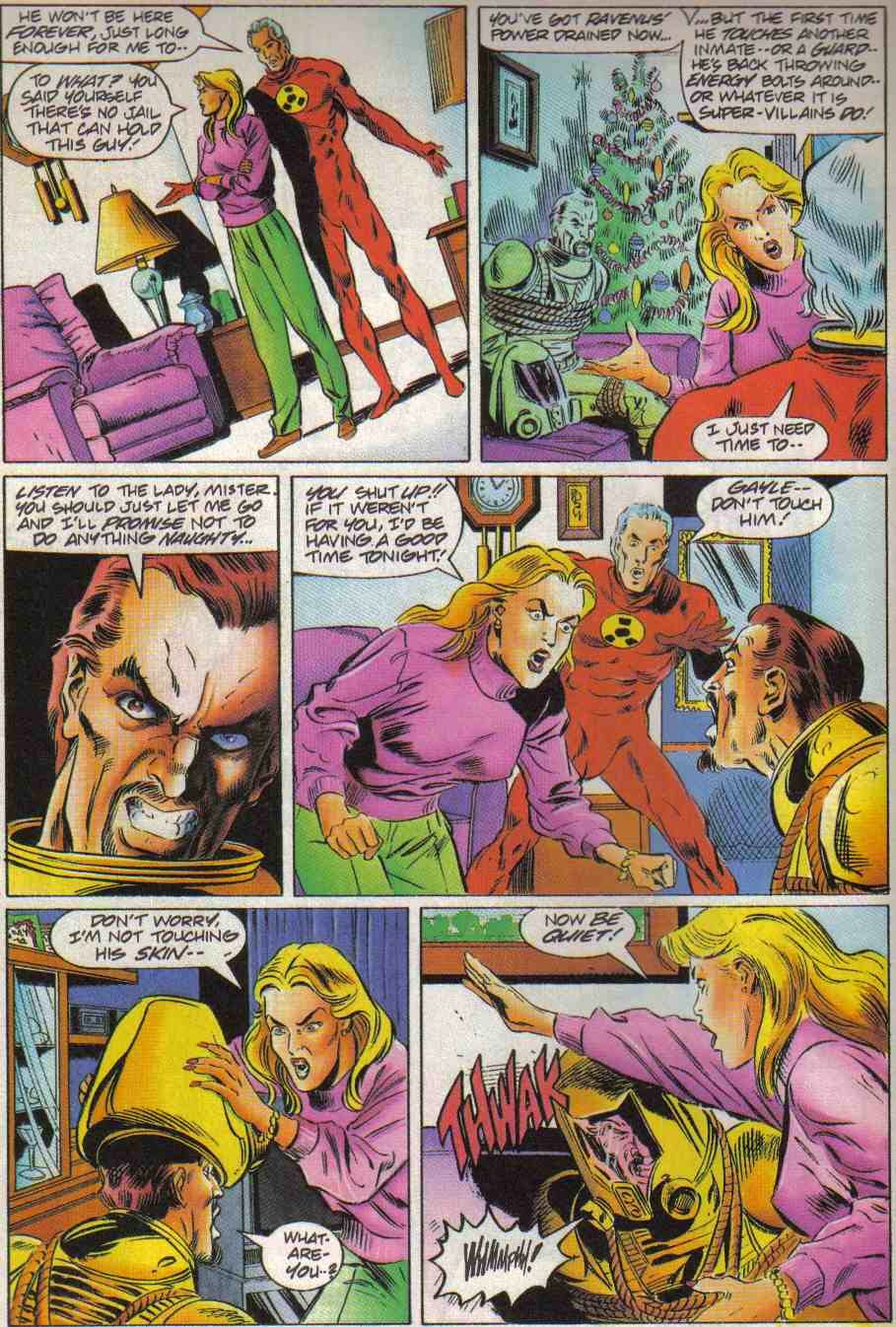 See how they react like real live people? This whole issue is chock full of stuff like that. Looks like Phil Seleski/Solar is going to have to figure out a way to keep his girlfriend happy. So they end up heading to their friend’s Christmas party with Ravenous in tow. Lucky for them, their host knows about Phil’s secret identity. 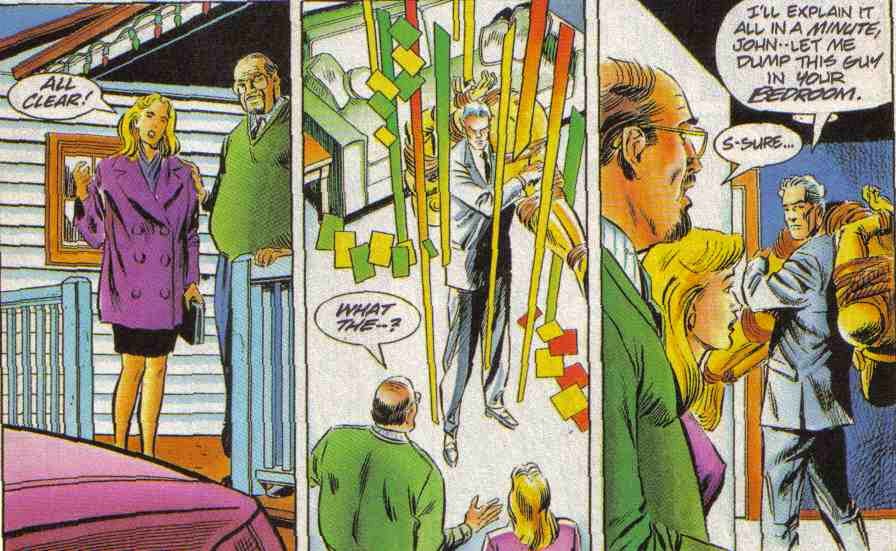 Usually I just bring the host a bottle of wine. All goes well until Ravenous slips his ropes and attempts to snack on a few of the guests. 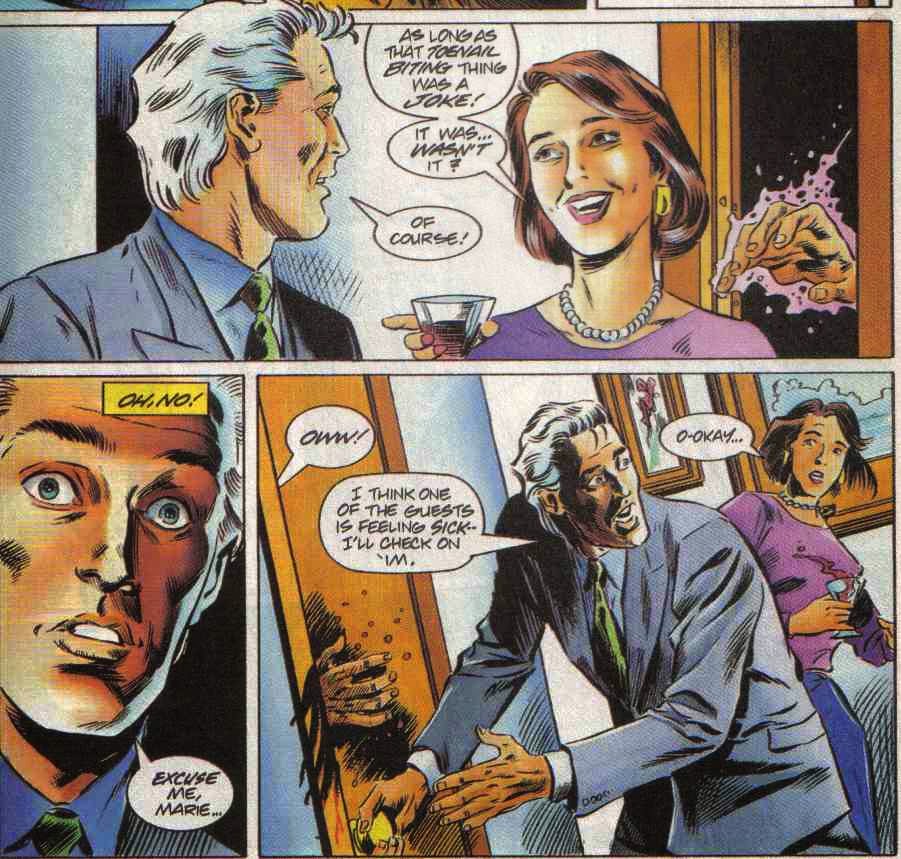 Gayle gets involved in helping Phil contain Ravenous, when suddenly he begins to drain Gayle’s lifeforce. Solar dispatches him and heals Gayle’s injury. This leads to some very dramatic scenes where we can easily grasp just how alienated Gayle must feel from Phil/Solar. 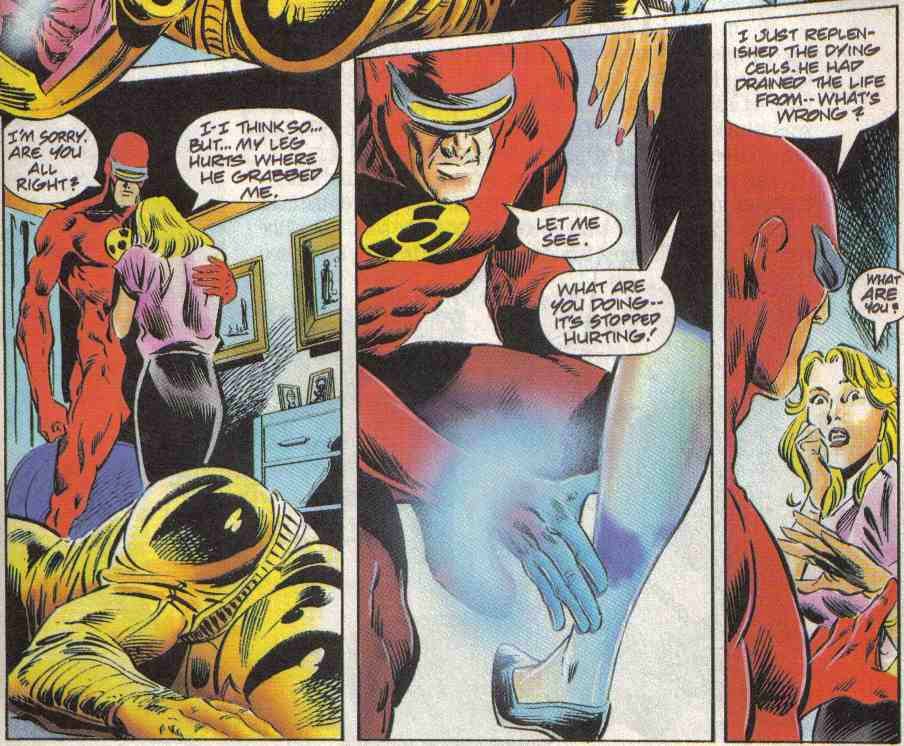 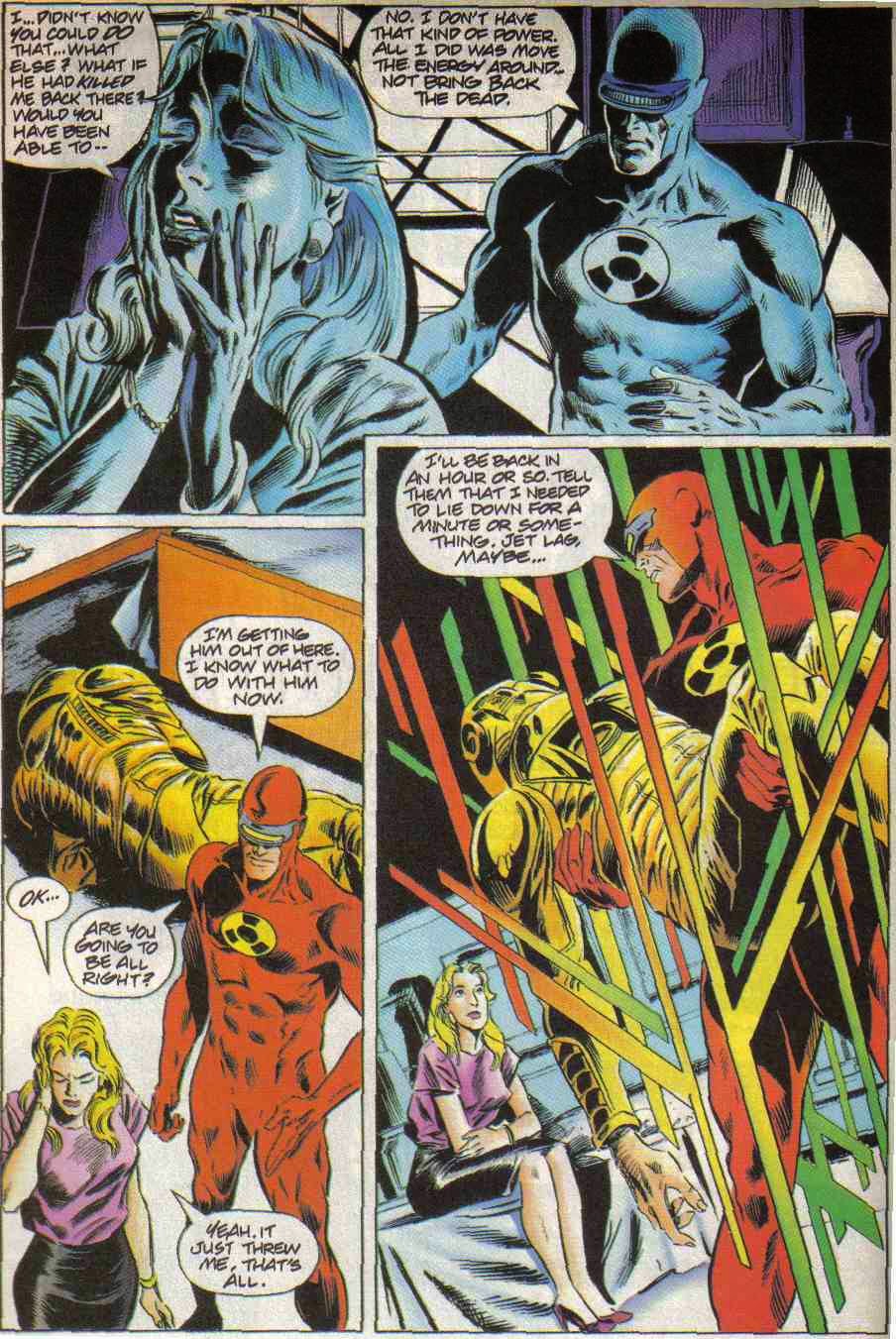 There’s more in the issue. Solar locks Ravenous away for good, Gayle’s Mom makes a surprise visit that ends up with her moving into Gayle’s house and Gayle’s new boss just happens to be Phil’s Father. All of these are handled very well and appear to be setups for things to come in future issues.

Solar may have me digging through back issue bins. It’s just that good.
Posted by SonOfCthulhu at 10:59 PM