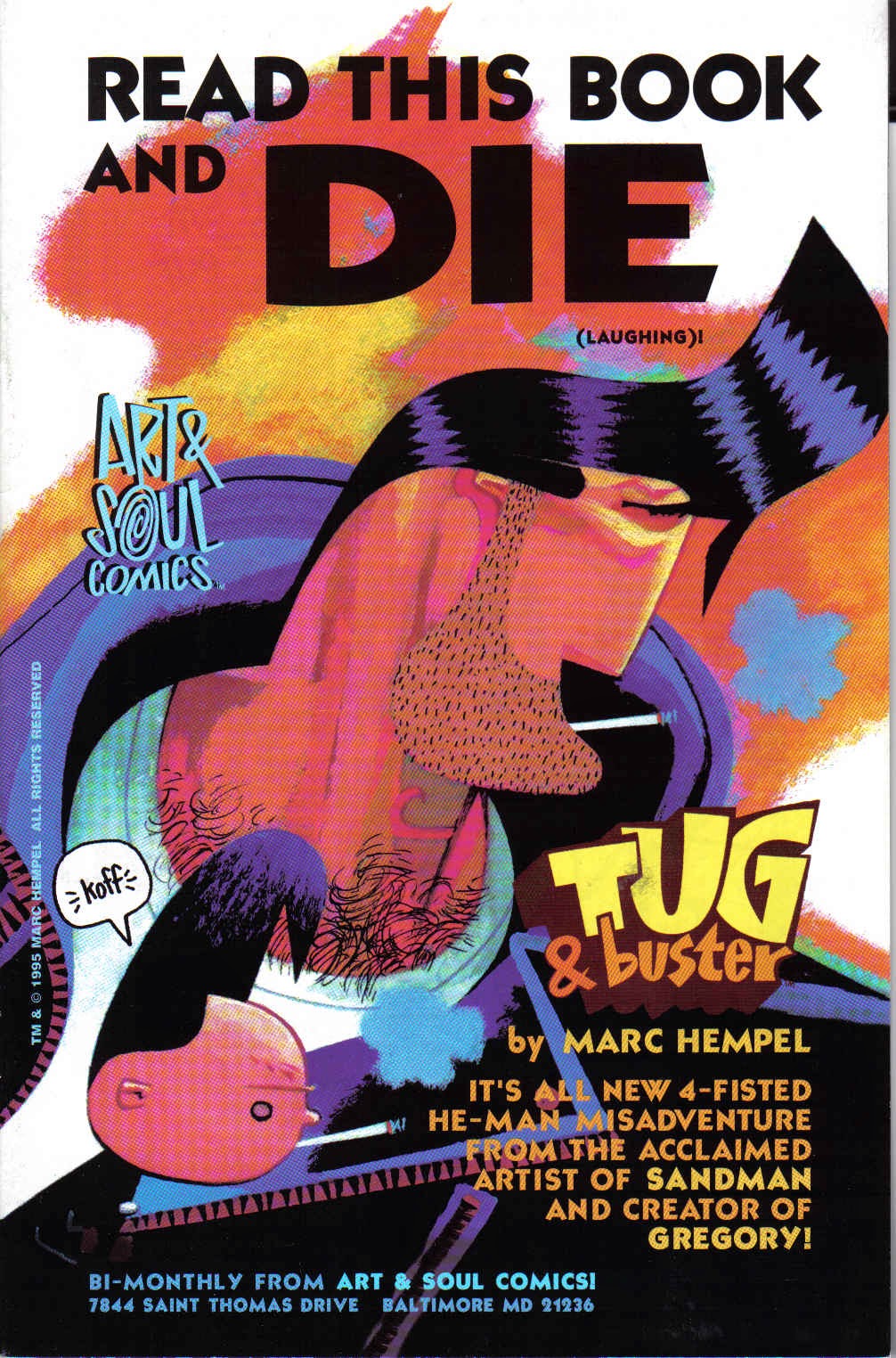 More like “You’ll wish you were dead!” or a least put out of your misery 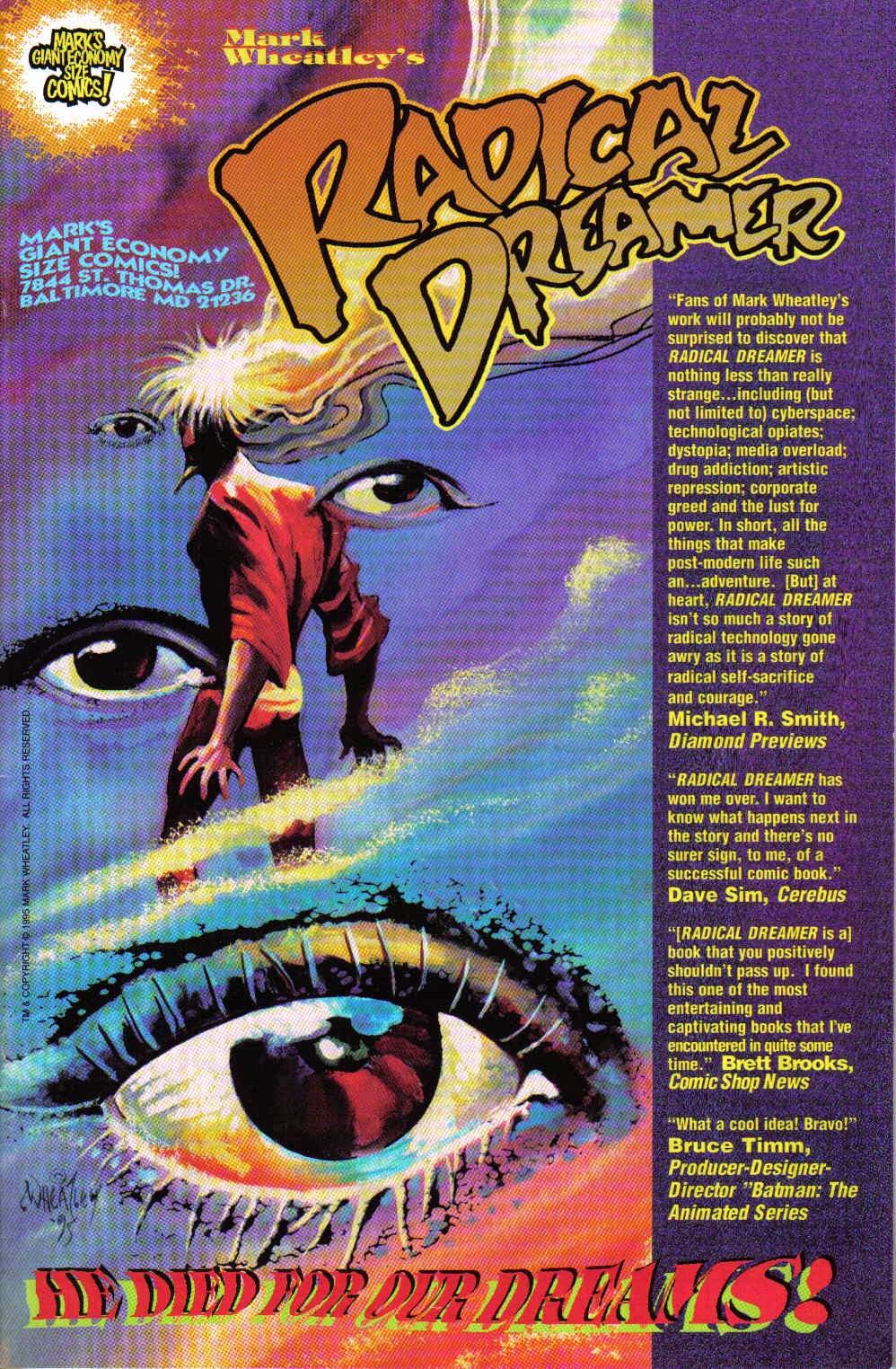 Was he reading the Tug & Buster preview on the back, perhaps?


You know going in that free previews of self-published books are going to most likely out-suck an industrial vacuum cleaner. What you hope for is not polish, but just some glimmer of raw talent or an intriguing idea that might have some flaws in execution. What you don’t want to see is what I got in the Radical Dreamer/Tug & Buster free preview. 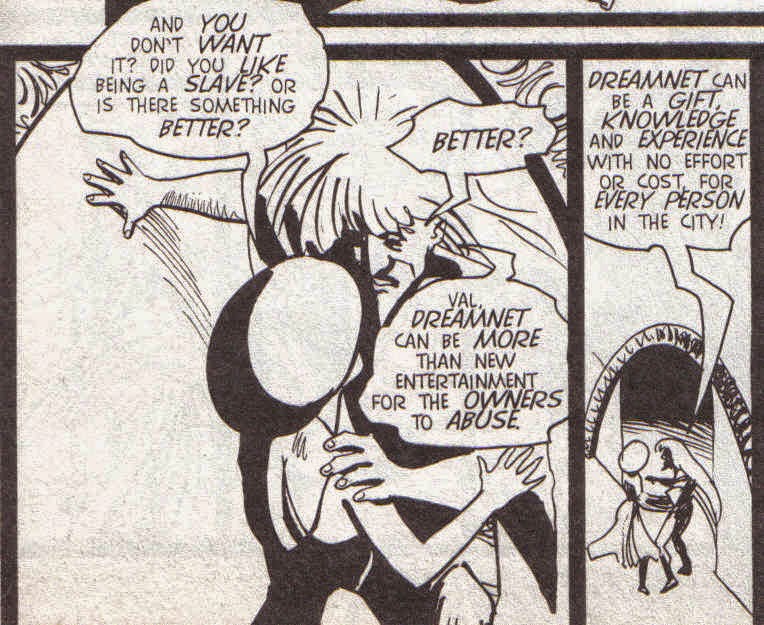 That’s some ugly-ass art there. Story-wise, apparently Max is creating something called the Dreamnet that could be an educational benefit to the world and the Owners, overlords of society, want to turn it into cable TV while you sleep. Max and his girlfriend Val discuss holding the Owners to the deal they’ve cut. 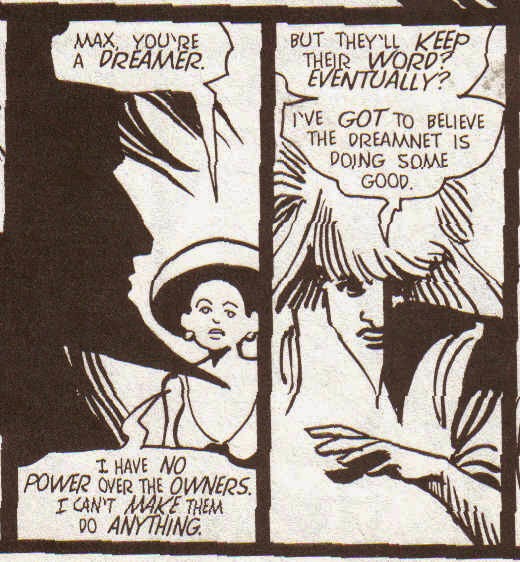 What happened to half his face? This book is doing the impossible: the art is actually getting worse. Story-wise, Max enters his own dreams and begins to remember when he first had the idea for the Dreamnet. Thankfully the preview ends there.

Radical Dreamer the series ended after four issues. Four issues seems to be some kind of magic number in comics. If an independent series hasn’t turned a sales corner or garnered critical acclaim by then, it is shutdown for some reason. My thought is that by issue number four, retailers cancel orders as they are starting to put their entire stock of a title into the back issue bins. Whatever the reason, with issue number four this title was put to sleep.

My hope was that Tug & Buster would redeem the preview. Oh, I should have thrown the book down then. It was written and penciled by Marc Hempel who’s claim to fame was one issue of Sandman. Marc’s art here is barely third-grade standard. The “humor” doesn’t rise to the level of preschool.  Here’s a quick sample of Buster. 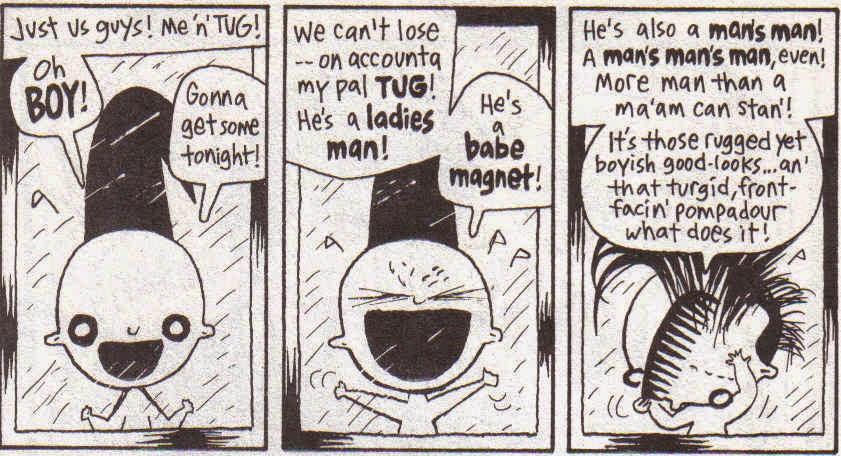 Buster is an annoying chatterbox who idolizes Tug. The more Buster talks, the more I wish his speech balloons were tangible objects and I had a pin. No, a pistol. I would pop each one before it got filled with more of his babbling. Also the fact that Buster looks like a five-year-old makes me hate him. It’s like when someone is trying for “cute and adorable” yet ends up coming off “ugly and attention-whorish”. What about Tug, the other half of this duo? 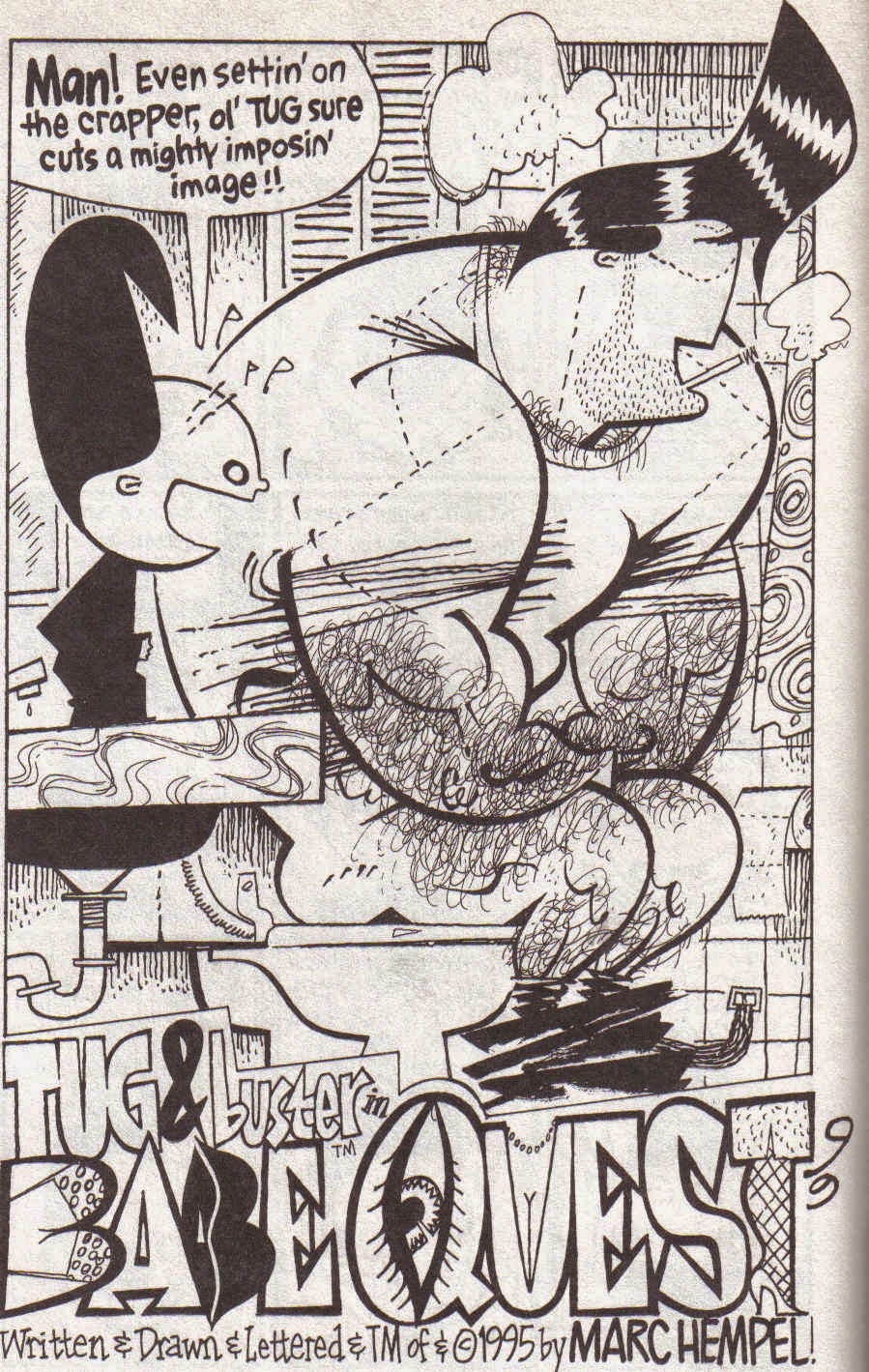 I have to say that the only thing I like about this book is on this page. No, not Tug or the fact that he’s on the crapper. It’s the lettering down at the bottom. The way that “Babe Quest” is spelled out with various female body parts is inventive. If they could just save this part and trash the rest of this book, it might have a shot with me.

Tug doesn’t say anything and his hair catches on fire. Buster continually talks about how manly Tug is and occasionally drops a dull-edged malapropism like this one. 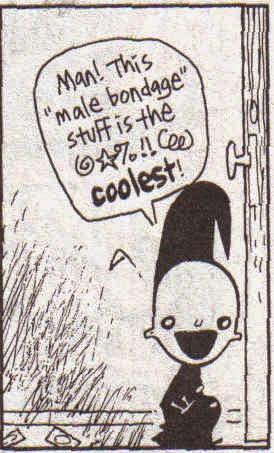 Charming. (Sarcasm off) Humanity has reached a bitter, bitter turning point. Tug & Buster lasted seven (Seven! Seven!) issues under its own Art & Soul Comics imprint and then another one (Eight! Eight!!!) issue under Image’s umbrella, then was traded (What! What!!!!) into two collections. I have a hard time believing anyone would accept the free copy, let alone pay for a book this bad. Yet it almost made it to a year. Our race may yet perish.


WAIT! I just realized that Tug & Buster was a Bi-monthly title. That means that it was only in production for four months. There must be some magic cutoff in the fourth month for comic book retailers. And maybe, just maybe the human race isn’t about to lemming itself off the nearest cliff.
But this junk was traded? Sheesh!
Posted by SonOfCthulhu at 8:16 PM