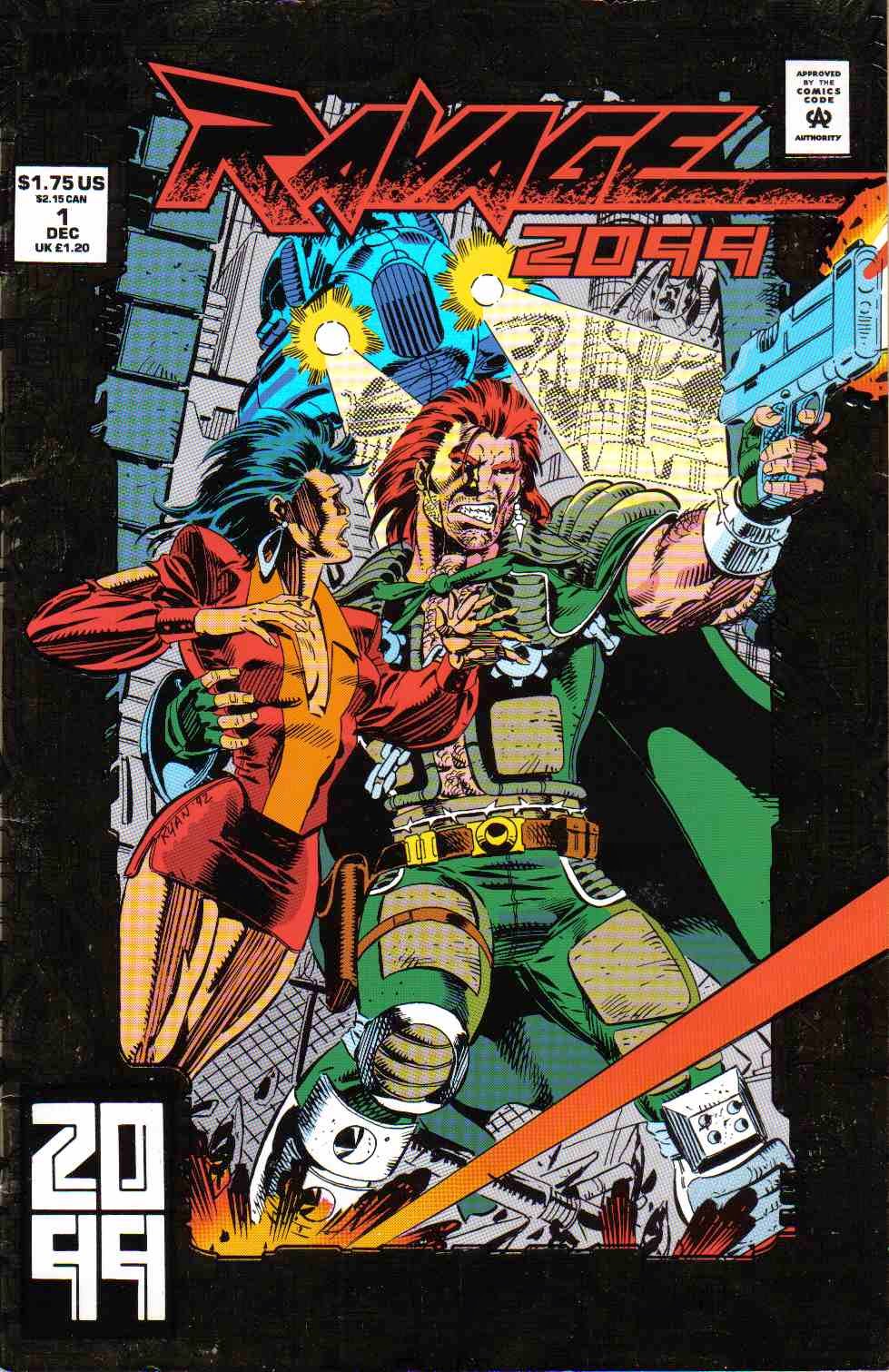 It’s not what he’s going to do to her, it just happens to be his last name.

In 1993, under the auspices of no less than Stan Lee himself, Marvel set about creating a future for the Marvel 616 universe. The result was a set of four monthly books (Spider-man 2099, Punisher 2099, Doom 2099 and Ravage 2099). The books detailed a future where all the current crop of Marvel heroes had passed away and new heroes were appearing to take their places. These new superpowered individuals arose to fight back against the faceless megacorporations and their evil corporate CEOs. Think “Batman Beyond” but without…ok, so maybe DC TV totally ripped off an idea here.

The initial series were so well received that the line was expanded to 12 monthlies including versions of everyone from Ghost Rider to the Fantastic Four. Sadly, sales flagged two years later and many titles (and characters) got the axe. Following a storyline of worldwide catastrophe, the 2099 titles were folded into a compilation series called “2099 The World of Tomorrow” that was released in 1996. It survived 8 issues before being cancelled. In 1998 a wrap-up one shot called “2099 Manifest Destiny” was issued.
As for Ravage 2099, it’s the story of the law-abiding head of Eco Central, Paul-Phillip Ravage. Ravage is an odd duck. He’s a corporate stooge, but only because he believes in the system. Too bad he’s completely clueless. His hot-babe girlfriend/secretary (Isn’t that against some corporate rules somewhere?) Tiana’s got it right. Her Dad was sent up the river by the Alchemax corporation. I mean that literally. 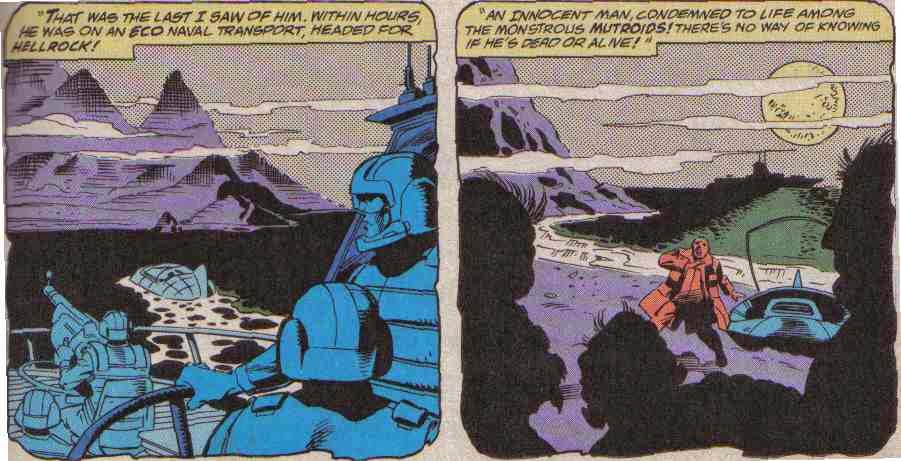 Damn those mutroids! It’s not long before Ravage does something stupid and we get to see the head of Alchemax send a mutroid over to dispose of the numbskull. Tiana proves to be the one without her head up her bum, but it’s too late. 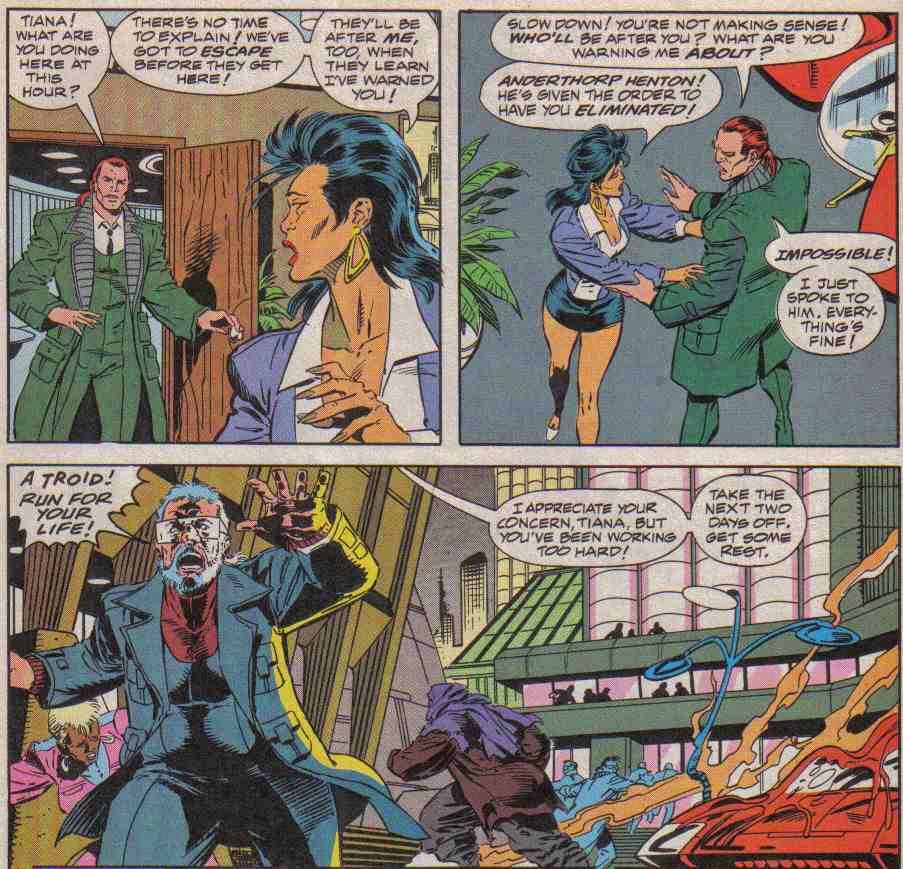 Ravage ends up framed as an Eco Polluter, framed as being in league with the mutroids, assumed dead and they probably put in something about him sleeping with his secretary for good measure. He’s not looking like the sharpest knife in the drawer, if you get my meaning. 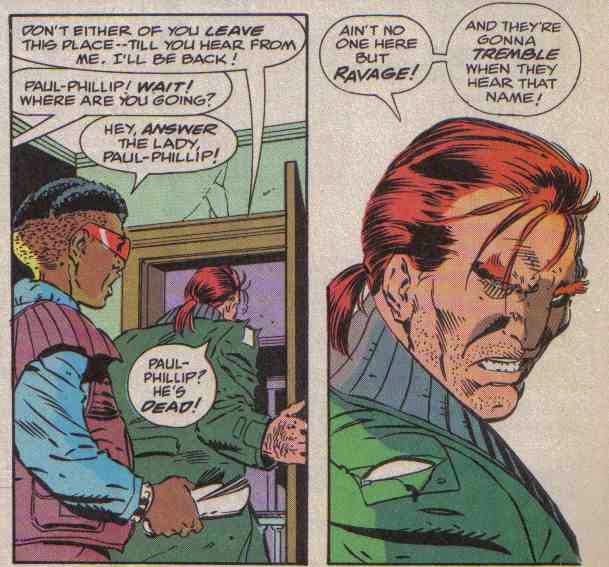 Ok, not so bright but determined. We can work with this. So now he has to restore his honor and bring the criminals to justice. He’s a kick butt hand-to-hand fighter, he just needs some weapons, so does he goes to a ninja supply store?

“Just what I need…A JUNK YARD.” No seriously, what does he do to make a costume for himself? 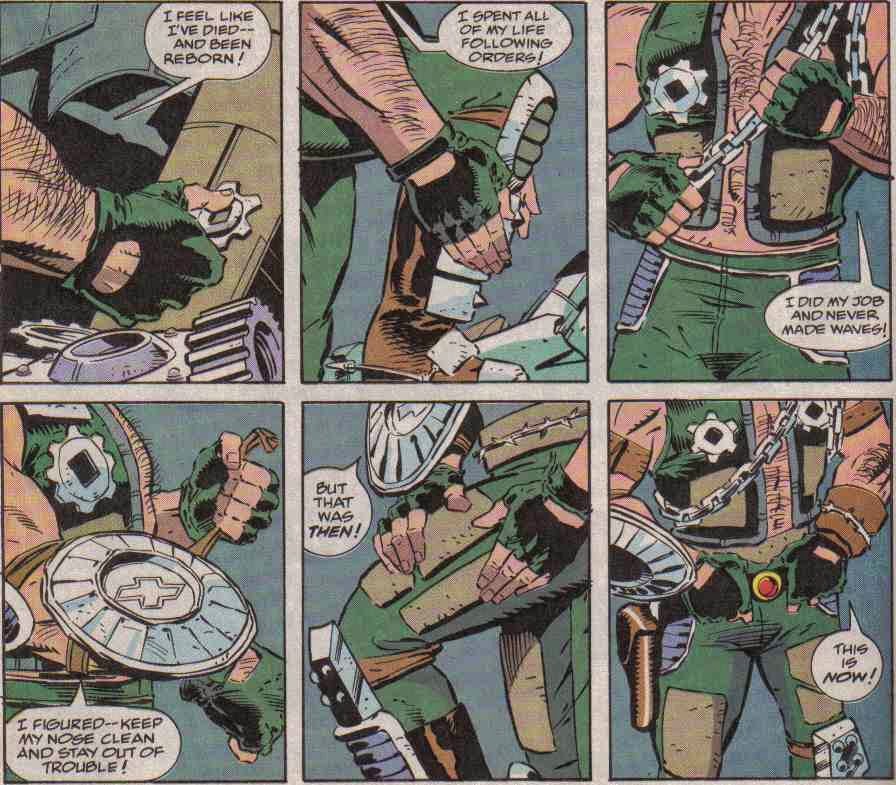 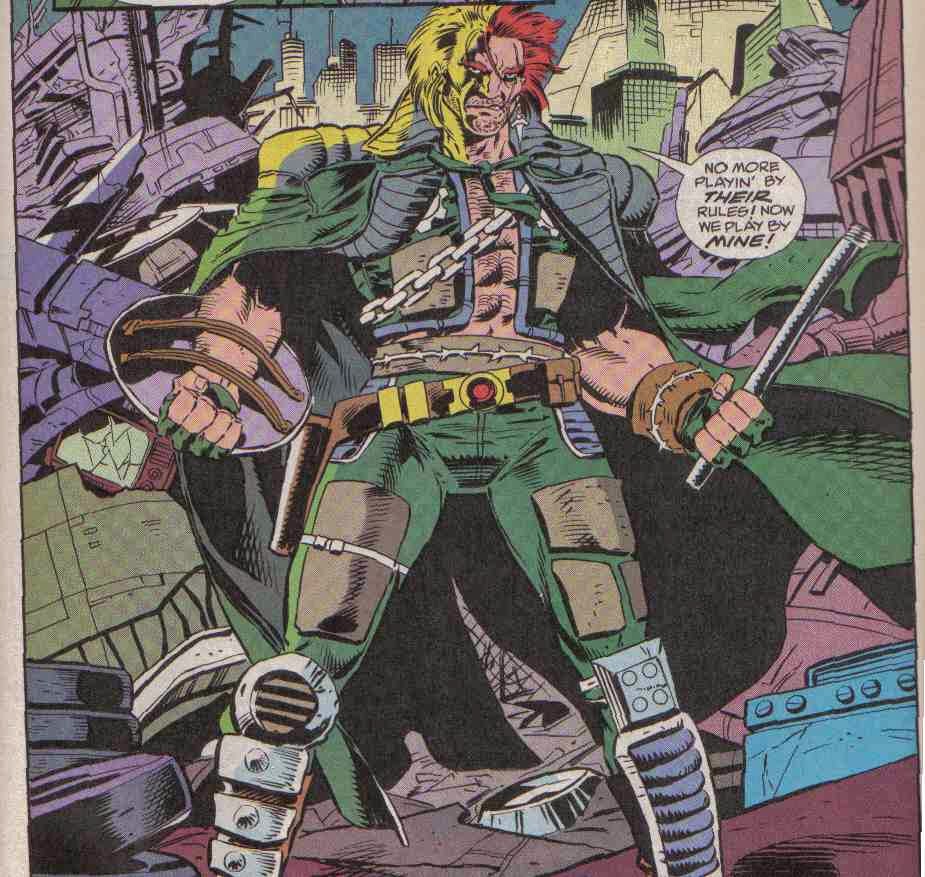 Ok. (wipes eyes) So maybe the message here is a big “we should recycle more” thing. All this talk about Eco terrorists and pollution causing humans to mutate into monsters could be a plea to act more responsibly. And what better way to push that point home than with a super hero that is really into recycling. Big statement book. I’ll stop making fun now. But Ravage needs a mode of transportation before we can say he’s a full-on-hero. I’m thinking something portable, easy to hide and that doesn’t stand out. Something like a motorcycle or a futuristic flying car… 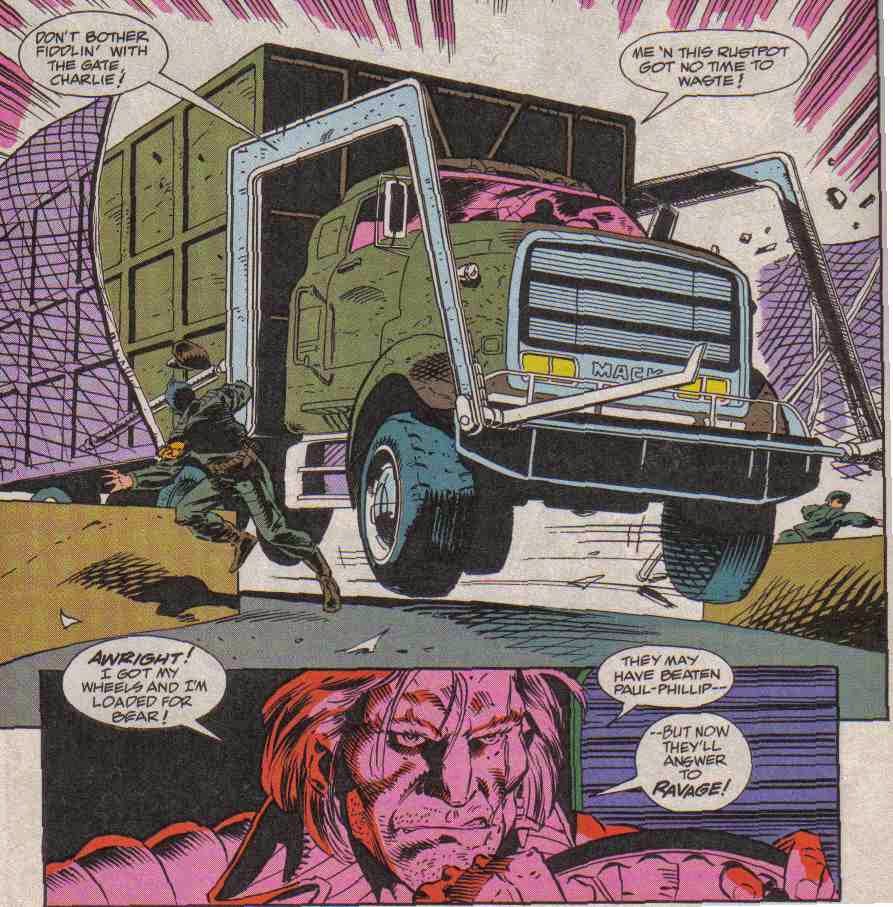 Beware Ravage, The Garbage Man. He’s taking out the trash monthly from Marvel. Baw-ha-ha-ha!
Posted by SonOfCthulhu at 6:18 PM