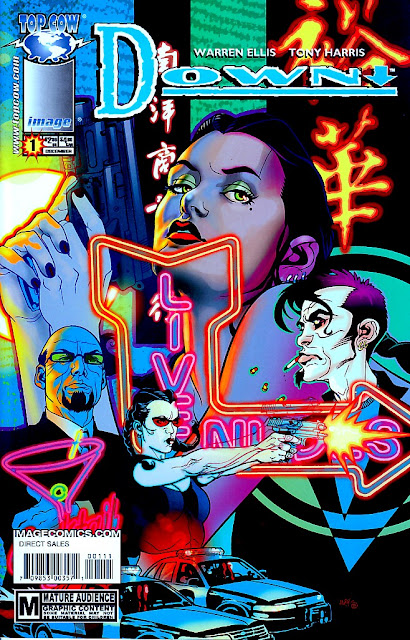 Warren Ellis gets down with this mature undercover cop story

When you speak of genius storytellers in comics that everyone can agree on, very few names pop up. Will Eisner’s name would come up first. Followed quickly by Alan Moore, Grant Morrison, and Neil Gaimen, maybe even Ed Brubaker. I would posit Stan Lee, but some might contend that. Like Lee, after that small list above there are several names that might be included or not depending on who’s doing the talking. Not to say these other writers don’t have massive amounts of talent, just that they have detractors or have had an issue/series that just didn’t hit with all audiences. Some examples? Geoff Johns would be one, where someone might point out “Superboy punches” or some other such story element, throwing the whole conversation down a different track.

A writer who is definitely in this latter group is Warren Ellis.

Ellis’s genius has led to such monumental books as Fell and Transmetropolitan and successful runs on Ultimate Fantastic Four, The Authority, Planetary, Hellblazer and Excalibur. He’s also responsible for books that are divisive, such as the love-it or hate-it Nextwave: Agents of H.A.T.E. It’s works such as the latter that give rise to critics who narrow their view to just the series they dislike. While they are trying to prove how bad a writer is using said series, they tend to ignore the massive amounts of great literature that same writer has produced. And with Ellis there is a ton of great stuff out there. Much of it floating to the top of my crapbox.

One of those great pieces is the first issue of Down, a four-issue miniseries Ellis did for Top Cow/Image. Issue one and all four covers were drawn by Tony Harris, a great artist, former Eisner winner for his Starman stuff and featured in the popular Ex Machina book. Harris passes interior duty to Cully Hamner after issue one, Cully being the guy that made most of you love Blue Beetle all over again. The mini spins the tale of Detective Deanna Ransome, a big city cop who spends her time doing undercover work busting drug dealers working for the Sakura mob. She’s two years in via transfer from New York City and tonight she’s going to make a huge career mistake.

The issue begins with a ragtop purple Lincoln pimpmobile pulling up to a brownstone in any-ghetto, USA. Out pops three bad dudes and our Hispanic heroine wearing pigtails and looking street. If you’re smelling bacon, don’t check the kitchen. These four are undercover cops, lead by Deanna. Their task tonight is to make a drug buy and try to get some information on who’s the next level higher up in the chain. Here’s our paranoid doorman of the evening. 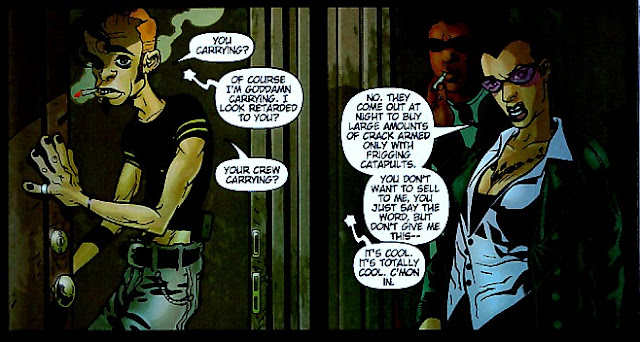 That would be cool if you could carry around a personal catapult. Wait, where was I? Oh, yeah: drug buy. So Deanna leaves her fellow officers to chill while she goes in the backroom to complete the sale. Unfortunately to get to the backroom, you have to pass by this bedroom. A bedroom that will cost a bunch of people their lives tonight. 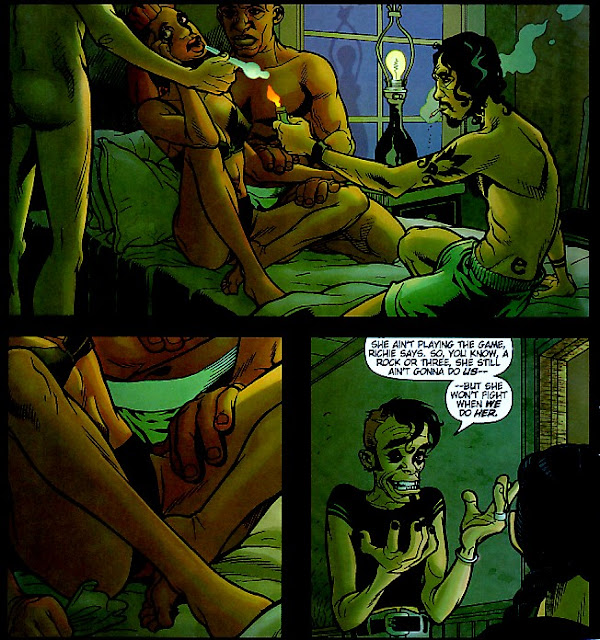 Oh, Lurch junior. Something tells me that Deanna’s not going to take too kindly to this type of activity. Maybe you should say something to defuse the situation. 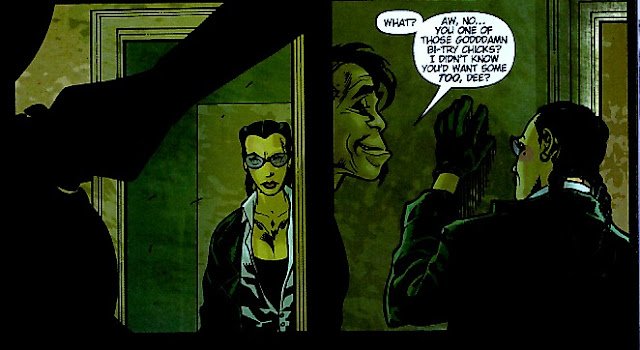 On second thought, maybe you should just keep your mouth shut. You don’t seem to know how to read people real well. That’s going to ensure you don’t make it very far in this business. Or any farther down this hallway for that matter. It’s at this point where she goes completely off the deep end and just gut-shots Doorman-guy. She says resisting arrest and next thing you know, his intestines are flying out his back in a burst of radiant blood splatters. Dee pops the first rapist in the throat, the second in the back of the skull with the exit wound thorough the eye and the third…eww, you don’t want to know. Wait. You do want to know? Ok, but first let’s find out if Dee has a reason for blowing her deep cover operation that took months to setup.

Well, as long as she’s not being vindictive or anything. 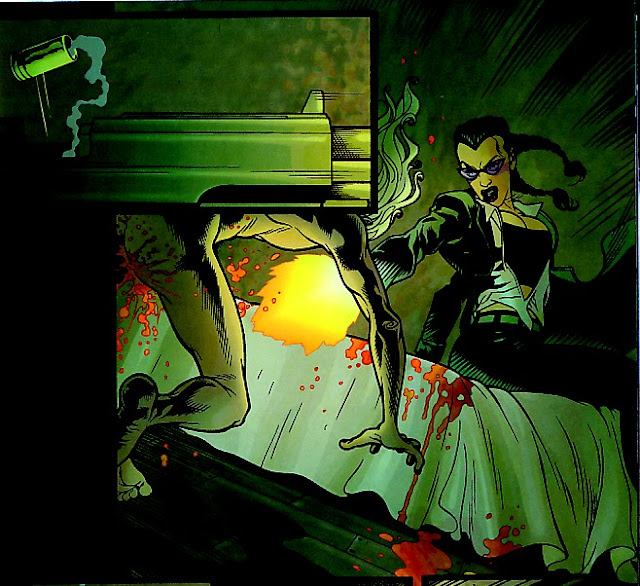 WOAH! She just shot that guy in the penis! I’m all for punishing rapists, but even I think blowing a guy's wee-wee off is a bit harsh. Couldn’t you just kill him instead? Oh, she does that next. 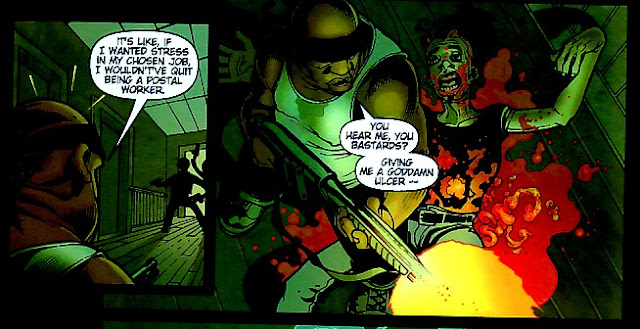 All this gunplay brings out the rest of the crack dealers out in their “armed to the teeth” mode. Baldy here leads the pack. The object of his fire is Dee’s teammates in the first room. They return fire of course. Dee meanwhile is still in the bed room off to the side. She makes a reappearance just as big, bad chrome dome walks past. 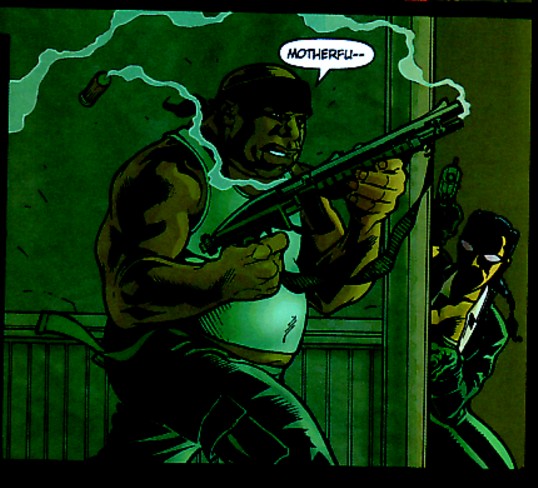 She’s going to wound him so she can question him later, I’m sure. 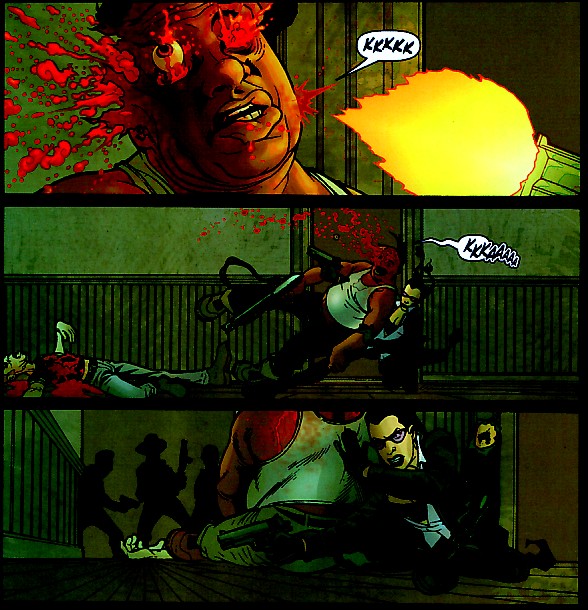 Or not. Good thing hairless is a bit on the chubby side. It would be hard to use a skinny guy as a human shield. But gordo is like his own little bulletproof fort. The rest of the drug dealers help Dee test out his defenses.

I wonder where all those bullets go. *shrug* Oh well, it’s all good because Dee gets a two-handed handle on the situation and shuts the crack house down with some crack shots. 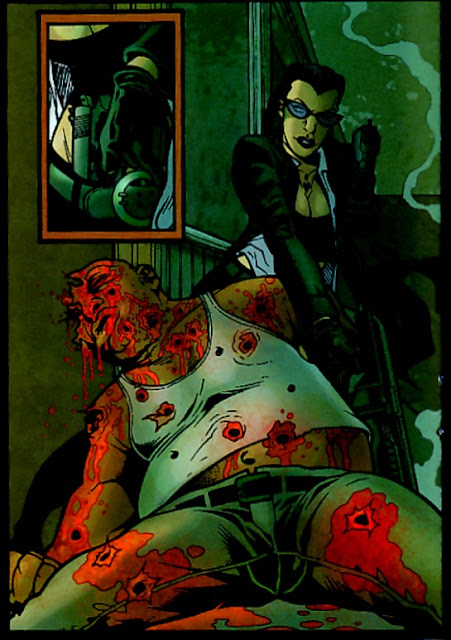 Ewww! Baldy got more holes than a sheet of peg board. His girth saved Dee’s bacon however. But there still seems to be less holes in him than I saw the bad guys firing. Hmmm. Guess it’s just a mystery. 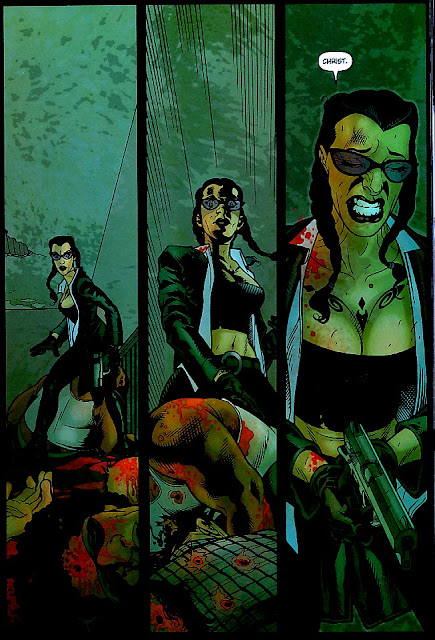 Mystery solved! That’s where those bullets went. Into Dee’s partners. She’s sure to receive a big promotion for solving the mystery of the disappearing ammo rounds. I wonder why she looks so distraught?

For reasons that completely escape me, Deanna is suspended from the force pending an investigation. She’s stuck at home, leading me to assume that police work is the only thing she does. So on a rainy week day, she can be found smoking herself into early lung cancer in a one room apartment that really needs cleaning. An unexpected phone call changes all that.

Lieutenant Price has an offer for Deanna, but insists she meet in person with him to talk about it. His offer means she gets to go back to work, but only as a deep cover operative. I really like this panel of Dee waiting for Price in the rain.

Seems Price has an “Apocalypse Now” type problem. One of his officers by the name of Nick River went undercover in the Mendoza mob. Which surprised me, since I thought Nick Rivers was undercover in Germany fighting the Nazis in that “Top Secret” movie.

Nick was suppose to work his way to the top and then do something very un-police like. He was sent in to kill the head guy in a way that sent a message to the other gangs to not mess with the police. Nick did all of that and more. He then took over the Mendoza mob and is now running things. Price wants River and needs someone who can work their way in close enough to pull him back out. Dee has all the credentials and hasn’t worked the Mendoza gang. Price has only one reservation: why did Deanna start the shoot out. Her answer is they were going to rape that woman. 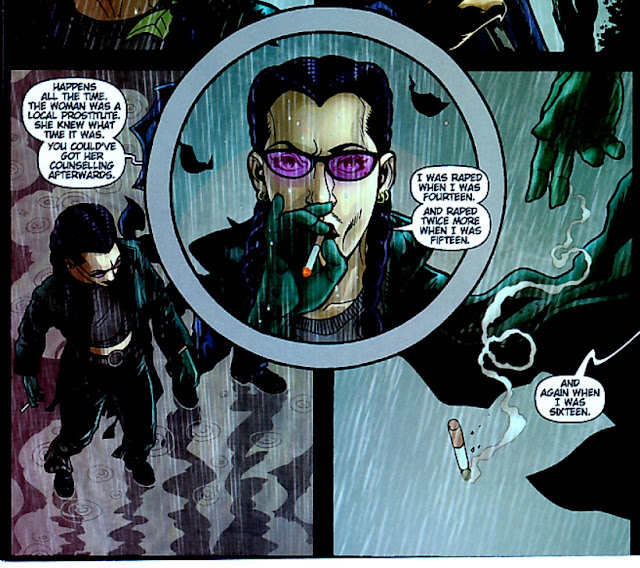 It’s about this time that Dee and Price come to an understanding. 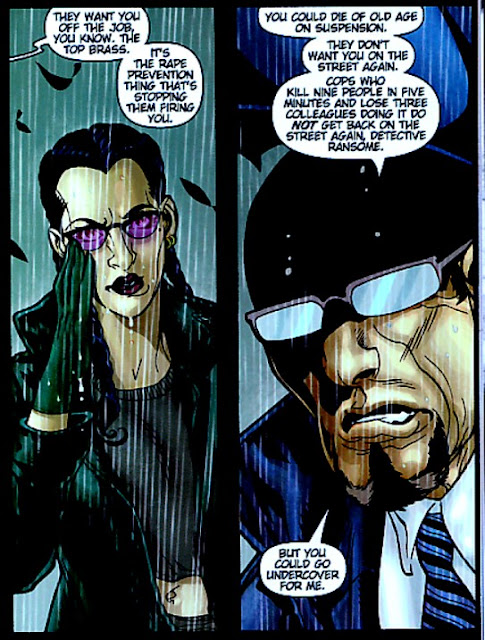 And that’s were Down #1 ends. Really wish this had been one of those books where all four issues of the series were in the same comic bundle. Looks like I’m going to start scouring around for the complete set now.

Posted by SonOfCthulhu at 4:29 AM